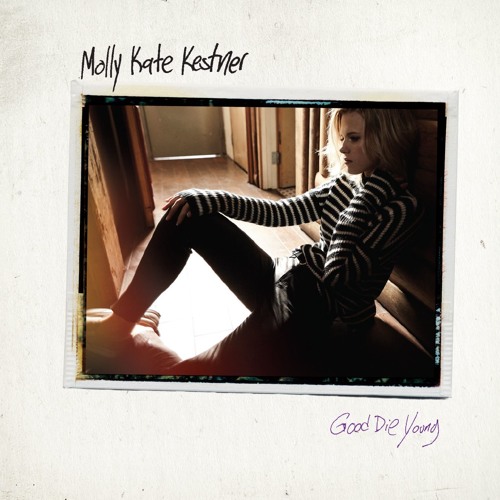 This 45th edition of the Melodic Tonic features six new music cocktails from artists in the U.S., Belgium, and England. Just because 2016 is coming to a merciful close, it doesn’t mean we have run out of exciting music to share. So get comfy, pour yourself a nice beverage, and let’s dig into these treats that start with this rockin’ tune from California. 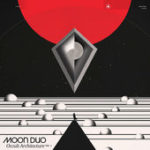 If there’s one thing that’s been lacking in 2016, it’s balance. This has been an extraordinarily dark year, especially in music. Fortunately for fans of San Francisco indie psych rockers Moon Duo, they understand the concept of balance. You’ll notice that on their forthcoming album, Occult Architecture. It will be released next year as two separate LPs, showcasing the yin and yang (or the dark and light) of their music. Neither light nor dark, “Creepin'” is a full sonic assault of unbridled energy. The balance on this song lies with the dynamic mix of soaring vocals and raging, cranked-up-to-11 guitars. This track is a Maxell advert brought to life! (Kids, Google that reference.)

The first volume is already streaming at Apple Music. You can find their back catalog – including the excellent 2015 LP, Shadow of the Sun – at Amazon and iTunes. Sacred Bones Records will release Occult Architecture on February 3rd with pre-orders from iTunes. 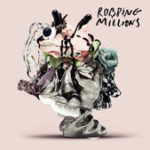 When we write about bands, we like to include similar “Recommended If You Like” artists to help you develop a baseline on what to expect, genre-wise. Today is different, since Belgian indie band Robbing Millions isn’t an imitation of anyone else. Their sound will captivate you with its originality. It’s easy to slap the “shimmering” descriptor on songs like this, but that word truly does capture their brand of breezy, lightly psychedelic indie pop/rock. In a world of imitators, the originality of Robbing Millions is a treat to find.

With elements of Congolese beats fused with hints of jazz, “WIAGW” is the perfect introduction to this wildly talented new group. You can find it on their new self-titled EP. It’s out now via PIAS Belgium and available on iTunes. The group’s previous releases are on their Bandcamp page. 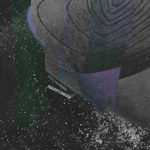 When we first wrote about British indie band Happyness, (OK, “gushed” is more like it), we could hear echoes of American indie rock, namely Wilco and Pavement. For fans of those bands, the idea of a newer generation following in those legends’ footsteps made us a bit giddy. Are we impressed or distressed that Happyness are less Wilco-y on their latest single, “Falling Down”? Definitely the former. Instead of hearing Wilco, this song’s long (nearly two minute) intro calls to mind Nada Surf and Grandaddy.

Look, comparisons only go so far. This tune deserves to be heard with minimal distractions. So grab the headphones, crank this one, and lose yourself in its blissed-out indie perfection. If you haven’t already discovered (and immediately fallen for) Happyness, what are you waiting for?

Tunnel Vision on Your Part is out now on iTunes via Moshi Moshi Records. Their forthcoming album is due soon from Moshi Moshi and Bar None Records. 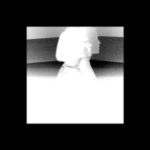 It’s been about six months since we last shared music from Team Picture. We were blown away by their smashing debut single, “Birthday Blues”, especially since it was the product of such a new band. (They’ve been together less than a year. Yeah, let that sink in for a moment!)

On “Potpourri Headache”, the Leeds band delivers a heady concoction of alt/shoegaze. This single is the polar opposite of “Birthday Blues” in terms of style, and it shows the depth and speed of their continuing evolution. This six-minute trip features layers of fuzzed-out guitars and ethereal vocals swirling around a lush soundscape. The first four minutes are a steady crescendo that feels like you’re on a winding road into mountainous terrain; the last two minutes take you to the summit.

The verdict? Do not listen to this while operating heavy machinery. Your mind and body will be far too relaxed. Stream this song from their Soundcloud page while you wait for their album to arrive in 2017. 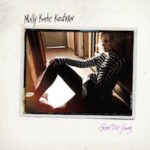 Lyrics like “Can you tell me why the good die young” might seem like a clichéd musing if posed by a lesser talent. But when the question is belted out by singer/songwriter Molly Kate Kestner, it feels like an impassioned plea for answers. The timing of this single’s release is especially therapeutic in light of the many tragic losses this year.

This 21-year-old Minnesota native expresses what we’re all feeling on “Good Die Young”, so let this emerging talent bring you some relief. Kestner’s powerhouse vocals have the intimacy of Sara Bareilles and the warmth of Brandi Carlile. Get to know this superstar in the making now. Why? Her very first YouTube video has over 15 million views and counting. One listen to this song and you’ll understand.

“Good Die Young” is out now from Atlantic Records and available on iTunes. 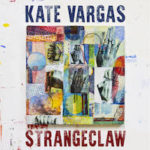 December is usually a slower month for the music industry – it’s when we focus on year-end, best-of lists. It’s also when we share gems you may have overlooked. “Call Back the Dogs” from “outlaw Americana” artist Kate Vargas is one such gem. Her new album, Strangeclaw, keeps delivering the goods, track after track. When you think you’ve found a favorite song, along comes the next one and your jaw hits the floor once more. That’s what happened when we first wrote about her in June.

A “magical blend of blues, folk, and rock” is how we described the album’s lead single, “Second Skin”. That magic is still very much alive on this new one. There is plenty of sass and grit on this song. Some albums deliver a few savory morsels that temporarily please before passing from your memory. “Call Back the Dogs” has the sizzling appeal of a thick, juicy steak. (Apologies to vegans!) You can really sink your teeth into this tune. It’s that rewarding.

Strangeclaw is available in digital format from her Bandcamp page. 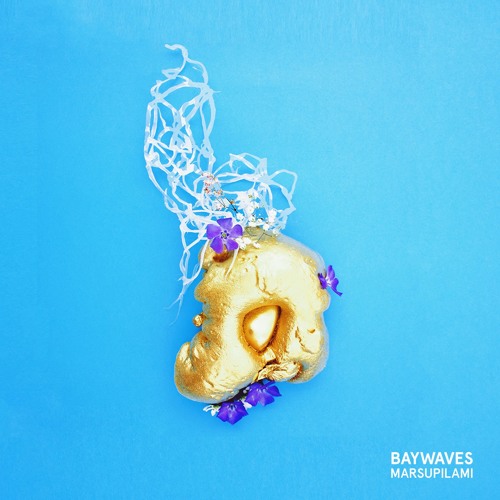