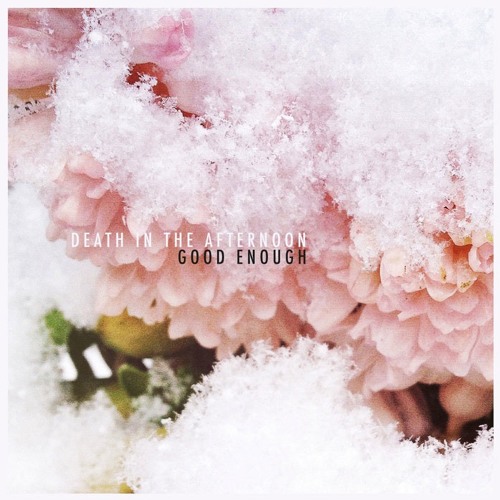 It is only ten days until Santa breaks into millions of homes around the world, and if you’re fretting the day The Matinee December 15th will ease your nerves. As usual, we’ve traveled far and wide for new music. Do listen to the very end, as the last song is one of the most moving and powerful songs of the year. It is also an extremely timely one given the season and the future that awaits. 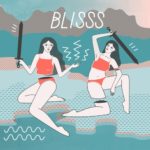 It’s the holiday season and everyone likes surprises, especially when the gift inside the small package is OMG-worthy. This description applies to the new single from Blisss, which is the side project of multi-instrumentalist and producer Tom Greenwood.

During the first twenty seconds of “Porcelain”, the song sounds like a jingle to a cheesy Christmas song as all that is heard are keys and synth. Then the guitar, percussion, and vocals enter the fray, and a psychedelic haze completely engulfs the song. Suddenly, our expectations of hearing sugar plums and Santa Claus coming to town are overtaken by an incredible urge to run to the fridge and grab our favorite tonic. That’s the only way to experience this tune – to get absolutely lost in it, especially given the tongue-in-cheek nature of the lyrics and to enjoy the excellent guitar solo at the three-quarter mark.

Greenwood performed most of the instruments himself on the song. Imagine if he had a full band to perform this tune. It would be a riot. 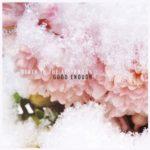 We’re a little late to the party on Death In The Afternoon‘s newest song, which was released in the summer. We’re kind of kicking ourselves because DITA dazzled us over a year ago with their hypnotic single, “82”. On their latest number, “Good Enough”, they expand their sound, moving from the dreamy to the delirious.

The song begins an air of mystery as a psychedelic-funk smoothness a la Tame Impala envelopes the first 2 1/2 minutes. During this period, the music feels like a flirtatious dance between two strangers. The track then evolves into an evocative, ambient wonderland as the synths and beats take over. As this occurs, we realize we have been seduced, spiraling head first into DITA’s dazzling and sensual world. The entire experience is exhilarating.

Since we started The Revue, our focus has been on highlighting the hidden gems that litter music across the globe. There may not be a band more deserving of the title than Germany’s Kraków Loves Adana. The project started by Deniz Cicek and Robert Heitmann has been around for years, and they are in the final stages of completing their third album. If the rest of the album sounds as great as the latest single, “False Alarm”, Kraków Loves Adana will no longer be able to hold on to this title.

This song is so good. The brooding soundscapes are startlingly beautiful, providing the perfect soundtrack for a late-night drive beyond the glimmer of the city’s lights and under the pale moonlight. Cicek’s deep vocals, meanwhile, are absolutely engrossing, quietly bellowing with the urgency of a entrapped woman. Cinematic? Indeed. Dramatic? Definitely. Incredibly awe-inspiring? Undeniably. We may have just found an early contender for 2017’s Hidden Gems.

“False Alarm” is the second single from Kraków Loves Adana’s forthcoming, new album, Call Yourself New. It will be released some time in early 2017.

Louie Louie – “After Me” (Philadelphia, USA) 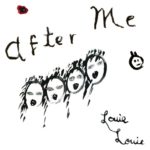 When a new band arrives, the one word rarely used is throwback, but Louie Louie are just that. Well, sort of. Musically, the all-female four-piece channel vintage, ’60s soul-pop on their debut single, “After Me”. The influences of The Ronettes and The Shirelles can be heard in the gorgeous four-part harmonies, and the jangly guitars shimmering in the air are reminiscent of the era.

But whereas much of the music of that time revolved around love and heartbreak, Louie Louie address a much more serious issue. The song isn’t about unrequited love, but rather about violence, abuse, and the predatory behavior of a person. “I wouldn’t walk alone” is repeated throughout the song, and it is a common phrase uttered by thousands of women each day. So while the song may induce some jitterbug moves on the carpet, its message will stick in our heads long after its completion. This is one incredible introduction to a band that has blown our minds with their musical talents and hard-hitting, poignant songwriting.

“After Me” is the lead single from the band’s debut album, Friend Of A Stranger, which will be released February 10th on Born Losers Records.

RIYL: My Bloody Valentine, The Jesus & Mary Chain, How to Bury Strangers 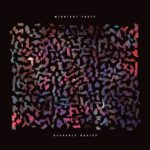 There is no shortage of bands playing great shoegaze. Most offer more psychedelic takes of the genre, but not many are able to tackle My Bloody Valentine full on and succeed. Los Angeles-based Midnight Faces, however, have done exactly that with their single, “Blue Haze”.

Like the shoegaze legends, the trio deliver a mind-blowing and visceral experience. For nearly 4 1/2 minutes, Midnight Faces take us on a wild ride that shoots us into sonic realms that could only be experienced in the cosmos. The fuzz, reverb, and the electricity of the guitar work are wonderfully delirious. Surprisingly, it is the drumming that keeps us grounded, reminding us that we can only soar so high before losing ourselves within the song. What makes the song so impressive is that Midnight Faces aren’t a shoegaze band. They’re difficult to categorize, but as Hollie mentioned months ago they’re more of a indie dream/rock outfit. Whatever we wish to call them, we can all agree Midnight Faces are awesome band who make everything sound sublime.

“Blue Haze” is the opening track from Midnight Faces’ new album, Heavenly Bodies, which is out now. Pick it up on iTunes or Bandcamp or spin it on Spotify or SoundCloud. 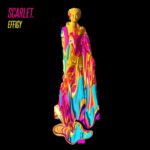 They have worked with some of A-list producers and supported Bob Geldof and the Boomtown Rats, yet indie-rock quartet SCARLET remain a hidden gem within the competitive English music scene. The head scratching becomes even more intense when hearing their music, which rivals their cousins Wolf Alice and Black Honey in sheer ferocity and anthemic quality. Take for instance the song “Alone”.

Even though the track comes in at less than three minutes, it is an epic adrenaline rush. The guitars are electrifying, and the bass line and drumming are bombastic. The vocals sere with the ferocity of Paramore’s Hayley Williams, which perfectly align with this song that is essentially one big middle finger at someone who is trying to control the other. But as you listen to this spark plug of a rocker, you’ll be screaming, “F*** yeah!”, but for opposite reasons from the song’s actual meaning.

If you enjoyed “Alone”, check out the remaining songs on SCARLET’s debut album, EFFIGY. Get it on Bandcamp. 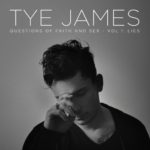 Tye James isn’t quite a new artist. He’s been involved in the New York City music scene for a while, lending his vocals to electronic and house productions, weaving the odd remix, and writing songs for other artists. He’s also one-half of online, electro-pop duo KNGDVD. For his latest project, he has decided to go solo and reveal more about himself that he could not through his other ventures.

His debut single is “Lies”, which is an incredibly powerful and moving song. Through the subtle, R&B-infused production work, James openly shares his struggles with accepting who he is and leading the life he was taught growing up in a religious family. The reconciliation of faith and oneself is front-and-center on this song that is filled with some of the year’s best lyrics. There’s the final chorus:

But the lyrics at the start of the song are memorable:

You know it’s funny I put more pressure on me than any parent would.
Than God ever would.
Haha it’s funny, I would pray every day for a wife to come my way
Or at least to not be gay.

Acceptance. It’s a word that we will still have yet to firmly grasp personally and as a community. James has given us a song that reminds us that we have much work to do, and it won’t get any easier. But as James has shown, we can persevere. Thank you Tye James for sharing your soul and inspiring hope. 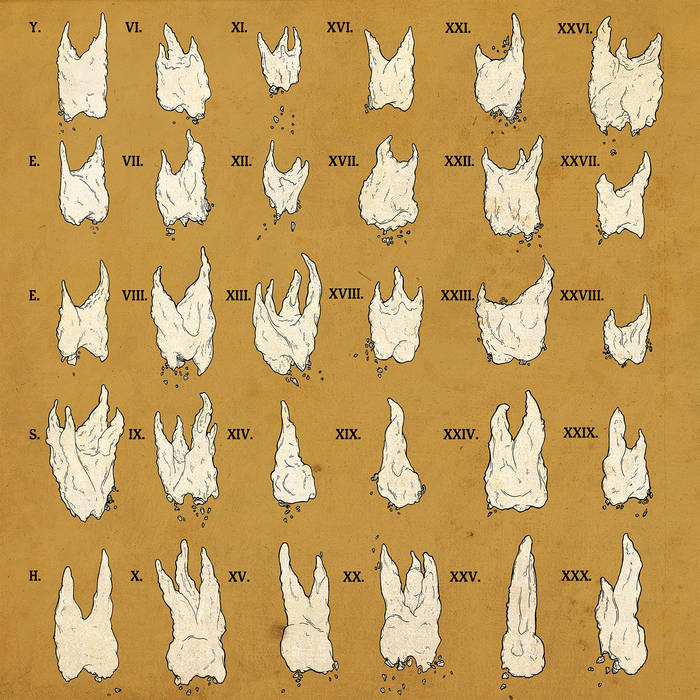 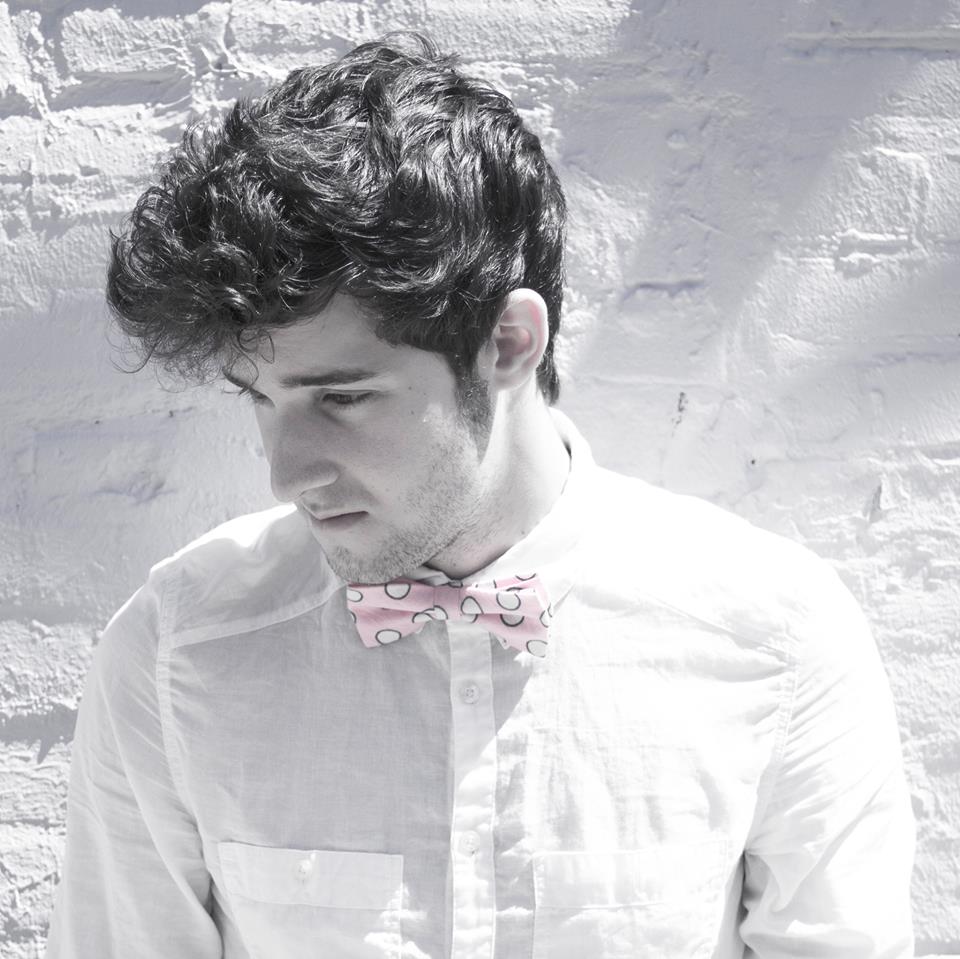