We have a septet of new music on The Matinee December 16th. It’s a more lively set as we countdown the final days of the year. Plus, it’s the end of the week, and we all could use a boost, right?

Chicano Batman – “Friendship (Is A Small Boat In A Storm)” (Los Angeles, USA) 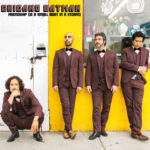 If ever a band name came along that completely encapsulated their sound, it is Chicano Batman. It may just be one of the best band names ever. Besides the name evoking a fusion of cultures of sorts, the music itself is a wonderful hybrid of Latino, funk, and soul.

In their latest release, “Friendship (Is A Small Boat In A Storm)” this four-piece band grabs your attention with one of the funkiest organ-sounding keyboard grooves ever. The track continues with smooth soulful vocals and light trippy drums. The background vocals deserve a rigorous nod as well, without which some of that vintage soul flair would be lost. Add in the fabulous wah-sounding guitar and you’ll be playing this on repeat. This is a fantastic track that’s so warm it could be used as a heat source.

“Friendship (Is A Small Boat In A Storm)” is a track off Chicano Batman’s upcoming album Freedom Is Free due for a March release. You can pre-order the album through ATO Records. 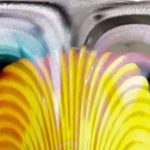 Sci-fi aurthor Arthur C. Clarke has inspired many artists, but mostly filmmakers and painters. To hear a song inspired by his character HAL9000 from his epic novel, Space Odyssey, comes as a surprise. Then again, maybe it should not.

What is surprising about Mister and Mississippi‘s new single is that the song isn’t layered in electronics and synths nor given a futuristic sound. Instead, the Dutch quartet have grounded “HAL9000” in some dazzling and groovy indie rock. The instrumentation – from the delayed guitar notes to the awesome bass line and jazzy drum work – is fantastic, creating a shimmering and breathtaking soundscape. The music is the perfect palette for this song that humanizes the computer program and delves inside its mind. In just four minutes, Mister and Mississippi have crafted an imaginative story that Mr. Clarke likely would have approved. Fantastic. 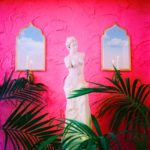 It’s going to be a huge year for the Ty Segall clan. There are rumors that the Ty Segall Band will be reforming, and we know that the project’s guru will release his own solo album. Fuzz is also long overdue for a new album. Another one from the extended family to share the spotlight in 2017 are Meatbodies, which is the project co-founded by Segall’s Fuzz bandmate Chad Ubovich.

Two years ago, the band released their self-titled album, which drew a “F*** yeah!” in these parts. It was wacky, fearless, and 41 minutes of nonstop fun. Can they match the exhilaration and spontaneity of that record? The lead single from Alice would emphatically suggest a “Yes!”, as “Creature Feature” is another delirious single. A little less fuzzy and garage-oriented than their last effort, the wailing guitars and the psychedelic-driven kaleidoscope are retained while incorporating elements of glam-rock and ’70s power-pop. And akin to the music of that era, there is much more to this whirling number. Listen closely to hear the band’s critique of the materialistic world and the power-hungry politics that drive our world. In addition to fun, quirky, and imaginative, we might have to add lyrical poets to Meatbodies’ body of work.

“Creature Feature” is the lead single from the LA-based band’s new album, Alice, which promises to be a concept album about “sex, politics, and religion”. Kind of sounds like the music of the ’60s and ’70s. The record drops February 10th via In The Red Records.

RIYL: The Jayhawks, My Morning Jacket, The Bernice Brothers 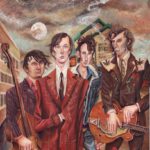 When exactly does Kurt Vile sleep? He’s been popping up on new music a lot recently, from Hope Sandoval’s latest album (released last month) to this newest single from Canadian alt/folk rock legends The Sadies. They’re no strangers to collaborations, having shared their mics with The Tragically Hip’s Gord Downie, Neil Young, and Neko Case, to name a few. That’s why it’s not surprising to hear their former tour mate on this track. What is surprising is that Vile takes lead vocals in place of Dallas and Travis Good. But what a perfect fit it is.

Vile’s low-key delivery on “It’s Easy (Like Walking)” pairs nicely with the shimmering, subtly psychedelic guitars. “Wake up and smoke ’em whence you got ’em” could easily be lyrics from a Kurt Vile and the Violators song. What really makes this track shine is the chemistry between the band and Vile. It sounds like a bunch of old friends jamming together in a basement – because that’s exactly where The Sadies recorded their forthcoming tenth album, Northern Passages. To say we’re looking forward to its arrival is an understatement.

Northern Passages is due February 10 (via Dine Alone and Yep Roc Records) while they are on the road. Check their website for their winter tour dates. 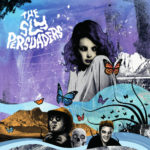 If you’re looking for a full on assault of shiver inducing fuzz and dirty guitar riffs, look no further than The Sly Persuader’s new song “Watch & Learn”. These guys are pure muscle car in human form. The come at you hot and fast with power and growl, leaving you breathing fast with your heart racing. They drop the fuzz just a bit when they get to the break, but just long enough to catch your breath again. The repetitive lyrics are driven home by rhythmic layering of the keys, drums, and bass.

In an age where it’s easy to compare one band to another, Sly Persuaders have carved out their own distinctive signature sound. Whether it’s rock tinged with surf punk, or noise, or garage, or even a bit of rockabilly, their sound is indelibly etched on every song. “Watch & Learn” is included on The Sly Persauder’s upcoming self-titled album due to release February of 2017 and available for pre-order now on their Bandcamp site. 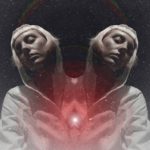 Two months ago, South African artist Tzara – the project of Tara Grace – caught our attention with her single “Exit Unto Hope”. The song revealed a musical genius, as the 21-year old brilliantly married several genres into one memorable song. For her latest single, Tzara takes a slightly more focused approach but the results are still just as dazzling. Actually, “Love Is Pain” is more than that.

The song radiates with the sultry and sensual music of late ’70s and early ’80s R&B and funk. However, as Tzara showed us with her previous single, she has added her own touches to modernize the past. The tremolo guitar is a terrific addition to add a cinematic feel. The delicate electronic beats and the quietly blasting trumpet enhance the song’s grooviness, making it feel like a night in a dark, intimate club where couples are connecting in every corner. Then there are Tzara’s vocals which have a smooth, sexy smokiness that you want to incessantly inhale for the song’s duration. Despite the vibe, the track isn’t about the search for love – it’s about the unhealthy things we will do to keep someone close. Masterful composer and articulate songwriter, the future is awfully bright for the South African. 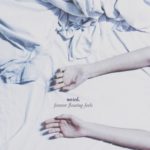 Nearly 18 months ago, an Italian band called Weird. caught our attention with their sparkling dreamgaze. It’s a shame we have not covered them since, and we have no one to blame but ourselves. Fortunately, the band led by multi-instrumentalist and singer Marco Barzetti continues to release music like “Forever Floating Feels”.

There isn’t much to say about this song. It is the rare track that one must completely release herself and become absorbed within every note. “Forever Floating Feels” is a breathtaking experience that for nearly four minutes transports us to an ethereal place. Sure, there are plenty of shoegaze bands, but very few are able to create stunning, mind-altering states. Cocteau Twins, Ummagma, Slowdive, and My Bloody Valentine create power ballads. Now we can add Weird. alongside this selective group.

The single is out now via Lady Sometimes Records and on Bandcamp. 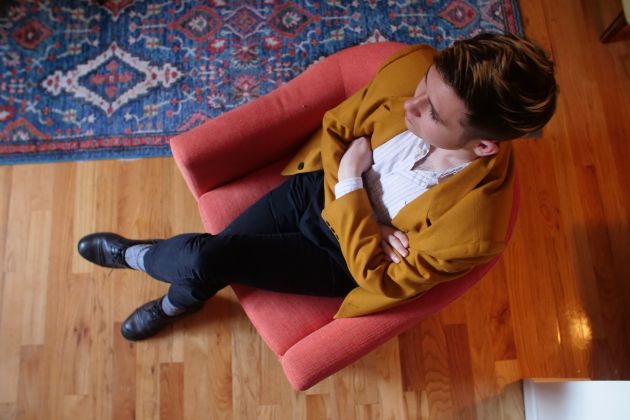 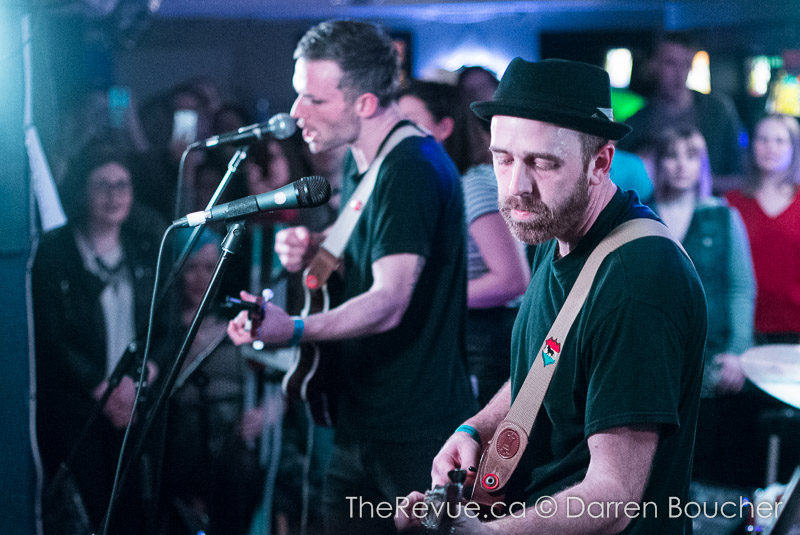