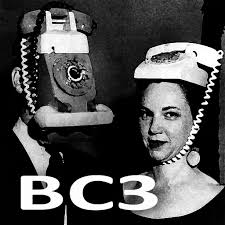 Sometimes music arrives on the scene that defies categorisation. Quasarmoto from The Bud Collins Trio is such an offering. Sounding just a little bit like the vocals have been mixed to the wrong track, this shouldn’t work. Yet strangely…deliciously…weirdly…it does.

And then there’s the name. The Bud Collins Trio could be the band that played at your mother’s wedding. As far as I can tell, there is no Bud Collins other than the late journalist and tennis commentator (who definitely isn’t part of the band), and there are five of them. Mathematical whimsy aside, they describe themselves as playing original meta-space-pop-movie-retro-futuristic-lounge-chill-jazz-chamber-secret candy-frosting music, and Quasarmoto as “4 tracks of beautiful pop strangeness that showcase their versatility of sound and omnivorous sense of lyric and concept”. According to their Bandcamp site (and this review) there are actually five tracks. The weirdness continues!

Quasarmoto opens with “Looking For Happiness”. A promising jazz percussion intro merges into trance while smooth vocals rest on synths. Listen out for occasional trickles of rock guitar, held together by a seamless beat. The lyrics sit so comfortably in the arrangement it’s tempting to let them merge into the soundscape. Big mistake. There’s story here that defies conventional narrative construction, but draws you into a world of fame and fakery – if you let it.

“Useless People” should be R&B. There are certainly plenty of segments in here that want to be. But they’re tricky. Tripping and skipping around a melody, this track will not sit still and behave itself. Jumping and popping like an old ’45, it evokes a memory then leaves it hanging. What’s it about? Who knows, yet the hook “You had everything, you have nothing at all” adds a mesmerising link to its elusive plotline.

Happy as you like, “Fool Tonight” provides a rhythmically entertaining ditty, Bud-Collins-Trio-style. Which means that an essential pop song is overlaid with occasional discordance. Troubling, yet addictive. Can this be happening, or our our ears deceiving us into believing that something familiar is something strange? There’s a beautifully constructed song of lost love within the folds of the track too. Poignant, relatable and definitely worth a second listen or perhaps many more.

Cleverly contemporary, “Blue Driver” allows the band to explore their experimental side. There’s a hint of 60’s folk to the lyrics, while the melody places electro beside jazz beside latin beside rock – think Simon and Garfunkel-meets-Brian Eno and you’re halfway there. This is orchestrally replete music, topped with plaintive vocal to deliver a message life’s missed opportunities.

Probably my favourite track of the EP, “I Don’t Understand” closes Quasarmoto with a laid-back vibe, or as close as you get to laid-back in the quirky world of The Bud Collins Trio. Psychedelically reminiscent of early Pink Floyd or mid-term Beatles, this is a track to hear through headphones, stretched out on the lawn with clouds overhead.

The Bud Collins Trio are: C.P. Weinland (drums, percussion, writing, arranging); Zip (keys); Dave Shuman (bass); Mike Ryan (vocals, keys, production) and Kenny Foster (guitar, vocals, writing, crum horn). Together since 1987, with a break of five years to deal with grown-up stuff, they’ve come back together “like the resurrection of the Phoenix bird, if the Phoenix bird were a strange meta-pop band from Connecticut” and are working on new material which talks about “the human condition, the mysteries of consciousness, the loneliness and joy of being aware of ourselves in the vast universe…finding meaning in the soup of reality.”.

Quasarmodo is available here. It’s a precursor to an album, due this summer. Expect to find them playing live around that time. Meanwhile enjoy their prolific musical tendencies online. 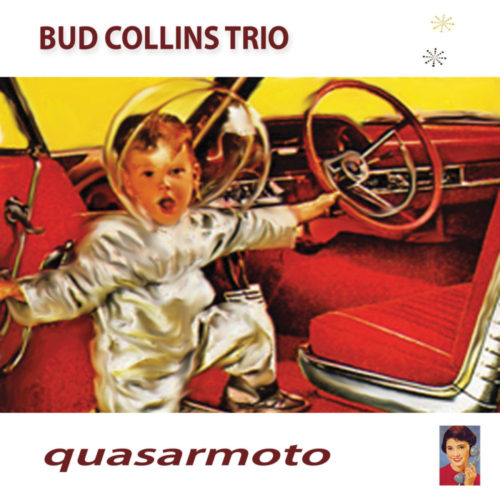 Favorite Albums of 2018: Courtney Barnett – ‘Tell Me How You Really Feel’