The Matinee January 17th edition features a bevy of brilliance. Seriously, these songs are early contenders for song of the year. Let’s get right to it, shall we?

As most of the music world prepares for Lorde’s new album to drop, people’s eyes should be directed to New Zealand’s South Island to discover another of the country’s great singer-songwriters. Some already know the name Nadia Reid, whose debut album caught the attention of Pitchfork while New Zealanders embraced her. Her forthcoming sophomore album, which is one of our most anticipated of the year, could make her an indie star.

The second single from her forthcoming record is the devastatingly beautiful “Richard.” Akin to the lyrical poignancy of Sharon Van Etten, Reid paints an immaculate picture of a former partner and his self-interested ways. There is no angst in Reid’s rich voice, but instead there is sorrow and remorse of how things went. Gorgeous, gripping, and captivating are the only ways to describe this song. 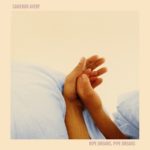 For the better part of this decade, Cameron Avery has performed with Tame Impala and Pond, but he’s now embarking on his own solo project. While he could have followed in the psychedelic footpaths of his former bandmates, Avery has delivered a crooner-like song.

Echoing more Leonard Cohen than Kevin Parker, Avery’s smooth baritone envelopes every note of “Wasted On Fidelity.” His vocals are heightened by the song’s wonderful orchestration, as the strings, guitar, and rhythm section seamlessly move from a rich, stirring soundscape to euphoria. But not only sonically has the Fremantle native matched the late, great, Canadian singer-songwriter’s brilliance, but Avery’s songwriting is stupendous, as he describes a woman’s journey to start a new life.

“Wasted On Fidelity” is the second single from Avery’s upcoming new album, Ripe Dreams, Pipe Dreams. It will be available March 10th via Anti Records. 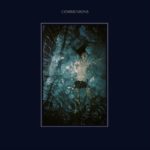 More than two decades ago, a band called Oasis was making huge waves with their reinterpretation of vintage rock ‘n roll. That same energy and spirit is being channeled by Danish quartet Communions, who have already impressed us with “Got To Be Free” and “Eternity.” Their latest single is “It’s Like Air,” which is another doozy of a track.

On this single, Communions once again demonstrate their uncanny ability to create catchy riffs that blur the lines of Brit-pop, southern rock, psychedelia, and contemporary indie rock. But instead of creating a trippy number like their past song, “Its Like Air” is groovy and has a summertime feel. It’s the type of track that you just want to crack open a cold one and sit on the deck while inhaling the hazy melodies that radiate from the song. This is classic rock re-imagined and it is glorious. 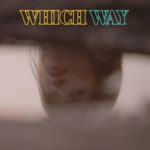 Speaking of vintage music, very few can compare to the retro-inspired pop music that Deidre & the Dark, the project fronted by former Savoir Adore member Deidre Muro, is currently creating. With a handful of singles under their belt, they have become one of New York City’s biggest buzz bands of the new year, and their new single, “Which Way,” will only raise the noise around them.

The song is blissful, ’60s-inspired pop. Muro’s vocals are heavenly with every note she sings whisking us away high in the clouds. The driving drum makes the song hum, giving it an uptempo groove to an otherwise dreamy number. The organ further adds to the pastel-colored, shimmering soundscape. Take a close listen to the lyrics, as Muro tells the story of a man still longing for his beloved. “Which Way” is simply a fantastic tune. The video, too, is well worth watching. 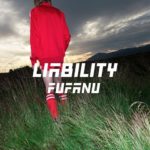 In a time when more artists are moving towards the electronic spectrum, Icelandic group Fufanu are doing the complete opposite. Having made a name for themselves as one of the island nation’s top electronic duos, Fufanu changed course, adding another member and live instruments to broaden their sound. The result is a sound that comes from the deep caverns of Berlin and Manchester of the early to mid-’70s.

Their latest single, “Liability,” evidences the trio’s brilliant, retro sound. The song infuses the industrial vibes of Kraftwerk and the dark post-punk that Joy Division elevated and more recently Preoccupations have modernized. The song is hypnotic, gripping, and exhilarating. The layers of electronica, steely guitars, pulsating rhythms, and deadpan vocals make this track an eye-opening, ear-popping thriller. This makes their new album, Sport, one to closely track. The LP drops February 3 via One Little Indian. 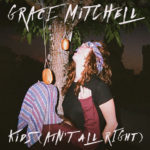 Grace Mitchell is not an ordinary teenager. She’s not hanging out at malls and spinning Top 40 songs. She’s not looking for the latest fashions. Nope, she could hardly be considered a iGen or Gen-Z woman. Instead, the 19-year-old is more like a Gen X-er, influenced by the likes of Tori Amos and Kurt Cobain. Her debut EP, 2015’s Race Day, was a smashing success with its danceable, soul-infused noir-pop. But for her latest effort, she channels the Pacific Northwest’s grunge scene of the ’90s.

“Kids (Ain’t All Right)” is an edgy, menacing rocker. Mitchell’s deep, soulful vocals undergo a transformation, resonating with the power and coarseness of the great Shirley Manson (Garbage). The song, as a whole, recalls Courtney Love’s Hole but with a touch of modern noise-pop a la Sleigh Bells and the garage-rock of Drenge. “Kid “Ain’t All Right” is an awesome, fierce song that could be the iGen’s anthem like “Smells Like Teen Spirit” was for Gen X-ers. 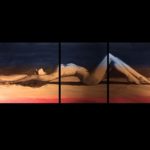 A year ago, we were mesmerized by the arrival of Healyum, who shared the stirring “Fools Eyes.” We were expecting the quintet to release numerous singles in 2016, but we were treated to just the one song. Granted, things like school get in the way. With the turn of the calendar year, will 2017 be the year when Healyum share a swarm of new music? If the unveiling of “Three Months” last week is an indication, we should be prepared to be bombarded.

Mirroring the dark pop of London Grammar and Daughter, Healyum have created a rich and moving number with “Three Months. It is emotive, moving, and hypnotic. It is a song that defines the night and its possibilities, from chance encounters to lonely escapades down abandoned alleys. Hopefully, though, this won’t be the one encounter we have with Healyum this year. 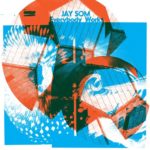 It would be unfair to say that Jay Som, the project of 22-year-old Melina Duterte, came out of nowhere to be one of 2016’s brightest stars because she’s been plying her trade for over five years. For a couple of years, her star shone brightly within the Bay and the United States’ west coast, but last year saw her name receive significant global attention. A cross-US tour with Mitski and Japanese Breakfast plus the release of a stellar record, Turn Into, will definitely help matters.

2017 should further see Duterte swim in unchartered waters, as her debut album arrives in two months. The first single from the LP, “The Bus Stop,” retains the bedroom intimacy of Turn Into. There is, however, something different in Duterte. The lines are cleaner, her vocals are more confident, and her sound has expanded to be more dramatic in its delivery. As she reflects on a past relationship with bone-jarring lyrics, we cannot help but think we are witnessing the rise of the next Liz Phair.

“The Bus Song” is from Jay Som’s debut full-length album, Everybody Works. It arrives March 10th via Polyvinyl Records.

RIYL: The Head and The Heart, She & Him, River Whyless 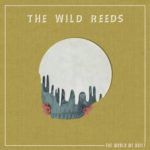 It’s summer 2014 and a quintet from Los Angeles was breaking the mould of the “SoCal band.” Forget electronic, Top 40 pop, standard rock, and the overplayed acoustic folk-pop. The Wild Reeds channeled the deep traditions of folk music but adding their own personal touches. Their single, “Blind and Brave,” was without question one the best songs of the year with its breathtaking approach and personal storytelling. Their excellent sophomore album, Blind and Brave, exemplified the band’s duality – a group that aspired to respect folk music’s traditions while bringing it to the 21st Century.

For the past 2.5 years, The Wild Reeds’ have slowly grown in popularity. Now with their third album on the horizon, stardom seems inevitable, especially if the lead single, “Only Songs,” is an indication of what is to come. The song is everything that fans have come to love about the band while offering the perfect introduction to those just discovering them. The melodies are warm and sunny, and Kinsey Lee (banjo), Sharon Silva (guitar), and Mackenzie Howe’s (guitar/banjo) three-part harmonies are exhilarating. Nick Jones (drums) and Nick Phakpiseth (bass), meanwhile, provide the perfect rhythm section, heightening the drama during the chorus and then acting as the heartbeat during the quieter moments. If we think “Only Songs” is indie-folk perfection, what will the rest of the record have in store? We’ll learn on April 7th when The World We Built is released via Dualtone Records. 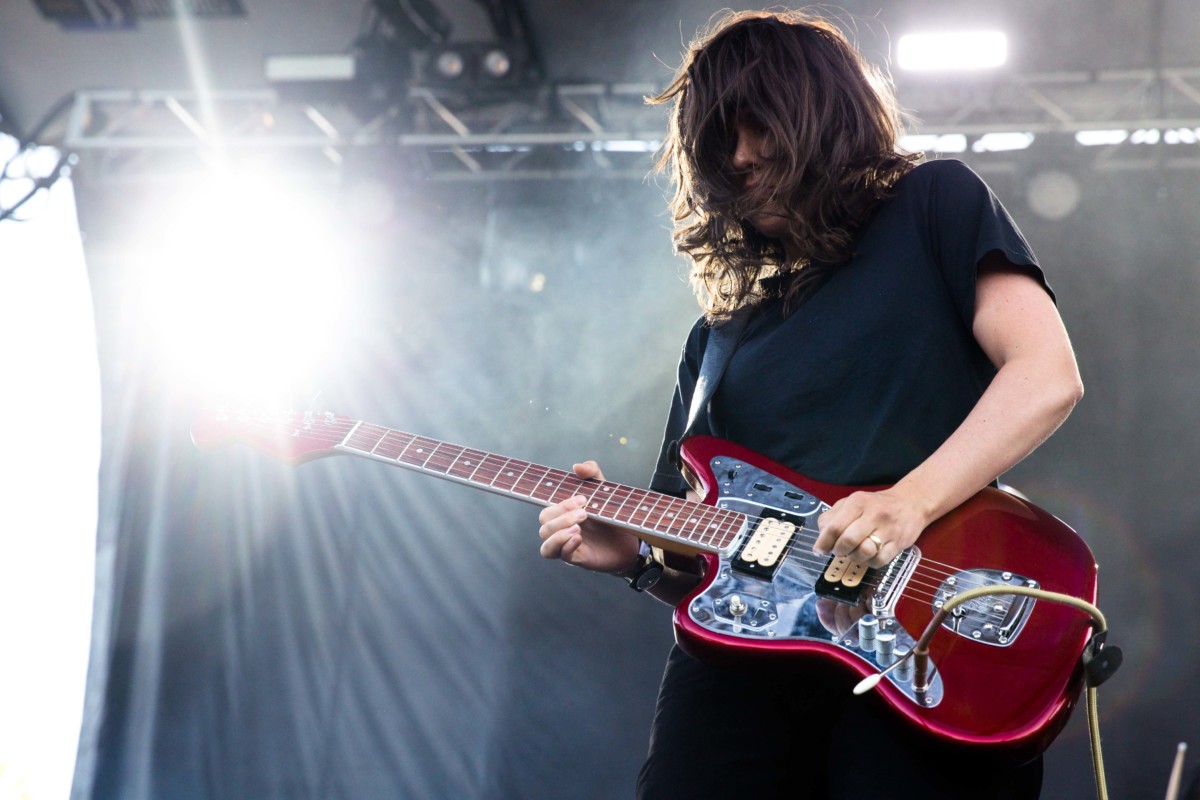 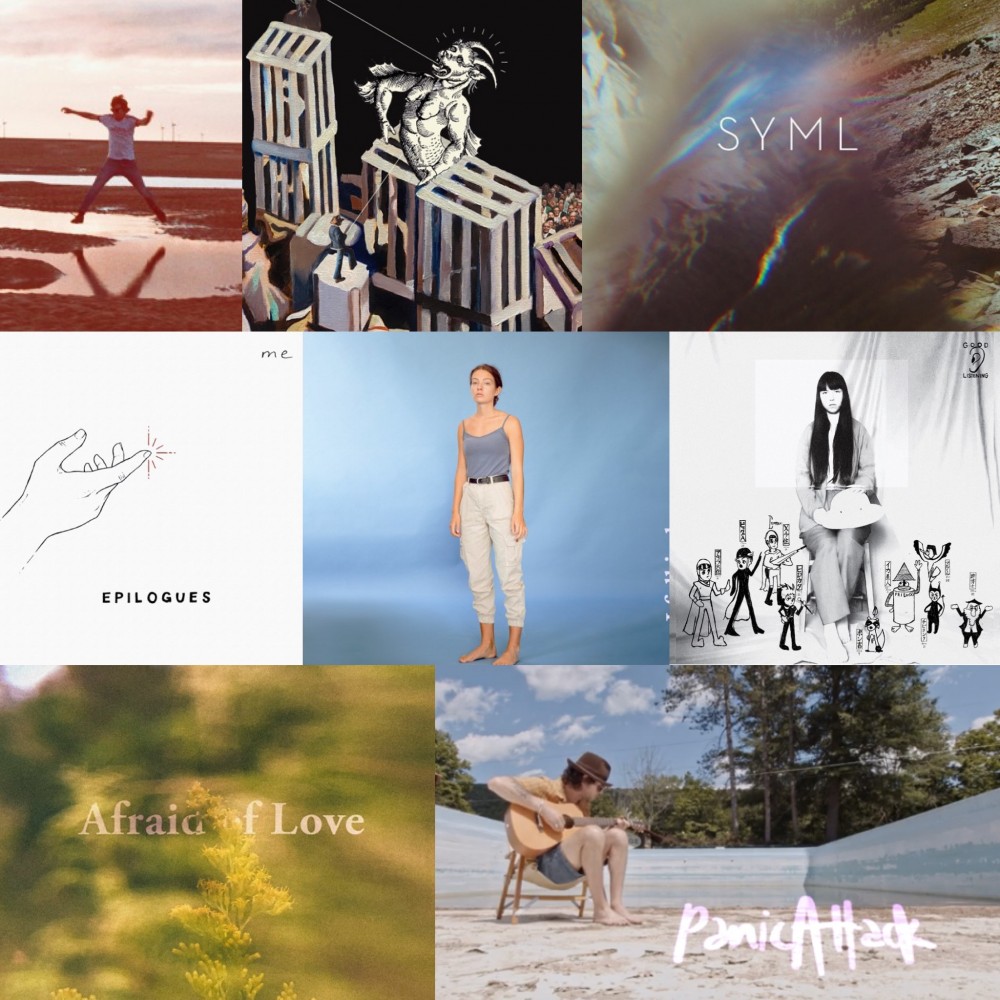