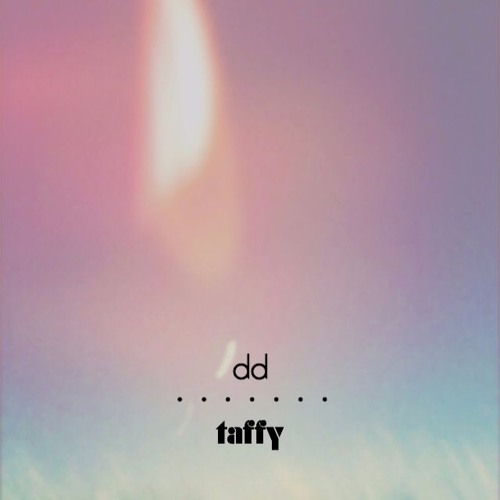 As The Matinee January 19th edition demonstrates, women are taking over the music industry. We’ve long purported that female artists are creating some of the most creative, ambitious, and meaningful music today. Eight of the nine songs below are either by a female singer-songwriter or a woman-fronted band. And this is a global phenomenon, as the artists are from Ireland, England, Canada, Sweden, Switzerland, Japan, and the USA. 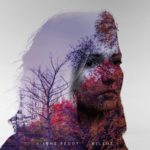 Ailbhe Reddy is already a sensation in her home country of Ireland, and just one listen of her new single, “Relent”, reveals why. The first thing that wallops you square in the face is her bone-jarring, dynamic vocals which echo the power of London Grammar’s Hannah Reid. The second element is the sprawling soundscape she creates, mirroring the gripping and tantalizing approach of Daughter. When you bring these two things together, the result is something spectacular, something beautiful, and something memorable. “Relent” is all this.

The song will officially be released on February 15th, which is the same date Reddy will make her debut live appearance at The Servant Jazz Quarters in London. Get tickets here. 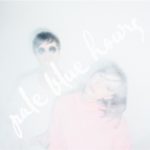 Plenty of bands throughout the history of music have taken a basic formula and driven it to success. Swedish duo Anti Pony, however, are anything but a one-trick pony. They impressed us back in the fall with their dreamy and euphoric psychedelic-pop number, “Broken Dreams”. Now they blow us away with their latest single, “Pale Blue Hours”.

The song is straight-out of a ’60s film noir – haunting, enchanting, gripping, and stupendous. The humming of the organ is wonderfully eerie and the percussion work is outstanding. Sanna Colling’s vocals, meanwhile, are rich and intoxicating. You don’t even need to see her to realize that her presence is commanding. The story she shares is mysterious yet seductive, like a late-night tango between two strangers attracted to the thrill of the chase. Cinematic music and songwriting doesn’t get much better than this, and we won’t have to wait long to hear more as Anti Pony’s new EP Alexander, arrives January 19 via Lazy Octopus Records.

In addition to Colling, Alexander Pierre is the the other half of Anti Pony. 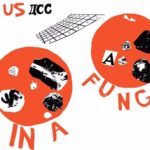 One of the most underrated bands in Canada is unquestionably Duchess Says. For well over a decade, they have been reinventing the disco-punk / prog-punk / Moog punk scene in Montreal and across the country. They were like the Yeah Yeah Yeahs, although with a more ferocious side. They have released three albums to date, including 2016’s critically acclaimed Sciences Nouvelles, yet somehow they remain an under-the-radar band.

To celebrate the band’s genius, Burger Records recently re-released Duchess Says’ first two albums: 2008’s Anthologie des 3 Pechoirs and 2011’s In A Fung Day T  on cassette. From the latter record is “Narcisse”, which couldn’t be more timely to share. The song – both musically and lyrically – demonstrates just how far ahead Duchess Says were compared to everyone else at the time. It is gritty, edgy, and blistering yet a danceable mind-bender, and it perfectly exemplifies the band’s brilliance. Get to know these legends before it’s too late. 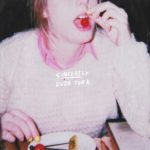 We are not just here to celebrate the music created by thousands of bands across the world, but also to salute their resilience. With competition heavy, other priorities to meet, and online pirating turning into a hobby, making a living as an artist has never been more challenging. Yet each and every day, these musicians continue to make music because they love what they are doing. One of those bands who personifies the indie spirit is Dude York.

Formed back in 2009, the Seattle-based trio will finally release their debut album next month. The second single is “Tonight.” The track buzzes with the edgy, infectious pop-rock that streamed on college radio stations in the late-’80s to the mid-’90s and later mastered by the likes of Slothrust and Speedy Ortiz. Co-frontwoman Claire England has a Hayley Williams’ gritty smoothness while Peter Richards and Andrew Hall do their best impersonations of Thurston Moore and Steve Shelley on guitar and drums, respectively. Regardless of your age, you’ll just want to let go and let it all out because “Tonight” could very well be the end. 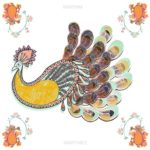 Call it fate or luck. Or maybe we’ll just say it was destiny that Yvan Bing and Valérie Martinez met by chance and an unbreakable bond was formed. Lucky for us, we are the primary beneficiaries of their creation known simply as Martinez.

Last Friday, their debut EP, So Far, was quietly released. The record features five smooth dream-pop songs, many which will stop you dead in your tracks. The highlight, however, is the duo’s very first single, “Maryam”, which is a mesmerizing number. It shimmers with the beautiful remorse of Cat Power and Lykke Li, yet an ABBA-like radiance flows throughout. As such, the song is simultaneously breathtaking and buoyant, leaving you in a permanent state of blissful euphoria.

To hear the other songs on So Far, head over to SoundCloud or Spotify. Alternatively, you can purchase it on iTunes. 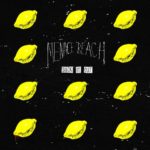 We’ve long marveled at how Leeds has become a massive music factory with bands like Alt-J, Eagulls, and Wild Beasts emerging from the central English city. Now we add Menace Beach alongside these great groups.

Their previous single, “Give Blood,” blew our minds. We described it as: “Ty Segall fronting Neutral Milk Hotel with everyone sucking on Red Bulls for the past hour. With this picture in mind, you’re sucked into a place that you didn’t expect to be when it all started – in this fun, zany place called Menace Beach.”

If you have been following The Matinee since that review, then you are one of the fortunate people to be stuck on Menace Beach. There is still plenty of room on the sand, and we highly anticipate it will get crowded as more people hear “Suck It Out.” This song is a blazing, delirious, wacky, awesome rocker. It is the anthem for everyone who just wants to say “fuck off” to the oppressors and then run towards liberation. Awesome. Absolutely awesome.

The song is from the group’s forthcoming sophomore album, Lemon Memory, and it arrives January 20th via Memphis Industries. If the record is filled with more anthems like “Suck It Out,” then Menace Beach could be 2017’s first big, breakout band. 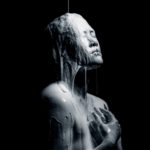 Today hundreds of thousands of people (perhaps a million) will descend upon Washington, D.C. to participate in Women’s March. Hundreds of other peaceful protests will take place in cities around the world, as people express their solidarity and celebrate humanity’s diversity. Other campaigns will be part of this landmark event, among them #ICantKeepQuiet, which aims to ensure everyone’s voice can and will be heard.

This initiative was created by Los Angeles-based singer-songwriter Connie Lim, who, under the pseudonym MILCK, created its anthem, “Quiet.” This song is stunning, powerful, and moving. It is, as Lim describes, a “rally cry against abuse of women,” and a song about humanity, understanding, and solidarity. “There’ll be someone who understands,” Lim sings during the final chorus, and on January 21st there will be millions listening around the world.

The song is out now and available for purchase on Bandcamp plus the usual music retail sites.

RIYL: Slowdive, My Bloody Valentine, Bloodhounds On My Trail 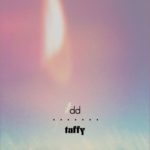 It’s unfortunate we don’t share more music coming from Japan because the country is producing some of the most innovative bands on the planet. They may not have created genres like garage-rock, psychedelic, post-punk, or shoegaze, but they sure have modernized if not perfected it. As evidence, look no further than taffy.

A longtime fixture within the Tokyo underground scene, the quartet create quick, quirky bursts of interstellar shoegaze like on their latest single, “dd.” At first listen, you might be startled at what you hear. The layers of reverb and crystalline guitars are familiar, yet there is something different even bizarre about the track. However, you come  back for more, discovering something new and exciting with each listen and getting engrossed by Iris’ sizzling vocals. Then you finally realize that this song is like a discombobulated version of Slowdive, but it is wonderful. Suddenly, you’re scouring the internet to hear more from taffy.

If you did enjoy the track, their fourth album, Nyctophilia, arrives April 7th via Club AC30. 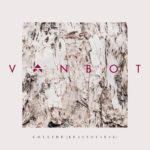 Quietly, Ester Ideskog has become a force within the electronic and electro-pop realm. From Sweden to across northern Europe to Mexico, her name is well-known. It won’t be long before Ideskog – better known as Vanbot – becomes a global star akin to her countryman Avicii. The Stockholm resident’s approach, however, is less EDM but more ethereal. Her music is less about raging beats and sweaty bodies, but more focused on paralyzing our senses and transporting us to different realms. She may have written her masterpiece, though, with “Collide (Krasnoyarsk).”

The song was written in May 2016 while Ideskog and her companions Petter Winnberg and Johannes Berglund traveled on the Trans-Siberian Railway. It has the feel of the barren hinterlands with its glacial cool production work. Yet a warmth radiates within the track, as Ideskog’s lush vocals are like the vibrant hues of the midday sun shining on the desolate tundra. And like this scene, one becomes enraptured in the beauty of “Collide (Krasnoyarsk)”. It’s absolutely stunning.

“Collide (Krasnoyarsk)” is the lead single from Vanbot’s forthcoming new album, Siberia. It is due April 7th. 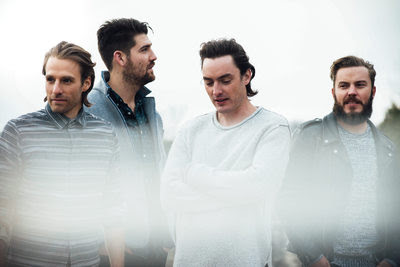 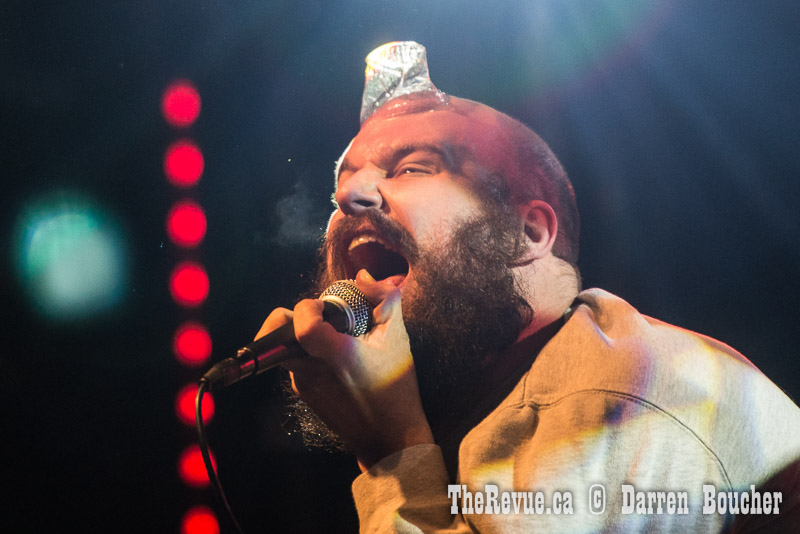