Austra have come a long way since arriving in 2010 with their debut EP, Beat and the Pulse, followed their first albums, 2011’s Feel It Break and 2013’s Olympia. There was always a thoughtfulness in the quartet’s approach, but the records were always recognized more for their style than their substance. Bombastic house vibes, blazing electronica, and catchy synth-pop typified their music. Album number three, however, sees the Toronto-based band enter a new frontier.

To get this point, Austra’s frontwoman and principal songwriter Katie Stelmanis migrated to Mexico City to find inspiration to write Future Politics. It wasn’t just new soundscapes, but an idea to create a mythical world that mirrored our own. Little did she know at the time that the album would perfectly capture the events before us and the uncertainty to come. As she wrote on the band’s Facebook page:

Two years ago, I started writing Future Politics in response to what I saw as a fast-approaching dystopia. I meant it as a call to imagine something different, a better future. At the time, Donald Trump was not even on the radar- now here we are, confronted with his election and the impending dystopia is suddenly a reality. Our long planned release date now has the horrible significance of also being the day he takes office. This record is our commitment to envisioning something different as humans, something outside of the current systems of say what you want, take what you want, and give nothing back.

We want to do what we can, however small, to make today about something more positive than the spectacle of this inauguration, when so much is in jeopardy.

Now on January 20th, 2017, the idea of dystopia is a reality. While the feelings around the world are that of trepidation, Future Politics is both dreary and hopeful. The opening track, “We Were Alive”, brilliantly captures the mixed emotions of the present and the future. Stelmanis’ gorgeous vocals transcend above the stark yet beautiful production work. We are taken inside the mind of a person who has just awakened to the new reality built on lies and half truths. “It’s not that we were alive”, Stelmanis achingly sings to describe the world we’ve all had a part in playing.

Disbelief-becomes-truth is revealed on the gripping “I’m A Monster” while ideas of resistance are embedded in the dark, trippy “Angel In Your Eye”. On “Freepower”, Austra offer a hypnotic, tantalizing dance number. However, the track is the unraveling of the world around us, where we cannot believe a “human is in the fortress”. It is on “Future Politics”, however, where Stelmanis writes a masterpiece. The futuristic synth grooves are spacy and infectious, and they provide the palette for Stelmanis’ biting remarks, “I don’t want to hear that it’s all my fault. The system won’t help you when your money runs out.”

Optimism, however, does permeate in the album. The garage-influenced “I Love You More Than You Love Yourself” is a love letter to those left behind. Stelmanis’ voice is impeccable, reaching a Sarah Brightman level with its dramatic beauty. The spiritual “Gaia” critiques the material world yet reminds us that we can still save our planet. The lush and spectacular “Utopia”, meanwhile, imagines what the world could be, where all succeed and no one has to unnecessarily carry the burden. Stelmanis’ songwriting shines brightly through on this track, evoking Biblical images and the struggles that remain.

Cut me a slice of the apple that I grow.
My work is valid I can prove it but I know.
A woman screams.
She’s looking for me.
In the hand of men who made her cry,
A cozying lie.

And in this one song, Austra has captured so much – where we were, where we are, and what we could achieve as a single community. It also reveals the growth of a band who encouraged us to break loose on the dance floor but now challenge us intellectually and emotionally. Future Politics is surprising in its focus, yet brilliant in its delivery. It is unquestionably Austra’s most compelling album, and one that years from now will be recognized as 2017’s first protest album. Austra have indeed come a long way.

Future Politics is out now via Domino Recording Co. Order it at the label’s store and Bandcamp, where it is pay-what-you-can and all proceeds going to Planned Parenthood. 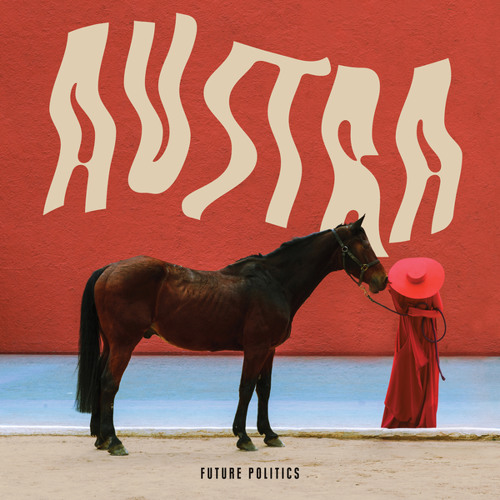 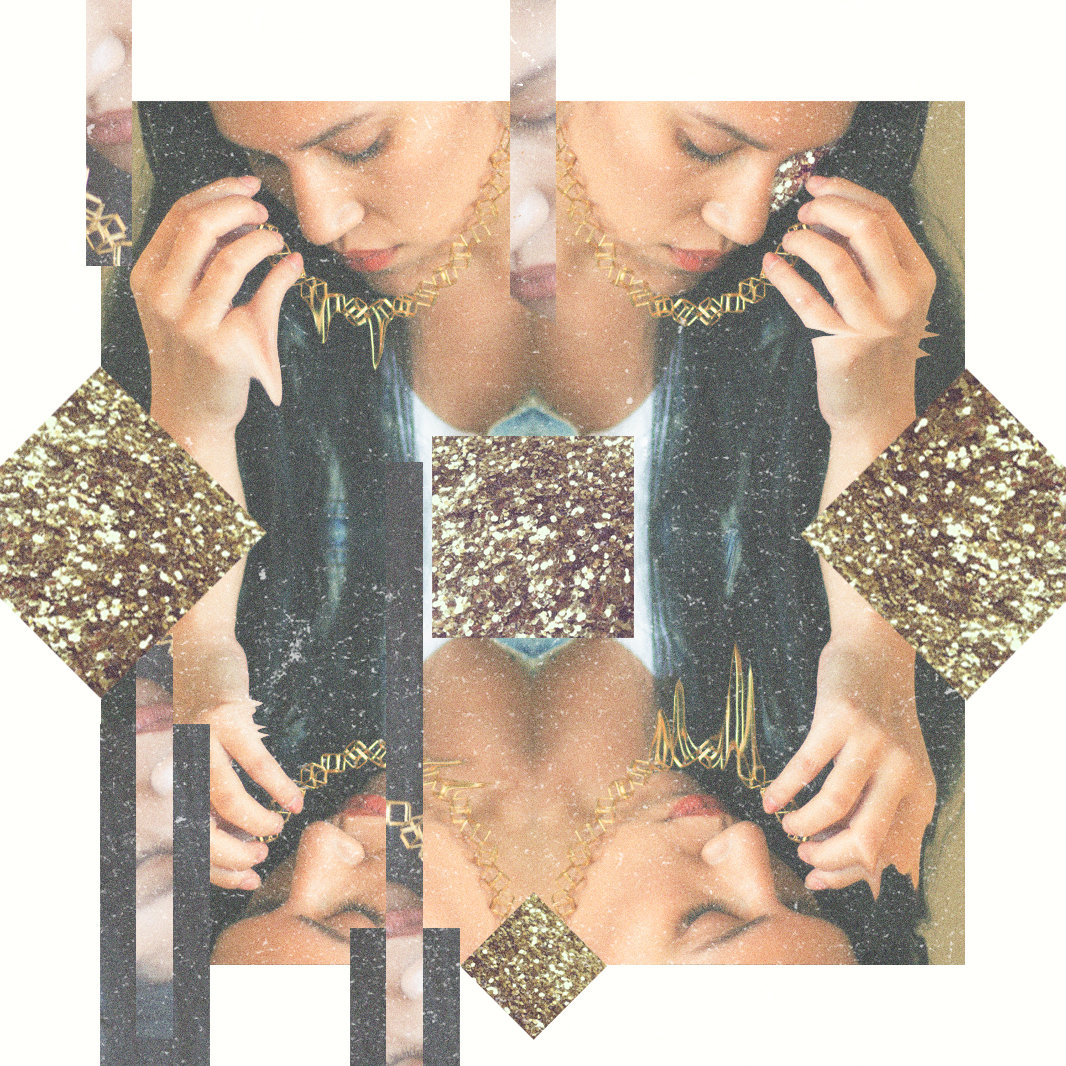 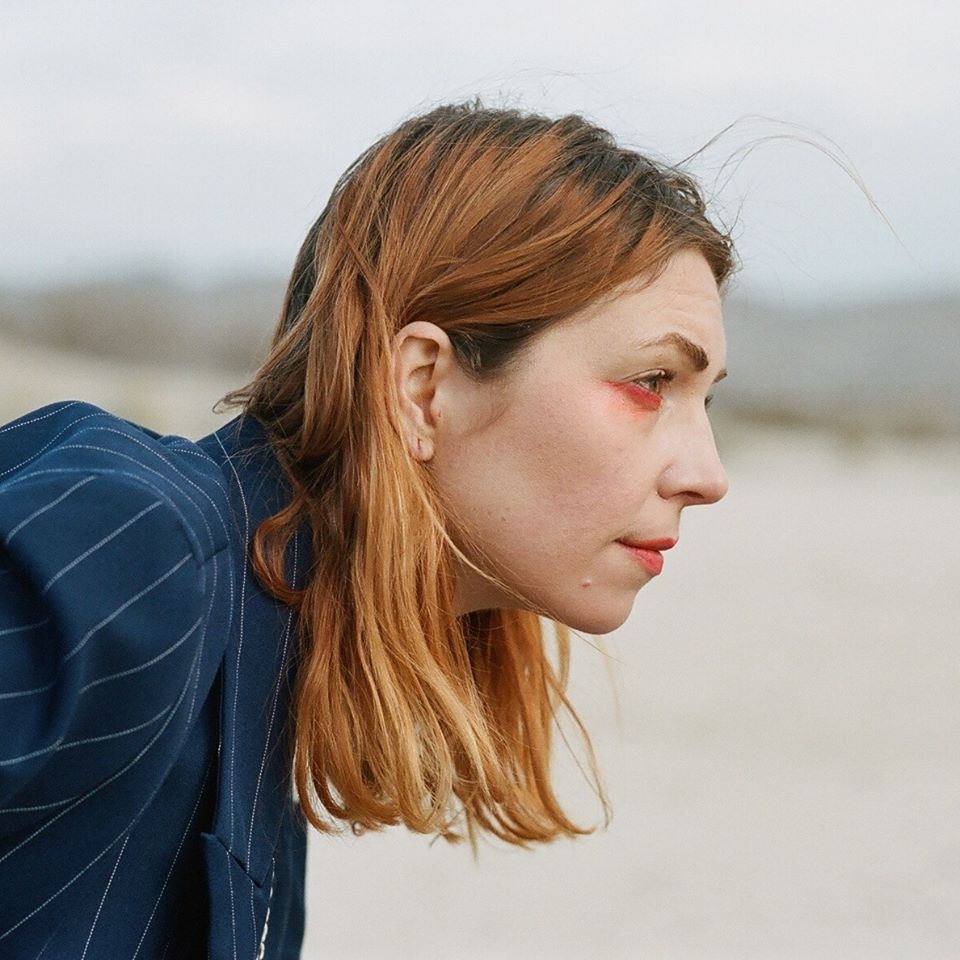