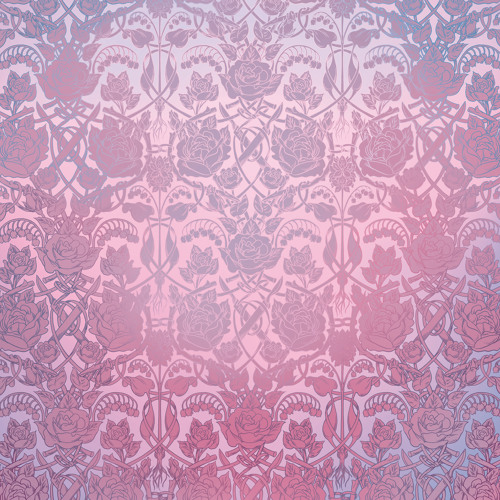 The Matinee January 27th features a bevy of new music singles once again. There are some familiar names on the list, and a handful of artists making their first appearance. Happy Weekend everyone! 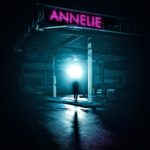 Simplicity can yield something tremendous and beautiful. It is a belief that we hold dearly in all that we do, whether relating to music or in our daily lives. Young producer and songwriter Annelie Johansson must be abide by this same tenet because her new single, “STUCK”, is stunning.

Going by the simple moniker annelie, Johansson has crafted a moving song. The production work is delicate and humble, yet the soundscape she has created is stirring and haunting. It provides the perfect backdrop to her story of being trapped physically and mentally. Feelings of loneliness, confusion, and isolation resonate from her soft vocals, and in the process we, too, feel “Stuck”. Beautifully breathtaking is this song and an incredible introduction to a rising talent. 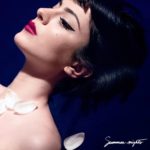 Nearly a year ago, we were introduced to French pop artist Cocovan, who startled us with her Madonna-esque single “Mirage of Us”. She’s relocated to Los Angeles to absorb the city’s vibrant and diverse music scene. Her first single in her new residence is another nostalgic number, “Summer Nights”.

Anyone who grew up in the ’80s will immediately recognize the glam-pop and synth-pop vibes radiating from this song. Memories of disco balls, big hair, leather jackets, and fingerless gloves may be dancing in your head (o.k., maybe it’s just us). And like a lot of the music of the era, the song would be perfectly placed in a coming-of-age movie, as two young people search for answers about life and love. There is also a very Prince-esque quality that reverberates throughout the song. Not necessarily the funk-pop that the Purple One performed, but rather the songs he wrote for the likes of Sheila E. and Apollonia. Now Cocovan is taking over the reigns and reinvigorating the ’80s. 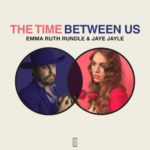 Emma Ruth Rundle is unquestionably one of the best and fiercest singer-songwriters today. Her 2016 album, Marked for Death, was a beautifully stark and moving experience. Many recognized the LP as one of the year’s best, including being named one of our Favorite 50 Albums of 2016 (and number one on Ben’s list).

Rundle is back already with new music, as she and fellow singer-songwriter Jaye Jayle will release a split EP next month. The first single from Rundle’s half is “Distance”. Like everything she has done, this song is beautifully crippling. The track feels like a continuation of Marked For Death. However, instead of waltzing with the Grim Reaper, Rundle is dancing with time, space, and a fleeting memory. Her storytelling is once again immaculate, and her unforgettable, stark guitar lines return to haunt our minds. “Distance” has us craving more, and fortunately we’ll get to hear two more very soon (and unfortunately since it’s only three songs in total).

The video for the song can be viewed on YouTube. The single is from Emma Ruth Rundle and Jaye Jayle’s split EP, The Time Between Us. It arrives February 24th via Sargent House. 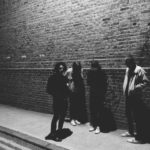 “I understand that resistance is something good.
I accept this”.

These 10 words are the only words uttered in FEWS‘ new 3-minute, 52-second song “LaGuardia”. These words are made even more powerful in their scarcity. Given this approach and subject, the track feels almost dystopian. If it were a visual, it would be all shades of grays or browns. The listener is left to ponder exactly what we should be resisting and what FEWS could possibly be talking about. Pounding drums punctuate the intense guitar bringing you a wall of sound. You’ll find yourself hanging your head, shaking it back and forth to the post-punk gazey driving rhythm.

“LaGuardia” is being released as a single after last year’s release of their debut album Means. Does this mean a new album release for Fews in 2017? You’ll have to keep following them to find out. 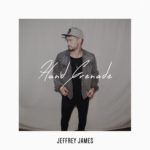 Jeffrey James is back with a brand new track titled “Hand Grenade”. We previously heard from him last fall with “Both Ways“.

The Indiana born Nashville based artist is causing major feels with his soul influenced pop. His vocals are sweet yet demanding and “Hand Grenade” is a track that speaks to confrontation with a wolf in sheep’s clothing type message which can definitely draw comparisons to today’s world around us.

Mr. James has also released a pretty cool video for the track that goes right along with the urgency and serious vibe of the track.

“Hand Grenade” is out now via South By Sea Music. 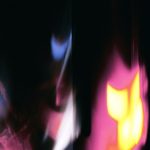 Night Games are siblings Paul & Constance and they keep on impressing us with each new track. After we shared “Faithless” early last year we have been keeping tabs on this talented duo. Constance has vocals you just can’t get enough of. Once you add in the slick production of Paul’s laid back synth and warm beats you become hooked.

“Replicant” has a dark yet ethereal vibe and we become mesmerized by Constance singing about the ups and downs of relationships that can sometimes leave you high or low. She proclaims “Wake me up, you’ll never wake me up” and the chorus becomes entrancing.

The duo have also been performing in really non-traditional spaces as of late, and if any fans are based in London they will actually be playing in the historic St. Pancras clock tower on Thursday Feb. 2nd. If in the London area, you can view the invite here. We look forward to hearing more from this rising duo.

Over the Trees – “Dirt from Yesterday” (Oslo, Norway) 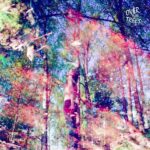 Is there anything Norwegian band Over the Trees cannot do? With each single they have shared, they have offered something different. And while many bands would falter by expanding their musical palette, the Oslo-based quintet seem to get better and more confident. We were dazzled by the indie rocker “Hello Oslo” and then blown away by the Fleet Foxes-esque “From the Sidewalk”. Now they enter into the waters of shimmering shoegaze with “Dirt from Yesterday”.

There have been a lot of bands that have come along to revive shoegaze, but very few have captured the stirring and hazy brilliance of My Bloody Valentine and the Cocteau Twins. Over the Trees, though, have honored these legends with a song that is simply stunning and mind-blowing. Expectations for their new album are only increasing.

“Dirt from Yesterday” is from Over the Trees’ forthcoming new album, From the Sidewalk. It arrives this spring/summer via KAjAK Recordings. The band is comprised of Eivind Frustøl (guitar/vocals), Mathias Christoffer Jensen (guitar), Tobias Flottorp Heltzer (bass), Arne Steinar Myrvang (drums), and Fredrik Rafael (vocals). 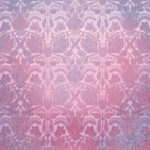 San Fermin‘s evolution has been fascinating to observe. Their early efforts were unique, inventive, and often sheer forces of sound. Lately, though, they’ve veered a bit away from euphoric numbers to more scintillating and intimate ballads, such as on their new single, “Bride”.

The multi-instrumental arrangements are still there with a noticeable Far East flair infused into the song. John Brandon’s trumpet sparkles and Stephen Chen’s saxophone infuses some soul. It is the stirring vocals of Charlene Kaye, however, that steal the spotlight and take center stage. They are forward yet intimate, possessing a quality that can only be described as trance-like. The beautiful story she sings, which was written by band leader Ellis Ludwig-Leone, could be out of Chinese folklore, although the experience of a dissociative moment at a wedding could happen to anyone at any time.

“Bride” is from San Fermin’s forthcoming new album, Belong. It will be released April 7th via Downtown and Interscope Records. 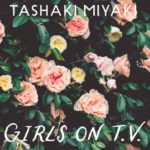 It’s hard to believe that Tashaki Miyaki are just now putting out their debut album, although they’ve been online favorites for a while. The first single is “Girls On T.V.”, which is a timely release. The song, a statement of our media obsessed fame culture, seems fitting given the current political climate. Along with a world leader seemingly fixated on likes and numbers. The Los Angeles based duo sings from the perspective of a media-rainwashed girl that wants to be just like the girls on t.v.

“I don’t believe in anything.
Won’t you please adore me?”

This probably hits home to more people than we’d like to admit. A quick Google search of fame culture brings up a recent survey where 1 in 3 high school students said their main goal in life was to be famous.

The accompanying music to this statement is a perfect backdrop to Paige Stark’s sweet vocals. The group has previously been described as a “female The Jesus and Mary Chain, whose vocals cut like honey-coated razor blades”. Very apt. The fuzzed out guitar riffs a groovy melody while at times amping up the effects. It’s difficult not to surmise that perhaps the duo did this intentionally to mimic media static. Intentional or not, it fits the song and the theme perfectly. Plus, it’s hard not to love a band that cites influences such as David Lynch and his composer Angelo Badalamenti, as well as Sergio Leone’s partnership with Ennio Morricone.

This first taste of Tashaki Miyaki’s new album will leave you anxiously awaiting for April 7th to arrive. That is when The Dream will be released on Metropolis Records. 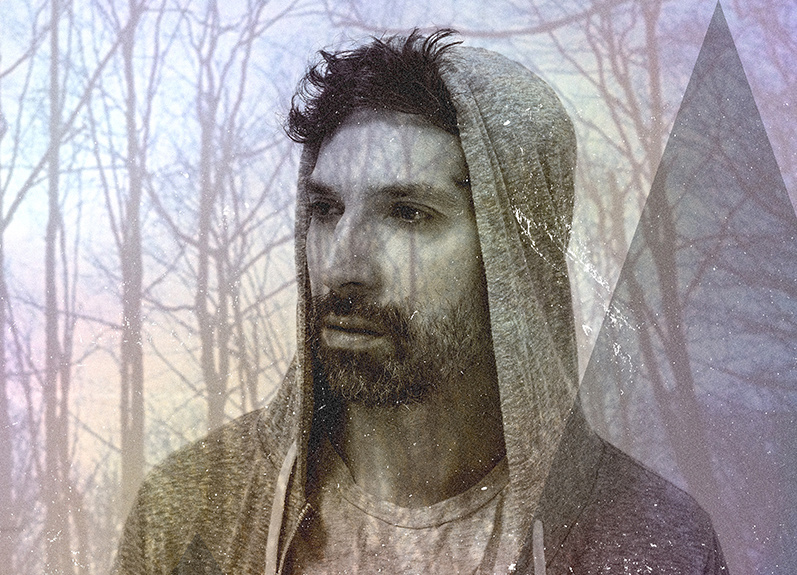