When we listed Stef Chura an Artist to Watch in 2017, it was a recognition that the 28-year old was doing something others were not – she was reviving both the “girly sound” of alternative rock that Liz Phair ushered in well before Chura was conceived and the emphatic pop-rock of the late ’70s and early ’80s. Like Phair, Chura cut her teeth within her Detroit’s DIY scene for years, self-releasing her music and playing in grungy little spaces. But following the death of a close friend, Chura decided to make her music permanent and signed with Urinal Cake Records. Last week, her debut full-length was finally unveiled.

Messes is the culmination of Chura’s past seven years – from life on the road to the people who have come and gone to contemplating what the future will bring. It is not an album of regret or second thoughts, but rather it is a record about the roller coaster that is life. On the fantastic, driving rocker, “Slow Motion”, Chura unfurls a torrent of quick, witty phrases to describe the perils of life.

Why can’t I watch you?
Growing in slow motion
I can feel you starting
I can feel you slowing
Going down the road
In this out of control locomotive
That is not stopping
For no one

The album’s second single, “You”, is a lyrical gem, putting the typical relationship song on its head. Instead of speaking from the heart, Chura describes the complexities of a relationship, which can be simultaneously euphoric and poisonous if the two parties are not equal. Her coarse vocals, which have a touch of Stevie Nicks, add to the pain that resonates within the song. The gritty alt-rock currents that reverberate throughout are the sounds of Detroit – the crumbling neighborhoods and tough streets where relationships blossom and evaporate. The rambunctious, “Spotted Gold”, similarly speaks to walking away from something important and the remorse that follows.

The central theme of Messes, however, revolves around vulnerability and the fragility that life is. The album feels like it heavily revolves around the passing of Chura’s close friend and the impact it had on her and others. On “Time To Go”, Chura’s voice is notably aching for a lost one. The song’s lyrics are also some of the most gripping of any song in the past five years, as Chura sings:

Despite the catchy little groove on the ’70s pop-influenced “Faded Life”, Chura is celebrating her friend’s memory. On the grungy, gritty, and menacing, “Messes”, Chura seems to be forgiving her friend. But despite her acceptance, she is still wallowing in a sea of pain and hurt. The beautiful “Becoming Shadows”, where Chura channels Buffy Sainte-Marie, is like a dream, hoping that one day two people will meet again in their favorite spot.

It is on the album’s finale, however, where Chura shines. “Speeding Ticket” is a masterpiece in the same vein as Alanis Morissette’s “Jagged Little Pill” in its emotive power and songwriting genius. The song is incredibly stunning and enrapturing, grabbing your heart and never letting go. It is a farewell to a dear friend but also a letter to say “à bientôt” – until we meet again.

There are very few debuts that could match the thoughtfulness and emotional power of Messes. This is Chura revealing her soul, her fears, and her sadness in each of the album’s 11 songs. While the LP may be a release for the artist, we find solace in her pain and sorrow because we, too, have struggled with life and death. It’s just that Chura has done it beautifully and given us something to remember for a very long time.

Messes is out available via Urinal Cake Records, and it can also be purchased on Stef Chura’s Bandcamp page. Follow her at: 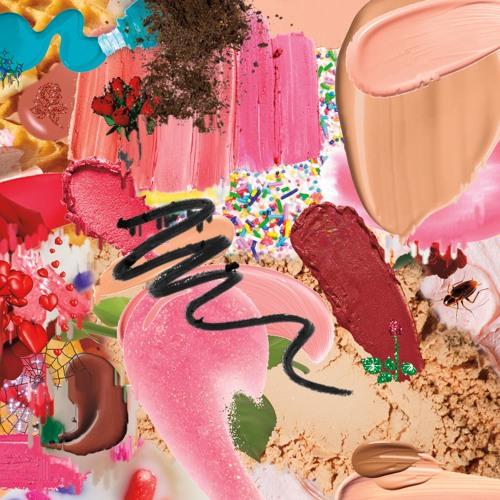 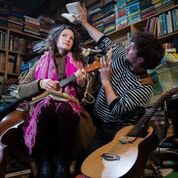