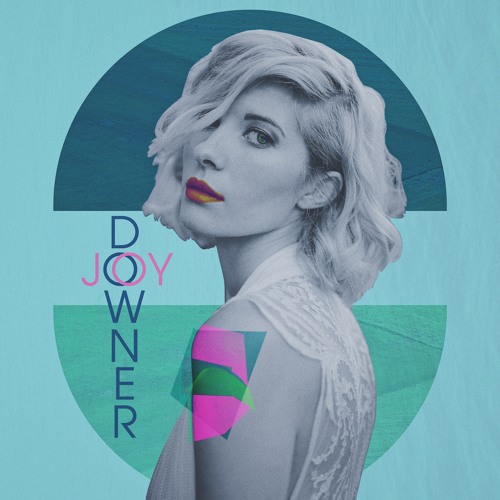 The Matinee February 7th offers a smooth 9 songs on this Tuesday. There is one notable name, but the remaining artists are on the verge of something really, really special. 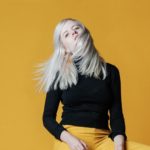 Annelotte de Graaf – the woman behind Amber Arcades – has become one of our all-time favorite artists on The Revue. It’s not just that her brand of indie pop is infectious and often uplifting, but her songwriting is intimate, personal, and real. The singer-songwriter is on the verge of indie stardom. Helping her take that next is her brand new single, “It Changes”.

Written while she was on tour in the US last September, “It Changes” is a boisterous and soaring anthem that will stick in your head for days. The multiple peaks and valleys in the song keep you in (the second half turns into an indie-pop headbanger) while de Graaf’s innocent vocals captivate. However, it is her story of traveling on the road and its effects on oneself and the people around you that will move you. For anyone who has been away from home for a long time or moved afar will understand every word de Graaf sings. 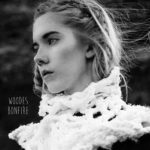 It’s only a matter time before Elle Graham – a.k.a. Woodes – achieves a level of fame equivalent to MØ, BANKS, or her Kiwi cousins BROODS (they’re not really cousins). For nearly two years, she has been creating some of the most immersive electro-pop on the scene but with her own ingredients. She doesn’t stick to the usual, predictable arrangements; instead she adds a more sultry flavor while preferring more oft-kilter beats and rhythms. Beyond that, she’s not singing endlessly about love and relationships. Her new single, “Bonfire”, is a perfect representation of the young Australian’s artistry.

“Bonfire” is a stunning achievement. The track is simultaneously dark and hypnotic yet it is intoxicating and intimate. Graham enchants with her soft, chilling vocals as the hallowing beats and rhythms lock our gaze. Woodes then takes us inside her mind and into her world of trying to escape from the people who have kept her down. The song is unlike many songs today – it is immensely humbling, and that is one of the biggest compliments we could give any artist. Graham’s brilliance is why we said nearly a year ago that Australia has a new rising star, who is on her way to becoming a supernova.

French for Rabbits – “One & Only” (Wellington/Dunedin/Waikuku Beach, New Zealand) 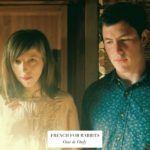 Since the release of their debut album, Spirits, in October 2014, we have been hooked on French for Rabbits‘s dream folk-pop sound. Their music is like the wind-swept shores of New Zealand – incredibly beautiful yet filled with an undercurrent unsuspecting power. Since their first record, they have released a few singles, but nothing since. That all changed yesterday when the band, which was originally formed by Brooke Singer (vocals/keyboards/guitar) and John Fitzgerald (lead guitar), announced their sophomore album will be coming in a few weeks (and it is also one of our Most Anticipated Records of 2017).

The lead single from the LP is “One & Only”. In their trademark fashion, French for Rabbits have crafted a song that is incredibly gorgeous and breathtaking. Singer’s voice is one of the most stunning around – a voice that causes chests to swell and minds to be occupied by a thousand memories. Fitzgerald’s guitar work is stirring and full, radiating of the simple force a la Kristian Matsson – a.k.a. The Tallest Man on Earth. The song is everything we love about French for Rabbits, and why thousands of people across Europe and New Zealand have likewise been enraptured. 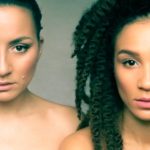 Sweden has brought us some of the most innovative artists and bands over the past decade. The Scandinavian country is unquestionably one of the leading music factories on the planet. Meet the next great innovators from Tre Konor in Vaz.

The project of sisters Jenny and Cecilia Vaz, the duo released their debut single “Who You” just last week. This song is not just another R&B-infused, electro-pop song. The song feels more like witnessing a ceremony of one’s reincarnation, as the sounds of their ancestors’ homeland – Cape Verde in Africa – are beautifully incorporated into the song. Their harmonies are beautiful and elegant (to hear them sing a cappella would be a treat) while the hum of the electric guitar further adds to the enchantment, giving the song an atmospheric quality. Just sit back, close your eyes, and for a few minutes experience this wonderful world of Vaz. 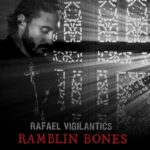 Somewhere in the dusty expanse of the Sonoran desert, a lonely person walks towards her vindication. She is beaten, bloodied, and barely recognizable. Yet, she is the only one standing, and her next journey takes her home, a place she has not seen in a very long time. Her hope is that she will leave this life behind and start a new chapter in her extensive biography. The anthem for this hero is Rafael Vigilantics‘ jarring new single, “Rambling Bones”.

The song defines engrossing cinema. It is dark and gritty and absolutely captivating. But unlike other songs within the cinematic indie genre, there isn’t a huge climax nor a massive transition. Instead, Vigilantics keeps the mood subdued, which only adds to its haunting quality and the portrayal of a hero who has yet to achieve her greatest accomplishment. Masterful!

“Rambling Bones” is from Vigilantics’ forthcoming new album, Orleans, which will be released in early 2017.

We’re witnessing a mini-explosion in oft-kilter, off-beat, Talking Heads-style pop music, and we’re loving it. But we haven’t come across a song as whimsical and astonishingly fun as Operator Music Band and their new single, “Creative Tube Bending”. Just the name of the band and the song title is off-the-wall. The song itself is quirky goodness.

The duo synths, the deadpan vocals, the groovy bass line (which is so good), and the poppy drum beat are all right out of the late ’70s and early ’80s. Consequently, you’ll find yourself unexpectedly dancing around or just shaking your rumpus in your seat while noodling your head. If you’re one that listens to lyrics, you will be chuckling to yourself at times. Quirky goodness indeed!

Operator Music Band are Dara Hirsch, Jared Hiller, Adrian Price-Whelan, Landen Griffith, and Jon Young. The song is from their forthcoming album, Puzzlephonics I & II, which will be released on New Professor Music on March 3rd.

Okkervil River – “You Don’t Love Me Yet” (Austin, USA) 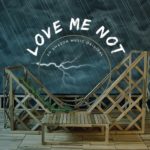 Will Sheff – a.k.a. Okkervil River – released one of the most intimate albums of 2016 with Away. It was vulnerable, remorseful, and hopeful, and the LP was a rare glimpse into Sheff’s private life and mind. Last week, he released a brand new single – well a cover – as part of Amazon Music’s Valentine’s sessions, Love Me and Love Me Not. That song is legendary singer-songwriter Roky Erikson’s “You Do’t Love Me Yet.”

The song has been transformed into a quintessential Okkervil River number without compromising the beautiful intimacy and simplicity of the original. Even though the song is largely acoustic based, Sheff and his band mates are able to create a dream-like soundscape. Sheff’s voice, as usual, stands out, stirring each bone and quivering your heart with each word he sings. Grab your special someone and tell him or her how much you love them.

In addition to Okkervil River, Ingrid Michaelson, Hurray for the Riff Raff, Tacocat, Kadhja Bonet, and many more have contributed original songs or covers to the compilation.

Everyone knows that love knows no borders and has not bounds. Five thousand miles could separate you from someone you immensely love, yet you cannot stop thinking about her. If you’re one those individuals, then take a spin of Joy Downer‘s new single, “Caught In Your Spell.”

Right out of a page of the catchy indie pop of Ladyhawke and one of our favorite hidden gems of all-time Sumeau, Joy Downer have created a song that will be embedded in your head for a long, long time. It is groovy, fun, and outrageously infectious, as Jeffrey Downer’s instrumentation and production work create a vibrant, summery soundscape. Adding to the entertainment are Joy Bishop’s smooth vocals and her fine songwriting about undying love, which touches down from Ontario to Orlando, New Zealand to New Mexico, and Australia to America. Hopefully all these places and all points in between will gravitate to the duo and their cool, new tune. 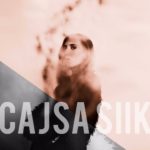 We bookend The Matinee with another singer-songwriter who has dazzled us for nearly two years. Cajsa Siik is one of those artists who has an incredible talent to effortlessly bridge the past with the present and create music that feels familiar yet refreshingly new. Sometimes it is funk and R&B, or in the case of “Talk To Trees” it is merging ’80s pop with contemporary indie pop.

The song has the titillating quality of Bonnie Tyler’s and Stevie Nicks’ hits but the raw intimacy heard on Lykke Li’s early numbers. Siik’s voice is soft yet stunning, where you just want to dive in and stay immersed in it. The slight drum beat, the heartbeat-pacing bass line, and the tremor of guitar are also spectacularly intimate, yet simultaneously groovy. “Talk To Trees” is the type of song you want to close your eyes and let your body sway to the melody and rhythms.

The song is the lead single from Cajsa Siik’s forthcoming new album, DOMINO. It is out May 5th via Birds Records. 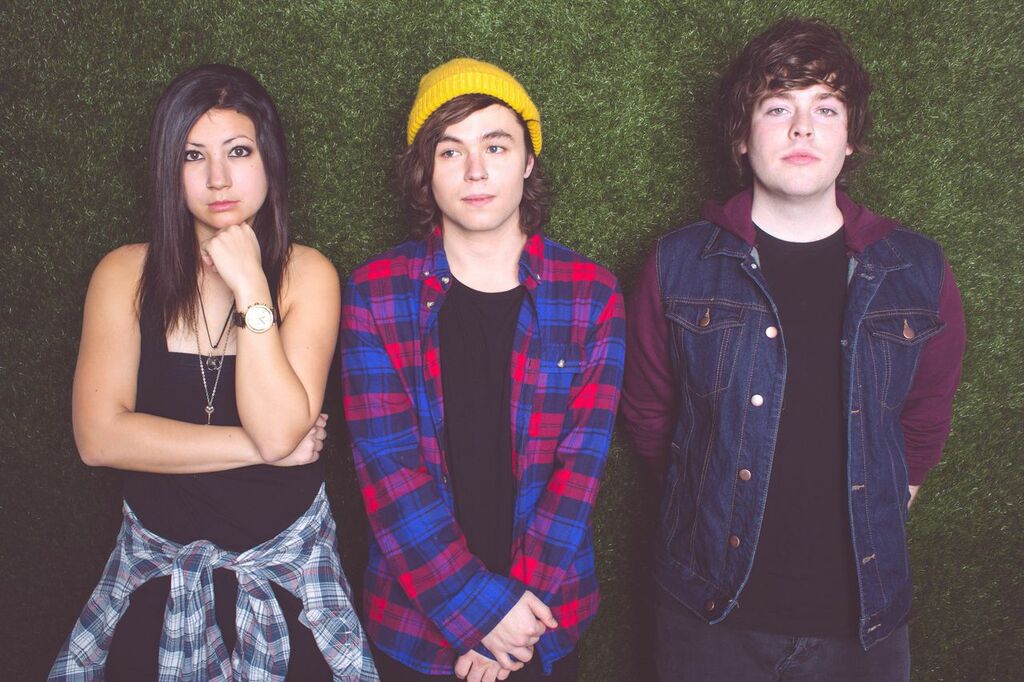 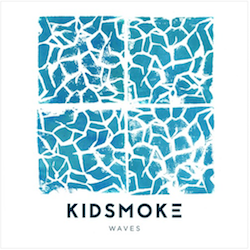