Saturday Sampler February 11th edition has another delectable serving of new music treats. Lots of these songs will get you up and moving while others will have you contemplating the world today. Anyway, let’s get the feast underway! 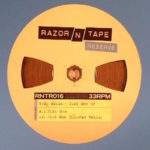 Kick off your weekend with some deliriously infectious disco dance grooves courtesy of Body Music. This brand new gem dropped yesterday, and we’ve had it on repeat ever since! The duo of Vito Roccoforte (of The Rapture and Vito & Druzzi) and Boston-based producer Bosq know how to lay down serious hypnotic beats. When your ears first tune into “Just One,” your body will instantly move. Then over the next seven minutes, you’ll be overcome with rapturous bliss – and isn’t that what the weekend is all about? Whether you’re in a club, driving in your car, or just dancing around the house, this is one track that will make you feel alive from head to toe. 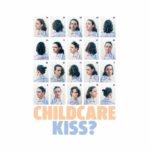 One of the great movements of the past 18 to 24 months has been the rise of alt- and art-pop. Forget cookie-cutter approaches and arrangements, these bands are creating oft-kilter but incredibly entertaining and innovative music. Helping to lead this wave are CHILDCARE, a young four-piece who are stirring up the London music scene. Just one listen of their new single reveals why this band is on the rise.

“Kiss?” is like a delectable cocktail, where every ingredient stands out yet together they create an explosive burst of joy in your mouth. And after soaking in this intoxicating medley that has a memorable finish, all you can say is “Wow!” We would like to order another “Kiss?”, please!

The single is out now via Lost in the Manor Records. More music from CHILDCARE is expected this year.

We have covered a lot of music over our 3.5 years of operation, but we still miss a lot of bands and artists. Every week, there is at least one band where we ask ourselves, “How did we not discover them before?” This week’s prize goes to coyóte.

The East Los Angeles band is not your typical indie-rock band, and it’s not even close. They are creating music that is creative, bombastic, and awesome. Case in point, their new single “dirty work”, which is mind-blowingly outrageous. The song is one part David Byrne and Talking Heads with the oft-kilter arrangements and quirky, math-infused melody. It is another part an outlandish and immensely catchy, modern-day disco tune, taking a page out of David Sitek’s (Maximum Balloon) playbook. If this song doesn’t get you up and dancing, nothing will.

“dirty work” is from coyóte’s debut EP, (just a lil bit), which must be heard. And after spinning the EP, we’re still asking ourselves, “how come it took this long for us to discover coyóte?” 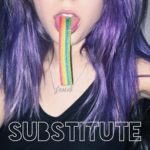 We still don’t know a whole lot about the artist known as FRND (although we have a hunch who FRND is), we are continually impressed with each new release. With “Substitute” we realize the lyrical content isn’t all shiny and happy as the singer chronicles the plight of being runner up to another’s heart. Even though the lyrical content isn’t all sunny, we still totally want to dance.

“Substitute” has a hypnotic vibe going on and is the perfect anti-valentine’s day track for those not quite in a relationship yet this year.

FRND shares a bit about the track: “Substitute is about realizing you’re someone’s option while they are your priority. You know what you feel is real but they refuse to leave their comfort zone and commit to you. In other words, just break up with your bf already.”

FRND has recently been signed to the label Crooked Paintings. 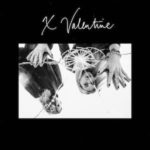 Few bands have us as enthralled and smitten as GEMS. This duo from Washington, D.C. makes such devastatingly gorgeous music that we look forward to every full moon. That’s because their latest project has them releasing a new single at this time every month. Just when we thought we couldn’t possibly love anything more than last month’s single (“Free Fall“), along comes a new track that takes our breath away again.

Since this month’s full moon falls so close to Valentine’s Day, “X Valentine” is an ode to those who find themselves alone, reminiscing about happier times. As frontwoman Lindsay Pitts describes, this song is for “all the heartbroken singles out there this Valentine’s Day, in recognition of a past great love and a resilience that two people share as they move forward through life alone.”

Even if you’re not flying solo on the 14th, you can still bask in the glow of this tune’s shimmering beauty. It’s out now from Carpark Records. You can grab your copy through Bandcamp and iTunes. 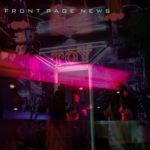 Brooklyn is unquestionably one of the United States’ music meccas. The pipeline of talent coming out of one of the Big Apple’s five boroughs is endless. It also means that the competition just to get noticed is fierce. But when an artist like Kevin McWha Steele emerges and is able to create meaningful songs that sound great, it only becomes a matter of time before tastemasters gravitate to him.

Two days ago, he unveiled his newest single, “Front Page News.” Resonating of the T. Rex and contemporaries like White Denim and Woods, the song is classic, ’70s-esque rock ‘n roll at its finest. The guitar work is catchy and gnarly, and Steele’s vocals are extremely smooth. And like the music of that era, the track is politically charged, as Steele addresses the current U.S. president’s propensity to make headlines. Unfortunately, the news often has us wondering whether we should laugh or cry, and we still have 205 weeks left of this.

“Front Page News” is part of Steele’s ambitious The Ariel Trilogy project. This three-part CD traces the life of a musician in New York City over the span of 20 years (2016-2036). The CDs, however, will be released in reverse chronological order, beginning with Kevin McWha Steele (circa 2036) and followed by The Nightly Howl (Forthcoming) (circa 2026) and Kooks (circa 2016). The Trilogy will be released later this year. 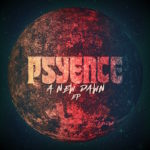 Are you sitting down for this one? You should be, because the intensity of “Midnight Moonlight” from British psych rockers Psyence will blow you away. With the strength of a boa constrictor squeezing its prey, this song wraps itself around you and holds fast. Its sonic assault begins immediately. From the first second, its full-throttle sound assails you with massive, face-melting hooks. This one’s heavy and fierce. It’s got a swampy undercurrent that echoes psych rock from Temples and Black Mountain. The furious percussion steers this behemoth track that lays waste to everything in its path.

Let’s face it: we’re all guilty of multi-tasking and only paying half-assed attention to things because so much is vying for our attention. That won’t be a problem when you crank this tune. It demands your attention and man, does it get it. By the time it’s over, you’ll either be speechless or uttering an enthusiastic “Bloody hell!” like we did. This tune is streaming at their Soundcloud page. Their EP, A New Dawn, releases March 1 via Blak Hand Records with pre-orders here. 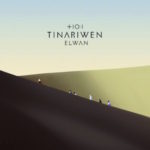 Another track that’s hotter than Saharan sands, Tinariwen just delivered “Assault” from their Elwan album yesterday. These talented Tuareg musicians from Mali and Algeria continue to bridge the gap between world music and mainstream Western culture.

We first fell in love with Tinariwen when they released their Grammy-winning 2011 album, Tassili. Their precise instrumentation is utterly mesmerizing. Now their music is more widely known and increasingly relevant. Immerse yourself in these soulful, stirring rhythms. You don’t need to understand the lyrics. The excellent musicianship and passionate delivery will still win your heart.

ELWAN (which also features Kurt Vile on two tracks!) is out now via Anti- Records; you can order it here. Tinariwen’s world tour kicks off March 2 in Zurich, Switzerland. 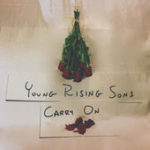 As romantic lyrics go, New Jersey indie band Young Rising Sons pretty much nail it on their new single, “Carry On.” The track’s opening lines (“Oh my love don’t you worry / when the world gets cold / I’ll hold your heart when it’s heavy / and I won’t let go”) are as uplifting as the soaring arrangement. In a world where anthemic indie pop seems to blast from every radio station, Young Rising Suns stand out thanks to their optimism. Instead of dwelling on love gone wrong, they celebrate togetherness.

“Carry On” is more than a modern love song. Sure, it will warm your heart and make you feel good. But too often the instant gratification of smooth chord changes and radio-friendly pop hooks can sour quickly. Not here. This isn’t saccharine music that will leave you wanting to change the channel. Instead, it’s a charismatic charmer that will leave you hitting repeat many, many times. The single is available now from iTunes. 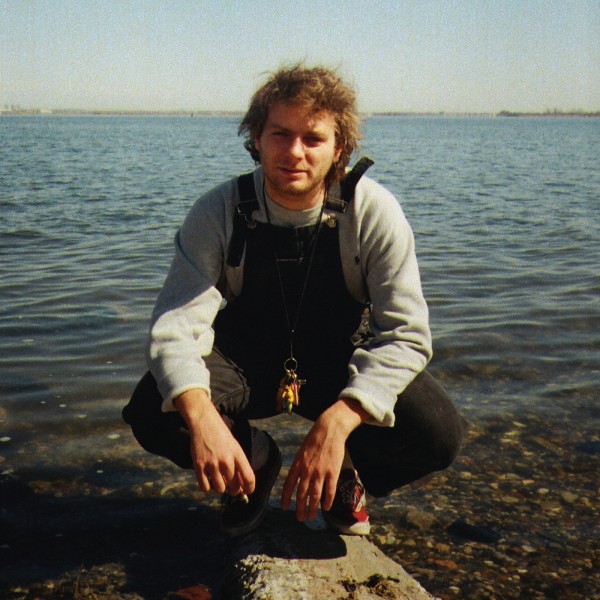 Mac DeMarco – “Another One”

The Matinee May 30th