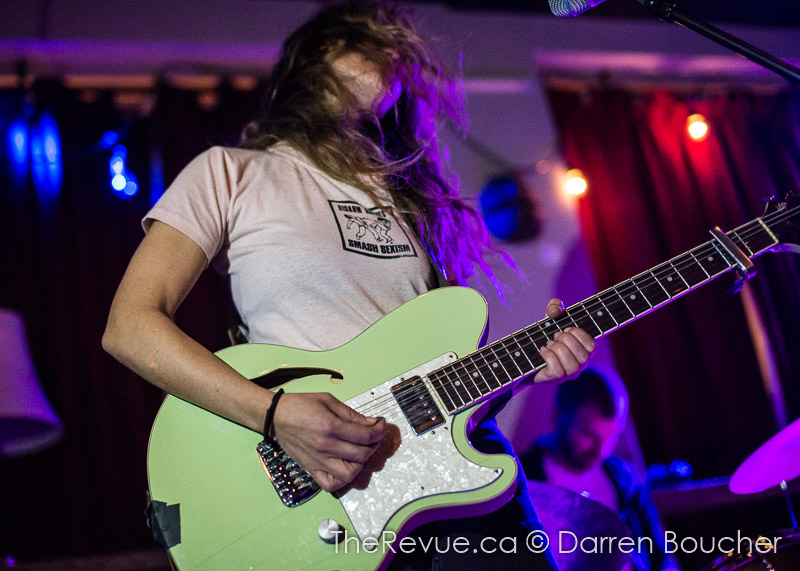 Montreal-based No Joy made a recent stop in Ottawa in support of their new EP Creep, which is to be released Feb 24th. The band’s wall of sound washed over the packed house, as they delivered their shoegaze style to the faithful crammed into Pressed. The band let the music do their talking as they moved through the setlist without banter.

After a couple shows in Eastern Canada the band now heads south to share their music with our American neighbours (and maybe to escape this weather). The tour heads to these cities next; is one of them near you?

Like in a previous visit to Ottawa, Destroy Clocks opened up the show, their styles meshing together in a complimentary way. The band introduced their new drummer during their set, which included some original material and a Fugazi cover.