The Matinee March 14th traverses the globe for some cool, new music. Eight countries are represented today, and some of these artists are currently at SXSW. 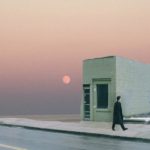 It’s time to start referring Calvin Love as a genius. The Edmonton-based singer-songwriter has an incredible way with words, painting elaborate stories and messages that the great artists like Lennon and Cohen once did. His latest song, “Sugar Hives”, exemplifies his brilliance, and it is heaven.

Starting off as a sun-drenched, swooning ballad, Love takes us inside the mind of a drifter who is questioning the world around him. It is a lazy, hazy number until the 3:36 mark when the song turns into a soaring, saxophone-driven epic. The transition also signals a change in tone, as Love sings, “Why have one when you know you can have it all?” Pure genius indeed.

The song is from Love’s new EP, ECDYSIS. It comes out April 7th and pre-orders are available on his Bandcamp page. 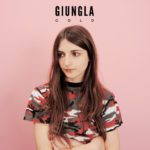 Emanuela Drei’s project, GIUNGLA, has been percolating around the indie scene for a few years now, winning music fans over with her take of grunge-pop. Armed with just a guitar, a drum machine, and a synthesizer, the Bologna-based singer-songwriter’s music is minimalist yet awfully contagious and with just the right about edge and grit. Her new single, “Cold”, is anything but chilly. It’s like a blast of warm air coming from the Ligurian Sea and sweeping across Emilia-Romagna to signify summer has arrived.

Drei’s vocals have a hint of honey but plenty of spice as she takes us on all the downers and pessimists in the world. The distortion-filled guitar is perfectly utilized, coming in when necessary to give the song an industrial vibe. And while we don’t necessarily gravitate to songs with a drum machine, it works on “Cold”, giving it simultaneously a DIY vibe and a song that would be perfect for one of Europe’s underground clubs. It will also be perfect in one of the small venues hosting a SXSW showcase, and Drei just will happen to be in Austin on Saturday.

The single is available now via Bad Life Records. 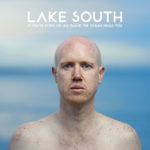 We still cannot figure out Lake South, and there’s nothing wrong with that as the New Zealand artist is somewhat of a chameleon. He’s swept us away with his sea-swept, minimalist soundscape on “Renters”, which was S. Carey-esque in its beauty. His main band, Urbantramper, blends numerous genres to create everything from cinematic and orchestral-pop songs to groovy, R&B-infused, electro-pop.

Maybe his solo project is an outlet of sorts, where he gets to share his most intimate thoughts while further extending himself musically. Whatever the reason may be, this underrated artist is a titantic talent. His debut album, If You’re Born On An Island The Ocean Heals You, is like a labyrinth because behind every corner there lies a surprise, such as on “Coast | Whanarua Bay”. Swelling with tantalizing synths and Lake South’s soothing vocals, the song is an uplifting number about finding strengthen within oneself and the power of home and community. The imagery used is poetically beautiful, showing another side of the Auckland-based artist. What can Lake South not do?

The album is out now via Home Alone Music. It can be downloaded on Lake South’s Bandcamp page (name your own price). If you’re in New Zealand, Lake South will be embarking on a seven-city tour beginning March 24th. You can find dates here.

While one Maggie has taken the music industry by storm – that would be Maggie Rogers – another is about to make her mark very soon. Signed to brand new boutique label, il Brutto Records, Maggie Horn recently released a split single, which includes “Sorry” and “They All Say”. Instead of choosing which song to share, we’ve included both. And why not?

The two songs are sultry and highly infectious, echoing the ’60s-laced indie-pop of Tennis and the dreamy intimacy of Springtime Carnivore. Both are groovy track, where whether you are sitting or standing you will be shimmering your shoulders throughout each song. Horn’s vocals, meanwhile, are like honey, dripping with a sweetness that you cannot get enough. But behind her smooth voice is a sharp tongue that essentially tells certain individuals to take a hike or back up your words with action. Someone call Pharrell and tell him there’s another Maggie making great pop music.

We don’t know much about MELLAH besides that they are an eight-piece band from South London. From what we have heard, they mix psychedelic, dream-folk, and Indian-inspired music to create songs that are majestic and mysterious. Some might even call their music exotic, and not because of the use of the sitar and other instruments. Rather, their music truly transports you to another place and time, like with “Old Friend”.

Trying to describe this song is virtually impossible because of its multiple layers and textures. There is a sultry element to “Old Friend”, akin to Chris Isaak’s classic, “Wicked Game”. The song’s mystic is very George Harrison, but it’s folk-driven arrangements are akin to Damien Jurado’s fantasy- and religious-oriented songs. The term “kaleidoscope” is often overused, but Mellah have created a song that is just that and it is fantastic. 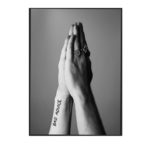 For a year now, Irish quartet OTHERKIN have been blowing our brains out with their rambunctious garage-rock. Everything these guys create is like it was shot out of a cannon. Their music is frenetic and bordering on wildly crazy, and every song is played like this could be the last time OTHERKIN will ever produce music. The band, however, explains their music the best:

“We want our records to be punchy, lean and blazing. Straight in, no kissing”

Their latest single, “Bad Advice”, fits the description to a tee. For just 139 seconds, the band fires blistering guitar riff after riff while rifling off head-smashing, sweat-inducing rhythms. The wordplay is equally fast, fiery, and unpretentious. But listen carefully and this song isn’t an anti-establishment number or one celebrating youthful exuberance. Rather, it sounds like an apology to someone close. We need more apologetic songs to sound as unrelenting as this. Heck, we need more bands like OTHERKIN.

For an upstart, independent band, a tour is everything. They won’t make much money – actually they’re more likely to lose money – but the exposure to new markets and reaching new fans cannot be quantified. So when news broke that Chilean shoegazers/dreamgazers Trementina were told they would not be allowed into the US despite having all the necessary papers, the internet went into a frenzy. Trementina, though, were just one of a handful of artists – SOVIET SOVIET, Massive Scar Era, Yussef Kamaal, and United Vibrations – who have been prevented from playing at SXSW and other gigs. This is unfortunately the new reality facing many artists and bands seeking to play in the US.

While Trementina won’t be at SXSW or touring across the US in support of their forthcoming, new album, we can still celebrate their music. We can still promote how great the Chilean trio are and the interstellar music they create. They’ve tantalized us for over two years, as they were part of a worldwide movement that aimed to revitalize a genre popularized by My Bloody Valentine and Cocteau Twins. And now there are no shortage of shoegaze and dreamgaze bands, but Trementina stand alone. Their new single, “Oh Child”, is showcases why we love this band. Whereas many songs within the genre attempt to blow you away, Trementina instead offer a lullaby. The instrumentation is more subdue yet it is still breathtaking and taking us to places in our past. In this case, it is exploring the inner child in us and the innocence of our youth. And this place is simply blissful.

On March 24th, their new album, 810, will be released via Burger Records. Pre-order it now.

Tuvaband – “Everything We Do Is Wrong” (Oslo, Norway) 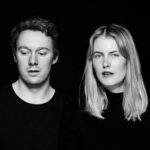 One band that did make it to Austin – or at least we think they did – are Tuvaband. Comprising of Tuva Hellum Marschhäuser (vocals/guitar/songwriter) and Simon Would (guitar/piano/keys), the duo have captured our imaginations with their lo-fi blend of indie pop and R&B.

In the same way The xx stole everyone’s breath when they arrived on the scene in 2009, Tuvaband’s new single, “Everything We Do Is Wrong”, is stunning. The song is a demonstration of simplicity being devastatingly beautiful. The air is filled with just Marschhäuser’s striking vocals and honest lyrics, the shallow notes of a piano, and a dissonant guitar in the background. Yet a dark haze envelops the track, giving it a film-noir mystique. We all know the scene – a late-night rendez-vous on a fog-filled bridge between two people who are now nothing more than strangers.

Experience Tuvaband’s enchantment in person this week at SXSW. Their schedule is available here. 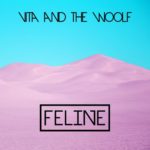 Almost a year ago to the day, Philadelphia duo Vita and the Woolf blew us away with their euphoric single, “Brett”. We loved the song so much that we included it on our Mega, Mega Playlist of 2016, featuring our favorite songs of the year. They return with another song that is explosive in a different way.

“Feline” is enchantment personified. The song is dark and hypnotic and reaching the captivating, brooding depths of BANKS and Daughter. While the song represents a change in direction for Vita and the Woolf – away from their sprawling, uplifting numbers – Jennifer Pague and Adam Shumski continue to craft stories that are psychologically thrilling yet frighteningly real, such as comparing our desperation to that of a trapped feline.

Vita and the Woolf are not at SXSW, but they are in the midst of a cross-continental tour. See dates here. 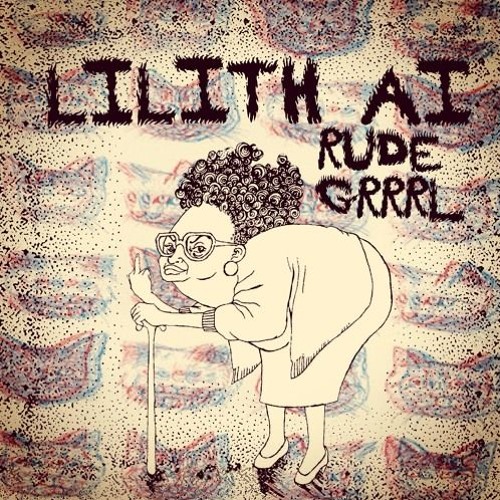 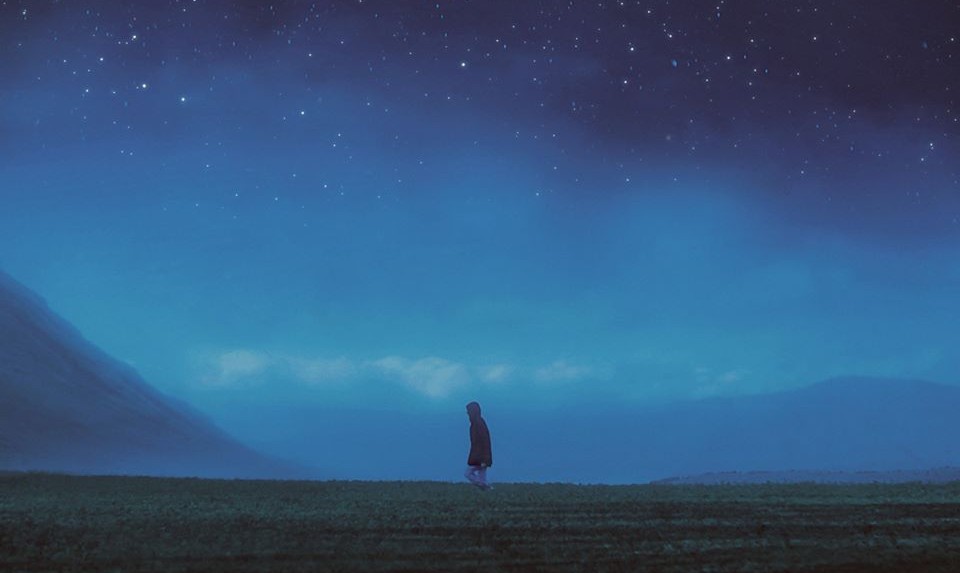 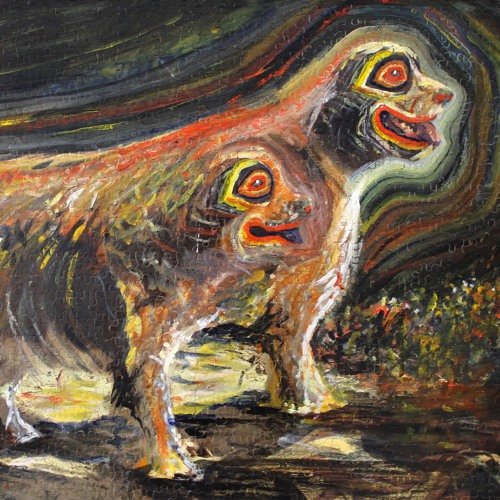