The Matinee March 23rd once again features nine songs, and each one will intrigue you in different ways. Some will make you laugh while others will have you thinking about your place in the world. Whatever you’re feeling like today, hopefully the mini-playlist will satisfy your mood. 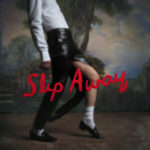 Three years ago, Mike Hadreas – a.k.a. Perfume Genius – released Too Bright, an ambitious yet intimate album that completely blew us away. It was named to several “Best of” lists, including our own 50 Favorite Albums of 2014. Needless to say when he released his brand new single, we were immensely excited.

“Slip Away” is, as expected, a brilliant masterpiece. Musically, Hadreas goes technicolor, adopting much more fuller and expansive sound. While his trademark piano still is present, waves of electronic, percussion, and guitar riffs filter the air to give the song a cinematic and dramatic quality. Lyrically, though, nothing has changed, as Hadreas continues to write songs that take on the establishment. “Slip Away” is a stunning song about love in all of its forms. “Love will never break the shape we take”, Hadreas repeats as the instrumentation around his voice escalates towards its dramatic finale. Did we already mention this song is brilliant?

If you cannot hear the entire audio, watch the theatrical video below.

The Black Angels are unquestionably one of the best psychedelic rock bands around today – and arguably in the history of rock ‘n roll. For over a decade, they have taken the music of the ’70s and made it more anthemic. While other bands have arrived on the scene and risen to the top of the psychedelic charts since the band’s last album, 2013’s Indigo Meadow, they are about to reclaim their throne in four weeks time.

Their new album, Death Song, arrives on April 21st via Partisan Records. They have already shared the LP’s first single in “Currency”, and they follow that up with “I’d Kill For Her”. Trippy, hazy, and blazing, “I’d Kill For Her” is the perfect psychedelic song. But it’s not just the fiery guitars, the searing bass line and percussion, or the fuzzy vocals. The story told is fantastic. At first, the track comes across as a cinematic number about a man who proclaims he won’t kill for the woman he loves. Listen closely, however, and The Black Angels have written a protest song that is perfectly fitting for this time when some wish to wage a war on innocent people. The video below further highlights The Black Angels’ message (also watch it if you don’t have a SoundCloud Go account).

Electronica is undergoing a quiet revolution. The return of Archive and the arrival of bands like Maribou State and North Downs are bringing the drama and cinema to a genre that for a decade leaned towards club environments. No longer are the songs dance anthems but trance-like/garage numbers that bury deep inside our psyche. We’ll have to start mentioning the name of A Fugitive as part of this movement.

The project of Dutch multi-talented artist Rosan Rozema, A Fugitive is preparing for the release of her debut EP. The second single from Coincidence is “Restless Coincidence”, which is a startling affair. A menace lingers in Rozema’s deep vocals, as calls out the forces that try to hold her down. As the song builds, an energy and ferocity are released, reflecting one’s escape from her oppressors. Sometimes, however, the oppressor is our own inner demons, which A Fugitive reveals in the song’s video (it’s below). Absolutely ingenious.

Admittedly, we don’t pay enough attention to Switzerland’s music scene. What we do know is that its central European location has made it a melting pot, as no single genre dominates the country. Folk, rock, electronica, pop, Americana, hip hop, house, etc. populate the airwaves and venues. It is not surprising then to find a band that is blending many genre into one fantastic sound. That group is All XS.

Earlier this month, they released their debut album, Soma Fortuna Limited, Bern-based indie label Oh, Sister Records. The record’s centerpiece is “Millennials”, which could be played in practically any environment at any time on any place on Earth. Electro-pop, funk, garage, hip hop, and trip hop have all been masterfully merged together on this groovy and infectious tune, which even Daft Punk would admire. Beyond the shimmering music, the quartet have written a thoughtful song after the uncertain future that awaits many young people today. Whose fault it is for this predicament goes unexplained, but All XS have given us something to think about.

Imagine for a moment a super-group was formed involving Ruban Nielsen of Unknown Mortal Orchestra, Ty Segall, Conan Mockasin, Mac DeMarco, and Aussie fuzz-psychedelic rockers POND. Everyone would be talking about this band because their music would be simultaneously fun, delirious, and rocking. While these artists may never come together as a band, there is a quartet across the pond that is channeling their greatness. Meet France’s Brace! Brace!

In January, the garage-rock / garage-pop band released their second EP, the aptly titled Controlled Weirdness. It is a bit weird but really awesome, in particular the single, “Slow”. The song is a tale of three parts. It starts off, well, slowly and melodically with the easiness of Mac DeMarco’s surf-pop before becoming a hazy number a la Unknown Mortal Orchestra. Thibault Picot’s squeaky vocals, meanwhile, are reminiscent of Conan Mockasin or Ty Segall on his album Emotional Mugger. The song then takes a sudden turn in the final 45 seconds, transforming into a fiery, garage burner to which you will just want to thrash your head. If there ever was a song that personified the word “kaleidoscope”, this would be it.

The EP is available now via Howlin Banana Records and Teenage Hate Records.

Sweden has become the music factory for awesome pop music. Australia is home to some of the best psychedelic bands and singer-songwriters. England, meanwhile, is developing some of the best indie-rock and post-punk bands on the planet. Wolf Alice, Black Honey, Anteros, Blood Red Shoes, Royal Blood, Eagulls, False Heads, Ulrika Spacek, and the list goes on and on. One band that we have left out is CABBAGE, which is such a great band name.

Last week, the quartet based in Manchester released a single that you will have playing on repeat. “Gibraltar Ape” is a monster of neo-post-punk song. It’s like grabbing some freshly fried fish and chips after a night of drinking with your buddies – greasy, delicious, excellent for sharing, and, well, just perfect. There will not be a single complaint when you spin this track; just a bunch of happy friends.

The single is part of CABBAGE’s new EP, Young, Dumb and Full of… Cabbage, which is available April 22nd via Skeleton Key Records.

A year ago, Dolly Spartans lost their guitarist, who suddenly died from a drug overdose at the age of 22. That experience and the months of grieving provided the focus for the New York City-based band’s sophomore EP, Time Sides With No One, which will be released at the end of the month. The lead single from what could be the most heart-wrenching record of the year is “Hanging Out”.

Despite the somber reflections in the song, “Hanging Out” is a boisterous and anthemic indie-rock number. The jangly guitar notes, the blistering drums, and the awesome, percolating bass line ignite the adrenaline and cause an internal combustion that only the great rock songs do. You’ll be jumping, dancing, and possibly suffering a whiplash after spinning this song. And there is probably no better way to honor the passing of a friend than to create a song that celebrates his life with a bunch of rowdy strangers.

Time Sides With No One is out March 31st on Blue and Lucky. Pre-order it on Bandcamp.

For over a year, EAT FAST have been blowing our brains out with their fiery and unpretentious indie rock. At the time, they were first known simply as EAT, and their debut single, “Byker Drone”, made us immediate fans. A few more singles later, our fandom for the Newcastle quartet has reach feverish levels. One thing that has won us over is that EAT FAST take the most mundane things and make them fun.

Take their new single, “Scrambled Egg”, which is a deliriously amusing but blistering rocker. The song treats the every day habit of waking up and the chore it can be at times. The mix of vocals is awesome, where the slacker voice is the sleepy teenager and the harsh screeches below to one’s parents who are screaming at her children to wake up. If a sequel to Napolean Dynamite is ever made, the producers should call EAT FAST because they’ll come up with the perfect track. Or they should just use “Scrambled Egg”.

The song is the lead single from EAT FAST’s forthcoming EP, Immortal Kombat. It will be released May 19th via Cannibal Hymns, and pre-orders are available via Bandcamp.

There aren’t enough adjectives in the dictionary to describe Kevin Morby. He’s unquestionably one of the great singer-songwriters in music today and an extremely underrated one at that. Maybe, hopefully, Morby will start getting recognized outside the indie realm for his talents when his new album, City Music, comes out June 16th on Dead Oceans.

The lead single from the LP is “Come To Me Now”, which exhibits Morby’s greatness. The instrumentation is dark and heavy but never too theatrical, reminiscent of Nick Cave’s most sombre numbers. Morby’s storytelling, though, is what steals the show. There are many verses in the song that are memorable, but the following excerpt is the most captivating. To whom, to what is Morby’s friend is unclear, but that is part of the Texan’s brilliance.

I can’t wait for the sun to go down
I’m tired of squinting at the god-awful town.
I can’t wait for the moon to rise.
She’s my friend, always been.
You can see it in my eyes.
I love her. I do.
I love her. She loves me too.
Come to me now.
Like you did then.
Pretty and slow, pretty and thin.
Where do you go when go out at night?
When will you come home? What did you find?
Ain’t got a friend in world like this.
There is a fortress around my heart, till death do me part.