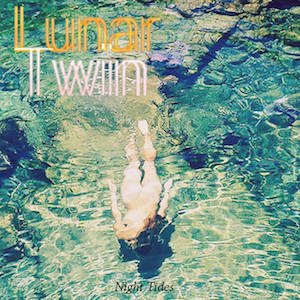 Your mid-week serving of new music cocktails is a shoegaze lover’s dream. These six singles from artists in the UK and US explore the spectrum from ambient dreamwave to louder psychedelic rock, with hints of bossa nova for added variety!  Enjoy the next 25 minutes of sonic bliss. 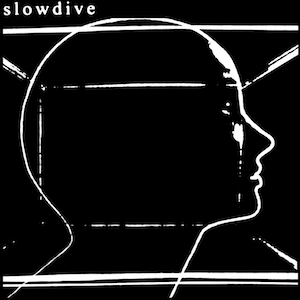 When we shared “Star Roving,” the first new Slowdive single in 22 years back in January, we weren’t sure if it was a one-off single or a clear sign of a forthcoming LP. Yesterday they delivered a devastating new single, an album title and release date, and tour details plus news of a live concert stream today at 4:10 p.m. EST as the band performs in London. “This show sees us return to the site of our last London show in December 1993,” they announced.

Slowdive’s eponymous fourth album is due May 5th from Dead Oceans. Consider this: when Slowdive released their last album (Pygmalion) in 1995, Bill Clinton was the U.S. president, Prince William was still a pre-teen, and some college students graduating this year were not yet born. Now after all this time, these legends return sounding fresher than ever. Perhaps they want to remind their myriad emulators that even those who set the bar can still raise it higher.

“Sugar For the Pill” is one of the finest songs in their entire catalog. It’s the epitome of perfect shoegaze. This song’s tranquility shimmers from the start, and it floats with warm, rich textures throughout. Video is below if you cannot stream the song above.

Fans looking to see this band (maybe for the first time) will be pleased to know tickets for their tour are on sale now.

The Slowdive album arrives May 5 with pre-orders here. 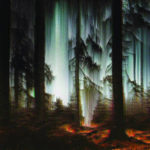 British shoegaze veterans Monster Movie tend to erupt and spew new music with the frequency of a volcano, which is to say, neither regularly nor predictably. The rumblings of a fresh single excited longtime fans who then wondered how Monster Movie and Slowdive could possibly have new LPs simultaneously, since the bands share two members. The answer lies in the timing. They’ll simply tour at separate times.

“Keep the Voices Distant” is the title track from the first Monster Movie album in seven years. This follow-up to their 2010 album, Everyone Is a Ghost, gives founding members Christian Savill and Sean Hewson time to tour this summer in promotion of the new Slowdive album that arrives in May. Last year Slowdive member Rachel Goswell released a debut album with her side project, Minor Victories, so this welcomed reunion brings some balance to fans of both Slowdive and Monster Movie.

While we don’t yet have full album or tour information, we know Monster Movie will return to the stage in London on April 7.

Keep the Voices Distant arrives this Friday on Graveface Records. You can pre-order it from Bandcamp. 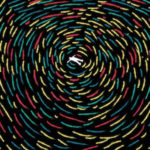 The sun-kissed psychedelic warmth that Starwheel create on their “Drip Feed” single is all the positive energy you’ll need to get through this week. These emerging indie stars from Derby at times echo the psych-rock of Temples and Foxygen although theirs is a mellower orbit in the psych-rock galaxy. As a fairly new band (they formed in 2015), Starwheel have a handful of songs out now, however, their talent is evident on each one. It is clear from the cohesion they display on “Drip Feed” that their debut will be meticulously crafted once it’s released.

Waves of ’60s-era nostalgic psychedelia rise and fall throughout “Drip Feed.” It’s a midtempo joyride with an extended intro that keeps you entranced. Once the lyrics begin, you’re already floating upwards to another dimension, propelled by the swirl of hazy guitars. Every element of this song enhances the rest. The gently driving percussion accentuates instead of dominating, allowing the vocals to shine without being overshadowed by the music.

You can pre-order this single ahead of its April 28 release date via their Bandcamp page. 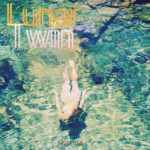 Prepare to be swept away by the lush dream-wave bliss of Lunar Twin on their newest release, “Waves.” From the moment this song starts, you are transported to a place of supreme chill. The four-plus minute journey plunges you into a soundscape of downtempo synths only to then lift you onto a breezy plateau of warm, haunting vocals. “Waves” will indeed haunt you. “Like skin on skin,” as the repeated lyric goes, you’ll be drawn to its sultry charms and won’t want to let go.

Lunar Twin is the duo of two Los Angeles natives who live separated by the inspiration for their sound – the Pacific Ocean. Christopher Murphy (music/production) resides in Utah while Bryce Boudreau (vocals, co-production) is based in Hawaii. You may be temped to mistake Boudreaux’s vocals for Nick Cave or Mark Lanegan as his voice has similar dark, smoky qualities.

Lunar Twin have captured the irresistible allure of tropical, moonlit breezes with this song. “Waves” is a seductive elixir of chillwave and synthpop fused with gothic tones that will linger with you long after the last note plays.

Look for this single on the duo’s new Night Tides EP. It’s out now via Emerald & Doreen Recordings on the group’s Bandcamp page. 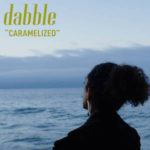 Dabble, the Los Angeles-based dream/hip-hop group, should be on your radar for one very simple reason: their music is beguiling and addictive. Their sound hits that sweet spot where dream pop with hip-hop, bossa nova, and psychedelic influences melds in perfect unison. The breezy vocals of singer Danielle Evans beckon you to listen closer. “Caramelized” is a siren’s song that renders you incapable of protesting, it’s simply that hypnotic.

The band is in their fourth year together, and if this song is any indication, they have a long career ahead of them delighting fans with their tropical-inspired music. Dabble doesn’t emulate any other bands, which sets them apart from nearly everyone in the indie spectrum. More innovators than imitators, they make their own sound, and in doing so have created their own unique genre. Do yourself a favor and let “Caramelized” caress your senses. Your ears will thank you.

Their album Touch is out today from Burger Records. You can find it and this single on their Bandcamp page.

C Duncan – “Nothing At All” (Glasgow, Scotland) 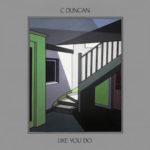 Last November we raved about the “celestial, otherworldly” brilliance of C Duncan when he released his “On Course” single. Now the Glasgow-based musician is wowing us yet again with another track from his latest release, The Midnight Sun.

“Nothing At All” is instantly captivating. The combination of its spiraling synths and shimmering arrangement will take your breath away. Duncan’s dream-like vocals weave in and out on this mesmerizing odyssey of emotions. For four minutes, your thoughts will be suspended while the ambient tones wash over you.

As the song begins, the familiar celestial tones evoke feelings of exploration but also uncertainty. Midway through, the crescendo heightens those conflicts. If you close your eyes while you listen, you aren’t sure whether you’re falling, soaring, or both. One thing is certain: few artists create such soundtrack-worthy audio imagery. When you need to calm your mind with soothing tunes, look no further than C Duncan. He’s been touring the UK lately with a full band supporting Elbow, so check his website for details if you want to experience his meditative music in a live setting.

The single’s artwork is also Duncan’s handiwork, because this artistic triple threat is a skilled painter as well as a composer and musician. You can get the single and The Midnight Sun album from Fat Cat Records, iTunes, or Bandcamp. 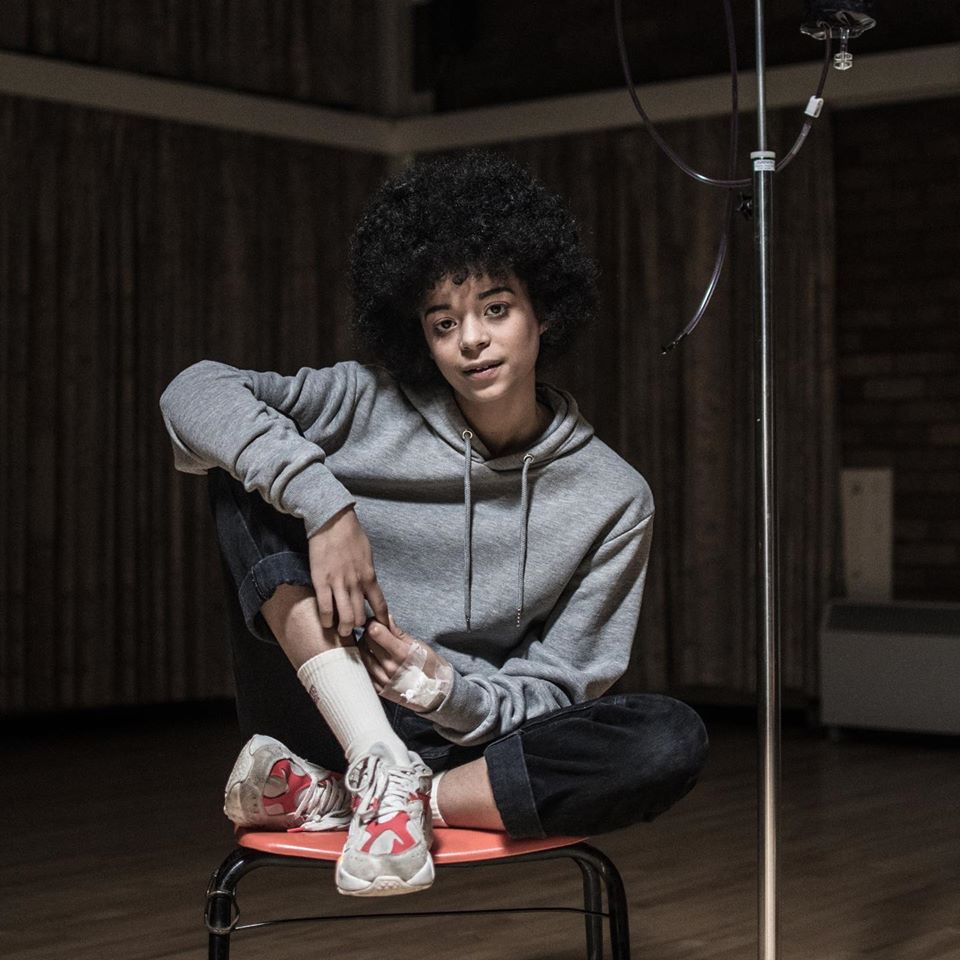 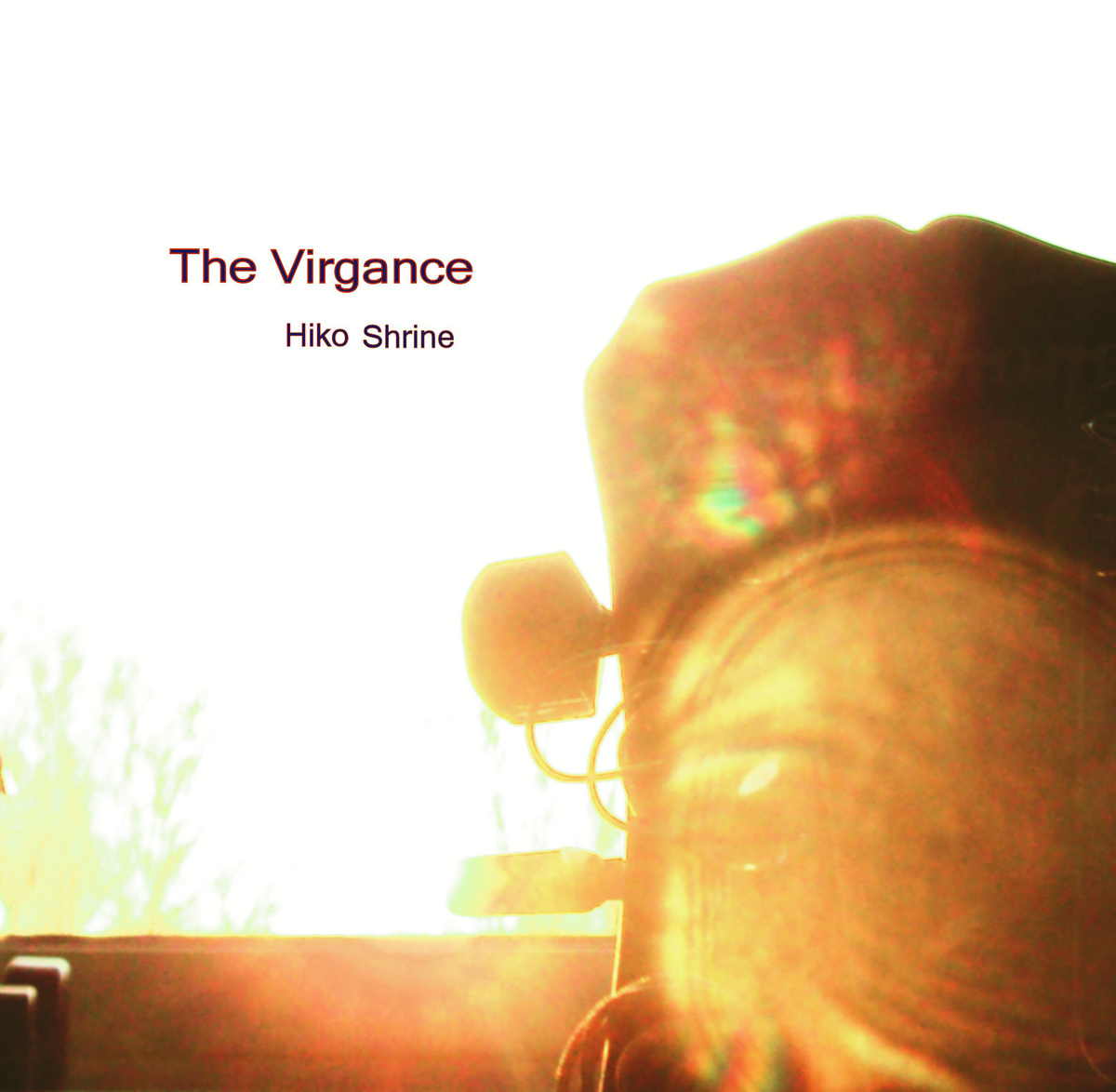