The Matinee April 4th has a retro feel with most of the songs channeling the music of the past. Nine songs are featured, and you’ll recognize some of the artists.

It has been quite the twelve months for Annelotte de Graaf, the woman behind Amber Arcades. She released her debut album, Fading Lines, toured the US for the first time, and has had a surge of support from across the world. She is one of music’s most unassuming artists and future stars. When she’s not applying her talents to songwriting, she’s working in human rights law, helping to better the lives of people across the globe. Whether it is through the legal system or music, de Graaf has a way of touching our hearts, and her latest single might define her impact the best.

Heartbreak has never sounded so blissful as it does on “Can’t Say That We Tried”. de Graaf’s voice aches as she reflects back on her time with someone that was once close to her. The music is pensive and even mournful with the organ bellowing above all the instruments, offering one other way to say goodbye. Or maybe, it is de Graaf saying thank you. We wouldn’t put it past the graceful and optimistic singer-songwriter to turn a solemn moment into one to be remembered and even celebrated.

“Can’t Say That We Tried” is from Amber Arcades’ forthcoming, new EP, Cannonball. It is out June 2nd via Heavenly Recordings.

RIYL: A Place To Bury Strangers, My Bloody Valentine, No Joy

Six months ago as the seasons were changing, Colour Of Spring helped us bid adieu to summer and welcome autumn with “Snow”. And just as spring has sprung, the Leeds-based quartet return with another majestic, shoegaze gem. Check that, “Frail” is a mesmerizing, mind-blowing number that makes “Snow” a fading memory.

The pacing in the song is brilliant. It starts off subtly before the shoegaze guitars, the throbbing bass, and the furious drum line fill the air. Frontman’s Shane Hunter’s vocals are slight, distant, and dreamy, acting like our subconscious and explaining we “can’t always get what you want”. As the song reaches its apex, we are left transfixed in a way that only the great shoegaze bands can do.

New Zealand is much more than hobbits, wizards, orcs, dwarves, and elves. The country is also home to some of the most gifted and under-the-radar artists and bands around the globe. Although almost everyone knows Lorde, most have heard of The Flight of the Conchords, and several are familiar with The Naked and Famous, artists like Aldous Harding, Kane Strang, and Nadia Reid have signed deals with 4AD, Dead Oceans, and Spunk Records, respectively, and all are set for massive breakthroughs in 2017. Another to watch closely is Fazerdaze.

We’ve been singing the praises of the Auckland-based, Amelia Murray-led quartet for some time, dating back to 2015. Now with their highly-anticipated, debut album, Morningside, arriving May 5th via legendary label Flying Nun Records, the buzz for this band will intensify well beyond Middle Earth. The lead track from the LP, “Lucky Girl”, was a jangle-pop gem. Single number two, “Take It Slow”, on the other hand, is guitar-pop extraordinaire. Murray’s voice, as always, has a deliciously sweet and intimate quality, where every note she sings is like a whisper. The jangly guitar notes echo the arrival of spring while Murray’s light lyrics describe the blossoming of a relationship. This is the perfect song to also begin your love affair with one of indie music’s rising stars.

Back in the late ’70s and early ’80s, the Dunedin sound was created, which merged together punk rock with psychedelic and jangle-pop. Bands like Pavement and Superchunk were heavily influenced by the music coming out of the South Island city. That spirit of innovation resonates across New Zealand, particularly in Wellington, which is home to some of the country’s most creative bands like Glass Vaults.

Like experimental-rock / alt-pop icons Deerhoof, Glass Vaults take the unexpected and make it accessible. Their new single, “Brooklyn”, evidences their unique approach. This quirky, oft-kilter number feels like summer. The jangly guitar riffs and the cool rhythms create a light and breezy soundscape while the peek-a-boo harmonies are like bursts of sunshine breaking through the scattered clouds. And like the warm glow, you’ll be left humming the chorus all day long and smiling while doing it. The song, though, isn’t necessarily a cheery one (the guys were stood up by a woman named Brooklyn) but that shouldn’t stop you from enjoying this clever tune.

This is the first single taken from Glass Vaults’ new album, The New Happy. Melodic Records will release it on May 12th. Pre-orders available here.

It’s been fourteen years since Kraftwerk released a new album. If they were to re-emerge, what would they sound like? Would they retain their krautorock beginnings or be inspired by the new approaches and sounds being generated by up-and-coming bands? We think the latter, and allowing us to imagine what could be are Houses of Heaven.

Based in San Francisco, this trio’s new single, “Black Waves”, is a riveting, trance-like affair. The song returns electronica to the days when the German legends were the talk of the world. There is, however, a gloomier darkness that pervades over the song, as the band has integrated elements of contemporary post-punk (think the starkness of Savages and Preoccupations). The song is more a hallucination than it is delirious; one that will occupy your mind for days. This is a band to watch.

“Black Waves” is from Houses of Heaven’s forthcoming EP, Remnants, which will be released May 19th via Felte. The band is comprised of Keven Tecon, Nick Ott, and Adam Beck.

The ’70s is arguably the greatest decade in rock history. The music was varied, but everything was written with an edge, including folk-rock numbers. The songwriting was tremendous, and some of music’s finest songs came out this time. Whether modern rock can recapture the genre’s pinnacle remains to be seen, but a little band in Europe is doing their best to bring that era to the present.

Meet Tammo Dehn and Jascha Kreft, who as Odd Couple have emerged as one of Germany’s rising rock bands. Late last year, they released their second album, Flügge (meaning “independent” or “to spread one’s wings”), which was celebrated for its classic approach to psychedelic and garage rock. From that album is “Am I Evil”, a single that you will want to buckle in before pressing play. This song is dynamite. It’s what one would expect to be created if Thin Lizzy and Ty Segall got together for a recording session. Fiery, fierce, and anthemic, “Am I Evil” is just an awesome good time.

Flügge is available via Cargo Records.

Both The Cure and Cocteau Twins during their early years had an unmatched ability to make the stark and unpleasant sound wonderfully captivating. The music of their early years was dark yet hypnotic and unexpectedly sensual. Now imagine Karen O fronting one of these great bands for a song or an album. Such a project would be a momentous event, and the music would likely be genre-altering. Although LA trio SecondStill do not have the name power of these artists, their music is still transcendent.

Their latest single, “Strangers”, is what we would envision a collaboration between Karen O and either The Cure or Cocteau Twins. The intertwining of the hallow, crystalline guitar riffs and the goth-rock bass lines create a chilling soundscape, and the calm vocals are almost sinister in their delivery, teasing us to come a little closer. Suddenly, this experience is less intimate, but instead feels like we are traveling alone through an endless tunnel and whose destination is unknown. There is no escape, and the only choice is to succumb to SecondStill’s stunningly bleak seduction.

The single is out now via Manic Depression Records.

When we wrote about Tired Lion two months ago, we encouraged people to get to know the band quickly because they were on the verge of a massive, global breakout. After a successful tour of the United Kingdom, their popularity has indeed spiked. They haven’t yet achieved super-stardom quite yet, but it’s only a matter time before they have a Wolf Alice-type explosion in Europe very soon (they already encountered this in Australia). If you don’t believe us, then you have not heard their new single.

“Cinderella Dracula” is a monster of an indie-rock track (pun not intended). It surges with the intensity of Wolf Alice, as the dueling guitars pierce the air while the rhythms pound heavy in the background. Lyrically, the song has the brutal honesty of Diet Cig and PWR BTTM, as frontwoman Sophie Hopes tackles the subject of an abusive relationship. The lyrics are powerful, such as “Nothing feels good anymore, and no means no”. This band is going places, and their rise to the top will continue to accelerate with this perfect combination of anthemic rockers and poignant songwriting.

Welles – “Life Like Mine” (Nashville via Fayetteville, Arkansas, USA)

This mini-playlist could only end one way – with a “new” band who immediately sound like rock legends. That band is Welles, the project started and fronted by Arkansas native Jehsea Wells.

Like Neil Young, Robbie Robertson, and Don Henley, Wells left the comfy confines of home to broaden his experiences, but a sense of homesickness set in. So instead of dwelling on what he was missing, Wells set out to write, “Life Like Mine”, which is a memorable rocker that soars with the energy and haziness of ’70s neo-psychedelia. The slight delirium that is established provides the perfect backdrop to this song that is more like a book of vignettes than one single adventure. Wells’ multiple encounters are weird, wacky, and even bizarre. Yet at the same time, he makes us reflect on our own lives and how “fucked up” it is. Such is the power of a great storyteller, which Wells displays on this fantastic track.

“Life Like Mine” is from Welles’ debut EP, Codeine, and it will be released April 28th via C3 Records. 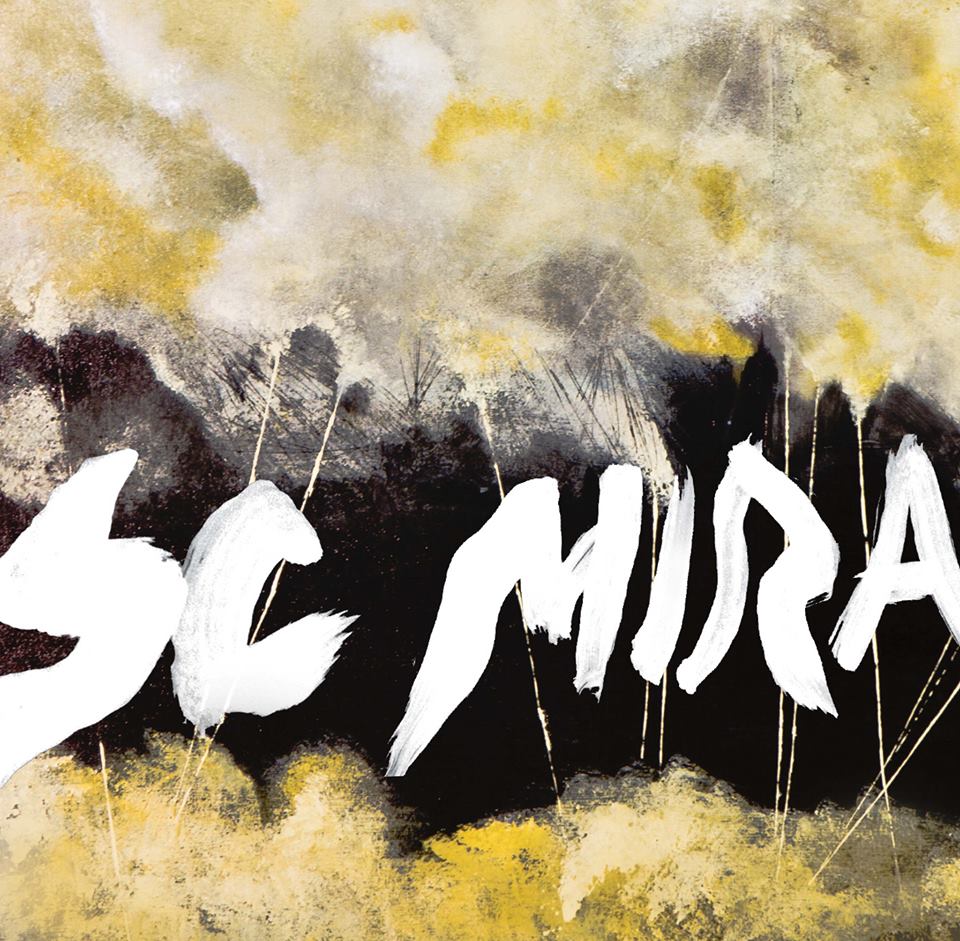