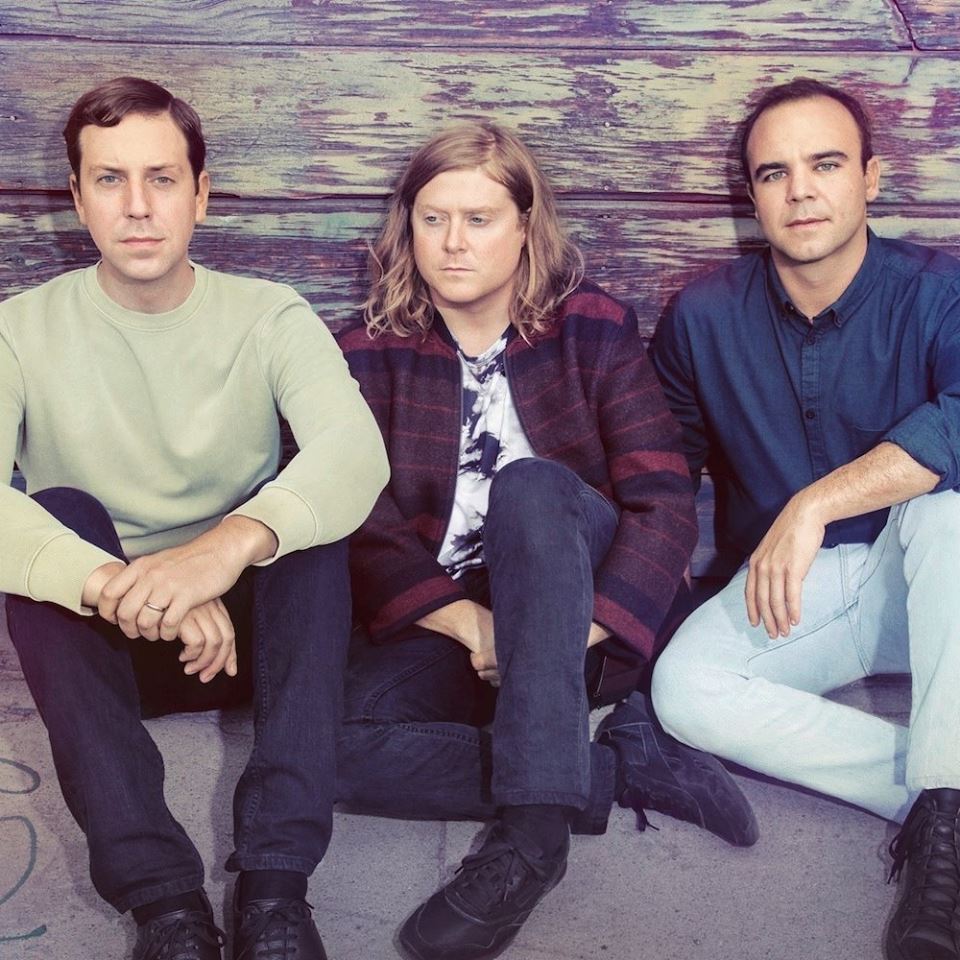 Future Islands are the reigning royalty of indie synth-pop. Over the last 11 years, they have cemented a reputation for both showmanship and craftsmanship. Their live shows are marked by high-energy performances from frontman Samuel T. Herring, while their music always gets the crowd on their feet. Now with the release of their fifth album, The Far Field, we ask the one question on the lips of fans and critics alike: does this trio still have the magic that’s put propelled them to the pinnacle of their career? Does this album have the same cathartic energy as their 2014 hit, Singles?

Without a doubt, the answer is a unanimous yes.

The Far Field is a sumptuous treat, full of ’80s New Wave-inspired bass lines and pulse-quickening beats. Recorded at Sunset Sound, the same legendary Los Angeles studio graced by Prince and The Beach Boys, this Baltimore-based trio once again make bleak feel good. They have rightly assumed the throne vacated by ’80s legends like New Order, Joy Division, and The Smiths. But where those bands thrived on gloom, Future Islands instead infuse hope and sunlight on even the bleakest days. It’s only April, but The Far Field is already a strong contender on our Album of the Year list.

The album is out today via 4AD.

Not many bands have the ability to make you smile from the very first to the last song and even hours after finishing their album – unless that band is Future Islands. The energy that they perform live is channeled into their recordings, so there’s little differentiation in the music and which is the hallmark of a great band. Well, obviously the one difference is that the audio format can never replicate Samuel Herring’s on-stage dancing and antics, but the positive vibes they emit in a concert are felt in their music and throughout The Far Field.

The album does tackle a variety of themes, and each one done with a tremendous amount of grace, respect, and integrity – words not often associated with music. For instance, “Day Glow Fire” addresses the dissolution of a relationship, but there is no finger-pointing nor vengeance being sought. Instead, Herring looks introspectively and reflectively on what happens. “We use to talk until the sun come up. We use to walk, we use to run”, he sings, reminiscing about the adventures and partnership he and his significant other once shared.

The vibrant “Time On Her Side” is a fantastic story of a woman – maybe Herring’s mother or sister? – whose legacy will be remembered for a very long time. This leads to the fantastic “Ran,” the heart-racing and panting-inducing highlight of the LP. It is just pure cinema, and one that will long be remembered as one of the best of the year. The other majestic track is “Cave” which turns loneliness into an anthem of hope.

Songs like “Beauty Of The Road” and “North Star” channel the ’70s and ’80s with their percolating synths, but the songs continue to build around the concept of living life to its fullest and finding belonging. Then there is “Shadows,” a surprising little duet with Debbie Harry that is nothing short of fantastic. From the opening synth notes to when Harry’s notable vocals chime in, you cannot help but smile from ear-to-ear. The song is akin to the warm, chest-swelling synth- and disco-pop of the late ’70s but made even more splendid. Then again, for over a decade – and definitely over the past 5 years – Future Islands have been reformulating synth-pop into something truly spectacular, and The Far Field is just that. Actually, it’s more than that. Whereas Singles was their breakthrough, The Far Field just might be the signature album of their career.

There is no denying the charismatic charm of Samuel T. Herring. From his signature, madman dance moves to his growling vocals, he is a force of nature. I was optimistic that The Far Field would equal the rapturous vibe of Singles, and it does for the most part, although the energy does wane just a bit on the last half. Everything fans love about Future Islands is here: the danceable beats, the icy synths, and the hypnotic bass from the criminally overlooked William Cashion.

The album’s lead singles “Ran” and “Cave” are the P.S. to the love letter of their Singles LP. Last month we called “Cave” a “jubilant, instant classic,” not simply for its uptempo pace. This is the album’s high water mark, where Herring bares his soul and shares his darkest fears:

Even the brooding chorus with its “I don’t believe anymore / I won’t grieve anymore” have a solemnity despite the exuberant melody on which it soars.

The one thing The Far Field has that sets it apart from its predecessors is old-school star power. Blondie’s Debbie Harry makes a surprise appearance on the penultimate “Shadows,” although younger fans may not grasp the significance of having a pop-punk icon in her early 70s duet with Herring. The reality is that Future Islands owes a debt to the genre pioneers who made synth pop what it is today, so it’s a fitting tribute. And while the album doesn’t stray far from its proven formula, it still shines. In fact, these songs could be prescribed in lieu of antidepressants for their uplifting, mood-boosting qualities. Huge, enthusiastic thumbs-up.

What makes Future Islands so appealing to me is the earnestness with which they deliver their music. They work within a genre that is famous for preening, pretentious egotists. Watching Sam Herring perform, wearing maybe a long-sleeve T-shirt and dark slacks, thumping his chest and losing his voice, is wonderful to me. It’s about the music and the meaning. Lead single “Cave” is a favorite as is “Day Glow Fire.”

The band sounds absolutely fantastic on this album, and John Congleton‘s production style works to simply reveal what Future Islands are themselves. Unsung hero: bassist William Cashion, whose sprinting basslines slingshot every song forward in space. I love Sam Herring’s hoarse voice, but I can’t stop listening to these bass parts. I think Cashion is literally a lead bassist.

Right out of the gates, The Far Fields had me dancing. “Aladdin” is one heck of a groove, and immediately it’s clear that Future Islands picked up right where their fantastic Singles left off. Throughout the record is this infectious groove, and it’s almost impossible to sit still during.  Samuel Herring brings his distinctive vocal style, and while at times it has a gritty quality, it is turned beautiful by the wonderful synth work of Gerritt Welmers and the driving bass grooves from William Cashion.

The Far Fields has a handful of really, really great tracks. “Ran” and “Cave” were two early favorites, but hearing them within the context of the complete record really made them feel new again. “Beauty of The Road” has some really amazing synth work and features some of Herring’s best vocals. The percussion on “North Star” helps it stand out. In the middle of the record the tracks meld together a bit, but the last two create a truly memorable end. From a gorgeous duet between Herring and Debbie Harry on “Shadows” leading into the low-key smooth groove of “Black Rose,” The Far Fields ends as strongly as it begins. An easy thumbs up for The Far Fields from me. Good luck finding a more danceable record this year.

Future Islands is one of those bands where you can just hit play and not worry about which track is coming up. Singles was definitely an album that got played out, and only after listening to The Far Field just a few short times, this album will be one you can listen all the way through and love every single track on the album.

Most bands have a way of delivering one or two solid singles from an LP, and then the rest of the album is just OK. Future Islands on the other hand is a band whose emotional heart permeates each track released. You know they aren’t just talented; they are genuine. We all agree that Samuel Herring sings his heart and soul out with each live performance, and that is still communicated well via the album release. After hearing “Ran” and “Cave” I had a feeling this would be a solid album and possibly close to the damn near perfect album that Singles is/was. It’s quite possible The Far Field is even better.

“Beauty of the Road” has an awesome ’70s/’80s vibe, yet my favorite track on the album is “Through The Roses.” It’s hopeful yet also real and raw. These few lyrics sum up life sometimes on this earth: “It’s not easy, just being human / And the lights and the smoke and the screens / Don’t make it better / I’m no stronger than you and I’m scared I don’t know what to do / I’m scared.” The parting lyric is what we all have to remind ourselves even if we feel scared and we don’t know what to do: “But we can pull through – together. Together we can pull through.”

“North Star” is an awesome love song. “Day Glow Fire” is also a standout track, and you can’t deny the awesomeness of “Shadows” which is an amazing duet with Debbie Harry and such a nice, refreshing surprise. All in all, The Far Field is an easy contender for AOTY and one of their best albums yet. 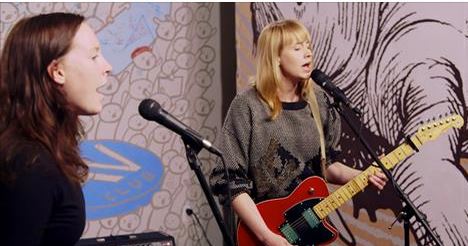