The Saturday Sampler April 8th edition is bursting with springtime energy! These 9 songs from artists in Australia, Denmark, England, Norway, and the USA will energize your weekend with their indie rock, dream pop, synth pop, and electronica. Hopefully you’ll fall in love with their sound like we have. Check back tomorrow when our Weekend Showcase playlist will include these songs plus all the other music we’ve covered this week. 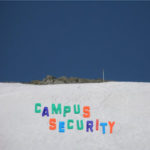 When you first hear this single from emerging California indie band Campus Security, you may wonder if you’ve discovered some obscure ’90s band who toured with Wilco or Pavement back in their early days. Don’t let the authenticity of this jangly Americana pop fool you: “Parts of You” is not vintage, although it will take you right back to those days of flannel and baggy jeans. It’s insanely on point, with sublime echoes of “Cut Your Hair”-era Pavement and  Built to Spill. Even their lyrics (“I don’t care about the past / I tried living in the fast lane for far too long”) have a wisdom not typically associated with twentysomethings.

It’s hard to believe a sound this tight is coming from four musicians we’re only now discovering. Where have these guys been hiding? Why haven’t they been added to every indie festival worth its salt? We have more questions than answers, but with music this promising, we have a feeling Campus Security won’t linger in relative obscurity for much longer. “Parts of You” is the perfect summer tune to spin on a lazy Saturday evening as the sun starts to set. (Festival bookers, take note.)

When an artist has had all of her singles, including her debut, premiered by Bike Valet, us, and Impose, her star is clearly on an upward trajectory. It also says a lot about her immense talent, as she’s impress a wide range of tastemakers. This artist is none other than Christina Cuesta Loeb, who dropped her first name for her music project just to keep things simple. However, there’s nothing simple about her music, including her latest number, “Grass It Grows.”

The single is incredibly dreamy, as the ’70s psychedelic-pop tinges swirl effortlessly like dandelions seeds gliding in the air. Loeb’s vocals, though, pierce the air, first with a stunning radiance then growing a touch fiercer as the song progresses. The change in tone reflects the innocence of youth and the pressures to conform to a specific image and set of norms. At the same time, it is a celebration of one’s individuality: “Grass it grows with no pressure to be tall and green. Let me be, let it flow free,” Loeb exclaims. This mantra, though, isn’t limited to just today’s younger generations, but in this day and age represents everyone. Loeb is a talent that should be embraced by all.

“Grass It Grows” is out now on iTunes.

It only takes a mere few seconds listening to “Duvet Day” to realize that English singer-songwriter Ellie Bleach is something special. Whereas many young artists her age are trying to imitate Katy Perry, Ellie Goulding, and BANKS, she has looked across the globe for inspiration, and for us it’s never a bad idea to channel Courtney Barnett.

Don’t mistaken Bleach, however, as an impersonator because her music tinges with a bit more grit. But like the affable Australian, Bleach’s focus is not necessarily on the music but on the songwriting, and this song is full of lyrical gems. Check that, “Duvet Day” is like a collection of short stories, where in just three minutes and seventeen seconds Bleach offers a number of vignettes all based on her staying in bed, like:

“Wake up at 4 PM and stay in bed until I can’t stand the smell of my breath,” or:

“The only voice I’ve heard all day is automated, and they can’t understand I’m not interested.”

Then there’s: “This has got to be the ugliest sunrise I’ve ever seen. The stink of 7AM is never this sharp.”

Let’s just say it now: Ellie Bleach is a lyrical genius, and we love her for that. The single is out on Hazy Dog Records. 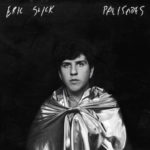 You probably know Eric Slick as the drummer for indie rock outfit Dr. Dog, so you already have some idea of the fierce wall of sound his solo music will have. If you’re expecting pulse-quickening, hair-raising indie rock, “You Became The Light” will not disappoint you. This song has enough potency to replace your morning coffee, which is almost surprising when you consider where Slick wrote it.

Back in 2014 he left his Philadelphia home and relocated to the peaceful, hippy-filled mountains of Asheville, North Carolina. On a quest for inner peace, he found inspiration among the fresh air and meditation, ending up with enough songs for his forthcoming album, Palisades.

From the first notes, this feedback-drenched rocker will blow your hair back. But there’s a centeredness at its core that becomes calming. This is the tune to crank when you’re running, as its steady tempo will usher in that runner’s high zen feeling in no time. But even if you’re not a runner, this song offers ample meditative rewards in its own rockin’ way.

Palisades arrives April 21 from EggHunt Records with pre-orders here and from Bandcamp.

A new month has arrived which means only one thing – a new song by one of our favorite duos, Freedom Fry. Our love affair with Marie Seyrat and Bruce Driscoll started over two years ago when they enticed us with their bubbly and contagious indie pop. Over the past six months (possibly longer) they’ve meticulously moved towards a more folk-pop sound, and lyrically they’ve gone further back into time. Their new single, “Wild Child,” for instance, would have been a blockbuster single in the late ’60s and early ’70s.

The music on the song is sublime. It is light, dreamy, and soars just as the right moment to make your chest swell and then ease to prepare for the next moment. Seyrat’s voice, as always, is warm and intimate, and her storytelling is sensational. Although the song follows the journey of a young woman during a troubling time and finding solace in friends (images of Penny Lane from Almost Famous come to mind), it is also representative of the experiences and feelings many of us are feeling today. If Freedom Fry continue down this path, we could have our very own Joan Baez and Arlo Guthrie.

This single is out now on iTunes via Caveman Arts Society.

It’s only a matter of time before Grace Mitchell becomes a worldwide sensation. The fast-rising artist first amazed tastemakers with her fiery rock ‘n roll, as she adopted an approach reminiscent of Janis Joplin, Joan Jett, Shirley Manson, and Courtney Love. The 19-year-old Portland resident, however, is expanding her wings and attempting to take over another genre. This time, she is setting out to become the new ruler of pop music.

Her new single “Now” is an eye-opening, get-up-on-your-feet earthquake of a pop song. The bassline on the track is awesome, giving the song a funk vibe. What makes the song, however, is Mitchell’s lyrics. Akin to Lorde’s “Tennis Court”, Mitchell offers an anthem for anyone wanting to be accepted for who they are. It is as much a celebration of individualism as the diversity that exists all around us.

The single is out now via Casablanca Records, an imprint of Republic Records. Pick it up here. Mitchell will be at a number of festivals this summer, including Osheaga in Montreal. Catch her!

We have to ask this question: Where the heck have Los Tones been all our life? This week, the Sydney quartet released their sophomore album, What Happened, on Portuguese label, Groovie Records, so maybe we’re not the only ones missing out. Better late than never, right?

And why are we harping on this band? Just hear the title track from the album and you’ll understand why. The song is woozy psychedelic, garage rock. If John Dwyer of Thee Oh Sees collaborated with Bass Drum of Death, it would likely sound like this monster of a track. This song is fun, delirious, and just awesome. It’s the perfect song to add to the middle of any road-trip playlist, giving you that much needed adrenaline rush. 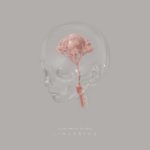 Brian Batz – aka SLEEP PARTY PEOPLE – is a Danish multi-instrumentalist who started tinkering with an old piano nearly a decade ago. What began in 2008 as a home recording project blossomed into his 2010 self-titled debut album. Since then, he’s been creating some of the most creative and blissful electronic shoegaze/dream pop this side of Radiohead. In fact, his vocals on his new single “The Missing Steps” instantly draw comparisons to Thom Yorke.

There’s a gauzy quality to this song that transports you inside a dream world of breezy textures. Its hypnotic melodies float around you while the subtle layers of synth mesmerize you. “The Missing Steps” is from his aptly titled new album, Lingering, that’s due in late spring. He couldn’t have picked a better title, since his music does invite you to linger inside its lush, shimmering environment. When Batz sings, “It’s exactly like a dream / and the rain began to fall,” it will be hard to suppress a sigh of contentment. 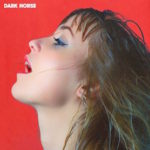 The last single on today’s playlist will stick with you all weekend. “Dark Horse” is the immensely catchy new song from Norwegian singer Thea Glenton Raknes who records as Thea & The Wild. The infectious energy of this tune will have you singing along to the uptempo chorus while you dance around with wild abandon. Anyone who’s ever been underestimated or had their heart played by a lover will be able to sympathize with this song. It’s a relatable tale of warning not to take advantage of a loving heart or there will be hell to pay.

At 29, Raknes has the youthful energy of a teenager, but this is no teen pop song. It starts with a faint, old-school country vibe that would make Dolly Parton proud. The lyrics of the first verse (“If you’re gonna love me, thrill me / but know that it’s a risk to take / and if you’re gonna shoot me, kill me / ’cause I can’t stand the heartache”) fool you into thinking it’s a “woe is me” heartbreak tale. But then the hook-filled chorus explodes, and it’s clear that Raknes is tired of being yanked around. “You give me and you take it back / You’re a fire leaving me the ashes,” she sings with powerhouse vocals. What she leaves you with on this song is a feeling of strength and confidence.

The single released yesterday via Propeller Recordings. You can get it from iTunes. 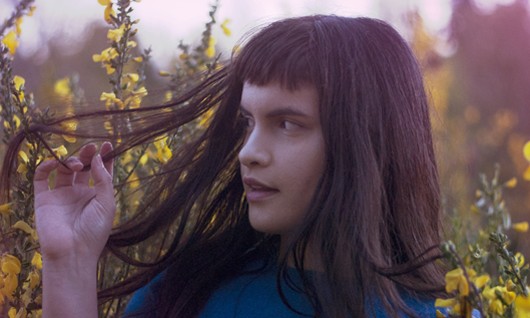 The Mountain Goats – ‘Beat The Champ’