The Matinee April 20th takes flight with nine new music singles. There are a couple of familiar names and others that you will want to take note of immediately. We start things off with one of indie’s great singer-songwriters.

Since the start of the decade, Katie Crutchfield has swooned us under project Waxahatchee. Her three albums, including 2015’s incredible Ivy Tripp, earned her recognition as one of indie’s great singer-songwriters, as she crafted personal stories that should be bound and forever stored in libraries across the world. Earlier this week, she unexpectedly revealed that album number four will be coming this summer, and the lead single offers a peek of what is to come. If “Silver” is any indication, then fans will be in for a treat.

“Silver” sounds a bit different from what Crutchfield has created in the past. It is a bit grittier and rougher around the edges, radiating with the energy of Liz Phair in the ’90s. Her sweet vocals, however, remain, offering the perfect juxtaposition to the reverb-drenched guitar and the driving melody. Yet, the song feels like spring – refreshing, bright, and awe-inspiring. Even the lyrics have a element of April and May, where the coldness of the past is shaken off with the oncoming warmth of the change of the season. As such, “Silver” is like seeing the first rose blooming in your garden and all you can do is smile at the thought of what is to come. The exact date is July 14th when Crutchfield’s new album, Out in the Storm, arrives. The fine folks at Merge Records will release it. Pre-order the LP here.

In a day and age where most artists and bands are either reinventing the wheel or going electronic, hearing a throwback song is akin to receiving an unexpected present. Playing the role of Santa Claus is Alanna Eileen, an Australian who crossed “The Ditch” and settled in New Zealand.

This week, she shared her gorgeous new single, “Knowledge”. The song haerkens to a day when folk music stirred your deepest emotions and desires. The arrangements are simple but beautiful with just an acoustic guitar, the occasional touch of the piano, and the echo of the steel guitar humming in the background. They provide the haunting and stunning canvas for Eileen’s striking vocals and her story of a lost soul finding solace to shine. Just close your eyes and let yourself be enchanted and taken back in time. In doing so, you just must shed a tear.

Avante Black – the indie group spearheaded by London-via-Uppsala, Sweden artist Ottilia Zimmerman Kjulsten – have it all to be mega-stars. They’re young and hungry. They have the image to appeal to people of all ages. Most importantly, their brand of music is infectious yet fierce. So what gives? The answer lies within their new single.

“Make A Mess” is a brooding but stirring pop-rock number. It simultaneously haunts your mind while entices you to move freely to its dark, hypnotic melody. There’s no huge finish nor heavy electronics buzzing through the song. Instead, the heavy bass line and the crystalline guitars are ’80s-esque in their delivery. There also isn’t a repetitive chorus, as Kjulsten opts to tell a complete story of an ex who still occupies her thoughts. In other words, this is a band that has chosen to not succumb to Top-40 stereotypes. Instead, they’ve chosen to make awesome music like “Make A Mess”, leaving us indie fans to appreciate their art.

The song is out now via PIAS imprint Different Recordings.

When listing the great guitarists of the current generation, Dani Neff often gets ignored, which is a shame really. For nearly a decade, she’s been fronting prog-punk-rock outfit Megafauna while melting the faces of anyone who should come across them. Even within the Austin music scene, Neff and her bandmates Zack Humphrey, Will Krause, and Winston Barnett are highly underrated. Maybe this all changes when their new album is released next month.

To whet our appetites for what is to come, Megafauna have shared “Doubt”. With the eeriness of L.A. Witch and the pounding pace-setting of The Melvins, “Doubt” is a blazing rocker. The rhythm section is on point, reflecting a haemorrhaging heart that is about to explode. The guitar work, as expected, is awesome – fiery and intense when needed but calm at points to allow the drama to unfold. This is where Megafauna are underappreciated, as Neff has a knack for telling stories that everyone can relate to but in a creepy fashion. In this case, it is the sounds of the night (or those in our head) that shake us to our foundation.

And Megafauna will do just this when their fourth album, Welcome Home, arrives May 27th. The band is once again comprised of Dani Neff (lead guitar/vocals), Zack Humphrey (drums), Will Krause (bass), and Winston Barrett (guitar/keys).

From their stellar debut album, Jurassic Technologie, to their reworking of Dear Boy’s “Alluria” – one of those rare re-makes that was better than the original – Los Angeles duo Pr0files have long enraptured us. Lauren Pardini and Danny Sternbaum’s brand of synth-pop has long reminded us the great bands of the ’80s. It is warm, majestic, and truly awe-inspiring, but it’s even more cinematic. Every one of their songs has a “wow” moment, where simply lose yourself in the song.

However, in the case of their brand new song, “Money”, the wow moment lasts from the first second to the very last. “Money” is truly an immaculate stunner. It epitomizes what synth-pop should be – breathtaking, captivating, and dazzling. The production work is fantastic, as Sternbaum chooses subtlety over heavy-handedness to create a dream-like soundscape. Pardini’s voice is alluring as always, where you cannot take your attention away from her vocals.

What separates Pr0files from so many similar artists is that they are exceptional storytellers. Whether personal or fictional tales, the duo are able to create stories within their songs. This time around, they focus on how people money, fame, and greed can corrupt the most tender soul and how they can destroy something as powerful as love.

There are few things in this world that can heel the deepest wound. Music is one of them. It can provide a cure to any pain or anxiety and fill in gaps in a person’s life. It can also be a bridge between people, bringing them together despite being separated by thousands of miles. And this brings us to Tuelo Minah – or simply just TUELO.

Born in South Africa, TUELO left her family farm for the U.S.A., landing in Brooklyn. As what happens to many people who live in New York’s music borough, Minah discovered her musical side. Over the years, she has created music that blends soul and punk-rock – or “revival music”. Consequently, she’s been compared to everyone from Nina Simone to David Bowie. For her latest song, however, she channels some of soul and R&B’s great artists in arguably her most personal and endearing song to date.

“Saint Margaret” is an old-school soul number that even the greats like Aretha Franklin, Patti Labelle, and Mavis Staples would be honored to sing. The song, as such, is intimate and immediate, rich yet simple. Unsurprisingly, Minah’s impeccable vocals steal the show, as they glisten with the majesty of Alicia Keys and the late Whitney Houston. The power and emotion with which she sings will melt your heart, and learning that this song is dedicated to her mother, Seabi, who still resides in South Africa, will have you shedding a few tears. Now imagine what it would be like to hear this in a church – it would be an incomparable experience. Pretty soon, TUELO will be joining the aforementioned greats and likewise earn the word “incomparable”.

Once upon a time, M83 took listeners on an endless journey to the limits of the universe and back. His music was the definition of cosmic spirituality – songs which took over your body and soul and left your mind warped from the experience. A few artists and bands have been able to successfully capture that mood, including favorites like Phoria and Mt. Wolf, and the latest to join this select collective is taking a slightly different approach.

Meet Dutch quartet The Anaesthetics. Whereas the aforementioned artists have taken a more sensual approach, The Anaesthetics have adopted edgier, electro-rock arrangements. Their new single, “INCEPTOR”, explains everything. From the opening production work and soaring synths to the very last words, The Anaesthetics have created a sensational song. It is hypnotic and engrossing, dark and mesmerizing. Instead of gliding through space, “INCEPTOR” feels like a race through the time continuum in order to evade something deep from our past. The track is not just a listening experience; it’s a ride towards destiny.

Seems like Pharrell can do no wrong these days, as the superstar musician, producer, and promoter has been uncovering several hidden gems and made them stars. Maggie Rogers was last year’s fast-riser. This year, it could very well be NoMBe. Check that, he will be. The Los Angeles-based singer-songwriter and multi-instrumentalist defies categorization. Soul, soothing electro-pop, gritty indie rock – the man can do it all. However, what makes NoMBe an artist to watch is that he’s not solely creating songs based on a single sound, but he’s integrating multiple genres into one. He’s like Dr. Frankenstein, except his creations are works of art, such as his new single, “Can’t Catch Me”.

Featuring fellow LA-based band New Mystics, “Can’t Catch Me” is a fabulous soul-garage rock-classic rock ‘n roll mélange. It is catchy, fun, and a sheer delight. For nearly three-and-a-half minutes, the song will have you dancing, jumping, and possibly combusting. Even for the most conservative listener, you might just find yourself doing the occasional air guitar or head bobbing.

Demos are not suppose to sound great. They should be grainy and raw, but just good enough to pique people’s interest. For newcomers Penguin, their new single is a first-cut demo, but you wouldn’t know that if you heard this streaming online or being played on the radio. Seriously, “Not A Problem” is pretty close to perfect as a song could be.

The percussion-driven intro is ear-popping, catching your attention immediately. When the electric guitar arrives and pierces the air, everything around you stops and all your senses are consumed by this monster of a track in a way that only the great bands can do. Think the anthemic, indie-rock brilliance of Foals merged with the electricity heard in Unknown Mortal Orchestra’s classics, and that is “Not A Problem” in a nutshell. Imagine what this song could sound like once it has been cleaned up a bit. It could be a serious contender for song of the year. 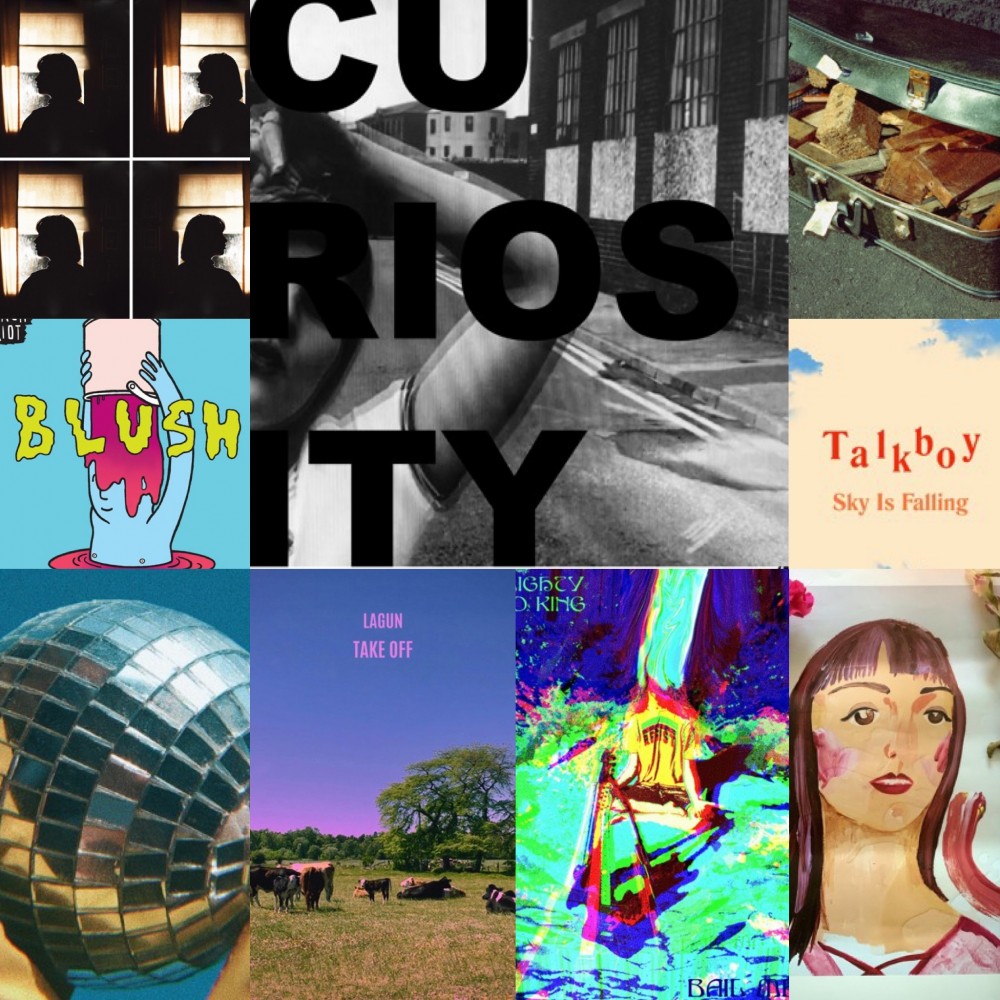 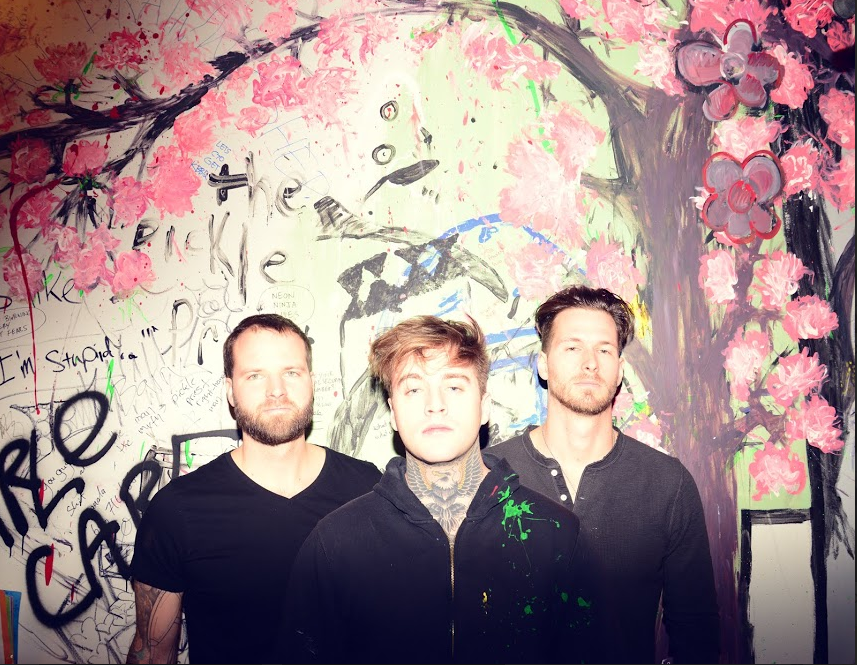 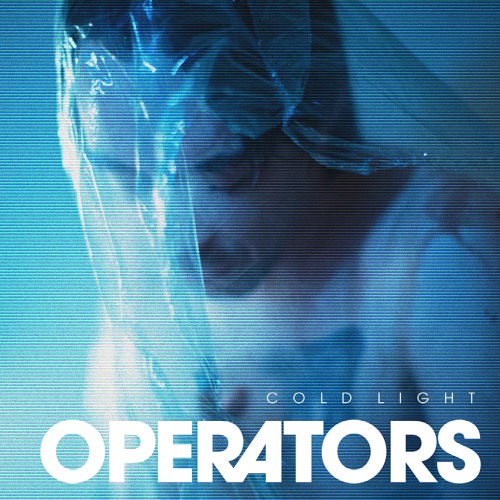