The Matinee April 21st includes a multitude of new tracks to get your weekend kicked off right. We have no shortage of talent today and a global playlist to boot. We hope you find your new favorite band or artist. Don’t forget to check back tomorrow for our Saturday Sampler and of course or mega playlist on Sunday. Bands today are representing New Zealand, Sweden, The US and The UK today. We start things off with an iconic band from overseas.

In the wee hours of the morning, we had a “Holy Fudge Nuts!” moment. Specifically, at around 2AM EST, Swedish greats Shout Out Louds unveiled their newest single, and it is spectacular.

“Oh Oh” feels like summer. Check that, it is summer. The soaring melody shines on your soul like the warmth of the high-afternoon sun while the soothing harmonies wash over you like an ocean breeze. You cannot help but be lost in this incredible song, which represents Shout Out Louds’ first new song in four years. Even the lyrics feel like an anthem to themselves, as they sing, “Don’t say that it’s over because nothing ever is.” While the band has been around for 16 years, “Oh Oh” feels like a band rejuvenated.

Shout Out Louds are Eric Edman, Ted Malmros, Adam Olenius, Bebban Stenborg, and Carl von Arbin. If you are unfamiliar with the band, they were among a wave of indie-pop artists to emerge from Sweden in the early 2000s. They achieved some international success, but their popularity has been confined mostly to Europe. This may change in 2017 when their new album will be released on Merge Records. We don’t have details since we share this before getting the press release. We’ll update this when we receive more news.

Unstable times often yield the arrival of great bands. The Vietnam War led to popularization of the protest song. The Reagan-Bush years helped birth the grunge scene. Now the instability around the world and the prominence of social media have stimulated a new era of poignant songwriting and gripping music. The latest band to make noise is Art School Jocks, a quartet from Atlanta who have been around for a little less than two years.

Referring to their music as “existential bedroom pop”, the band’s approach is deeply embedded in the late-’80s and early-’90s. Their new single, “Catdog”, perfectly exhibits their sound – lo-fi and grungy with a wisp of dreamy pop to keep you enchanted. Think early Liz Phair fronting Hole. Speaking of these two legends of the alt-rock scene, Art School Jocks could very well ascend to their levels, particularly with their biting, socially-charged lyrics. In this case, they tackle the duality in communication, where one thing may be said yet its meaning is far different than its appearance. Such an observation is not merely limited to everyday interactions, but it is everywhere – advertising, television, and, of course, politics. Here’s a bad to really watch over the coming weeks. 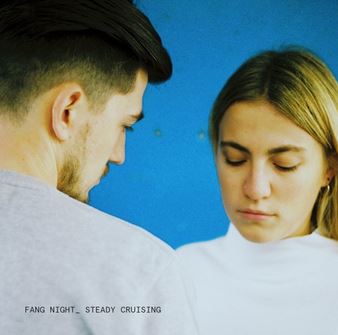 Fang Night are comprised of art and design graduates Ben Walker and Ewa Lefmann, the two-piece have been making music together since the age of 14 and are fresh from being shortlisted for Glastonbury’s prestigious Emerging Talent Competition.

With “Steady Cruising”, they have created a song with an eclectic mix of addicting indie pop hooks, fizzed out electronic elements and the perfect play on vocals with Ben and Ewa contributing to Fang Night’s ode to insomnia.

We look forward to more releases from the duo, possibly an upcoming EP that will follow their 2016 release, Artificial.

“Steady Cruising” was released this month via Every Second Records. 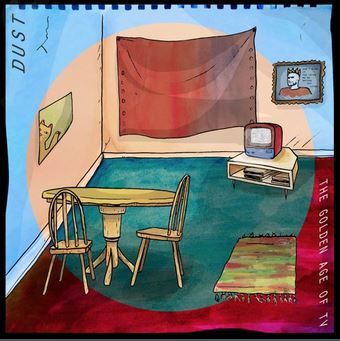 The Golden Age of TV have just released their second single, and the fairly new quintet continues to impress with their pop-tinged indie rock.

“Dust” is a completely upbeat and uplifting track yet with a sarcastic lyrical tone of a relationship gone wrong. We could listen to the sweet yet enchanting (think Edie Brickell) innocence in Bea Fletcher’s vocals all day long. We are definitely excited to see what this fairly new quintet will be offering up in the future.

Guitarist Ryan Bird explains a bit regarding the track:

“Dust is about someone who is sabotaging the good memories from the past relationship. It’s very sarcastic in tone, as it’s such an upbeat song, yet the lyrics are from the perspective of someone battling to hang on to the happier times. Each of us can relate to how frustrating that can feel, so the song means a lot to us.”

The advantage of living in a small country like New Zealand with only a handful of labels is that the talent that exists gets to be cultivated instead of being moulded into something generic and radio-friendly. Consequently, bands playing orchestral pop, indie folk, alt-pop, and the Dunedin sound can flourish. Take Ha the Unclear, the four-piece who started in Dunedin but now are based in the sprawling metropolis of Auckland.

Calling these guys quirky would be an understatement, but there’s no questioning their creative genius. Their new single, “Big City”, exemplifies the band’s sound. This track is an extraordinary alt-pop song that resonates with the playful brilliance of David Byrne and Dan Bejar’s work under his moniker Destroyer. The off-kilter rhythms and beats are zany and even a bit overzealous and the harmonies are a mixture of Talking Heads and Devo, but it all works. And like these great artists and bands, you’ll be bopping around for its 3 minutes and 42 seconds.

Besides the catchy music, listen to the lyrics. Seriously, listen to the multiple stories the band shares, as they speak about the various events and sights seen in the big city. Yet at the same time, as the quartet mention, “everyone is anonymous”. But for Ha the Unclear, anonymity likely won’t be in the cards for them in the future.

We like to daydream about potential great collaborations. We often float the names of popular bands and artists, such as My Morning Jacket and The Drive-by Truckers forming their own version of Temple of the Dog. One combination that we never considered was Hoop and Briana Marela. We’re kicking ourselves for this because the Seattle-based artists’ music was made for one another, as revealed on their single “Baseboards”.

An immaculate and transcendent piece of ethereal dream-folk-pop is “Baseboards”. The song is incredibly beautiful and breathtaking, as the five women take a subtle and low-key approach to the instrumentation. The harmonies are fantasy-like, as if we had stumbled upon Neverland and fairies flutter around our heads while enchant us with their soothing songs. This must be a fairy tale because something this stunning is beyond even our wildest imaginations.

Beyond the music, the lyrics are thoughtful and powerful. The five women tell a tale of a person deeply hurt by a relationship and who has decided to leave. There are several excepts worth noting, but this one hit home the most:

I’m not here to argue, I’m saying what I have to say.
I’m not trying to break you,
Nothing can make you tame.
I lied to you when I said there’s nowhere else I would rather be.
You’re an honest man with a decent plan
But you’re not the one for me.

The song is from Hoop’s forthcoming, new album, Super Genuine. It will released May 19th via Decency Den Records. Pre-order it on Bandcamp.

Nadine Shah is back! The London-based singer-songwriter took the indie world by storm with her hard-charging, PJ Harvey-esque debut album, Love Your Dum and Mad. She followed that up with the more purposeful and brooding, Fast Food. She’s now readying the release of her third album, and if the lead single is any indication we should be prepared for something extraordinary.

“Out the Way” is an aggressive and epic rocker, as Shah once again channels her inner PJ Harvey. Her vocal is heavy and intense, as she channels society’s practices regarding inclusion, diversity, and identity. The assertiveness in her voice is captivating, grabbing hold of you like an enchantress standing before you and casting a spell. The instrumentation surrounding her is incredible, from the tribal-esque percussion to the jagged saxophone of Pete Wareham. There’s nothing delicate or taut in this song – this is Shah at her fiercest and we love it.

Regarding the meaning of the song, Shah had the following to share:

“So on this one trip to the States, I’m taken to the other side of the airport in this room where everyone in the room has brown skin – and they’re all looking at me like ‘what the fuck are you doing here?!’ I just made this joke, I just said – ‘oh, I’m Pakistani.’ And then everyone started to laugh. But it’s just like – that’s totally about a rise in nationalism that I’m seeing. It’s completely terrifying. Even on Twitter I’ve had people telling me ‘oh, go back to where you’ve come from’ – and I’m like what? South Shields? It’s a proper identity crisis for me. I’m a second-generation immigrant – I was born in England, I’m very English – proper fucking English, mate! But I’m also culturally Muslim.”

Last week, we were introduced to and dazzled by Swedish newcomers Wy and Lusid. This week, it’s Pole Siblings who dazzle us and make us wonder why we have yet to move to the Scandinavian country.

Comprised of Finland-born Sofia and Johan Stolpe, the duo unveiled their newest single, “Ghosts”, yesterday, which, in a word, is breathtaking. The dreamgaze that buzzes in the background radiates of Slowdive’s most intimate numbers. The occasional blister of the crystalline guitar heightens the intensity, but it is the duo harmonies of the Stople siblings that have you gasping for air. Their vocals are stunning and enchanting, as they guide us on a story about undying love even in the afterlife. If this is what the next life sounds like, take us there immediately so we can be forever lost in this striking song.

‘Ghosts’ is taken from Pole Siblings debut EP, It Might Grow, which has been produced by Amason’s Petter Winnberg. It arrives June 16th on Strangers Candy. 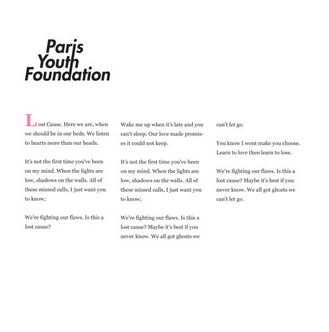 Paris Youth Foundation are snapping at the heels of their musical contemporaries with all the exuberance their name suggests and then some! With a maturity to their songwriting coupled with a refined level of musicianship, their anthemic alt-rock sound can totally take them to breakout potential. Maybe their new single will.

“Lost Cause” is the perfect indie rock tune to hit play if you are currently struggling in a relationship. The track includes blazing guitar and an addicting chorus we can’t help but sing along to even though we know the lyrics are not shiny or happy:

We’re fighting our flaws, is this a lost cause?
Maybe it’s best if you never know
We all got ghosts we can’t let go.

One thing is for sure, Paris Youth Foundation have a knack to tackle serious songwriting and lyrical content in a completely melodic fashion.

Dick Diver, “Tearing the Posters Down” 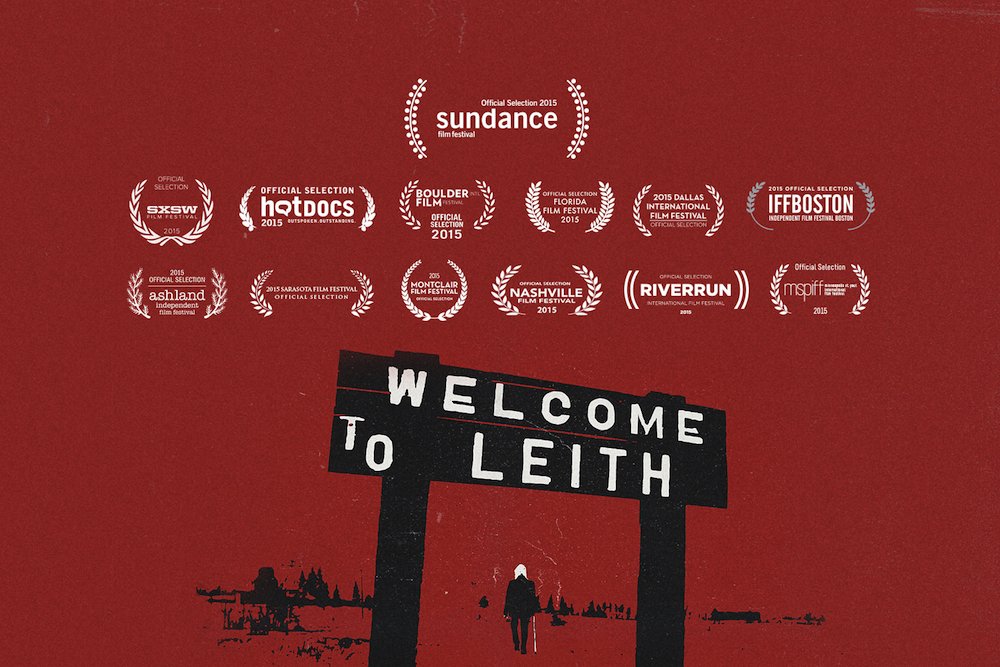 THERE GOES THE NEIGHBOURHOOD: welcome to Leith – a film review