The Matinee April 27th feels like a playlist for a summer road trip, so each song will be associated with a traveling reference. This journey is the one heading home, so the list is in reverse alphabetical order.

Our journey begins on a coastal highway, where the dramatic landscapes take our breath away and the warm sun blasting its rays on us. This weather and scenery calls on us to unlatch the roof of the convertible, roll down the windows to the camper van, and let the wind blow through our hair. This is what freedom from all one’s troubles feels like. But we need an anthem for this moment, and Umm, the new project of wife-husband duo and former Big Harp members Stefanie Drootin (also of The Good Life and former bassist with Bright Eyes and She & Kim) and Chris Senseney, deliver the goods.

“Black Summer” is a groovy, breezy anthem. The fuzzed-out guitars, the cool tinges of the bass, and vibrant keys create the striking soundscape that sounds retro yet modern, as if members The Dig, The Breeders, and Communist Daughter formed a super-group. Drootin and Senseney’s harmonies are stunning, feeling like the sunshine that is beating down on us. This atmosphere is intentional, as the two sing about the fragility of life and relationships yet celebrate the moments we have. What a way to start the road trip with a song that puts us in a jovial mood.

The single is out on Majestic Litter. 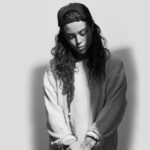 As the shoreline disappears, we enter into rocky territory full of wondrous peaks and valleys. The forest seems endless, and the snow-tipped mountains look like they are from a painting. Our surroundings captivate us, grabbing our attention from the first to the last turn. This is the effect of Tash Sultana‘s new single. Actually, the views do not match the brilliance of the Melbourne-based artist’s song.

“Murder to the Mind” is exactly that – brilliant. It is at first a sultry, sensual number, akin to the great R&B and soul of the early ’80s. It then builds, as the guitar intensifies, the rhythms pulse a little hard, and the horns kick in. This is the gradual ascent up the windy highway. Once we reach the summit of the range’s tallest peak, our mouths are left agape at what we are experiencing.

That moment comes at the 3:29 mark when the cataclysmic guitar solo commences. We are just left in stunned amazement at what has just happened, as the 21-year old has created a song that sounds like the by-product of Macy Gray, Mary J. Blige, Massive Attack, and Gary Clark, Jr. collaboration. No wonder Tash Sultana is one of the fastest-rising artists in the world, selling venues in Australia, New Zealand, and Europe. (To pat ourselves on the back, we did predict her rise a year ago.)

Now the trip down the summit comes. The windy bends, the steep inclines where the gas pedal is not needed, and just the cool breeze blowing through the vehicle. This is the time to exhale and enjoy the views while holding the hand of your partner sitting next to you. Together, you just want to say, “Oh yeah!”, which you’ll also be expressing when playing Tangerines‘ new single, “1945”.

This tune is VINTAGE, almost sounding like the music of the year in the song title. Actually, it’s more like late ’60s rock ‘n roll, specifically The Rolling Stones, with a touch of The Growlers’ and Deer Tick’ quirkiness. The twangy guitar riffs, the hip-shaking rhythms, and frontman Gareth Hoskins’ unique vocals (has a blend of Dylan, Jagger, and Brooks Nielsen) all bleed of an era when rock ‘n roll music was made for long car rides. And as Hoskins and his band mates holler at the end of the song, you will be singing to your partner, “I want to hold your hand!” This is, after all, a road trip.

The single is from Tangerines’ forthcoming, debut album, The Flophouse. It will be released May 12th via RIP Records. Pre-order it here.

It’s time to take a break on our journey and get re-energized. This isn’t solely the time to use the bathroom and get something to eat and drink. It’s also the ideal moment to share stories, tell jokes, and perk up everyone in the vehicle. Leave it to one of New Zealand’s emerging stars and the next Stephen Malkmus to provide the light-hearted moment.

“My Smile Is Extinct” is the whimsical new single from Kane Strang. The song is right out of a coming-of-age movie, as Strang recounts the events of losing his girlfriend to another guy at a party. He’s Napoleon Dynamite, acting like the wallflower as another guy swoops in to steal his girl. But in typical fashion, he cannot get over her because, as he tells she is the “best he’s ever had”. The melodrama then kicks, as Kang sings:

I said kill me know, I want to die.
There’s another chance in the afterlife.
I might not get let in, but at least I won’t be living.

There’s probably some truth to the song, but this is Kane Strang – indie rock’s next great singer-songwriter. You can quote us on that.

This number is from Strang’s forthcoming, sophomore album – and first with Dead Oceans –  Two Hearts and No Brain. It is out June 30th. Pre-order the album here.

It’s time to head off, but the clouds are rolling in and a storm might be coming. It is suddenly darker, and a sense of dread envelopes the vehicle. The windows are rolled up, the top is put back on. All eyes are alert, as we wind our way through the now treacherous landscape and impending storm. Darkness now covers us, and the rains have arrived. We are completely transfixed by the plodding rain drops and bursts of thunder. The song for this moment is Houses of Heaven‘s fascinating new single.

“Almost Hidden” is an absolute stunning track. It is stark, foreboding, and mesmerizing, akin to the claustrophobic nature of Kraftwerk’s krautrock masterpieces. A dark grittiness percolates beneath the surface, giving rise to the expectation something will reach up and grab us. We are left in a trance, as the spatial beats are hypnotic and the vocals haunting. Nothing, however, touches us. All that can be heard is this enrapturing piece of music, our heavy breaths, and the pounding of our hearts. Not many songs have that effect.

“Almost Hidden” is from Houses of Heaven’s forthcoming EP, Remnants, which will be released May 19th via Felte. The band is comprised of Keven Tecon, Nick Ott, and Adam Beck.

RIYL: The Killers, Said the Whale, The Strokes

We have survived the storm, and a sigh of relief is shared by all. The sun is playing peekaboo with us, occasionally breaking through the dense cloud cover. Our spirits, however, have been lifted, and we’re in a celebratory mood. We need something that will allow us to shout and express our jubilation. High Tropics‘ new song is just the cure we have been looking for – or is it?

The project started by Joshua Stewart, the Australian-based band’s new single, “15 Years”, is a boisterous and anthemic pop-rock track akin to The Killers’ memorable numbers. It starts off with a groovy, rhythm, guitar line before the lead guitar kicks in and the bass and drums fire up. The song builds, and it erupts into a  hair-waving, shout-at-the-top-of-your-lungs euphoric ending. But just like The Killers’ “Mr. Brightside” and “When You Were young”, there is more to this song. Stewart tells the tale of a woman who gets engulfed by the sins of the big city. Better heed the message in this song, and keep one’s eyes on the road.

The song is available via Roll Call Records and Golden Robot Records.

There is one way to describe Hazel English‘s guitar-pop – it is sunshine. Even on her most sullen tracks, a brightness and warm emanates from her voice and soothing soundscapes. And as the sun reveals itself once again and the vast prairie landscapes emerge before us, her newest single arrives at the most opportune time.

Despite it’s title, “Love Is Dead” is a dreamy and dazzling number. The shimmering synths, The Cure-esque guitar riffs, and the tickling rhythms envelope you like a cool breeze on a torrid, summer’s day. English’s vocals, however, are what elevate your soul, where you’ll feel like a kite floating within this beautiful array of sound. “Tell me a secret I won’t tell”, English says to us, as if she’s sitting in the passenger seat. And maybe “Love Is Dead”, but on this trip and within this song the road ahead is filled with the promise of a new day.

This song is from Hazel’s upcoming 2 x EP set. It includes her debut, Never Going Home, which was one of our favorite EPs of the year, and Just Give In. The EPs will be released May 12th on Marathon Artists and Polyvinyl Records.

The land has gone flat, and everyone but you is asleep in the car. The sky is clear and darkness sets in, but this isn’t the time to be playing Bon Iver or Father John Misty. We need something that will energize us and keep us alert. A song that brings life to the darkness. Make way for “Savour”, the new single from Groves.

“Savour” is deliciously awesome. The production on the track is masterful, as the driving beats create a club-like, tropical vibe. However, the sparkling guitars and trembling percussion add a dystopian atmosphere, where the darkness hides the actual world around us. The journey has turned into a mystery, as we cannot see beyond the car lights. We don’t, however, feel frightened. We are instead invigorated and invulnerable, thanks to angelic vocals that are guiding us on this part of our journey. With songs like “Savour”, the English quintet should soon join the likes of Maribou State, Zola Blood, and Phoria as one of the country’s great indietronica groups.

The end draws near and all we want is the comfort of a soft pillow and firm bed. We want to take a deep sleep and have our dreams filled with the images of what we have seen. Offering the lullaby to our unconsciousness is Norwegian singer-songwriter Elida Høgalmen and her new single, “Winter Sun”.

This song is glacial-pop perfection. The instrumentation is stunning, rocking us gently like a baby in its crib. There is a slight festival-like vibe to the song, which adds to the delirium. We consequently feel like we are levitating high in the clouds, as the dreamy theatrics circle overhead. Høgalmen’s vocals, meanwhile, are angelic and enchanting. She is the voice we want to hear at the Pearly Gates, quietly calling on us to enter. Even her storytelling is heavenly. “Wake to something new”, she repeatedly whispers in our ear. Our eyes grow heavy with each note and lyric. One journey has ended, but a new one awaits on the other side. Just for a few hours, Høgalmen is our guide and we are the passenger. What a lovely ride this will be.

The song is out now via Brilliance imprint Diamond Club. 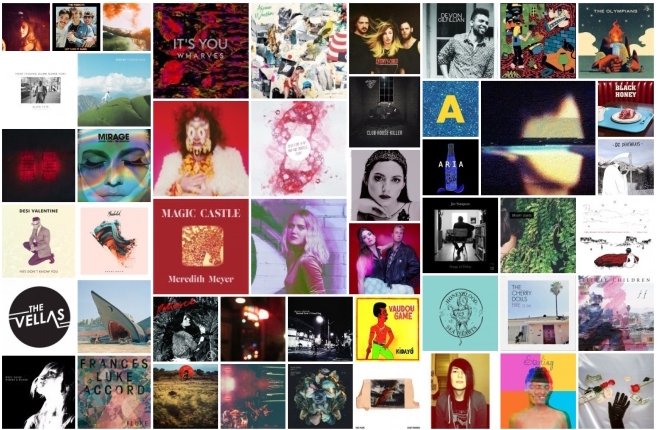 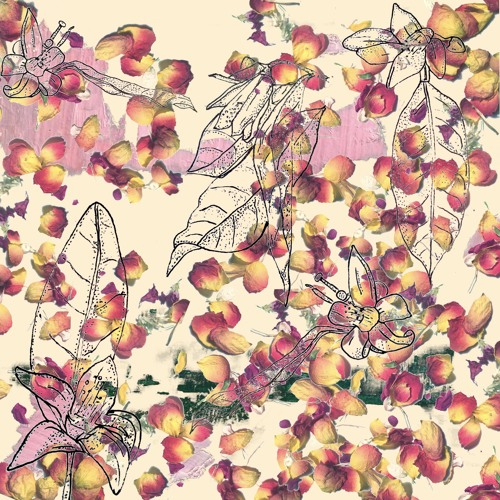 The Gold, the Bad and the Ugly