The Matinee April 28th is like a high school reunion, as each of the nine artists / bands featured today have occupied past playlists and/or have had their albums reviewed. This is a first for us.

Atlanta-based indie rockers Algiers are one of the most important bands to arrive in the past five years. Before protest music became a fad over the past few months, they reinvented it by translating the spirit of the Civil Rights Movement into a powerful, multi-genre debut album. It’s only natural then that they return at this time to share their sophomore album, which will be released in the summer. The lead single is what one would expect from Algiers and then some.

“The Underside of Power” is an incredible, emotional anthem. It is a gritty, soulful rocker that will get the adrenaline flowing and hearts pounding heavily. The song is arguably the band’s edgiest number, which perfectly reflects frontman Franklin James Fisher’s lyrics about institutional abuses and systemic racism. This track will be spun endlessly in the days and weeks to come because it is undeniably one of the best of the year so far. That only has us further excited about hearing the rest of the album.

The video for the song is below in case you cannot hear the audio. Images of Civil Rights leaders are shown throughout along with historical footage from the ‘50s and ‘60s. What it is also interesting about the video is the positioning of the multi-ethnic characters within the bunker and their role they play in the resistance.

Algiers’ new album, The Underside of Power, will be released via Matador Records on June 23rd, 2017. It is available for pre-order here.

Three weeks ago, Vermont-based Black Fly impressed us with the electronic hymn, “I Don’t Know”. Little was known about the project at the time, and we still don’t have much information about the mysterious artist. Eventually, his identity will be revealed, especially if he continues to release sensational music like “Sign 2”.

This song is, in a word, amazing. Seriously, it is one of the most spectacular songs we’ve heard this year. The production work is akin to Moby and Fat Boy Slim – infectious, anthemic, and memorable. Yet an industrial vibe spreads throughout, offering a dark and hypnotic element a la Underworld. All you can do is lose yourself in this song and let go, much like Black Fly has done in separating himself from a person who won’t reciprocate his love. And also how he dances in the video below.

Only two songs into his career, and we’ve already compared him to Bon Iver, Radiohead, Moby, Underworld, and many more. This young man is going to be a huge star.

The single is out now via Samedi Records.

The Japanese House – “Saw You In a Dream” (Buckinghamshire, England)

The Japanese House which is the moniker of Amber Bain is back with new tunes. We figured after playing SXSW this year she would be releasing new material this after the very awesome Swim Against The Tide EP was released last year.

“Saw You In a Dream” is the first release to be taken from her forthcoming EP out June 16th and it’s quite sublime. On “Saw You In a Dream” we hear a bit less experimental electronic elements and more of an emphasis on guitar. The song frames Ms. Bain’s vocals perfectly and even though the lyrics chronicle a broken relationship (or possibly recalling someone who is no longer with us), it’s an upbeat and laid back dreamy pop track we can’t help but listen to multiple times. It’s always a treat to hear new tunes from The Japanese House who continues to push the creative envelope with each new release.

“Saw You In a Dream” is out now via Dirty Hit.

One of the most exciting, new artists to arrive on the indie scene over the past three years is Jordan Mackampa. Originally from the Democratic Republic of the Congo, Mackampa is channeling soul music’s past and present legends into his music. Think the voice of Bill Withers, the heart of Charles Bradley, the youthful vigor of Leon Bridges, and the thoughtfulness of Michael Kiwanuka.

For his new single, he has created an anthem that would apply just as well in the ‘60s as it would the present day. “Battlecry” is a protest song, describing the growing wave of frustration across the globe.

Those are the opening lyrics, and the rest of the song is equally filled with vivid remarks. Mackampa isn’t just another emerging artist – he’s a leader using music as his weapon of choice.

“Battlecry” is from Mackampa’s forthcoming EP, Tales From The Broken, and it will be released on May 15th.

Kidsmoke have a way with making you feel instantly relaxed and in a marvelous mood. “And Mine Alone” achieves the same feel good vibes as their previous release this year titled “Waves”.

The summer will be here before we know it and this is the perfect summer gem to be added to your warm weather playlist. It’s a great upbeat love song that reminds a bit of The Smiths or even The Cure. We hear lush harmonies and perfect guitar riffs framing the perfect breezy and hazy vocals.

We look forward to hearing more as “And Mine Alone” is the second track from their forthcoming EP due next month.

We are super excited to hear the soothing and soulful vocals of Jen Hirsh again now that we have new tunes. Monogem‘s latest release was her 2015 eponymous EP . “100%” is filled with the perfect amount of analog and digital synth as well just the right amount of solo guitar riffs. As usual, Ms. Hirsh mesmerizes us with her range and emotion within her voice.

Lyrically the track is about a relationship where you want to be sure your particular person is honest and knows you 100%. It’s always hard to take that full step into trusting someone fully.

The song is from her forthcoming, sophomore EP, 100%, and it will be released on May 19th.

Anyone who has followed Alejandro Rose-Garcia’s career as Shakey Graves will remember the young man who toured as a one-man band. With his unique, grizzled vocals, makeshift bass drum, and wide-array of guitars, Rose-Garcia won over audiences with his infectious energy, wide grin, and often whimsical stories. Over time, he would tour with a couple of bandmates, usually drummer Chris Boosahda. Now Rose-Garcia is rewinding the clock and heading back to basics with his old/new material.

On June 30th, Shakey Graves And The Horse He Rode In On will release a double EP, Nobody’s Fool and The Donor Blues, via Dualtone Music Group (pre-order the EPs here). The two records contain old material hidden in Rose-Garcia’s vault but will see the light of the day for the first. The lead single from this treasure chest is “Nobody’s Fool”, and it just might be Shakey Graves’ most lo-fi material.

The song is just Rose-Garcia, an acoustic guitar, and the slight hum of the drum in the background. It resonates with the warm intimacy of Woody Guthrie and Gram Parsons, and even the storytelling beckons of yesteryear. In other words, this song is an instant classic.

For nearly two years, Gothenburg-based ShitKid has marched to the beat of her own drum. Literally, she has been creating songs all on her own, often playing all the instruments. This DIY mentally extends to her style, as her version of lo-fi garage-pop is unlike anything on the planet. Take her new single, “Alright”, as an example.

The song has the raw, grittiness of Ty Segall in his early days with a dash of Liz Phair. Her songwriting, meanwhile, has an edginess and a who-gives-two-f*cks attitude a la Karen O and Mac DeMarco. Yet there is something incredibly catchy and engrossing about the song. Maybe it’s the bedroom vibe of the song. It could be the infectious, reverb-drenched guitar riffs. Possibly it’s her tongue-in-cheek lyrics. Or in all likelihood, it’s all of the above. While she won’t win mainstream radio air time with her style, there’s no question she’ll have a massive cult following, and we’ll be among them.

This single is from ShitKid’s debut album, Fish, which is due June 2nd via PNKSLM Recordings.

Trevor Sensor is undeniably one of the great, young singer-songwriters among us. Still just 23-years old, he writes and creates music that is akin to the brilliance of giants like Bob Dylan and Van Morrison. Couple his artistic skills with his unique, grainy voice, and you have a musician who will one day be headlining festivals like Newport Folk Festival and Pickathon.

His new single, “High Beams”, demonstrates the Illinois native’s immense talents. The twangy guitar lines, the soaring pedal steel, the smooth keys, and the trembling percussion are straight out of ‘70s-era folk-rock. Lyrically, Sensor wonderfully describes the “American dream” of becoming rich and famous, and how such a belief can consume us no matter how long the odds are. In his own way, Sensor has crafted a protest song, but his target is the same as Andy Warhol’s – people’s obsession with pop culture and the worshiping of celebrities. 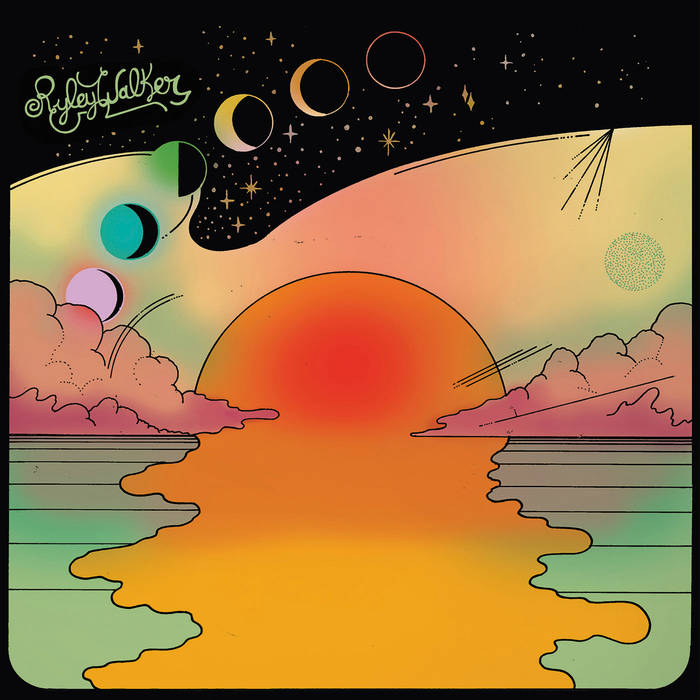 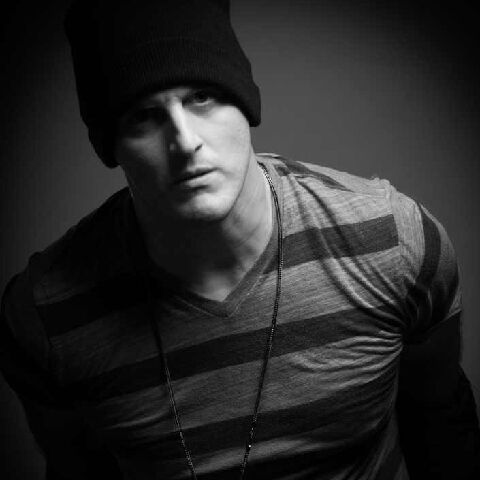 Mundo: They’re Not From There?