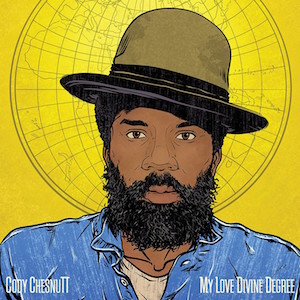 Only a feast will be found on The Saturday Sampler May 6th edition, and today we offer songs that span a number of genres in addition to countries. Want some blues-rock? We have that? Desiring some ’90s alternative rock? Check! What about some sunshine pop, funk-infused R&B, radiant electro-pop, or old-fashion garage-rock? Check, check, check, and check! 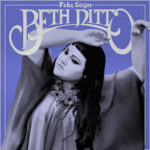 Put some blues/rock fierceness in your weekend with this scorching new single from former Gossip frontwoman Beth Ditto. “Oo La La” is the second single from her upcoming LP, Fake Sugar, and it’s just as ferocious as the “Fire” lead single she released last month. While Fake Sugar is her debut full-length, it’s not her first solo outing; she delivered a self-titled EP back in 2011 when her blues/punk band Gossip was still together.

Since announcing last year that Gossip had officially ended (their last album was A Joyful Noise in 2012), the charismatic singer has kept busy. Between writing a column for The Guardian, launching her own fashion line and promoting her line of MAC cosmetics, she also married her longtime girlfriend and wrote a memoir. So how she’s had time to write and release a full-length album is a mystery but not a surprise. Ditto is a force of nature, and “Oo La La” showcases her vocal prowess as well as her irrepressible sass. It’s got a fiery, danceable vibe that channels Blondie and even hints of Amy Winehouse. When she sings, “I’m a firecracker,” you can’t help but nod in agreement. 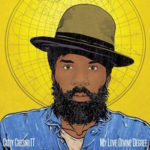 Most music fans know Cody ChestnuTT from his soulful crooning in The Roots’ 2009 song “The Seed (2.0).” His caramel-smooth vocals earned him countless new fans then; his newest single will do the same. “Image of Love” is brimming with tight, funky, R&B-inspired riffs, but it’s the song’s positive message that makes this song an instant classic.

You can detect a subtle political slant if read between the lines of these lyrics: “The image of love, is so much greater than the image of a fool.” This is just one way ChestnuTT expresses optimism during troubling times. He’s one of the most uplifting singers around – of any genre – and this song is one more in his arsenal of musical weapons against strife and hatred. He says his new album, My Love Divine Degree, is inspired by “a story of a Man and Woman that exercised their ability to rise to the higher calling of winning the heart to better things.”

We don’t mind that it’s been five years since his last album (Landing on a Hundred) since more incredible tunes like this are due next month.

My Love Divine Degree arrives June 2 via One Little Indian Records. You can pre-order it from the label and the artist’s Pledge Music page.

Nearly three years ago, we were introduced to the startling beautiful world of Fifi Rong. One could say that the Beijing-born, London-based artist’s music opened the floodgates to us covering more ambient, garage, trip-hop, and electronic music – but songs that bordered on the cinematic, theatrical, and mind-altering rather than the buzzsaw EDM tracks.

In the three years since we first covered her, she has gone on to become one of England’s most respected and highly-regarded producers and artists. She has collaborated with Skepta and this year was invited to perform at SXSW (read her memories of her time in Austin here). Now she’s about to embark on another stage of her music career with the release of her new single, “The Same Road.”

Whereas her first singles were more appropriate for a Cirque du Soleil show with their cosmic and fantasy soundscapes, “The Same Road” is made for long drives on deserted roads and small, intimate nightclubs. In other words, the song is a ravishing electro-pop number that will have your mind and body spinning uncontrollably, but every second of the ride is intoxicating. It has the same enrapturing, dark qualities of Frankie Rose’s music mixed with the sensual euphoria of Kristin Kontrol and Avante Black. If this is the new Rong, then we have witnessed a butterfly beautifully emerge from its cocoon and take flight. 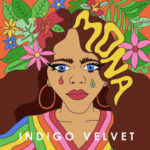 When you think of “tropical pop” in the vein of Vampire Weekend or Bombay Bicycle Club, Edinburgh isn’t the first city that comes to mind. After all, Scotland isn’t exactly synonymous with warm, sunny weather. But that doesn’t matter much to emerging indie band Indigo Velvet. Their sun-kissed “Mona” single will instantly transport you to a sandy, tropical paradise. It will revive your spirits, make you want to dance, and have you craving drinks adorned with little paper umbrellas. Since it’s the weekend, why not indulge by keeping this gem of a tune on repeat?

The band has been around since 2013, but they have flown under the radar in the U.S. so far. We suspect this will change thanks to the infectious charm of “Mona.” Between the soaring instrumentation, effusive bass line, and driving percussion, this is a smash hit. But add in the powerful vocals of frontman Darren Barclay, “Mona” becomes a fun, summery song you won’t be able to get out of your head anytime soon. These guys aren’t trying to emulate any other bands; their sound is fresh, original, and utterly intoxicating in its own right. Hopefully we’ll see Indigo Velvet added to summer festival lineups very soon, as they’re definitely a band on the verge of a massive breakthrough.

We don’t have full album details, but the single is out now via IV Records on iTunes. 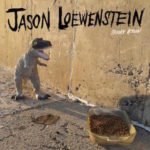 Sebadoh bassist Jason Lowenstein is one of the hardest working artists in indie music. But despite being in several indie/alternative bands (Sebadoh, Fiery Furnaces, Sparklepsy) since 1989, he’s still “that guy in that band” to many who neither realize nor appreciate his contributions to the genre. If there is any justice in the world, this song and his forthcoming Spooky Action album will change that. “Superstitious” marks the long-awaited return of a criminally overlooked indie veteran.

For far too long, his Sebadoh bandmate Lou Barlow has received the lion’s share of attention. We love Lou, but it’s about time Jake got some much-deserved spotlight action. Fans have been waiting patiently for new solo material since his 2002 debut, At Sixes and Sevens. Now it seems the wait has been worthwhile.

“Superstitious” is the meaty antidote to the sugary filler of commercial schlock. From the moment you hear the first growling notes, you sigh in appreciation. The song’s grungy, ’90s-era garage-rock authenticity reminds us that rock isn’t dead; it’s just needed resuscitation. With “Superstitious,” Loewenstein is holding the defibrillator. This song – one he calls “a rock and roll meditation on the depths of bargaining we do with ourselves to keep our sanity in an insane universe…with loud guitars and drums!!!” – is a shot in the arm. If you’ve been saying, “Gimme indie rock,” then “Superstitious” is exactly what you need.

We’re a little late to the Luunes party, but better late than never, right? Two months ago, Anna Milat and Sam Litchfield released a single that was spun thousands of times and caught the attention of Triple J. That song is “Torrents.”

“Torrents” is simply spectacular. It combines the sensuality of Icelandic artist JFDR, the intense patience of The xx, and the glacial cinema of Samaris. As such, every beat, every note, and every word spoken by Milat sends shivers down your spine. This is truly one of those songs that can be categorized as an “OMG” moment. And to think, this is just their second released song.

Their first single, “Glass”, is quite incredible as well, and one could rightfully argue it is even more stunning that “Torrents.” The potential of this band is limitless.

Three songs into their young career – well technically four if you count 2015’s demo “Fyld Mig Med” – the Danish duo mono mono have permanently lured us in with their dark, glacial, electronic-pop. Call it trip-pop if you would like because every song is a trance. Their new single, “Rumors”, is no different.

Like their previous songs, “Rumors” is haunting yet sensual, spatial yet immersive. The song is a deep dive into one’s psyche. Jakob Franck’s production work provides the gripping cinema as we travel through the rabbit hole while Karoline Elsig’s seductive vocals, which have an air of Aldous Harding, act as our subconscious. To where this tunnel ends is unclear, but the journey is a spectacular one that we wish would continue for days.

If you’ll be in Aarhus this weekend, catch mono mono at SPOT Festival. They’ll turn every venue and stage into an intimate and sultry occasion.

If WAAX were American or English, they likely would be global superstars. Instead, the five-piece out of Brisbane are one of Australia’s most electrifying bands and a Triple J favorite. Despite their popularity within the indie scene, they curiously remain unsigned. Maybe things start to change for this talented group, beginning with their new single “Wild & Weak”.

This song echoes the alt-rock of the ’90s – fiery yet melodic, anthemic yet thoughtful. The guitar work is blistering while the rhythm section offer the throbbing ache one wants with a good alternative tune. Frontwoman Marie DeVita’s vocals, meanwhile, pierce through the air with the same alluring power of Avril Lavigne. And like the Canadian artist, DeVita has written a song for the underdog, where the little person will never surrender but instead will fight to live another day. 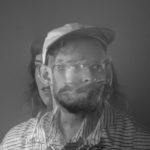 Wilder Maker have come a long way since their low-key 2011 debut, God Bless the Hunger. While they haven’t strayed far from their roots, they’re even more confident in their talents, and they still make songs that make you feel grateful to be alive. For instance, their 2015 song “Fools”, which was the last time we heard from them, was tinged with melancholy and nostalgia, delighting us with its unexpected warmth and intimacy. Their newest number, “New Streets,” finds the five-piece going a little further and achieving even grander heights.

The song may seem mellow at first, but it’s not sedate. It slowly builds to a dazzling little number, and it is pushed over the top thanks to Katie Von Schleicher’s honeyed vocals, which give this song added charm. (By the way, she has a solo album coming out later this summer, so Wilder Maker fans have even more reason to celebrate!) After one listen, you’ll find yourself strutting around with a DGAF attitude that matches the swagger of this song’s breezy hooks.

This is Wilder Maker’s first release since 2015’s EP trilogy, Everyday Crimes Against Objects of Desire. It’s the second installment of Saddle Creek’s Document series that shares great music from artists who aren’t already part of the label.

The digital version of “New Streets” was released yesterday via Saddle Creek Records with pre-orders of physical copies due June 2nd. You can also grab it from Bandcamp. Check their website for tour updates. 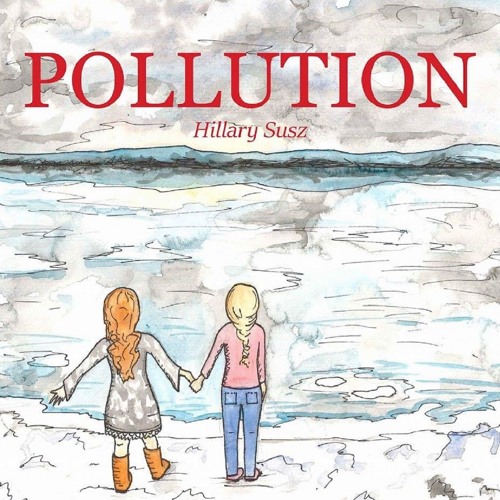 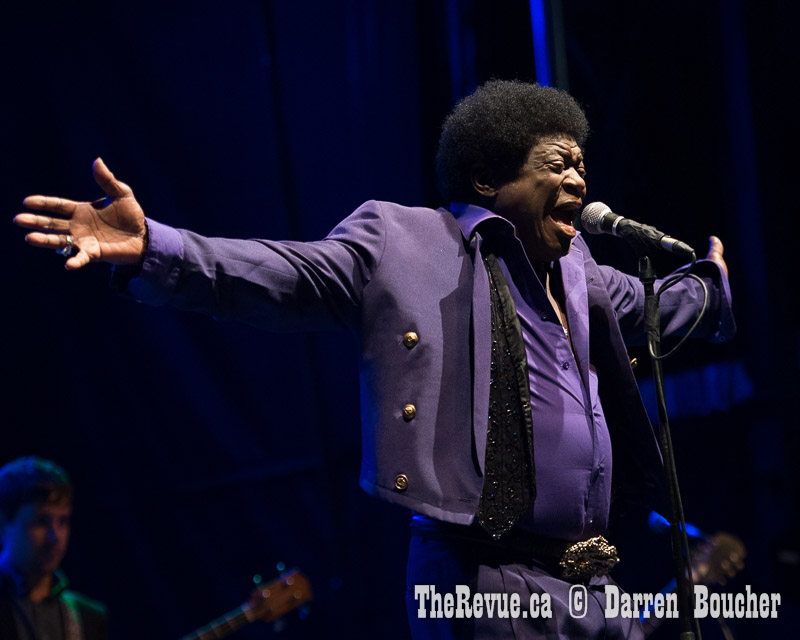 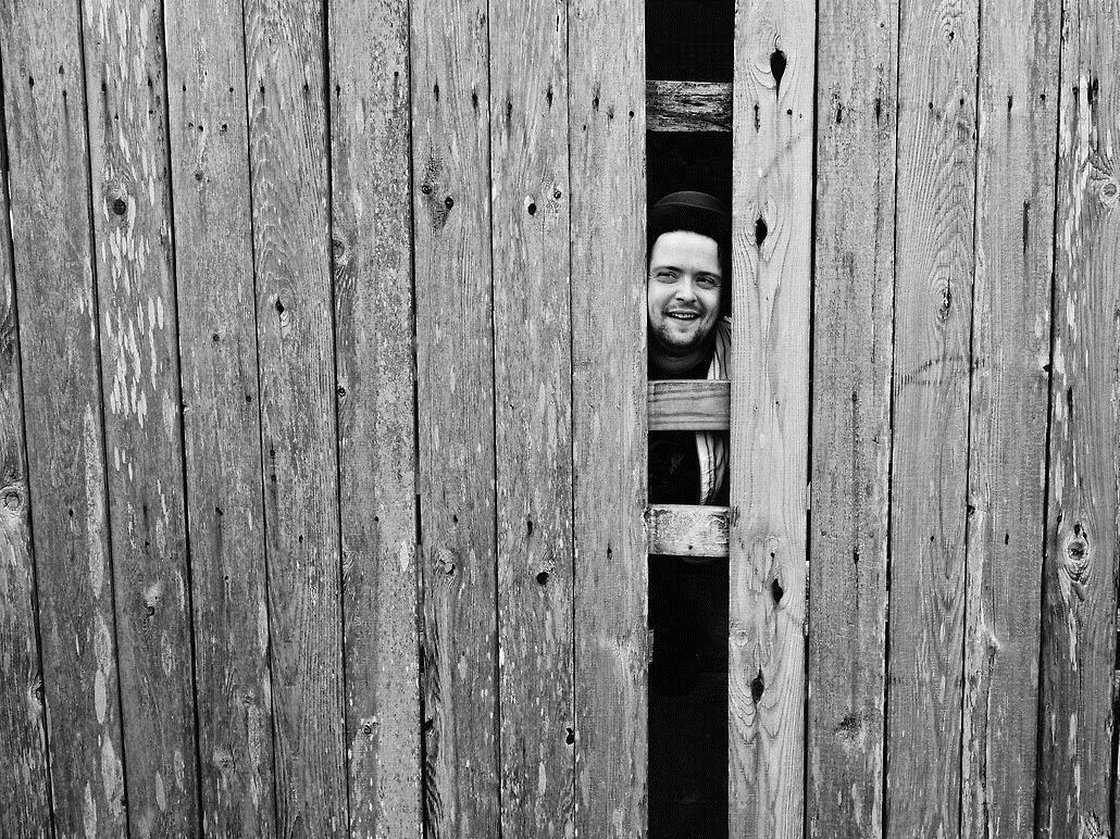