The Matinee May 9th edition explores eight countries for new music with wide-ranging genres. You won’t find two songs that sound alike here. Prepare to be amazed by these 9 talented bands and artists who hail from Australia, Austria, Canada, Denmark, New Zealand, Sweden, and the USA.

RIYL: Phox, The Head and the Heart, Shovels & Rope

Vienna is famous for a lot of things. Its spectacular Opera House and Naschmarkt are world class. The Hotel Sacher Wien is a foodies’ destination, as it is where the Sacher-Torte originated. The Belvedere Museum houses the most impressive collection of Gustav Klimt paintings. Soon, Vienna will be known as the home of Attic Giant, a brand new band who last week unveiled their debut single.

“Blow” is not the type of music you would expect to emanate from the Austrian capital. It’s not a soaring electronic number nor a catchy pop tune. Instead, the song could come right out of USA’s Pacific Northwest or the deep south. “Blow” commences with a theatrical flair, as if the band is acknowledging their hometown. It then turns into a warm, genteel Americana tune. The instrumentation, particularly the strings, is fantastic, but it is the dual male-female harmonies that steal the show. Delivered with a bedroom intimacy, the vocalists lure us to their bedside as they discuss their present and future. Not many debut singles steal your breath and make you believe you are in someone else’s home, but Attic Giant have done the unthinkable with this magnificent song. What an introduction!

The song is available on Bandcamp. 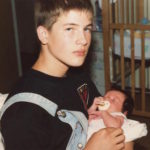 In May of last year, Brooklyn’s Big Thief wowed us with their stunning debut album, Masterpiece. Their follow-up album, Capacity, will pack an equally devastating emotional punch if “Shark Smile” is any indication. This heartbreaking tale of a tragic car wreck is the kind of song that Adrianne Lenker excels at writing: it’s visceral and haunting yet wrapped up in an upbeat Americana package.

The warm guitar strums of the opening have a road trip feel, as though you’re riding shotgun beside Lenker as she tells the story of Evelyn. And while this tale doesn’t have a happy ending, you find yourself drawn into the story, unable to avert your focus from what lies ahead. The third verse lyrics reveal the horror in a dream-like remembrance:

Unintentionally or not, there is definitely an East Coast bias when it comes indie rock. Male or female, the most prominent names reside in places like Brooklyn, Boston, Philadelphia, and Asheville. The West Coast, with the exception of Seattle and Portland, tends to get neglected. Maybe this all changes with the arrival of blushh, the project of Shab Ferdowsi.

The young Los Angeles native’s newest single, “I Don’t Wanna Leave”, is, well, right out of the East Coast. It’s a little gnarly and a little edgy. The music, however, masks the endearing message in the song, as Ferdowsi is speaking to someone dear who is struggling to overcome a critical hurdle in her life. Her lyrics are honest, open, and heartfelt. She sings in the final refrain:

If you ask us, Ferdowsi sounds an awful like a young Katie Crutchfield – a.k.a. Waxahatchee. And maybe she, too, will open new doors for aspiring indie-rock singer-songwriters living near the Pacific Ocean.

You can get this song on Bandcamp.

CREO – “Give Me Yours” (Sydney, Australia)

There is one trend that has emerged in Australia that hasn’t be replicated anywhere else: boisterous indie pop that feels like a choir has exploded. It would be incorrect to call it choral pop or chamber pop since these genres incorporate classical music elements. Instead, these songs are euphoric right from the start but then reach indescribable levels when the climax is reached. Gangs of Youth perfected this art form, but Sydney quartet CREO are the new masters.

Take one listen to their new single, “Give Me Yours”, and you’ll immediately understand what is meant. The track is stupendous, from the probing rhythms, the searing synths, and the booming vocals. Everything about “Give Me Yours” is uplifting and deliriously infectious. The euphoria that the song reaches is akin to seeing loved ones for the time after being away for weeks or coming home to a most welcome surprise. You just want to dance uncontrollably and scream at the top of your lungs to let the world know how you feel. Not many songs can deliver such raw emotions, yet here we are talking about one band who have done the unexpected.

Heat up the popcorn, grab a beverage, and settle into your favorite chair because you are about to encounter a song that defines experience. This is not hyperbole. Truly, Emerson Long‘s newest single is out of this world.

“Regret Regret” is an incredibly stunning song. Whereas many young producers try to keep people cemented to the dance floor, Long is taking our minds on a journey through the Milky Way, traversing through distant planets and asteroid belts seen only in our imaginations. This impression isn’t one based on hearing the entire song, but immediately you are struck by its sheer beauty. This is what M83 used to do to us once upon a time – steal our thoughts and allow us to escape to the unforeseen, even if it is momentarily. We have found a worthy successor in Emerson Long.

As way of background, the Melbourne-based Long has developed a reputation within Australia for his transcendent remixes. With “Regret Regret”, though, he unveils the original artist in him. Hopefully, he’ll continue down this path because his sound is refreshing and enlightening.

i.e. crazy – “An Incident on the Edge of Town” (Auckland, New Zealand)

Whether with her former group Dear Time’s Waste or under her solo project i.e. crazy, Maggie Magee (who once was known as Clare Duncan) is one of New Zealand’s most creative artists. She is the definition of an “out-of-the-box” thinker, who, similar to Anohni and Björk, puts performance art into music. Her newest single personifies her unique approach.

“An Incident on the Edge of Town” is a fantastic albeit quirky number. The oft-kilter, alt-pop approach is akin to Anohni’s dazzling approach, where the edges are harsh and aggressive but a soft, gentle nature exists within its core. Magee’s voice has a flair for the dramatic à la Björk, telling the story of a woman who has become the victim of a violent person with a razor-sharp edge. The song is theatrical, even carnival-like, and it may even take a few spins to appreciate what Magee has crafted. There is, however, no question that this song is different and, in its own unique way, a startlingly brilliant piece.

The single is out now via MUZAI Records, which is based in Leeds, England but dedicated to showcasing music from New Zealand artists. Yes, it’s a little unusual for a label to feature music from artists halfway around the world; however, Kiwis like to be different.

New Swears have developed a reputation as being one of the great live bands not only within the Canada’s capital but across the country. We like to think of them as a cheerleader squad, as they have various poses and formations – including a pyramid – they show off in concert. Despite the on-stage antics, this veteran band are extremely talented, and they are finally getting the recognition they deserved.

Signed to awesome label Dine Alone Records, the quartet are readying their newest album. To give us a taste of what to expected, they released “777” late last week. This old-school, southern-folk rocker feels like summertime at the cottage, where you are hanging around with some friends, opening some cold ones, and watching the sun set over the lake. Images of The Band may percolate in your head as you spin this number because like the legendary group New Swears have delivered a groovy, feel-good tune. Mmmm….mmmm….mmmm…. this song is so good. Can’t wait to see what antics they’ll have for this one (although it likely will just be them singing in the middle of the audience as if they were sitting around a bonfire).

What started off as an experiment has turned into one of music’s most innovative and spectacular spectacles. We are referring to SLEEP PARTY PEOPLE, the project that was born when Brian Batz started tinkering with an old piano. And now the multi-instrumentalist is creating music that defies definition. He’s compared to Radiohead, Boards of Canada, and some of the most influential bands within indie and electronica. There’s just one catch: Batz creates all his music alone. There’s no Jonny Greenwood to his Thom Yorke. It’s just him and his many, many instruments. Understanding this allows one to appreciate his music even more yet causes one to ask, “How is this possible?” His new single will prompt these very questions and feelings because “Fainting Spell” is absolutely spectacular.

In just 3 minutes and 35 seconds, Batz takes us on a multi-dimensional ride, criss-crossing through electronica, deep house, indie rock, electro-rock, chamber-pop, and experimental indie. The deep bass line that cuts across the song is hypnotic. It is the red pill that takes us into Batz’s Wonderland. His voice is our guide, telling us that not everything is what it seems. Even the music is surreal, whether it is the humming of synths and keys or the startling echo of the delayed guitar. Something this remarkable shouldn’t be possible, but then again Batz is no ordinary individual. He’s a pioneer whose intention is to free our minds. 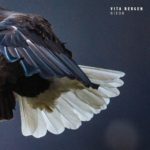 It has been a while since we’ve heard from Vita Bergen, the dynamic Swedish collective who have put their own spin on indie pop-rock. A year ago, they gave us a shot of adrenaline with their single, “Replace”, which was from their cool album, Disconnection. But in case people forgot who they were or missed out on the LP, they’re about to release another album that could be even more spectacular.

The newest single from the record is “Nixon”, a heart-racing number that redefines euphoric. It mixes the ’80s rock that The War on Drugs have reinvented with the soaring synth-pop of Future Islands. The combination shouldn’t work, yet in the hands of Vita Bergen the outcome is exhilarating. William Hellström’s vocals soar atop the contagious melody that buzzes with a fantastic bass line and vibrant synths. This song is made for road trips, workout playlists, or just blasting at work to pick up everyone’s mood. Trust us, spin this song once and you’ll be smiling for the rest of the day. 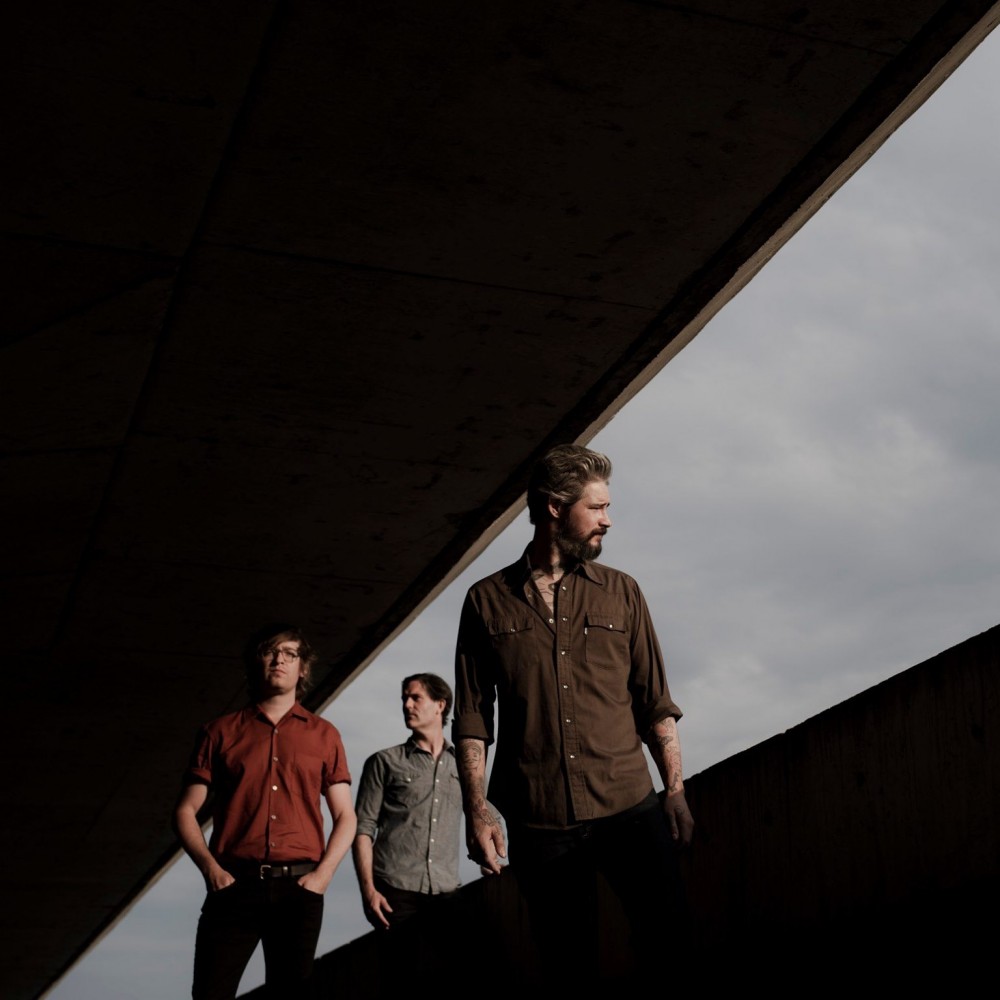