The Matinee May 18th is full of surprises, featuring songs by some really popular indie bands and emerging artists you ought to know. We hope this collection of new tunes won’t disappoint.

The opening strains of Alexa Dark‘s new single, “Blur,” may remind you of Radiohead’s “Karma Police.” The gentle guitar strums set an initial somber tone for this confessional tale. But instead of taking the Radiohead approach of turning a few chords into a grand-scale epic, Dark keeps this song intimate. This song makes the listener feel like an intrusive eavesdropper who’s catching a private conversation. You can easily picture the scene where two people who have shared a dalliance (or at least an intense flirtation) discuss damage control tactics:

tell her she misheard / tell her it was all a blur”

With her cool, composed delivery, Dark adds plenty of sultry sizzle to this tune. It’s one you won’t be able to stop playing. The understated instrumentation lets her vocals shine, and before the song ends you realize you’ve become intoxicated by its charms. Now we understand why the protagonist was putting the moves on Alexa Dark: she’s a beguiling siren whose voice will haunt your dreams.

Dark’s debut EP, Empty Drinks/Empty Hearts, is due out August, but you can grab this single now from her Bandcamp page.

RIYL: a stripped down Beach House

Baltimore indie dream pop duo Beach House are prolific, to say the least. Since forming in 2004, their output has been steady, including two separate full-length albums in 2015: Depression Cherry and Thank Your Lucky Stars. So their release yesterday of a new single gave fans hope that an LP of new material was coming. Yes, and no. “Chariot” is from a new album that’s due next month, but this song isn’t new. In fact, all of the tracks on their forthcoming release are older songs that simply never made it to their previous albums. Still, the lushness of “Chariot” has us anticipating what other gems await us when B-Sides and Rarities arrives June 30th from Sub Pop Records (US) and Bella Union (EU).

As the band explains:

“The idea for a B-sides record came when we realized just how many non-album songs had been made over the years, and how hard it was to find and hear many of them. This compilation contains every song we have ever made that does not exist on one of our records. There are 14 songs in total.”

Victoria Legrand’s languid vocals on “Chariot” wash over you with a blissful serenity. Alex Scally keeps the instrumentation to a moody minimum in a way that only heightens the listening pleasure. How this unreleased track never made it onto the Depression Cherry album is a mystery. It is devastatingly stunning, and fans who see them perform it live are in for a treat.

The band’s website lists their upcoming US and European tour dates.

CHEEKBONES/chkbns – “I Beg You To Hear Me” (Saint Petersburg, Russia)

Russia is often overlooked within the indie scene with the exception of Pussy RIOT, who turned heads with their politically-charged post-punk music. Maybe we should be paying more attention to the planet’s largest country because its music industry is blossoming, particularly its electronic scene. One of the bands watch are CHEEKBONES/chkbns, a trio from St. Petersburg who sound more like they are from Iceland.

Their new single, “I Beg You to Hear Me”, is a dark, haunting track that will send shivers down your spine. The glacial pace is tantalizing while the vovals are hypnotising. Yet there is a cinematic element, where you feel like you are standing next to the protagonist and hearing her silently scream to be heard.

Are you sitting down? You should be when you spin this amazing new single from London-based indie rockers The Franklys. This fierce foursome channel the sass of Blondie and Sleater-Kinney while unleashing a storm of old-school punk riffs on “Weasel.” The sheer force of their musicianship will make your head spin. From the powerhouse vocals of Jennifer Ahlkvist to the pummeling percussion of Lexi Clark, the band wastes no time getting down to business.

“Weasel” launches with tight riffs that signal the start of a wild adventure. Remember the first time you rode a terrifying amusement park ride as a child? The sheer terror that exhilarated you also made you want to repeat the experience immediately after the ride ended. That’s how you’ll feel listening to “Weasel” thanks to its in-your-face intensity. It’ll blow your hair back and send adrenaline coursing through your veins. Then you hit play again and again for another jolt of their sonic magic.

The Franklys’ debut album, Are You Listening?, is available now on iTunes via Hälta Hälta Records.

It was only two weeks ago when indie icons and innovators Grizzly Bear shared their first song in 5 years with the stupendous, “Three Rings”. The song was a reminder that the four-piece still are among the best in the industry. To further validate their place among the elite, their latest single is equally spectacular.

“Mourning Song” is reminiscent of Grizzly Bear in their early days and showcases their pioneering ways. Without featuring any particular instrument nor having a true climatic point, the song is still a dazzling, anthemic number. Every element – the synth, keys, percussion, bass, and guitar – all complement one another expertly while frontman Ed Droste’s vocals continue to be unexpectedly warm and intimate. His songwriting remains among the best in the business (and extremely underrated industry-wide), as he takes us inside the mind of a person who feels trapped by his surroundings and is burning on the inside. A mid-life crisis never sounded so wonderful.

Click on the audio above to hear the song in its entirety, but it requires a SoundCloud Go account. Alternatively, spin the YouTube video, which can be found here.

This is the second single from Grizzly Bear’s forthcoming, new album, Painted Ruins. It will be out on August 18th via RCA Records.

“The Children” may be less than 3 minutes long, but newcomer HÅN‘s debut single feels like a majestic epic. Radiating with the chilling darkness of Daughter with the lyrical prowess of Lorde and Sharon Van Etten, the young Italian has crafted a song that is absolute magic. The soundscape is beautifully daunting and brooding, where every beat and percussion suspends you. Her vocals are soft and rich, and her songwriting is mature and imaginative. She’s not merely telling her story, but the imprisonment that many youth feel in today’s shallow world. We don’t often say this, but HÅN will be a massive star.

“The Children” will be released officially on Friday from Factory Flaws, but you can stream it now via SoundCloud.

For a decade, New York City’s Rubblebucket have excited listeners with their fun, danceable music, which was one-part marching band and another part euphoric indie pop. At the front of the outfit is Kalmia Traver, the multi-talented artist who is band’s lead singer and who also plays the tenor and baritone saxophones and the flute. She is know taking a break from Rubblebucket in order to pursue a solo career as Kalbells, and her new single is a huge surprise.

On “Why?!steria”, Traver has set aside her classical instruments for an analogue synthesizer, violin, a drum machine, and a computer. The combination should result in something really bizarre. And, well, the tune is different, but in the masterful hands of Traver it is intimate, quaint, and stunning. The violin work is terrific, percolating above the arrangements like fireworks in the night time sky. The synth, though, don’t dominate the track, but instead serve as the palette for the rest of the song. Traver’s vocals are soft and light, like a feather floating in the wind. Her story is amusing yet poignant, as if she’s taking a backhanded slap at how America has become a land of suburbia. If this is the direction Traver will take her new project, we will be in for a massive treat.

As we celebrate another new song by Grizzly Bear and their forthcoming new album, we take this opportunity to express our excitement about a band who could very well be the heir to the Brooklyn indie giants. London newcomers Leyendekker are a name to remember. Not just a name to put in the back of a notebook or in your phone, but a name to write down in capital letters and plastered everywhere. The quartet has serious talent, as evidenced by their debut single, “Thankless”.

The opening notes are Radiohead-esque, specifically the recent phase that includes In Rainbows and The King of Limbs. But as the song progresses, it gets a little grittier, a bit funkier, and a more seductive. Every beat, guitar riff, and lyric draws you further and further into Leyendekker’s world. Exactly how many bands can you have that type of power? Heck, how many have been able to achieve such brilliance on their first song? Indeed, “Thankless” is an absolutely incredible song and one of our favorites of the year.

Only two songs into their career, siblings Sofia and Johan Stolpe – who are simply known as Pole Siblings – have us already anointing them our go-to, pick-me-up band. Their first song, “Ghosts”, captivated us with their Slowdive-esque, intimate shoegaze. Their new single, meanwhile, continues to take us down the dreamgaze stream, but with a slightly different effect.

“Nog Va He Bra” is a gorgeous, gorgeous song. The dual harmonies are transfixing while the arrangements are breathtaking. While we have no idea what the Stolpes are singing (we think it’s about family, the song has left permanent smiles on our faces. It is that beautiful.

“Nog Va He Bra” is taken from Pole Siblings’ debut EP, It Might Grow, which has been produced by Amason’s Petter Winnberg. It arrives June 16th via Strangers Candy. 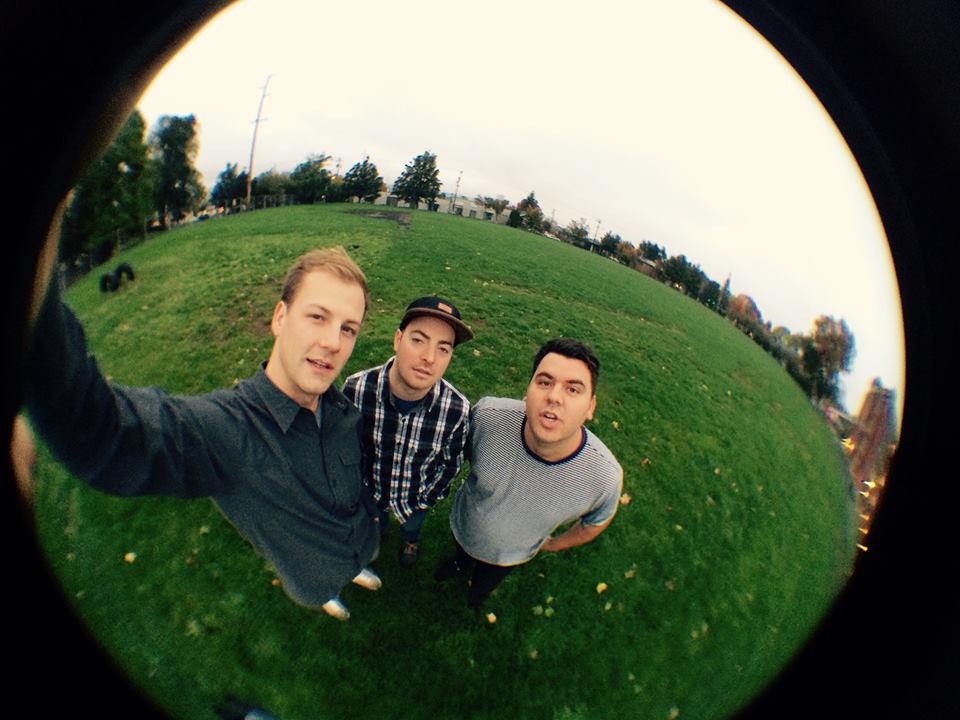