The six new music cocktails on today’s Melodic Tonic are a tasty mix of indie tunes from the UK, US, Sweden, Canada, and France. From upbeat Americana to ambient experimental with hints of jazz, these tunes provide the fuel you need to help you through your mid-week slump.

Fans of Americana rock (especially My Morning Jacket and Delta Spirit), be warned: you will have a hard time keeping your mouths closed when you hear The Nickajack Men. Keep the beverages at arm’s length lest the liquids end up on your shirt when your jaw drops. Because it will. You’ve been warned. This emerging band makes such deliciously authentic Americana rock you’ll swear they’re from Tennessee or Kentucky – but no, The Nickajack Men hail from Scotland. “Running,” the lead single from their Wasting Away EP, channels the energy of Delta Spirit and Dawes while capturing the sonic density of My Morning Jacket and The War on Drugs. This is one seriously impressive debut!

The Nickajack Men lay a foundation of warm, rich tones from the first note. The vocals from Lewis White and Michael Garner at times echo both Matthew Houck (Phosphorescent) and Jim James – this alone is enough to draw you in and keep you hooked. But at the bridge is when the fireworks really erupt. The final minute is a no-holds-barred explosion of pure, fuzzed-out rock sure to set your hair on fire. Get to know these guys now; it’s clear they’re on a path to stardom with the talent displayed on this tune. Their debut EP may only be four songs, but it’ll be the best 21 minutes of your day.

Wasting Away is out now on iTunes. Their album release show is June 24 in Glasgow.

RIYL: The Smiths, Verlaines, Wild Nothing 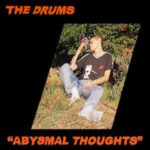 Jonny Pierce knows all too well that a diamond requires friction to become a gleaming gem. After enduring a season of personal difficulty, The Drums founder has emerged with a new album of cathartic songs, including the lead single, “Mirror.” It’s from his upcoming fourth album, Abysmal Thoughts. However, this LP is his first as a solo artist under The Drums moniker, having written and recorded the entire album on his own following the departure last year of longtime member Jacob Graham.

Although the album has a bleak title, the music shimmers with the bright glow of a hundred-carat stone. That’s not to say it doesn’t have a darker side (this is The Drums, after all), but beneath its brilliant and brooding pop veneer lies unmistakable resilience. Pierce proves that even the most battle weary among us can carry on, scars and all. Instead of running from dark thoughts, he chooses to stare them down. He explains with sentiments that are all too relatable for many of us:

“Happiness can be confusing to me. It shows up out of nowhere, and before you can even get used to it, it’s vanished. But abysmal thoughts? I can rely on them – and with the political chaos that is raining down, who knows when these dark feelings will subside?”

Anti Records will release Abysmal Thoughts this Friday with pre-orders via the label, Bandcamp, and iTunes. You can also get the single now on Bandcamp. The Drums’ upcoming North American tour kicks off July 17 in Seattle with European dates beginning September 10 in Prague. 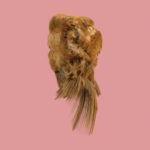 When most Scandinavian bands record an album, they head to a studio in their own city. But Swedish indie electropop duo Holy Family isn’t like most bands. For starters, the album writing began in Canada while the actual recording happened in the USA. While that may sound confusing, there is a method to the madness, thanks to another indie band: of Montreal. Holy Family had toured with the Georgia-based indie titans led by Kevin Barnes, and one thing led to another. This collaboration gives their upcoming LP, Values, a warmer sound that is especially evident on “There Completely.” It’s still Swedish at heart, only with a hint of southern energy.

This song’s vibrant hooks will have you grabbing your sunnies, your dancing shoes, and your car keys. The first line (“Gotta get you out of town”) ushers in this soundtrack to an epic road trip adventure. Funky percussive elements add an extra dash of fun to the already infectious, ’80s-esque retro synth grooves. Anton Ekman and Viktor Hansson may be a duo now, but the lineup change has yielded an even tighter, more concentrated sound. At just over four minutes in length, we could only love this song more if it were longer.

Values is due from Royal Mountain Records (CAN) and Melodic Records (UK) on August 25. You can pre-order it here or from iTunes. 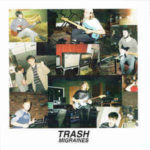 With a name like TRASH, you might expect music that veers further into the punk realm. You’d be wrong, of course, because this British four-piece are purveyors of insanely catchy indie pop. Their newest song, “Migraines,” hits you like a rush of adrenaline and leaves you in a happy haze.

TRASH have been gaining popularity thanks to much deserved airplay on BBC Radio and streaming on Spotify. One spin of “Migraines” will tell you why. There is no denying the instant appeal of their tight hooks and rapturous sound. In fact, it’s downright addictive, with lyrics that acknowledge the push-pull reaction of a relationship. With phrases like “pills won’t do and neither will you” and “all I want is the best you’ve got / give me what I need”, “Migraines” recalls those times when you desperately want something (or someone) despite the inevitable crash you’ll feel afterwards.

If you’re not moved to euphoria by the upbeat tempo, driving percussion, and soaring vocals, then get to hospital for immediate medical attention. This song is the jolt of sonic joy you need in your life right now. Crank it loud and keep it on repeat for best results.

Look for “Migraines” on their upcoming eponymous album from Clue Records. You can pre-order it here.

Somehow – “While the Days Go By” (Paris, France) 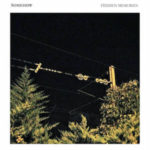 Somehow – the project of French singer/multi-instrumentalist Erwan Pépiot – has an arresting allure. It’s not every day that you discover an artist who seems to be channeling Ian Curtis vocally. While the deep timbre of Pépiot’s voice is the first thing you notice, once you hear the bass line (and its reverberations of Peter Hook), you’ll be entranced. The song’s very Mancunian tone then reveals its baroque pop layers that echo Fanfarlo or Belle and Sebastian. This is when you realize you’re enamored. As he sings on the chorus, “It’s only a matter of time.”

Although the music sounds British, the theme of “While the Days Go By” is quintessentially French: enjoy life in all its fleeting glory. And despite the string of “ifs” in each verse, the subtext is “why not?” Why not drink deeply from the well of opportunity? Why not give what’s left yourself to someone? On this song, Somehow infuses the proper amount of philosophical musing with cheerful chord progressions, and the result is splendid.

You can get your copy of Somehow’s Hidden Memories debut album via Toolong Records from Bandcamp. Somehow’s next show is July 1 in Lyon, France.

Pépiot is joined by Aurélie Tremblay on cello and backing vocals. 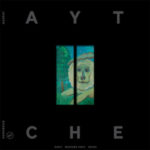 Call it ambient, or experimental, or nu-jazz, but no matter what genre label you apply to Joseph Shabason, his music will caress your senses. It is both soothing and stimulating. Sure, that may seem like an oxymoron, because any music in the ambient spectrum is supposed to lull you into a blissful state instead of engaging your imagination, right? Shabason’s new single “Aytche” does have mellow properties, yet the expert musicianship is so vivid it sets off fireworks in your mind as you listen. The saxophonist known for his work in Destroyer and also Diane is about to release his debut album. If this song is any indication, a lush sonic adventure awaits.

Shabason conjures underwater imagery from the very first notes. You can visualize aquatic life swaying in warm currents, oblivious to external forces. This is how your listening experience may feel, as if you’re observing another universe as you’re guided by Shabason’s mesmerizing sounds. You don’t have to be a scuba diver to appreciate the languorous tones here, but divers in particular may love “Aytch” specifically for that reason. So kick back and relax while Joseph Shabason takes you to another dimension. Your reduced stress levels will thank you.

Pre-orders for Aytch are at Western Vinyl and Bandcamp ahead of its August 25 release date. 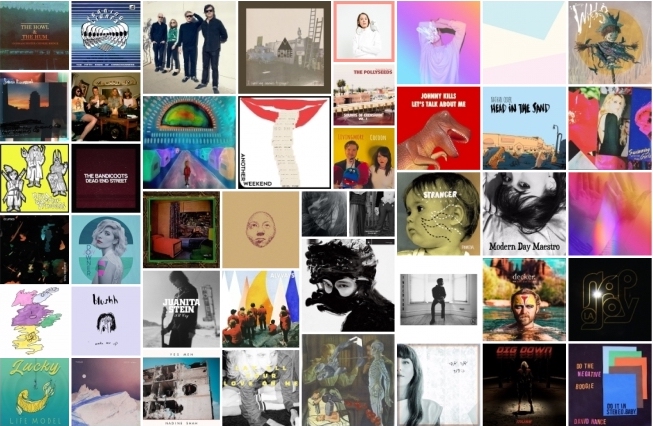 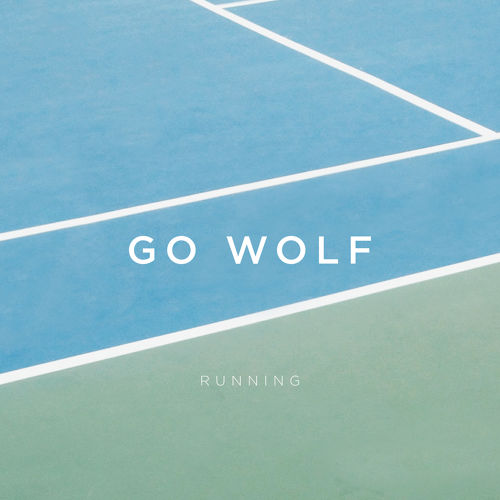 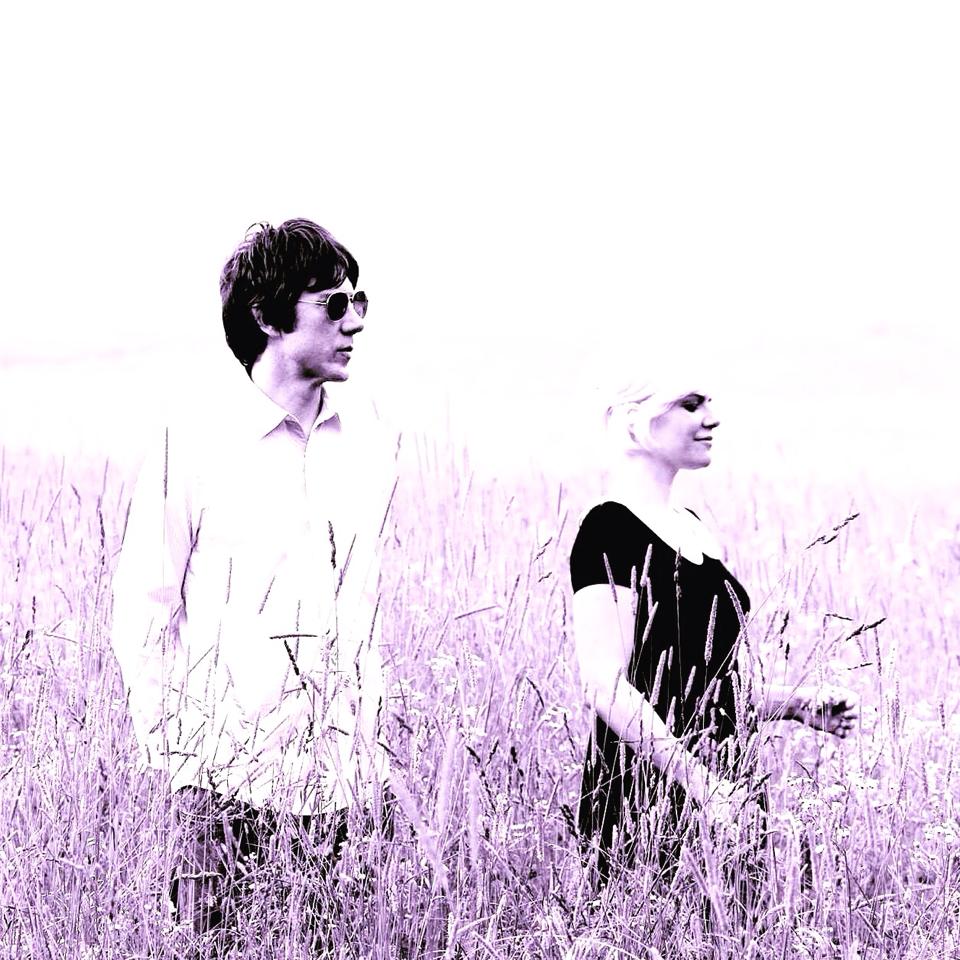