The Matinee July 13th offers another round of great new music. There are some spine-tingling numbers, gritty rockers, quirky electronic pop, and a folk tune that will have you smiling. Let’s get to the tunes.

Mackenzie Scott, a.k.a. TORRES, has slowly trickled out new music and teasers, offering hints that something big was on the horizon. Last month, she shared “Skim”, which was a tantalizing, psychological affair that showed a different and more expansive side to the indie rocker. Yesterday, she shared a brand new song and made it official – album number three is arriving in in the autumn.

To mark the occasion, TORRES released the record’s title track, “Three Futures”. Like her previous single, “Three Futures” is a stark, bleak but beautiful number. The pace is deliberate, yet the mood is intense and foreboding. It’s even creepy and spine-tingling in a Twilight Zone kind of way. The storyline is also fascinating and eerie, as she tells a tale of three people’s lives colliding at once – two of whom are a couple and the other a stranger. For a while, they are all going their own separate ways, but one event brings them all together. The song’s video, which is below, reveals everything.

Australia is more than just kangaroos, the Outback, great wine, and koala bears. It is the place to best psychedelic rock, as the likes of King Gizzard & The Lizard Wizard, Tame Impala, Pond, and Dune Rats reign over the genre. One band we shouldn’t forget is Beaches.

As the quintet from Melbourne approach the 10th anniversary of their first show, their third album – and first since 2013’s She Beats – is on the horizon, and the first single is a fantastic (re-)introduction to the band. Like fireworks exploding over the Sydney Harbour, “Void” is three-and-a-half minutes of joyous, psychedelic eruptions. The multi-layered guitars are pure delirium, the buzzing synths are hypnotic, and the hammering rhythms are cathartic. Add in whirling vocals, and “Void” becomes the answer to our need for some blissed-out indie rock.

Much of today’s electronica features overproduced songs that only have one intention – to get people throbbing in one sweaty mess. Brooklyn-based duo The Blow are the exact opposition. Khaela Maricich and Melissa Dyne have demonstrated over the years that their brand of punk-infused, minimalist electronica can still be entertaining, but in a different way. Take for instance their newest single, “Get Up”.

The production work is low-key and even a touch oft-kilter, yet it is uncannily addictive. The shallow rhythms that set the tempo, in particular, are wildly catchy, having you shaking your shoulders and hopping around the living room like a rabbit. Then there is the storyline, which is part a sitcom out of Seth MacFarlane’s mind and another  part a sci-fi tale that Simon Pegg could have written (although there’s a reference to Mordor). There are several lines that are memorable, such as:

But the one set of lyrics that define the song are:

I’m inside your head right now.
Good luck getting me out.
I’m going to take whatever space I can find.
I’ll make it nice so you won’t mind.

Brilliant, fun, quirky, and just awesome. “Get Up” is the lead track from the band’s new album, Brand New Abyss. It drops September 22nd.

A year ago, we were introduced to The Delicates, who impressed us with their jangle, surf-pop single, “Chimera”. Three weeks ago, the seven-piece band released their self-titled debut EP. From it is “Fantastical Mind”, which is like the beautiful, sunny shores of the Gold Coast.

The shimmering, jangly guitar notes are the first thing that are noticed, bellowing like a cool ocean breeze. The soft, honeyed vocals are what come next, and they are show stopping. Seriously, you will stop what you’re doing and allow yourself to become devoured by their sweetness. The storytelling is imaginative and clever, akin to the societal observations of Courtney Barnett. Meanwhile, the gentle throb of the bass line and the jittery drumming give the song a cool groove.

Where the song really takes off, though, is right after the bridge when the trumpet enters the fray and the song turns into a little beach party. Fantastic indeed.

Pick up The Delicates’ EP on Bandcamp. If anyone knows the collective’s names, please let us know.

RIYL: Gang of Youths, Catfish and The Bottlemen, Sundara Karma

New York City is obviously filled with stupendous artists and bands. Walk around any corner in East Village, Brooklyn, or Soho, and you’re bound to find someone or something to your liking. In the jungle that is the Big Apple, many groups get lost in the shuffle unless you’re one truly mining for some music gems. And one of those jewels is Future Generations, a band who caught the ear of the fine folks at Frenchkiss Records and released their debut album a year ago.

Since the LP release, the quintet has kept a low profile until recently. They first announced a two-week tour of the U.S. east coast (dates are here), and on Friday they shared their first single, “One More Problem”. The song is a reminder of the band’s brilliant ability to create anthemic indie pop-rock. Immediately, the song surges with intensity led by a driving rhythm section and some wonderful crystalline guitars. The upbeat melody will have you spinning around and getting lost in the addictive soundscape. Frontman Eddie Gore then joins the fray, providing an uplifting message of perseverance and moving forward. This tune will be stuck in your head for days, assuming you’re not constantly hitting repeat like us. So why are these guys still relatively unknown?

We have a saying around here – another day and another rock band from the UK to blow us away. Indie-rock and post-punk bands tend to be the ones we gravitate to, but quartet HVMM are a mixed bag. Mixing gritty blues rock with the catharsis of garage rock, the Worchester-based group are channeling Jack White and early The Black Keys while adding a touch of the no-nonsense attitude of Rage Against The Machine. Want evidence? Look no further than their new single, “Going Postal”.

Like a tiger stalking its prey, the song commences with a patient pace as the band creates a suspenseful yet eerie atmosphere. The guitars are strikingly dark, the rhythms are heavy, and the lead vocals of Andy Teece are urgent and a touch menacing. The soundscape is perfect as Teece takes us on consumerism and how our obsessions turn us into madmen or even werewolves, where we’re always lusting for the newest trends and styles. “Don’t look twice at that woman you’ve seen before”, Teece exclaims. The finale is pretty awesome as well, as the song turns into a controlled malice. It would be pretty awesome to hear this song live.

“Going Postal” is taken from HVMM’s forthcoming new EP, Talk To Me Like I’m Dead. It will be release September 1st, and pre-order and streaming links are available here.

Joseph Childress knew at an early age that he wanted to be a musician. He was writing his first songs at the age of 14 in Teller County, Colorado and performing them to whoever wanted to hear him sing. After graduating high school, he packed up his guitar, gathered his belongings, and headed to the great city of San Francisco. His first album, which included demos and recordings of his journeys in the west, was released and re-mastered during this time. During this time, Taka Tozawa, Arvel Hernandez, Ian McBrayer, and Aaron Robinson would join Childress on his next adventure, which officially commenced this week.

Childress’ self-titled sophomore album will be released October 6th via Empty Cellar Records, and the first single is the appropriately titled “Virginia Bound”. Whereas Childress looked west to chase his dreams, he looks east to find love. Well, he tells the story of a man falling in love and heading to Virginia to be with the one he has taken his heart. The song is classic folk-rock music of the ’60s and ’70s with the banjo, fiddle, guitar, double bass, and drums floating effortlessly in the air and Childress’ voice rising above them. It’s a fabulous song that will remind you of simpler times. A song that will leave a permanent smile on your face.

Ramonda Hammer – “Too Much, Too Recently” (Los Angeles, USA)

We’ve run up out superlatives in describing indie-rock quartet Ramonda Hammer. They shook us right down to our souls with the emotionally charged, “If, Then”. They blew our minds out with the edgy “Zombie Sweater”. The first two songs from their forthcoming EP solidified our fandom. “Destroyers” was a reminder of the greatness of ’90s grunge while “Bender” was a roller coaster-like experience. Our lasting impression of the band, however, isn’t all about the music, but also the tremendous songwriting found in every single track. Their latest single, “Too Much, Too Recently”, is no different, and it represents the pinnacle of their craft.

While the volume has been lowered, the intensity remains, particularly in frontwoman Devin Davis’ vocals. Pain seeps through every word she sings, and her lyrics suggest a woman who is holding on to the pass but wondering what the future holds. The guitar also gently weeps on this grunge ballad while the rhythm section is deliberate in its pacing and stuttering like a wounded heart. For over two minutes, the song maintains an even flow before it builds into a gorgeous wave of urgent sound. It isn’t a fiery or explosive ending, but rising just enough to have us feel the longing in Davis’ heart.

We said it before and we’ll say it again – if grunge makes a comeback, we’ll have Ramonda Hammer to thank. They are truly music revivalists. 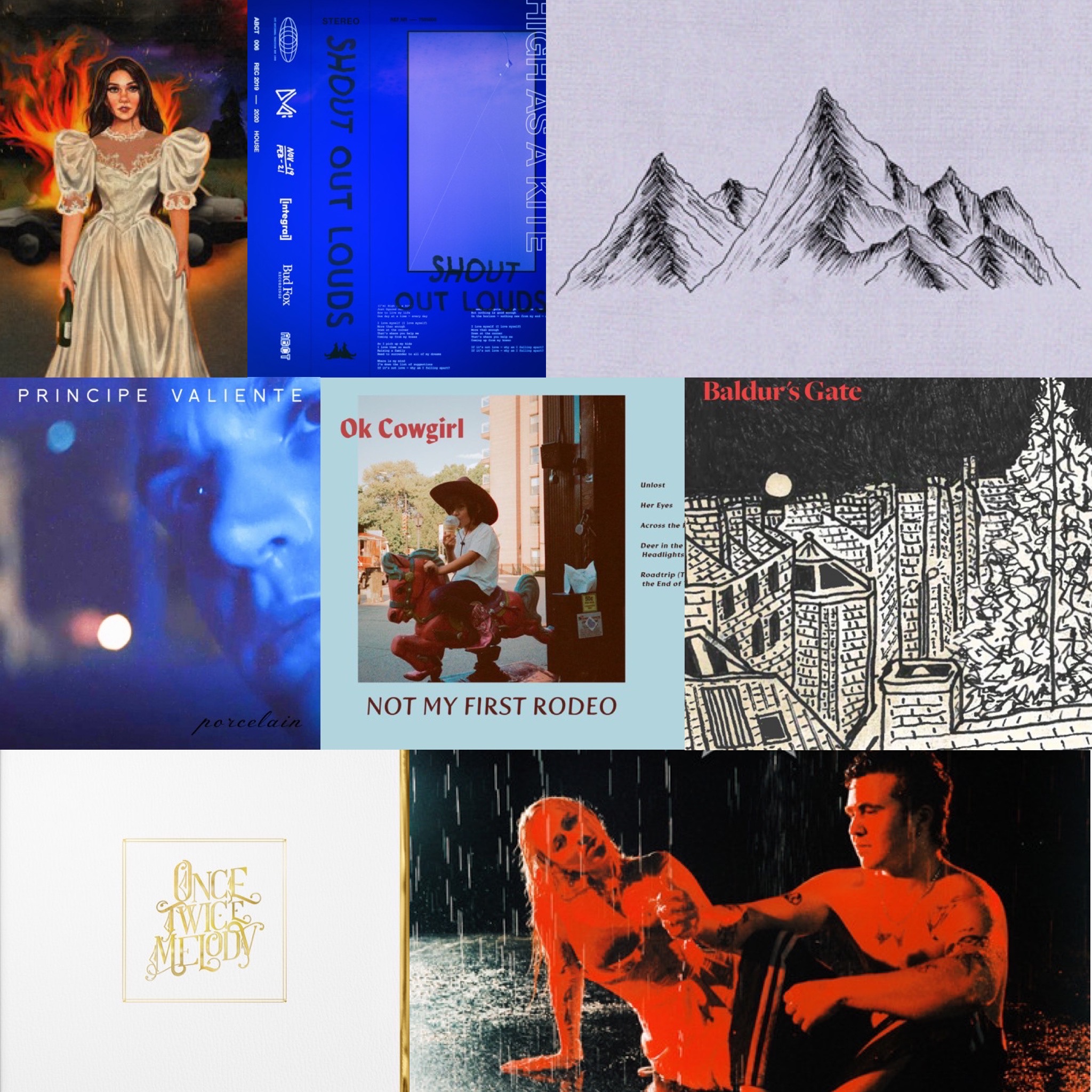 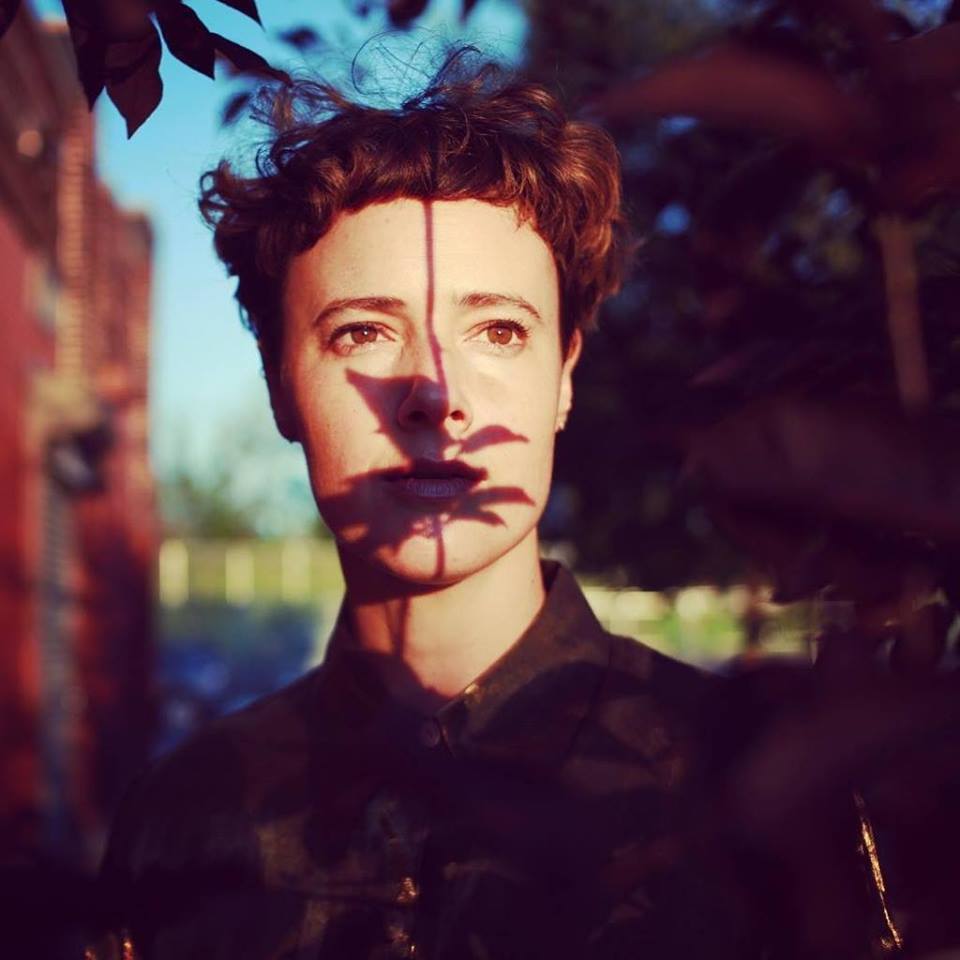