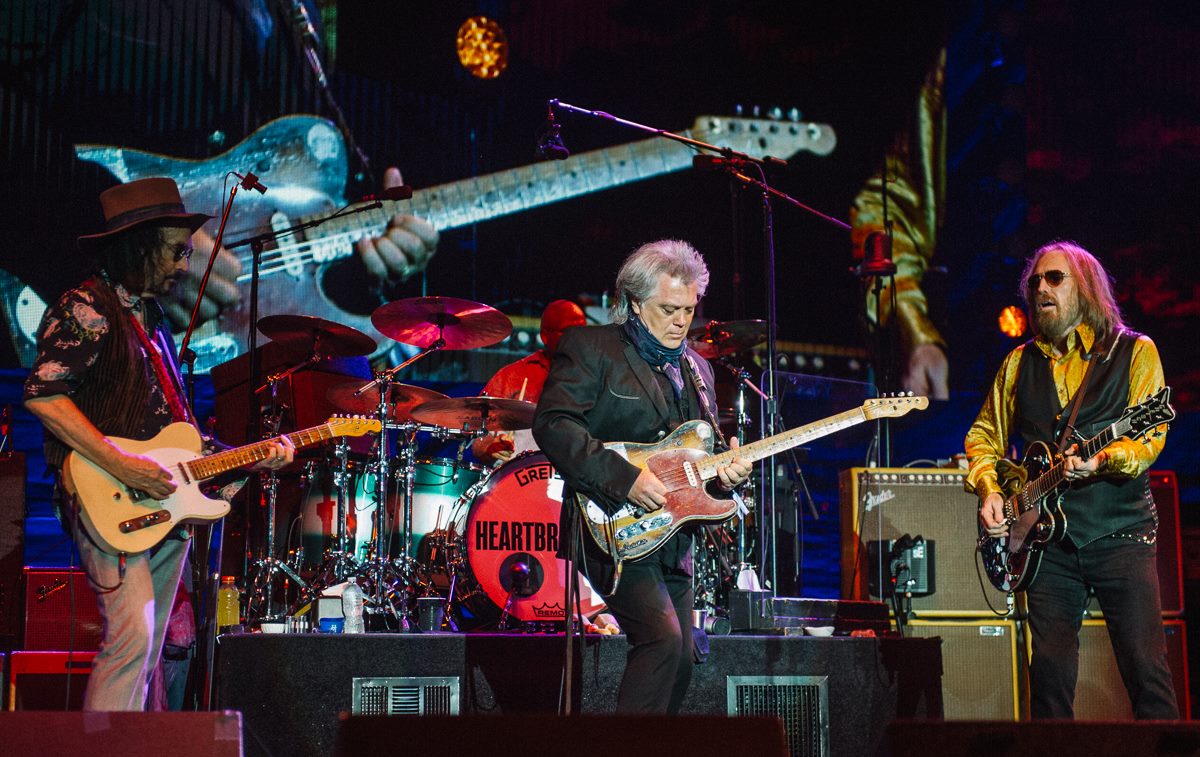 It’s finally here, the final day of RBC Bluesfest 2017. Ten days of the National Capital’s biggest music festival comes to end. There’s an element of relief from the marathon, but concert withdrawal will surely set in a few days from now. We’ll try to alleviate any symptoms with a couple of photo essays later in the week.

But first and foremost, we have to get to who’s performing today. While we have avoided headliners for the most part, tonight we have to break with tradition because a Rock and Roll Hall of Fame member graces the Bluesfest stages at long last. Another veteran rocker is here plus several local artists to check out.

If you’re wondering what else is on tap, check the full schedule here.

What is there to say about Tom Petty and The Heartbreakers. Most music fans know who the rocker is and his lengthy catalogue of hits. While he’s entering his fifth decade in the business, Tom Petty continues to tour at length. For many people coming tonight, this event was long on their wish lists. We know it was on Festival curator Mark Monahan’s bucket list, as he’s been trying for over a decade to get 66-year old artist to Ottawa.

Peter Wolf is arguably one of the most underappreciated rockers in the history of rock ‘n roll. Sure he was adored and praised during his prime, particularly as the frontman of the J. Geils Band. Since then, despite giving us hits such as “Come As You Are” and “99 Worlds” as a solo artist, he gets overlooked. That shouldn’t be the case, and this performance will remind people young and old why Wolf should be celebrated as a living music icon.

End the festival with a healthy serving of the blues. With his latest CD “Notes from the Underground”, singer/songwriter Steve Groves is ready to kick of your Saturday on the main stage.

An active contributor to the Blues in the Schools program, this artist bring his entertaining ways to the Bluesville tent to kick of the final day of the festival.  With a long-standing career in the Blues/Jazz/Folk music scene, he’s sure to entertain and get your day off to a great start !

Consider an early visit to Bluesfest to check out Alison Rose. This singer-songwriter crafts relatable songs with intriguing melodies surely to get your toe a tappin’.

This local panoramic-rock quartet is taking over the Bluesville Stage early Sunday afternoon. In 2015, they released their album Goodnight Mara and similarly were featured at Cityfolk. Having their presence at this festival is a welcome sight.

The Riot Police should be familiar with locals as they are regulars at the festivals and local clubs. Influenced by current rock great like Coldplay, Kings of Leon, The Killers and Imagine Dragons you can imagine why their sound resonates with the audience. They have released two independent albums and are due to drop a 3rd soon, come in early and discover some new tunes.

Hong Kong born and Halifax raised, this now resident of Ottawa is active in the local music scene. Don’t miss this soulful story teller who writes melancholic yet uplifting folk tunes and sings them from the heart.

Blues & Company – 5:30, Bluesville
Recent winner of the Ottawa Blues society ‘Road to Memphis’ challenge, this contemporary blues trio is set to entertain under the Bluesfest tent early eve on Sunday. Get an infusion of their high energy to carry you through to the finale of the festival.

An eclectic bands to say the least, The Souljazz Orchestra fuse Latin, jazz, soul, Afrobeat, and a little bit of everything with a cohesive flair. Late September they have a new release coming out, working in 80’s synth and drum machines to their signature sound. Bring your dancing shoes and get ready to boogie as they bring a bit of disco and electro to the mix.

A melange of folk, electronica, and neo-soul, this singer/producer has big plans. A previous member of Pony Girl, his departure brought his first release forth (Hedera, 2015), and in 2017 his single “Part of It” debuted.  He’s currently on tour and after Bluesfest, he has a few more dates out East.

Kelly Sloan melds her own sound from diverse influences such as soul, folk,blues and rock, but it is her clean vocals that drive her music. With her recent release of her third full-length album, she has lots of original material to wow you with.