The Matinee July 25th features music that I like to listen to while taking a long trip by plane. There are songs that ease the nerves and help you relax, and a few whose sole intention is to get the energy flowing and awaken you from your high-altitude stupor. With that, let’s take a musical trip that starts in the indie music mecca of the world.

For a decade, David Ramirez has lurked in the shadows of his more famous colleagues within the alt-country and Americana genre. No one, however, has questioned the Austin-based artist’s talents, particularly his ability to create music that awes and write stories that both challenge and appeal to our personal senses. His latest single is a demonstration of what so many people have missed out and why those within the industry celebrate his works.

“Twins” is a brooding but stunning alt-country number that blends together the reflective intimacy of Ryan Adams and the cinematic allure of Jesse Marchant. It’s a song that will leave your mouth agape to breathe in its beauty and to be consumed by Ramirez’s honeyed vocals. Lyrically, “Twins” feels like one part a personal tragedy and another a political track about the evaporation of America as we once knew it.

One of the best things about doing this “unpaid job” is getting to follow a band grow from its very beginnings. About 15 months ago, English indie-rock trio Johnny Kills revealed themselves to the world with the single “Take It Easy” and followed that up with the melodic masterpiece “Maybe Next Year”, which we were fortunate to premiere. As Tim Lloyd-Kinnings (lead vocals/guitar), Cameron Gipp (guitar/bass/vocals), and Lewis Lloyd-Kinnings (guitar/bass/vocals) are still in school, it’s understandable that they’ve slowly released new material. Yesterday, their fourth single dropped and it’s another head-noodling number.

“My Shirt Guy Is High” is a grungy, anthemic number. But whereas their previous songs were more emotive in their delivery, this number is more tongue-and-cheek and has a whimsical element. It isn’t so much about the dry cleaner, but rather the tale of an ordinary bloke trying to get through another day and find some happiness in his world. The buzzing, ’90s alt-rock approach accentuates the predictable predicament of this slacker. Then again, maybe the trio are writing about their days doing A levels. Regardless, this little trio have delivered another awesome tune that reminds us of our youth and what innocence is like.

Dublin has given us U2, Glen Hansard, My Bloody Valentine, and James Vincent McMorrow to name a few. Pretty soon we’ll have to add the name Kate Dineen to the list if she’s able to build on her latest single.

With Dineen’s soothing voice and a classic dream-folk style, “Flames” is absolutely tantalizing. Despite the song’s ethereal beauty, an understated edge percolates through the track, particularly in Dineen’s lyrics and voice. This isn’t a love ballad. Rather, it’s song about a woman who has fallen but has risen and fought back.

Dineen is a talent, and one who hopefully will achieve the success of her more fellow, famous Dubliners. She has an EP already out called Great Escape, and the record demonstrates another of Dineen’s talents. She’s one of the rare guitarists who is adept at the intricate finger style (or finger plucking). Hear the EP on SoundCloud.

There’s probably some truth to the statement that every country has its own version of PJ Harvey. Now, not every person she has inspired has been able to capture Harvey’s musical and songwriting brilliance, energy, fearlessness, and power. Laura Carbone, though, is one artist who unquestionably is in the running as the heir to the great English artist.

For the past three years, the Berlin-based singer-songwriter has developed a cult following with her unrelenting approach to indie rock just like a young Harvey once did. At this point in time, Carbone seems intent on revving up the intensity and adding more edge, just as she has done with her latest single, “Cellophane Skin”. This song explodes from the very first note and maintaining the intensity right to the end. The guitar are menacing, and the rhythms probe like a shark on the hunt. Carbone’s voice is gritty yet captivating, howling out at all the individuals who opt to pretend to be something they’re not and those who desire the material over the substantive. Sounds like PJ Harvey, eh?

This awesome single is available now via Duchess Box Records.

You’re probably looking at the RIYL and saying, “WTF?” We don’t blame you, but after you hear “Sharp Spine” by Lenore. you’ll completely comprehend the comparison.

The beautiful harmonies of founding members Joy Pearson and Rebecca Marie Miller open the track, lavishing you with the warm and awe-inspiring grace of Lucius and Joseph. Jessie Dettwiler’s cello adds a haunting mystique with its low hum. The three set the stage for Eric Bachmann, whose tenor is indeed akin to the man of the multiple sequins shirts Neil Diamond. A ’70s vibe, as such, develops within Lenore.’s melancholic and dreamy witch-folk, but the combination is stunning and enchanting. At the same time, a quiet euphoria begins to build within you, where you’ll be clapping in time to the slow rhythms while being completely lost in the harmonies and music. Spellbinding, it’s the only way to describe this song. We’ll also predict right now that Lenore. will be performing at Newport Folk Festival in the near future, possibly as early as 2018.

“Sharp Spine” is from the quartet’s forthcoming, self-titled debut album, and it is due out September 15th.

Last month, we were first introduced to Po’ Brothers, who blew us away with the psychedelic rock anthem, “Feel”. Their latest song once again hits the target and sates our desire for a classic rocker.

“In the City” is just one awesome psychedelic tune that channels the best of the genre from the ’70s to modern times. The dual guitars are awesome, igniting the air with power riffs and searing reverb. The rhythm section, meanwhile, is dynamite, providing one throbbing beat after another and setting the pace for the inevitable head noodling. Frontman Collin Curry, meanwhile, has the perfect voice for a psychedelic band, matching the electricity of The Black Lips’ leader Cole Alexander. The storyline is pretty great, as he explains life in the big city and how one man becomes consumed by its commercialism.

America, your next great rock band has arrived.

At the end of May, one of New Zealand’s most beloved indie bands made their return after a lengthy hiatus. Selon Recliner‘s first song in eight years, “Come On Rain”, truly elicited the phrase “OMG”. It was a momentous return for a band who built a following across the North and South Islands but then unceremoniously disappeared. They’re making up for lost time, however, with their new EP only a few days away.

The second single is “Sun and Moon”, which is a cosmic, ethereal experience. Instant delirium grabs hold of you, as wave after wave of interstellar instrumentation washes over you, specifically the combination of the shoegaze and growling guitars, echoing keys, and stammering rhythms. Frontwoman Belinda Bradley’s vocals take on a distant quality akin to the galactic beauty of Orenda Fink and the radiance of Frankie Rose. Not surprisingly, she guides us on a story that takes place high above the trees, where we are in flight and watching the world move below us. “Sun and Moon” is another gorgeous song, but now where will the collective take us on the rest of the EP?

We’ll get to find out very soon, as Stories of Later is out Friday. If you’re in the Auckland area, Selon Recliner will be holding a record release party at Galatos in Newtown. Get tickets at Eventfinda.

If you’re having one those days and need a pick-me-up and have you feeling good about yourself, then you’ve arrived at the perfect song in “Crystal Chandelier”. From the opening notes of the blistering guitar to the pounding percussion, Los Angeles-based duo TRASHCLUB‘s newest single erupts from the start. It is like three Red Bulls captured into a three-minute song. However, whereas the energy drink lasts only a few hours, this song will have you buzzing for days on end. The words, “I can do whatever I want”, in particular, will linger with you well after the song ends.

Using a “Crystal Chandelier” is a great metaphor to describe a person. Like these ornate objects, they illuminate bright lights and often are the center of attention in an expansive room. Yet, they are fragile and delicate, and when they fall they come crashing down. With this song, though, we’ll feel like all eyes are on us.

TRASHCLUB are Evan Andree and Travis Bunn. They’ve released a handful of songs, and they can be heard on SoundCloud and Spotify.

We might need to dedicate an entire month to the UK scene because we cannot keep up with all the great bands emerging from the islands off the northwest coast of Europe. Seems like every day we’re introduced to a band that has received some notoriety within the UK, and we’re one of the last ones to hear about them (well, not quite but close). This week’s candidate is Weekend Wars.

In the 18 months since forming, the five-piece outfit from just outside the home of The Beatles has already been featured on various BBC shows and streamed in Australia and New Zealand. Their latest single, “Champagne Eyes”, will surely receive the same love and support if not become a massive hit. The song is indie-pop perfection – a shoulder shimmering, anthemic number that is also smart and personal in its storytelling and doesn’t full into the pitfalls of cookie-cutter pop music. As you dance to the sweet melodies of “Champagne Eyes”, listen closely to the lyrics and then add it to your own coming-of-age playlist. 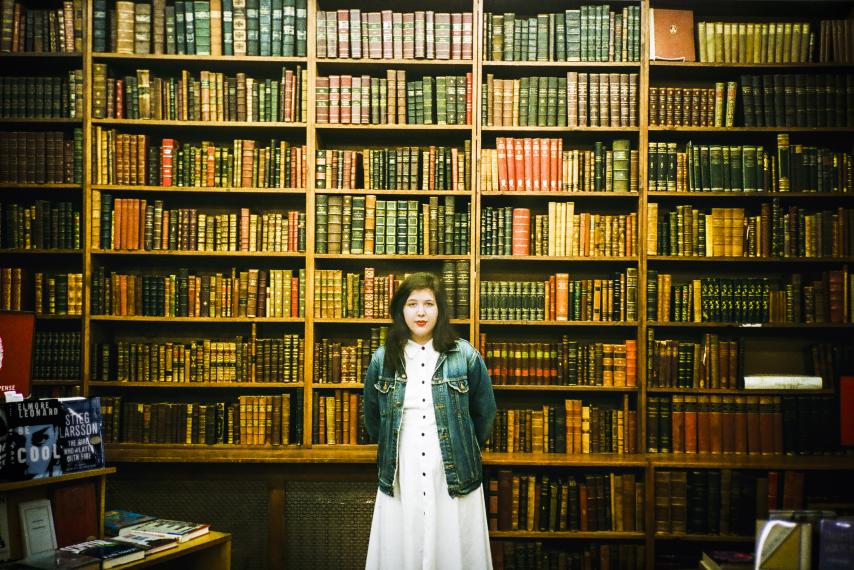