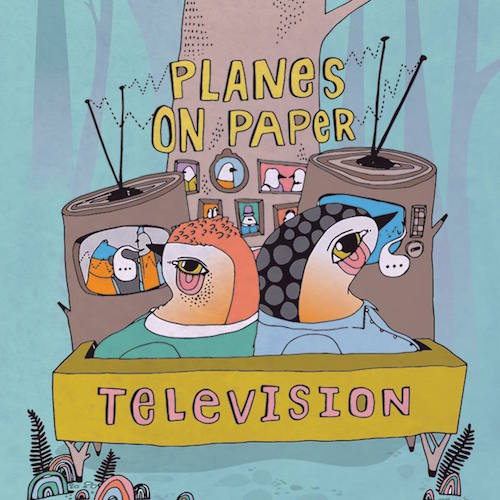 The five songs on this week’s Melodic Tonic range from gentle indie folk to rollicking synth rock. Featuring artists from Australia, Denmark, Ireland, South Africa, and the US, this mini playlist offers great new music from across the globe. Today we start with one of our favorite bands from the Pacific Northwest.

RIYL: The Head and the Heart, Lowland Hum, March to May 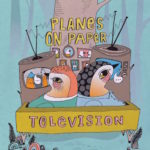 We first fell in love with indie folk duo Planes on Paper in 2015 when we shared their “Iron Boat” single. Since then, the duo of Navid Eliot and Jen Borst have continued to flourish, making gorgeous music that resonates with listeners. Whether they are playing intimate acoustic shows or performing with a full symphony, the pair transcend the norms of the “folk music” genre. Their newest single, “Television,” is yet another example of how effortlessly they marry melodies with emotion and truth.

“Television” expresses the frustration felt by a couple who have stopped communicating. But beneath its delicate acoustic accompaniment lies a deeper correlation to modern life: television is divisive on a political level, too. As Navid Eliot explains:

“We have become so divided as a nation that it seems the idea of doing what’s best for one another has been replaced by an intense desire to “win.” The important conversations aren’t being had with the goal of finding solutions; instead we find ourselves in a culture in which the TV is at maximum volume, repeating meaningless “us vs. them” slogans until no one really wants to talk anymore. ‘Television’ is a metaphorical journey through that broken marriage between left and right. The communication breakdown of a couple that isn’t quite sure why they should even bother still talking to each other. We will all have to start talking and listening to each other again if we’re going to find our way back to the more civilized way of working through our differences that previous generations of Americans enjoyed.”

Despite lyrics that say, “This isn’t what it’s like to be happy,” you cannot help but exhale a hopeful sigh when this song ends. Their lush harmonies cut through the static of the outside world and draw you into their peaceful realm. Planes on Paper help you “fall into the place where everything is music,” to paraphrase the mystic poet Rumi. Their “Television” is a soothing alternative to the discord coming from yours.

“Television” will be released on Friday. You can get it pre-order it from Bandcamp. While the album is expected later this year, their US West Coast tour starts this Saturday. 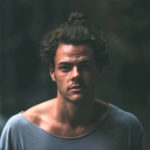 An emerging artist to watch is Oly Sherman, a 22-year-old Australian artist who is making huge waves Down Under. You may not be familiar with this singer/songwriter yet, but his new “Monument” single could very well make him a household name.

The swirling layers of indie folk-pop are tinged with atmospheric melancholy akin to The War on Drugs. The overall tone evokes the emotional ache felt during times of uncertainty. The last half of the song is especially poignant. Picture yourself on a beach, gazing out at storm clouds gathering on the horizon. A palpable energy builds as warm coastal breezes surround you. The last 90 seconds of “Monument” have that same electrifying tension.

Queue this one up the next time you need to go for a head-clearing evening drive. This song’s breezy production perfectly complements the cool stillness of night skies. Turn to Oly Sherman for comfort when you need a reassuring voice in troubled times.

“Monument” is from his debut EP, Embrace, out now on iTunes and Spotify via The A&R Department. 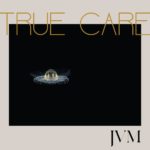 You may feel you’re having a dream listening to “Thank You” from the new James Vincent McMorrow album, True Care. The acclaimed Irish singer known for sounding more like a distant cousin of Bon Iver’s Justin Vernon infuses this song with upbeat, disco-inspired elements. In this way, “Thank You” still has similarities with the most recent Bon Iver release, though it more strongly echoes the blue-eyed soul of Icelandic soul crooner Juníus Meyvant. The result, of course, is impossibly infectious.

True Care, his fourth LP, comes less than a year after his We Move release from last September. The R&B flavors from that album are a precursor to the confident, free-spirited “Thank You.” If you aren’t already a fan of McMorrow, this is the song that will convert you. It’s impossible not to feel waves of euphoria wash over you as this tune plays. From the warm (almost tropical) synths and percussion to his soaring falsetto, “Thank You” will have you swaying in response to its sultry rhythms.

True Care is out now via Faction Records. You can order it directly from his website and iTunes. His summer tour is underway with dates at festivals in the UK, USA, Canada, and Germany.

RIYL: Choir of Young Believers, Oscar, The War on Drugs 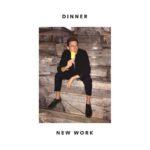 The trend of ’80s-inspired, synth-driven indie pop is stronger than ever this year, especially on the newest single from Anders Rhedin – aka Dinner. Early last year we shared his “Turn Me On” single, and we’ve been hooked on his smooth sounds ever since. The Danish singer/producer is now based in Los Angeles, so perhaps that accounts for the sun-kissed energy of his “Un-American Woman” single.

Just close your eyes as you listen to this gem. It opens with shimmering, ’80s-esque synths before Rhedin’s rich vocals arrive to contrast the neon imagery conjured by the instrumentation. Since the musical tone of “Un-American Woman” is reminiscent of a decade marked by excess, it seems fitting that the corresponding video was filmed in Las Vegas. But here the only excessive element is one of warm, vibrant tones. This is a song that will work its way into your head and stay there. Prepare to have its hooks on repeat for the rest of the week.

If you enjoyed his 2016 album, Psychic Lovers, then his forthcoming New Work is sure to be a satisfying treat. Captured Tracks will release New Work on September 8 with pre-orders here. 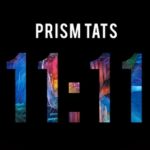 Another foreign-born Los Angeles resident we cannot get enough of is Garrett van der Spek – better known as Prism Tats. This South African native is quickly becoming a sensation with his energetic brand of rock & roll. “Used to Be Cool” is the latest single from his upcoming 11:11 EP, following “The Liar” that we shared back in May. Where that song was full of scorching licks that could wake the dead, this one takes that energy to new levels of vitality.

“Used to Be Cool” is Prism Tats at his peak, delivering a powerhouse anthem that channels the glam of David Bowie and the fierce hooks of Spoon’s Britt Daniel. “You used to be young / you used to be fun,” he sings to an unnamed character. The object of his scorn – an egomaniac who is now a bore or blowhard – is instantly relatable. Dive into this song and keep it on repeat to help you purge those negative feelings of animosity toward egomaniacs, especially those in politics whose egos wreak havoc, both at home and abroad.

Look for 11:11 when Anti Records releases it this Friday. Prism Tats recently completed a tour with Nada Surf, but he has a handful of shows next month in the Southern California area. 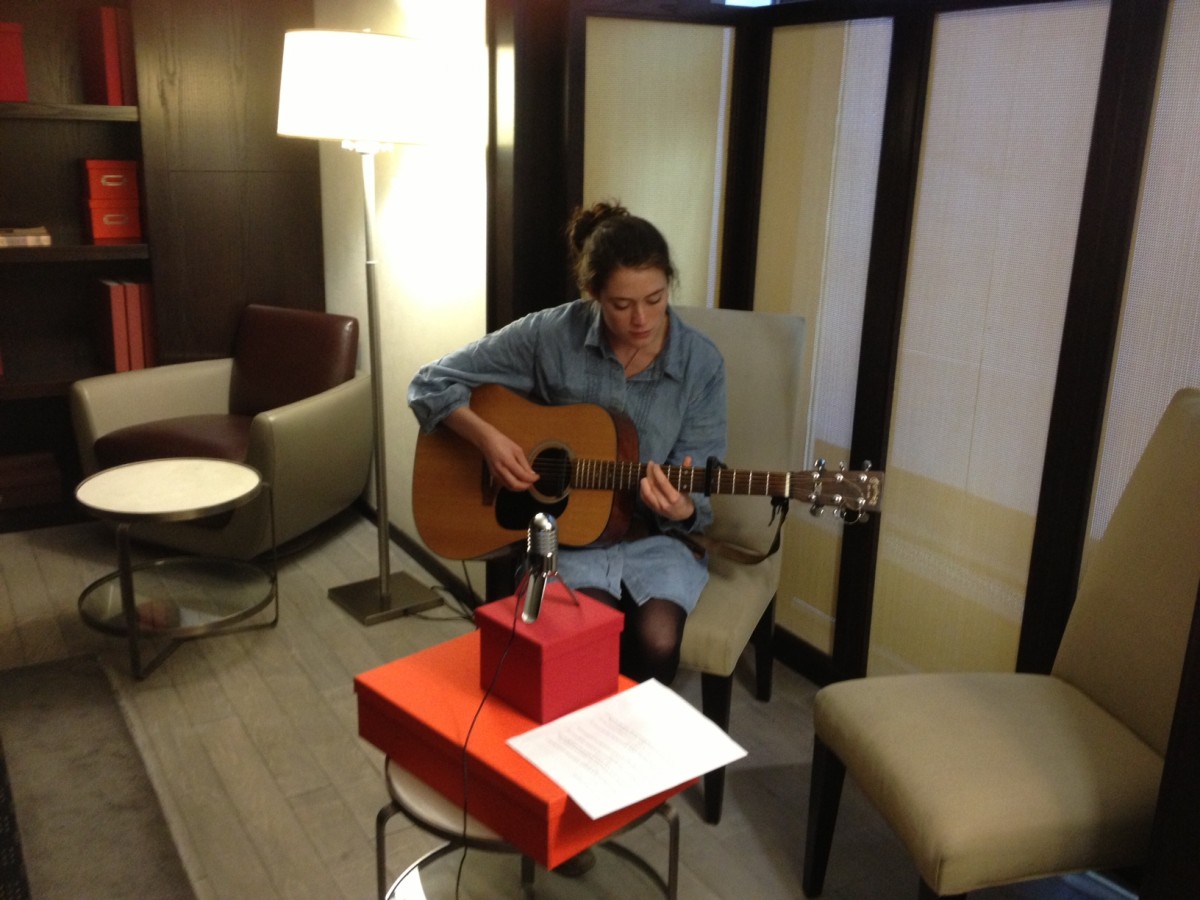