The Matinee July 28th edition features plenty of sonic variety to kickstart your Friday. Since some of us are attending Newport Folk Festival this weekend, we have six edgier tunes for your enjoyment. So dive into this pool of scorchers, then check back on Sunday when our Weekend Showcase will include every song we’ve shared this week. Happy Friday! 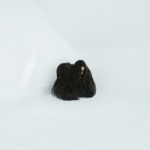 When you need to add a dose of doom metal to your new song, which guests do you recruit? If you’re Chelsea Wolfe, the choice is simple: you bring in Troy Van Leeuwen (Queens of the Stone Age) and Aaron Turner (Old Man Gloom). This hefty dose of star power makes her newest single a jaw-dropping experience.

“Vex” from her forthcoming Hiss Spun album is a brooding affair that tiptoes near the edge of full metal territory without crossing it – at first. Fans of Wolfe’s ethereal vocals have plenty to love here. She draws listeners into a moonlit trance for the first half of the song. The tranquil spell, however, is then interrupted by Aaron Turner’s bellowing howls. Together it creates an intense dynamic where the listener feels like prey hunted by these nocturnal wildlings. It’s harrowing and exhilarating.

Hiss Spun is due September 22 via Sargent House with pre-orders here and from Bandcamp. Her North American tour kicks off the following week.

It’s been a little while since we have heard from the band with arguably the best name in indie rock. Have You Ever Seen the Jane Fonda Aerobic VHS? first entered our sonic solar system two years ago when they released “Family Man,” which was an unrelenting yet amusing rocker. While many months have passed, the Finnish trio are still doing what they do best. Their new single, “Magic Swimming Pants”, is wildly entertaining and filled with humorous vignettes.

Right out of the gate, the music is amusing, sounding at first like an indie-rock tune set in 15th century Bavaria. It then takes on an Ariel Pink nonchalance with the unpretentious, head-shaking melody and pitchy yet addictive vocals. Listen to the lyrics, and the song is indeed a fairy tale. Jack had a magic bean, but HYESTJFAVHS have swimming pants that allows them to “sleep with garden gnomes,” eventually get married, then overcome life on a mattress. The song is whimsical, bizarre, but so awesome. Heck, if “Weird Al” Jankovic turned to indie rock, he might sound like HYESTJFAVHS.

The single is out now via VILD Recordings. 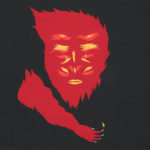 Brace yourself for some high intensity rock & roll. The newest release from Brooklyn-based indie rockers Honey cranks it all the way to 11 and doesn’t let up. “Dream Come Now” is a headbanger’s dream come true, thanks to the scuzzed-out wall of sound these guys create.

Some songs try to make your acquaintance with a nod or the sheepish smile of a guy trying to muster up the courage to buy a girl a drink. Not this one. It charges into the bar, takes a shot, then plants a big, sweaty kiss on you before you even know what’s happened. That kind of ballsy swagger permeates every note of this three-minute thrill ride. As soon as it starts, you know you’re in for wall-to-wall hooks. When it ends, you find yourself sitting in dumbfounded silence, unable to muster anything more than a slack-jawed “Damn!” That’s because Honey includes former members of Psychic Ills and Amen Dunes – two bands that know how to lay down some fierce riffs.

“Dream Come Now” is from Honey’s forthcoming New Moody Judy album. Like its predecessor, last year’s impressive Love Is Hard EP, we expect it will charge into your headspace with the fierceness of a thousand bulls. These guys mean business, so if you know what’s good for you, you’ll crank up this tune for maximum head-banging results.

New Moody Judy is available for pre-order from Wharf Cat Records ahead of its September 29 release date. 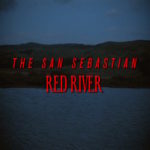 One of the hallmarks of Americana music is its marriage of rollicking beats with a lonesome violin. Call it a fiddle if you want, but the plaintive tones those strings emit are heard across the genre, from The Avett Brothers and Nickel Creek to Trampled By Turtles and more. When played well, it’s an instrument that can lift your spirits or break your heart. When it comes to Australian duo The San Sebastian, the result is somewhere in the middle.

The way that brothers Dan and Joel Crannitch (formerly of Aussie indie rock outfit Leader Cheetah) incorporate a violin on their debut single, “Red River,” is stunning. It echoes American indie veterans The Jayhawks with dusty traces of Phosphorescent, with melancholy minor chords that set an introspective tone. This is the kind of song that deserves prominent placement in a movie. It has an understated cinematic quality that would enhance a key scene or signal a pivotal plot turn. While the first part of “Red River” is a bit on the mellow side, the tempo picks up to a foot-stomping pace. You find yourself picturing that movie scene and wondering what part the river plays. However, you don’t need to imagine as you can watch the video here.

The band’s debut album, Alive on the Black Sea, is expected later this year from Spunk Records. We are looking forward to hearing it and watching how this talented band’s career progresses.

The San Sebastian are Dan Crannitch and Joel Crannitch, along with Jesse Coulter, Tom Spall, and Jimmy Balderstone. 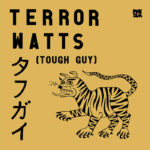 Their self-titled debut EP is barely three months old, yet Birmingham indie garage rock trio The Terror Watts have brand-new banger to share. “Tough Guy” is a smash follow-up to their fantastic “So Alone” single we shared back in April. This one packs just as much of an edgy punch, never straying far from their feel-good brand of unbridled rock & roll. It’s got all the punk-inspired tendencies you need to kick off your weekend, but it’s tempered enough that you’re not likely to get arrested for inciting a riot.

Damn, these guys know how to craft an insanely catchy tune! Don’t be surprised if you have the chorus refrain (“I’m a real tough guy”) and the corresponding “whoa-oh-wo-ohs” stuck in your head for the next week. Maybe that’s part of their secret recipe: instead of writing super-long songs with multiple verses and an extended bridge and even longer outro, The Terror Watts stick to what they do best. They craft the tightest hooks possible, wrapped up with an infectious chorus. We’ll admit, it’s supremely effective, and we’re already clamoring for more. Hopefully a full-length album is on the way by year’s end.

This single is out now via PNKSLM Recordings on Bandcamp.

We’ve been enamored with Thyla almost from the very beginning. Early in their careers, they blew us away with their ferocious indie rock that was reminiscent of early Garbage and Wolf Alice. This year, however, the Brighton-based quartet have been exploring other genres. Their last single, “Ferris Wheel,” was a dream-pop delight that had the easy breeziness of Alvvays and the euphoria of Sundara Karma. Now for their newest song, they’ve gone into a different direction, but the end result is still the same.

Wading into the dark, cinematic abyss occupied by the likes of Pumarosa and Mammút, Thyla have deliver a bone-chilling yet enchanting number with “Pristine Dream.” Frontwoman Millie Duthie stars on the single. Her voice is bold and stunning, sounding fuller and more confident and reaching notes that will raise the hairs on the back of your neck. Musically, the song reaches hypnotic and breathtaking heights, capturing your attention with a throbbing rhythm section, a piercing guitar riff, and tantalizing keys. As the song reaches its crescendo, exhilaration is achieved, yet this song isn’t a moment of clarity. Instead, as Duthie explains, it is about “inviting people into the dark corners of your psyche and apologizing for nothing. The track is essentially a pop anthem for the statement: ‘The only things you regret are the things you don’t do.’”

No wonder we love this band.