It was only four months ago when Alyeska Reid released her debut EP, Crush, under the moniker Alyeska. The record introduced the world to a young singer-songwriter who wasn’t afraid to share her emotions. The EP, though, felt like a woman embarking on a new journey and discovering who she is. Like is often the case, however, the pull of home is too strong, and this is the focus of her new single “Absaroka”.

Absaroka is a proposed state comprised of territory in Montana, Wyoming, and South Dakota. The area never did secede, but the seeds were planted. With this in mind, Reid takes us simultaneously on a history lesson and an introspective trip. “Absolutely I’m coming home, I’m going to get back to where I started from”, she bellows out through the reverb guitar and hammering percussion. The statement could be in relation to the towns and citizens accepting the status quo and be a statement of Reid returning to her home of Montana. “I made a mistake”, she repeats later, admitting that her escape to new destinations was anything but flawless. Musically and lyrically, it’s a tantalizing number by an immensely thoughtful and gifted artist, who is one of our favorite discoveries of the year.

Corniglia – “I Don’t Know What to Say” (Perth, Australia) 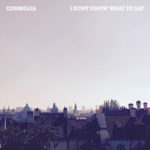 Back in November we fell under the spell of Corniglia, the indie dream pop band from Australia whose “Oh My Love” single made us swoon. With that one song, we knew we were hooked on their lush sound. Although we knew they were working on an album, not much was known in terms of a title or release date. We still don’t have that info, but this new single is enough to help temper our impatience. How can you feel anything but pure, unadulterated bliss when you listen to “I Don’t Know What to Say”? Trust us, this song has magical powers. It will relax you better than a spa treatment and unburden your mind better than your therapist. It will make you forget the world as you bask in its gently swirling layers of dreamy psychedelia.

Oh, Corniglia – where have you been all our lives? We don’t know what else to say.

I Don’t Know What to Say is available digitally on Bandcamp and iTunes via The A&R Department. You can stream all the tracks from the album here.

We don’t know about you, but we’re all a bit tired. It’s been a busy month with so much going on and no signs of reprieve. Even the usual double espressos aren’t doing the trick to keep energy levels up. When this is the case, we need to turn to music that lifts our spirits and gives a shot of adrenaline. Answering the call is the Sarah Tudzin, who two weeks ago unveiled her musical project illuminati hotties to the world with the single, “(You’re Better) Than Ever”.

Tudzin has produced an infectious and flamboyant pop-rock tune that rivals the anthemic flair of Aussie stars Alex Lahey and Bec Sandridge. The song is fun, energetic, and just a riot, helping to perk up glucose levels without any of the unnecessary sugar. More importantly, it’s a song that will lift one’s spirits, as Tudzin reminds us that even in failure we’re all still superstars. And superstar is what Tudzin could eventually achieve if she continues to make such addictive and meaningful music.

Jinka – “Trash From The Past” (Berlin, Germany)

Be bold, be creative. These are words that many of us have heard at least one time in our lives if not repeatedly. This phrase, though, applies best in music, especially in a day where the industry is overflowing with aspiring artists and many seem content with the formulaic. For us, though, creativity and innovation will always win out, which is why newcomer Jinka‘s debut song, “Trash From The Past”, has us buzzing with excitement.

The song is unlike anything one will hear on the radio or even streaming somewhere online. “Trash From The Past” is a cacophony of sounds that bombards you in a way that’s reminiscent of exiting a club in a big city. From the very first note to the late, the song’s disparate elements attack your senses from all angles, yet they blend together to form a moment or even experience that is pure exhilaration. And that’s one of the biggest compliments we can give to a song.

The single is out now via AWAL Recordings. 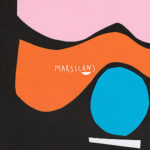 You may not think the north of England is a hotbed of sunny indie pop, but indeed it is, as Marsicans prove with their newest single. And while “Too Good” sounds like it originated on a beach in California, the catchiness and charm of this gem will win you over in short order. We have been fans of Marsicans for a while and shared their “Friends” single early this year. These guys create irresistible music that hits that sweet spot in your musical palate. It’s no wonder they’re in such high demand for summer festival season!

But where “Friends” was more upbeat, “Too Good” has a mellower vibe. You know that feeling of satisfied exhaustion you feel at the end of a festival? When you’re surrounded by friends on the final day and you glance around as the sun sets, trying to frame those moments in your mind – “Too Good” captures that perfectly. It won’t surprise us if Marsicans close out their sets during their current tour with this tune.

“Too Good” is available now from iTunes via LAB Records. 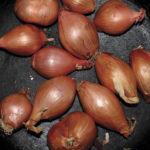 This has been a crazy, busy, whirlwind of a week. But in case you missed it, Ty Segall dropped a surprise EP yesterday. Fried Shallots is more than just a collection of six rockin’ new tracks; it’s music for a cause. Segall is donating 100% of proceeds from the sale of this album to the American Civil Liberties Union (ACLU).

If you’re keeping score, this is Segall’s third EP of 2017 – so far. Fried Shallots is the follow-up to his self-titled EP from January and his Sentimental Goblin EP from March. He is one of our favorite (and most prolific) artists, so there is a good chance he might surprise us with even more music before year’s end.

Many of us are discouraged by the ugliness of politics. The day after the U.S. election, Segall offered encouragement on his Facebook page with these positive thoughts: “In the face of doom, I still believe in people. This world can still be beautiful.” Indeed, there is good in this world, thanks to artists like Segall who makes music that benefits others.

You can buy your digital copy from his Bandcamp page, while pre-orders for the physical album are available via Drag City. It’s due August 25th. Ty Segall is currently on tour, with upcoming dates at Pickathon Festival in Oregon next weekend and in Europe the following week.