As we head into the final weeks of summer, it’s time to sit back and reminiscent about its first half, especially given how warm and humid it is in many parts of the world. So instead of blasting sweat-inducing number, the Saturday Sampler August 5th edition features nine songs that offer a reprieve from the heat. We kick things off with another single by one of the great bands on the planet. 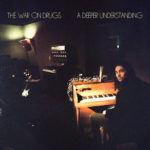 The War on Drugs is one of America’s very best bands, without question. At this point in their career, we find ourselves trying to find new ways of saying how moving their music is without repeating the same phrases we use every time they release a new song. They don’t make it easy. What they do make is richly rewarding music that speaks to your heart and soul. Adam Granduciel a wizard at melding dense layers of sound with captivating lyrics. Future generations will call him a leading voice of his generation just as Dylan was in the ’60s.

“Pain” further demonstrates the band’s ability to make heartache feel good. Its faintly psychedelic waves wash over you. Its melancholy tones bring comfort. There is boldness in the instrumentation yet the song, in true War on Drugs fashion, is still mellow. Everything we have heard from the band’s upcoming fourth LP, A Deeper Understanding, indicates it will be one of our top albums of 2017. “Pain” is sonic whiskey meant to be savored, with lyrics (“I resist what I cannot change / and I wanna find what can’t be found”) that are intimate and honest. It is devastatingly powerful. 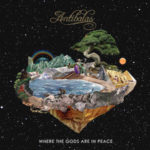 Put some fresh and funky grooves into your weekend courtesy of Brooklyn-based Afrobeat collective Antibalas. “Gold Rush,” the newest single from their upcoming Where the Gods Are in Peace album, is a nearly 11-minute explosion of pure rhythmic expression. This jam is jazzy, tribal, otherworldly, and just plain fun. The spirit of Fela Kuti looms large over this sonic odyssey.

Few bands on this planet mix African, Caribbean, and world music elements like Antibalas. “Gold Rush” is a rush to experience on multiple levels. You will be moved to dance when the delirium-inducing layers of congo drums and Mellotron mix with the hypnotic bass lines and brass. An epic horn battle starts to build around the 2:20 mark and continues its crescendo for two more minutes. It resumes again around the ninth minute and doesn’t reach its feverish conclusion until the last note. Trust us when we predict that the spirit will move you! The 15 members of Antibalas are quite simply a force of nature.

Daptone Records will release Where the Gods Are in Peace on September 15 with pre-orders from iTunes and Bandcamp. Their upcoming North American tour is underway now.

RIYL: The Raveonettes, FURS, The Jesus and Mary Chain

Forget about the Bermuda Triangle or the Stonehenge, one of the great mysteries is why veteran indie rockers The Duke Spirit continue to fly under the radar. Despite releasing four well-received albums, the London-based quartet have been overshadowed by the arrival of younger bands. The cycle has to eventually break, right? If it is to happen, their new single, “Houses”, will play a big part.

Like a cool shower on a hot summer’s day, “Houses” is a calm yet lavish refreshment of psychedelic pop. Frontwoman Liela Moss’ vocal is tantalizing, as a nervous edge lingers beneath her lush voice while she sings about waking up to an empty bed. Musically, The Duke Spirit have crafted a song that will ease the nerves and life one’s soul. It is one of those rare songs that one should set everything aside and bask in its neo-psychedelic radiance.

“Houses” is taken from The Duke Spirit’s forthcoming new album, Sky Is Mine. It arrives August 18th via Ex Voto Records, and pre-orders are available here. 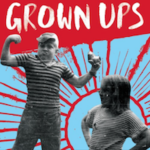 In November, The Extons released their debut single, “I Won’t Leave Lonely”, which strongly reminded us of Julian Casablancas’ solo work and, of course, his stuff with The Strokes. Instead of walking away from the comparisons, the English trio have fully embraced it. Well, their second single, “Grown Ups”, definitely indicates this.

Like the indie rock of the late ’90s and early ’00s, “Grown Ups” will not just stick in your head for days but have you dancing around the clock. It is a fiery yet melodic rocker that bursts with energy from the start. The power riffs are like lightning bolts while the awesome bass line and hammering percussion are the thunder. And like the perfect storm, the song is sight to behold. Or is it a noise that will ring in your ears for some time? Regardless of the cliché, The Extons have delivered another song that has piqued our interest. We’ll be watching these four young gents closely.

The single is out now on iTunes. The Extons are Will Barnes (vocals/guitar), Adam Harwood (lead guitar), Ciarán Liam (bass), and Peter Catlin (drums). 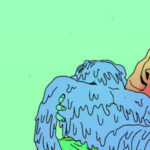 Shoegaze! We love shoegaze! There are some songs that we love more than others (hello Slowdive’s “Sugar For The Pill”) and some styles we’ll lean more towards. The key for us is that the song has to take us to an ethereal place, which Lazy Legs have achieved with their newest single, “Bed Head”.

The song screams cinematic. It deserves to be on the next IMAX film about space because the reverb-drenched guitars, the sparkling rhythms, and enchanting vocals are right out of the cosmos. Its effect is jaw-dropping and awe-inspiring, akin to watching a comet light up the sky or viewing footage of Voyageur’s passing of Jupiter. This tune is spectacular and the perfect track to allow us escape from reality.

Lazy Legs are Laura Wagner (vocals/bass) and Michael Tenzer (guitar/drums). The single follows the duo’s Chain of Pink EP, which they released in January. The EP and the “Bed Head” single are out on Bandcamp. 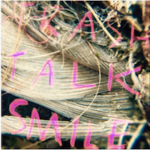 Forget Valentine’s Day, summer is the season when love truly blossoms. Couples young and old are holding hands as they walk along the beach and sharing an ice cream. New pairs can be seen gazing into each other’s eyes while sitting at a cafe or a restaurant patio. The heat from this time of year is not solely from the sun.

Not everyone, however, is fortunate to fall in love. For those who are seeking love or just observing the ritual from afar, Norwegian duo Misty Coast have crafted the perfect song with “Trash Talk Smile”. This delicate dream-pop number is a low-key but dazzling number. The music has the feel of the tropics with its hazy, summery, and breezy vibe. Linn Frøkedal, meanwhile, lulls us into a hypnotic stupor, as her stunning voice reaches the lushness of Hope Sandoval. The combination makes “Trash Talk Smile” the perfect companion to a summer’s night – regardless if you’re single or in a relationship.

The song is taken from the band’s forthcoming self-titled album, Heavy Head on a Body, which is expected next month. It will be released by four labels – Club AC30 (England), Old Flame Records (North America), Moorworks (Japan), and Brilliance Records (Norway).

The band consists of Linn Frøkedal and Richard Myklebust. 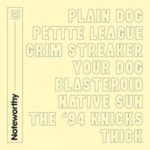 New York indie rockers Petite League just keep delivering the goods! We shared their “Sun Dogs” single in June, calling it “instantly addictive.” Now their “Reclusa” single from their upcoming Rips One Into the Night LP has been included on the Noteworthy 01 sampler from Glassnote Records. This collection features eight New York City-based bands, including many that we have featured. Petite League is a buzzworthy four-piece due to their infectious brand of high-energy, scuzzed-out indie garage rock. Their tight, jangly hooks give you a jolt of pure adrenaline, so keep “Reclusa” in heavy rotation on your summertime playlists.

Rips One Into the Night is out September 1st via the band’s own Scarier Dome label with pre-orders at Bandcamp. The Noteworthy 01 sampler is available now from these streaming/purchase links. 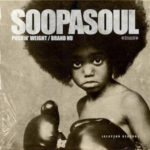 We can always count on the crew at Jalapeno Records to deliver some of the sweetest soul sounds on the planet. But this week we had the good fortune to discover a new tune that has a far funkier vibe. Needless to say, “Pushin’ Weight” from British artist Danny “Soopasoul” Bennett has us grooving from our heads to our happy dancin’ feet. This four-plus minute jam delivers refreshing (and highly addictive) old-school funk rhythms sure to add plenty of sizzle to your weekend plans.

When we say old-school, we’re not simply referring to the sound. Sure, the song is steeped in ’70s disco-funk that would make Nile Rodgers green with envy – but the real old-school magic here is the musicianship. Soopasoul’s music is fresh and live, not sampled or over-dubbed like some artists who are trying to replicate a retro sound using nothing but modern technology. This is the real deal. You’ll want to lose yourself in these beats. They’re vibrant and bold, with some of the smoothest saxophone work we’ve heard in a while.

This 7″ single also features his 2008 Northern Soul classic “Brand Nu” on the flip side. You can pre-order your copy at Bandcamp before its August 18th release date via Jalapeno Records.

RIYL: The Cure meets Explosions in the Sky 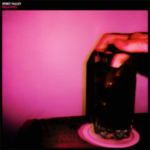 The sprawling, seven-plus minute “TNNLVSSN” from their new Negatives LP is so cinematic in scope that it belongs on a film score. The first half of the song offers jubilant swells akin to Explosions in the Sky. As the song progresses, you become further entranced by the ethereal tones that evoke dusty moonlit deserts. This blend of neo-gothic ambience reflects a time when the now Amsterdam-based Australian duo sojourned in Texas.

Following the release of their debut EP in 2013, Dave Tomlinson and Chris Stabback wandered the American southwest like musical nomads, eventually settling in Austin. There they immersed themselves in the psych rock scene for a while before relocating to Europe. Spirit Valley excel at creating gorgeous soundscapes that command your attention, as “TNNLVSSN” proves. It’s a lush treat for your senses.

Negatives is out now via Fuzz Club Records. You can get it here. 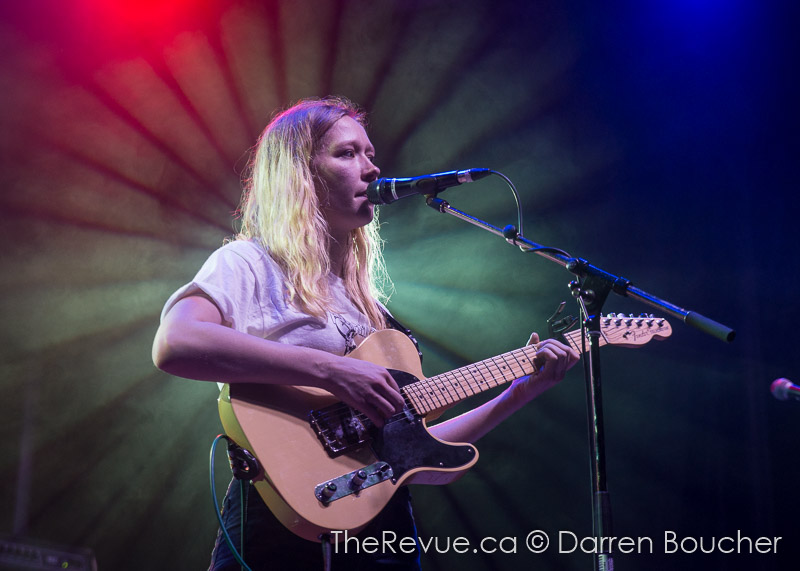