Around the world we go and where we stop is… The Matinee August 10th edition, of course! Just yesterday, Ben was watching The War on Drugs perform on Jimmy Kimmel Live, and we were pondering who could be the next indie band or artist to play on one of the late-night talk shows. Our mini-playlist today, as such, reflects who we think could follow in TWOD’s footsteps. Well, one of them has already been on one of these shows, but they’re on here because we love them. The other eight artists definitely have the goods to one day receive the adoration of Kimmel, Fallon, and Colbert. 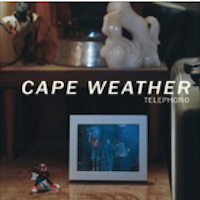 As much as we love sharing established artists, sometimes we discover a band so new that our jaws drop upon hearing their debut single. That’s what happened this week when we found Cape Weather. The California-based duo of Natalie Smith and Eric Jackowitz just delivered a groovy summer anthem in “Telephono.” Though it is a bit brief at just under two minutes in length, it is stunning.

“Telephono” has a soul-inspired foundation upon which Smith’s vocals soar. The old-school vintage vibes that Jackowitz creates are as authentic as anything on the Daptone label. This gives the song its East Coast flavor, which, combined with the sunny allure that Smith brings, makes for a delirious blend of jazz-infused bedroom pop.

Long-distance collaborations are a challenge for bands. But despite being separated by 300 miles (Jackowitz is based in Los Angeles while Smith is in the Bay Area), Cape Weather are undaunted. They plan to release a new song from their debut album every two weeks. We are excited to hear what comes next. 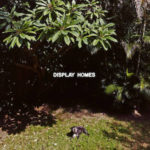 Pure, raw talent. That sums up emerging indie rock trio Display Homes. The Australian trio have been together less than a year, yet their tight sound rivals veteran bands. On their “Climate Change” debut single, your ears are treated to a hook-filled fusion of ’80s American punk/pop (think The B-52’s crossed with The Cars) tinged with echoes of late-’70s punk (Television). The result is jaw-droppingly impressive.

What hooks you from the start is the Television-esque guitar and percussion work on the long intro. Those first 42 seconds transport you to another time. Then frontwoman Steph launches into vocals that evoke both Wendy O. Williams and Kate Pierson. Talk about a double dose of vintage vibes! The way she punches the words “climate change” on the chorus will be stuck in your head for weeks.

“Climate Change” is one of the three songs the band recorded in April for their upcoming self-titled debut. Based on this first tune, it’s clear that Display Homes are a band to watch.

You can pre-order the EP from Bandcamp or Tough Love Records ahead of its September 22nd release date.

Gold Class – “Get Yours” (Melbourne, Australia) 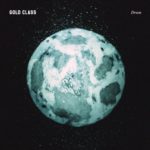 Start with driving percussion. Add in blazing guitars, then vocals straight out of the ’80s-era New Wave scene. What you end up with is a scorching new single from Australian indie rockers Gold Class. You’ll also get chills as this banger of a tune grabs hold of you and doesn’t let go.

Their newest single, “Get Yours”, launches with rocket-like precision from the first notes. Strap in, because the force of this song will blow your hair back. The dark tones of Joy Division and Interpol weave through the bass line, while the vocals from frontman Adam Curley make you wonder if he is channeling Ian Curtis. But this song is not derivative of music from another era. Despite its dark roots, “Get Yours” has a very modern sound. If this is the future of indie post-punk, we are happy to let Gold Class lead the way.

The band’s sophomore record, Drum, is out August 18th via Felte Records. You can pre-order it from Bandcamp.

Quick: name some indie rock bands fronted by seriously badass women. Does L.A. Witch rank in the top five? If not, they should, and their new “Drive Your Car” single is all the proof you need. The trio of Sanade Sanchez, Irita Pai, and Ellie English wield their instruments like warriors on the prowl as they blaze a path of punk fury through the streets of Los Angeles.

To call this song “scorching” is an understatement. It’s a raucous, hell-raising blend of fuzzed-out guitars and bass that rattles your chest cavity. The song’s powerhouse percussion further bludgeons you into submission, leaving you gasping for air and mercy. “Drive Your Car” is so hypnotic that it becomes instantly addictive, so you have no choice but to keep hitting repeat to get your next fix of their fierce hooks. You might be able to utter a faint “Damn!” when the song ends, but chances are you’ll be too breathless to even say that much. This is the level of badass rock awesomeness that awaits you on this tune. Crank it up accordingly.

Look for their self-titled album when it arrives September 8th via Suicide Squeeze Records. Pre-orders are from the label and Bandcamp.

We just cannot get enough of Marlon Williams these days, and he’s been reciprocating the love (well, to fans and not just us). Twelve days ago, he put on one of the most memorable sets at Newport Folk Festival, and earlier this week he released a brand new song that will get you ready for Halloween.

Like the grocery stores, Williams is getting a head start on everyone’s favorite costume party. While “Vampire Again” has some creepy tinges with its bluesy, cinematic folk approach, the song is fun and witty, and it is filled with delightful lyrical gems that will occupy your mind for days. Take for instance, this little tidbit:

“I can smell you from a thousand yards,
Fresh white linen.
Felt like only yesterday I was as wicked as Woody Allen.
Now I stand as proud and tall as the hall you were born.”

Then there is the video for the song, which is quite amusing. The latter half, in particular, is hilarious, and the scenes are right out of the playbooks of Lauren & Hardy. The video to this immensely entertaining song is available here.

The single is out now via Dead Oceans. Williams is finishing up his North America, but he still has a handful of dates remaining. Afterwards, he will be heading back to New Zealand and Australia in November. Tour dates can be found here.

Neneh Cherry made a career of writing music about the plight of England’s youth and their struggles to be heard. While many similar artists have passed by, we may finally found her successor in Mina Rose.

The young Londoner has quietly established a solid following, and her new single reveals why thousands of people, including her lifelong hero Tricky, are massive fans. Like these aforementioned stars of the ’90s, Rose has delivered a smart, gritty new single in “Lemons and Limes”. Musically, the song is tantalizingly haunting and creepy, as the production work is deliberately slow and menacing. Rose’s lyrics, however, are the stars, as she showcases the lyrical prowess of Kendrick Lamar without the swearing. The focus of her lyrical attack isn’t anyone in particular but all of us and our obsession with celebrities and fame.

It’s a clever little tune by a young woman who is on the verge of taking the world by storm. And one day, whether she is ready for it or not, she’ll be the envy of millions of people. We think, however, she’ll take it all in and use her own celebrity to continue to promote positive social change.

The National – “Carin at the Liquor Store” (Brooklyn, USA)

Each new single from The National‘s upcoming Sleep Well Beast album makes us sigh. We marvel at the delicate delivery in which Matt Berninger half-growls and half-whispers his lyrics. We get chills at the understated nuance in the instrumentation the Dessner and Devendorf brothers provide. Loving this band is not unlike having an addiction: each song makes you want more of what you can’t have. But the wait end next month when the Ohio natives release their seventh studio LP.

“Carin at the Liquor Store” is a gently brooding lullaby, this band’s forte. It’s introspective without becoming sad. As you peel back each layer of lyrics (“It’s gonna be different after tonight / You’re gonna see me in a different light”), you wonder if the song is about Berninger’s wife, Carin Besser, or merely a fictional tale of a guy looking in on someone else’s life. Either way, it is, as Berninger sings on the chorus in his distinctive melancholy baritone, “a foregone conclusion” that fans will love it. Enjoy this one with a full-bodied cabernet as you count down the days until the new album arrives.

By now, fans of Slothrust know that the trio of Leah Wellbaum (vocals/guitar), Kyle Bann (bass), and Will Gorin (drums) have a thing for comparing people and experiences with animals. Sometimes the allegorical references are witty while other times they perfectly represent the foreboding situation articulated in their songs. In the case of their newest single, “Miking The Snake”, which is a B-side to their tremendous 2016 album Everyone Else, falls somewhere in between.

Musically, the song is a scorcher, reminiscent of the heavy, temple-pounding, doom-rock music of the ’70s. At first, a Black Sabbath vibe tremors throughout before it turns into a very Slothrust-like, unrelenting rocker. The guitar work in the second half of the song is outstanding, where Wellbaum unleashes her inner Tommy Iommi and Slash. This section alone will have people immediately take notice of her talents as a guitar god.

Her lyrics, too, are eye-popping. Actually, they are humorous, engaging, and smart, as her biting approach (pun not intended) is akin to the fanatical brilliance of King Gizzard and The Lizard Wizard’s Stu Mackenzie. As such, the song is a bit of fantasy, but one cannot help to think this slithering entity is someone real. If this is the case, remind us to never get on Wellbaum’s bad side.

This song as well as Everyone Else are available via Dangerbird Records.

Lately, the music world has witnessed an explosion in young, female singer-songwriters. We’re not talking twentysomethings but women who are barely old enough to legally vote or even obtain a driver’s license. This isn’t a bad development at all because, to be quite frank, these young artists are writing music that is not just well beyond their years but better than the vast majority of other singers and bands. This pattern started with Lorde four years ago, but it picked up over the past 2 years as Marika Hackman, Billie Eilish, Maggie Rogers, Phoebe Bridgers, and many others burst on the scene. The next one to join this exclusive group is Vivienne Chi.

The Bristol-born singer-songwriter has been involved in music since she was 8 years old and penned her first song at 11. After a brief time in Spain, she relocated to London a year ago at the age of 18 and her career has taken off. Her first single, “Vivienne”, was a dark-pop gem in the mold of Portishead. Her newest single, “JUNK”, sees her head in an alt-pop direction and deliver a song that will have you saying, “Wow!”

The song is one of the most beautiful anthems of the year. “JUNK” is simultaneously lush yet heart-racing, and it is one of those rare songs that will move you physically and emotionally. The instrumentation starts off like a lullaby but then builds into a lively and bombastic orchestra. Chi’s voice is stunning and intimate, guiding us into her world where everyone acts like themselves and celebrates their individuality. As she sings, “Dance, dance baby / Ooh, move how you will”, we have no choice but to obey and bask in the glory of this future star. 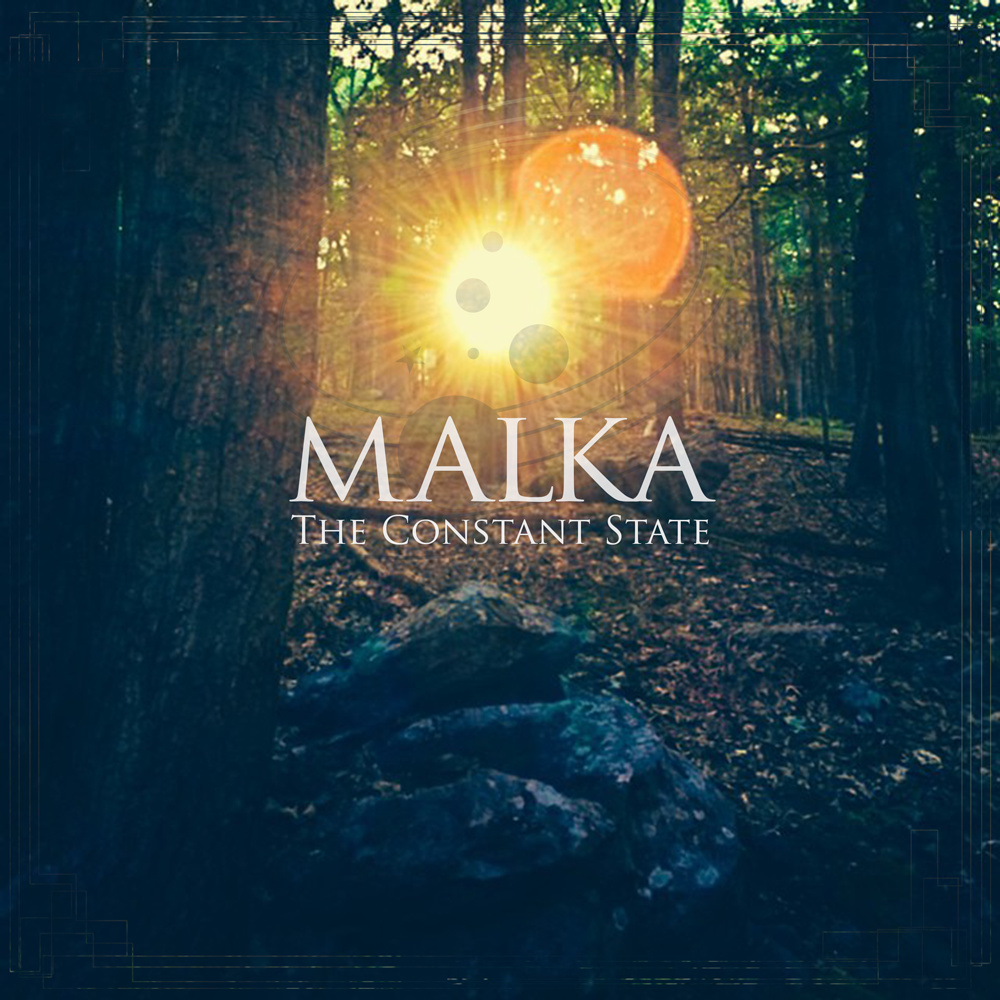 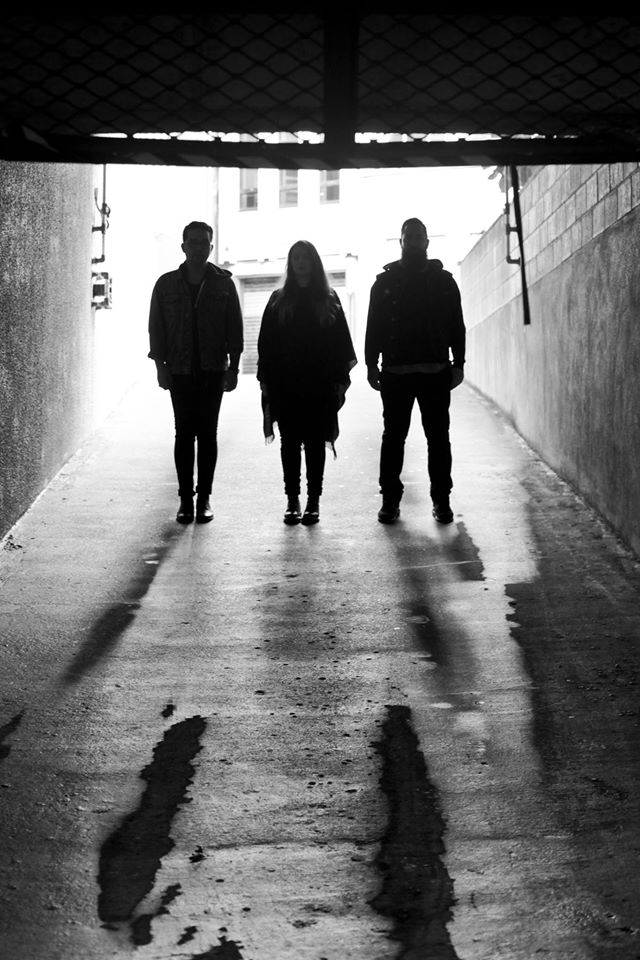