The Matinee August 15th will hopefully get you focused on the tasks at hand. Who are we kidding. The ten songs will have you contemplating the events of the world, reflect on your past, and mostly entertain you. As you listen to each song, hopefully you’ll fall head over heels for the artists and bands like we have. We kick things off on a sobering but important note.

Crys Matthews – “We Must Be Free” (Herndon, VA via Richlands, NC, USA) 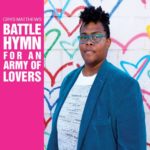 Last weekend’s events in Charlottesville, Virginia continue to reverberate around the world. It was the tip of the iceberg, where this one event represented sixty years of progress being wiped out in a span of just 9 months. The actions and the rhetoric have never reached such irrational heights, and the man known as the President of the United States of America is helping to perpetuate the fear, hate, and divisions. Fortunately, the resistance is strong, and artists around the world are aiding the response. One song, in particular, defines not just the past few days but this entire era. That song is “We Must Be Free” by singer-songwriter Crys Matthews.

Adopting a gospel-folk approach reminiscent of Mavis Staples and Ruthie Foster, Matthews has crafted a number that will touch the hearts and minds of all those who believe in equality of all. To all those who have and continue to fight for life, liberty, and the pursuit of happiness.  Three lines in the song, in particular, could be our shared mantra:

But another line reflects the current reality, “Tell me why it feels like 1968 all over again?” When seeing a group of white men brandishing Nazi flags, adorning KKK outfits, and undertaking a night-time march with torches in hand, it definitely feels like we are stuck in the past. Fortunately, in artists like Matthews, we will not allow hate to win.

Last month, Dutch quartet DAKOTA made not one but two loud statements when they released their double-A side single (via Manimal Vinyl Records). The two songs showcased a band on the verge of something immensely special with their tantalizing take on indie rock. While we could have focused on just one of the songs, both deserve to be heard and mentioned.

The first is “Wanderlust”, a lush track that drips with the sensuality of London Grammar while pulsating with the hypnotic vibes of The xx. The crystalline guitar and the ravishing harmonies are intoxicating, where you want to plunge headfirst into DAKOTA’s dreamy delirium. Meanwhile, “Silver Tongue” is simultaneously edgy, gritty, and stunning. The opening notes sound like the beginning of a My Morning Jacket number (specifically “Off The Record”) before the band reins in the song and transforms it into a late-night reflection. It is dazzling in its delivery and engrossing in its execution, making this the perfect tune to spin while cruising the city’s deserted streets at 3 in the morning.

It’s been 18 months since we’ve heard from  Francis. In February 2016, they released their EP, Marathon, which comprised of four songs made for the movies and has us thinking about Roxette. The Swedish dream-pop quintet’s latest single does have us revising our opinions about them, but in a good way.

“Swing” is another gorgeous indie-pop number. But instead of the boisterous, ’90s-inspired pop explosions heard on Marathon, Francis have opted for the smooth, surf-pop vibes of California. The jangly guitar riffs are cool and refreshing, much like the ocean breeze that smothers us on a hot summer’s day. Frontwoman Petra Mases’ vocal is the definition of lavishing, as her angelic delivery recalls a moment of escapism with the one she loved. While the song is full of memory, it is the perfect addition to one last road-trip playlist, and a tune that could be the soundtrack to your summer memories.

The single is out now via super boutique label Strangers Candy.

It is often said that imitation is the best form of flattery, but what about being compared to one of indie music’s all-time greats? In our opinion when a song like “Severed Seams” evokes thoughts of Fleet Foxes, a band is on the verge of greatness. Such is the case for North Carolina four-piece Happy Abandon.

The opening two-and-a-half minutes are jaw-dropping. The starts off softly, almost like a whisper, before the lush and exquisite harmonies arrive. Time seems to cease at this moment, and we’re left suspended within Happy Abandon’s aural brilliance. But instead of keeping us stationary, the band does something unexpected. They accelerate the pace, heighten the drama, and turn the number into a euphoric piece of Americana. Suddenly we’re left dancing and jumping in jubilation, yet we’re still left captivated by the band’s textured dream. It’s an absolutely wonderful piece of cinema.

“Severed Seams” is taken from Happy Abandon’s forthcoming new album, Facepaint. It sees the light of day on August 25th via Schoolkids Records.

Happy Hollows are music’s equivalent to Thomas the Tank Engine. They are the little big band that could do anything. Whether it’s bombastic indie pop to roaring indie rock, they’ve long mesmerized fans across the world, including ourselves. Just to prove they aren’t ready to be labeled within a single genre, they release a song that is beyond categorization.

“Meteors” is a “wow” moment. The song is a bit of everything. It bursts with the gritty, disco-punk of Blondie and the cosmic dance-punk It’s Blitz-era Yeah Yeah Yeahs. The searing synth-rock pulsations of Depeche Mode also echo throughout this awesome number. As a result, we’re left dancing, incessantly thrashing our heads, and stretching our arms wide to bask under Happy Hollows’ radiance. Then there is Sarah Negahdari’s voice and gritty delivery, which are akin to one Karen O. Like the Yeah Yeah Yeah’s frontwoman, Negahdari’s presence can be felt throughout the song. She’s one of music’s most underrated front persons, but this will change very soon.

Mark September 8th down on your calendars because that’s when Happy Hollows’ new album, Concordia, arrives. Pre-order it on Bandcamp.

Sometimes we need a song that does one thing – make us smile. Encouraging a few shoulder shimmies also elevates the experience. Providing the elixir to our troubles are Holy Family, the indie pop-rock band who have settled in Montreal after calling Gothenburg home.

After blowing us away with the meticulous epic “Empty Gestures” and the hook-filled “There Completely”, single three is more delicious goodness. Before pressing play, warm up your facial muscles, stretch up your back, and shake off the rust in your shoulders, arms, and legs. That is because “Erratic” will have you unexpectedly dancing or at least bopping in your seat. The warm melody and shimmering synths are cool and sensual while the rhythms and production work are groovy and intoxicating. Together, they form a song that is enticing on the ears, calming on the mind, and exhilarating on the body. The lyrics, too, are uplifting. At first, the song recounts the struggles of a person coming out of her shell, but in the end she has cast away her troubles and find her peace. Isn’t that worth a smile?

“Erratic” is from the band’s new album, Values. IT will be released August 25th via Royal Mountain Records (CAN) and Melodic Records (UK). Pre-order it here.

Slow but steady is the mantra that London dream-pop outfit Lazy Day have abide by in their nearly three years of existence. In this time, they’ve released a total of four singles, including the lush “Disappear” and the sparkling “With My Mind”. Well, it seems like the band has quickened their pace, as debut EP, Ribbons, arrives September 15th via Lost Map. It is unknown whether the record contains all new songs or is filled with their previous singles, but there will be at least one new tune, which is as fabulous as everything they’ve shared to date.

“Hiccup” is a little dazzler of an indie-rock tune. It’s edgier and grittier than their previous efforts with the guitars, bass, and drums amped up a few notches. The band, however, haven’t exactly eliminated their dreamy approach. They’ve just added some attitude to their sound to keep us on our toes and prove they can simultaneously steal our collective breaths while make us nod our heads in approval. What makes the song, though, is frontwoman Tilly Scantlebury’s Debbie Harry-esque style. The smokiness in her voice is intoxicating, and the little exaggeration in her delivery is seductive. As she sings about the one who got away, we’re left pondering how anyone could leave behind a person with such a tantalizing voice.

For those in the UK, you will get to experience Lazy Day’s seductiveness next month when the band heads out on their first nationwide tour. It kicks off in Guildford on September 18th and lasts 13 days. Tour dates are here.

RIYL: Blur, Echo and The Bunnymen, The Strokes

Most of us have felt like a fortunate loser at least once in our lives. You know those times when you’re trying to make ends meet from paycheck to paycheck, and your vehicle is a relic of the 1990s or even older. These times, however, are often filled with great moments and for some may have been their best years because we didn’t have much to lose nor a care in the world. Giving us a song that recalls our youth (or reflects our current predicament) are SHINERS, who are indie-rock time machines.

“Just Got Paid” is one amusing ride. The quartet of Jamie Delaney, Lenny Rout, Rory O’Connor, and Johnny Vox channel their inner Blur to create a song that recalls 1990s Brit-pop-rock, buzzing with catchy hooks and some awesome keyboard work. It’s the storytelling, however, that stands out, as the song is filled with awesome lines. Who hasn’t had this experience:

“Sitting in a sportscar outside the leisure centre.
It’s fifteen years old but it’s still has a good motor.
Only 19,000 on the clock.”

Or what about being the world’s worst accountant?

“I just got paid.
It’s not enough but I still have a lot.
It’s got to last a month,
But it will go by the end of the day.”

This song is awesome. Thanks SHINERS for bringing back some sobering memories.

Hello Worst Place!!! Where have you been hiding all our lives? OK, the four-piece from London are just getting their music career started, but this world could use more bands creating some delicious guitar-pop that makes us feel young again. Bands who songs make us feel we can take on all the problems of the world and overcome them. This is exactly what Worst Place have done with their new single, “Dreamer”.

Taking a page out of Alvvays’ playbook, the band have crafted an uplifting, bubbly number that will stick in your head for days if not weeks. The melody is perfectly addictive, and the shimmering guitars are intoxicating. Lyrically, the song is wonderful and perfect for these times. The band don’t shy away from who or what they are – they are dreamers trying to change the world one song at a time. In the process, they’re making us believe that better times are indeed ahead. That our dreams can come true, or at least it’s o.k. to dream big and better things. If the band continues to make such lavish music, we’ll have to start saying, “In Worst Place we trust” (it’s better than the motto, “Worst Place if first place in our hearts).

Art Is Hard Records has the privilege of releasing the single. 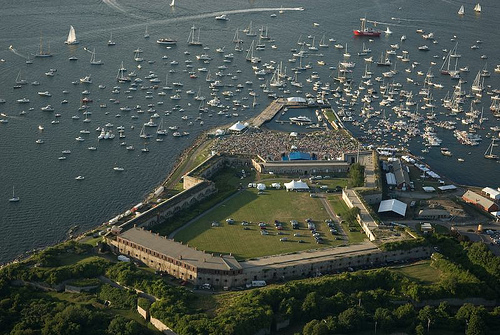 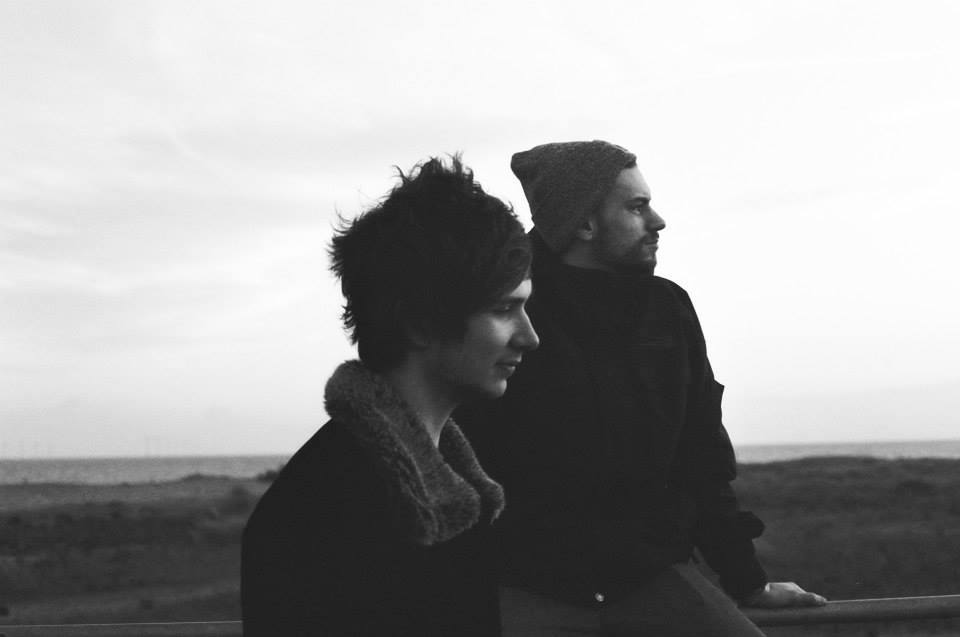