The Matinee August 17th edition features nine songs to delight your senses – and some will bring you to your knees. You’ll want to dance and shimmy your shoulders, rock out, and even laugh out loud at times. So sit back and enjoy these new music treats. The first one, though, requires you to be sitting down with the tissues near by.

Two years ago, Julien Baker stole the collective breaths of the music industry with her delicate and startling debut album, Sprained Ankle. It was an exercise in minimalist and patient songwriting, yet despite its deliberate approach the album was one of the most powerful of the year. It’s been long anticipated that her sophomore LP would be released in the autumn, and the unexpected released of “Appointments”, which dropped in the wee hours of the morning, is the first indication that it’s around the corner.

Like when she first arrived as a teenager, Baker has released an incredibly stunning number that sees the Memphis-based artist go a little bit more widescreen. A splendid piano melody accompanies Baker’s trademark, dissonant guitar, but it is her voice that steals the show. Fuller and more powerful than when she first arrived, her voice is vulnerable and devastating in its delivery, as each note is like a teardrop falling from Baker’s mournful storyline. We dare you to not shed a tear when hearing “Appointments”, which will go done as one of the best of the year – that is until Baker shares another song.

Baker’s sophomore album, Turn Out The Lights, will be released October 27ths via Matador Records.

The song is also available on Spotify should you not have a SoundCloud Go account.

Baker has commenced a short summer tour and has a handful of festival dates in September. Her headlining tour commences October 12th and goes right until Christmas. Find dates and ticket information here.

Despite the music scene in Canada’s capital growing and expanding, Ottawa has been in a bit of slump when it comes to breakthrough artists. Sure, a few have found global success (like Arcade Fire and METZ) while Kathleen Edwards and Jim Bryson have done well within Canada. However, the last homegrown superstar was Alanis Morissette (although a nod to A Tribe Called Red). Could synth-pop band The Beautiful Ghosts break the streak?

The project of multi-instrumentalist Butch Gerald and vocalists Catherine Sugrue and Alisha Everett, The Beautiful Ghosts are just two weeks away from releasing their self-titled debut album (August 25th to be exact). To give us a taste of what to expect, the trio have released “Atomic Disco”, a sugary earworm of a tune. The song is akin to the shimmering electronic tonics of Young Galaxy, where the sweet harmonies and smooth melodies melt through your skin and warm your soul. Gerald’s production work is intricate, as all the various textures perfectly complement each other and no single element dominates nor seems out of place.

Are they the next big thing from the nation’s capital? We think so. As such, don’t be surprised to see The Beautiful Ghosts playing Bluesfest in 2018, though we expect Paul Symes and the Blacksheep Inn to invite them to play a gig or two before then.

Everyone likes to ride the carousel every so often or be spun around in the rotating giant swings at amusement parks and carnivals. For a few minutes, exhilaration and a sense of true freedom overcomes you. These feelings are similarly experienced on The Boxing‘s brand new single, “Tame”. The song is literally a joyous ride.

From the effortless vocals to the hazy, floating melody to the reverb-drenched guitars, the song epitomizes modern psychedelia. It leaves you feeling on top of the world, all the while spinning your head to the band’s cosmic orchestration in an underground club in Manchester. Not many bands are able to create this wonderful dichotomy of feelings, putting The Boxing in some choice company alongside Pink Floyd and The Doors. 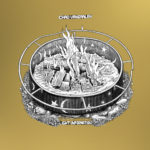 Just when you think The Wizard has done it all, Chad VanGaalen comes up with a whole new set of tricks. For his new single, “Mind Hijacker’s Curse”, he’s added an analogue synthesizer (which features prominently in the song), and the byproduct is something absolutely stupendous. It is literally a mind-blowing, jaw-dropping masterpiece.

From start to finish, this disco-rocker is pure ecstasy. Waves of synths, tingling guitar riffs, and probing bass lines overwhelm us, but we want to be immersed in this tidal wave of glorious sound. VanGaalen’s unique and urgent vocals heighten the delirium of the song. But what really grabs you is the story of a woman (or a being from a faraway planet) lost somewhere in the galaxy, floating alone far away from everything. “She’s got nobody / She’s got no place where she belongs”, sings VanGaalen. While this person is fictional, she could very well be us. Only The Wizard could craft a song that makes us lose our shit while making us feel like the song is about us.

VanGaalen’s new album, Light Information, lands on Earth on September 8th. Flemish Eye (Canada) and Sub Pop (world) have the honors of releasing it. Pre-order the LP at the FE store, Sub Pop store, iTunes, and Bandcamp (Canada / rest of the world). Needless to say, we are highly anticipating this album.

For an unknown reason, Austin’s A Giant Dog remain one of indie rock’s most underappreciated and underrated bands. Maybe it’s because they’re unpredictable and refrain from following the pack. Or maybe the rest of the music world is just too absorbed listening to music in other genres. Either way, people are missing out on one of the great rock bands of the decade.

Their fortunes could change very soon when their new album, Toy, is released. Offering a sampling of what to expect, the quintet have open the gates to “Roller Coaster”, and what a ride it is. Commencing as a slow rocker, the song builds gradually, and, like the first ascent up the popular amusement park ride, anticipation grows. Then the stomach-churning freefall happens with the loops and twists following. At this point, the guitars get grimier, the duo vocals of Sabrina Ellis and Andrew Cashen get more urgent, and the rhythms become more intense. The rage in the song reflects the story of a person teetering on the edge and whose life is in shambles. It’s a startling message but an important one. Like we said, this band is unpredictable, which is why we are fans.

Toy gets unwrapped on August 25th. Merge Records will release it, and pre-orders are from the label’s online store.

Makthaverskan – “In My Dreams” (Gothenburg, Sweden)

That sound you hear is champagne bottles being uncorked as one of Sweden’s great indie bands has returned after a short break. For the better part of a decade, Makthaverskan have established themselves as one of Scandinavia’s great post-punk / indie-rock bands. Their live shows alone have made them underground legends. Their return, though, is a surprise and a very big one at that.

With “In My Dreams”, the four-piece infuse a more melodic and jangly psychedelic-pop sound into their frenetic post-punk. The result is a song that is absolutely stupendous. The relentless energy of their past remains, but instead of busting our heads against invisible walls, we’re left bopping, dancing, and jumping in jubilation. We’re also left swimming inside frontwoman Maja Milner’s infectious vocals as she sings to us about a better life away from today’s chaos. For us, we get to enjoy a few moments of escapism with one of the great bands of the decade.

Sometimes we wish we could go back in time to simpler days. It’s hard to imagine that some things in the ’80s (or even in the ’60s) were better than what we have now. Well, we don’t have a Dr. Emmett Brown or a time-traveling DeLorean, but what we do have are artists like Leeni Ramadan and her band Prom Queen.

One of the Pacific Northwest’s hidden gems, Prom Queen have been not only re-creating the music of the ’50s and ’60s but also re-introducing the fashion of the eras. On stage, Ramadan is often not the only one sporting a vintage dress or a beehive hairstyle. Bandmates Ben Von Wildenhaus, Tom Meyers, and Jason Goessl, too, are decked out in their Sunday best. Their chemistry is priceless, and it plays an important part in the band’s music. Their new single “End Of The World” provides all the evidence of this you need.

The song is doo-wop perfection. It’s a lush ballad that will make you think of sunnier days and romantic moments with a loved one. The instrumentation is terrific, and they could be the Everly Brothers’ backing band. Ramadan’s voice, meanwhile, is stunning, possessing the same warmth as Shirley Owens (of The Shirelles) and the radiant tones of Greta Morgan (a.k.a. Springtime Carnivore). If the world was ending today, this would be the perfect song to hear with your partner’s hand in yours as all your worries wash away.

“The End Of The World” is the lead single from the band’s third album, Doom-Wop, which comes out September 22nd.

With a name like Sophisticated Dingo, you kind of know what to expect – a band with a nonchalant attitude making some awesome garage rock. Lo and behold, that’s exactly what Jimmy and Lew are doing, the duo from Melbourne who prefer to wear some really bad dingo masks while performing. Unorthodox fashion statements aside, the two longtime friends are channeling their American cousins like Wavves and Fidlar to create music that is unpretentious, rocking, and, most importantly, fun. These traits are all revealed on their new single, “Head Talk”.

“Head Talk” is just a straightforward garage-rocker, but it’s awesome. The feverish guitar licks, the hammering drums, and the cool melodies are right out of Wavves’ playbook. It’s the songwriting that makes the song a standout, as the band is highly introspective about the mistakes they’ve made and how they alienated their family and friends. They do this with some self-deprecating humor, too, as they ask, “What the fuck is wrong with me?” Adding to the impressive nature of the young band’s songwriting is that there is very little repetition in the song. If only more bands followed Sophisticated Dingo’s approach (although maybe not their fashion sense).

We’ve come to the end of our mini-playlist, and the caboose of our new music train features a song from one of our favorite groups. Just a year since releasing their dreamy debut album, Yoncalla, New Zealand quartet Yumi Zouma‘s sophomore album is just around the corner. The first single from Willowbank was the bedroom-pop gem “December”. This second song shares the same intimacy but the locale is different.

With “Depths (Pt. 1)”, Yumi Zouma take the party from the bedroom and into a high-end Paris nightclub. Through the tingling, dissonant guitar riffs, the ’70s-esque disco-pop beats, and the hush harmonies, the song oozes sensuality. It is sexy, groovy, and oh so blissful. All you will want to do is find your partner and slowly dance the night away. Like they used to say in the ’70s, this is baby-making music (although the lyrics are more serious than just about a night out).

Willowbank is due October 6 from Cascine. It can be can be pre-ordered on Bandcamp. The band heads out on a brief North American tour staring October 18th in Los Angeles. Details can be found here. 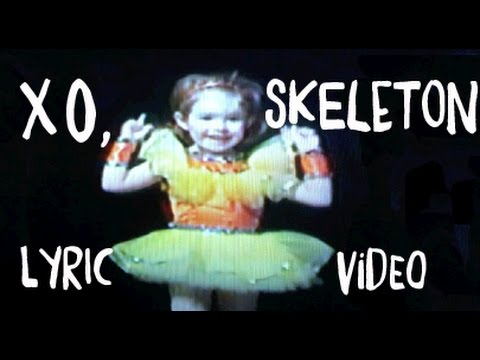