As usual, there is a bit of everything on our daily playlists, and The Matinee August 18th edition is no exception. One thing we always search for are songs that not only sound great but have a personal message or captivating story to tell. Substance over style as they say, but it’s great when a song has both. Well, all nine songs below do have these traits and then some.

Only two more weeks until Alvvays‘ highly-anticipated, sophomore album, Antisocialites arrives for everyone to hear. They’ve released two songs already – the rapturous “In Undertow” and the elegantly dreamy “Dreams Tonite” – and each revealed a band evolving as musicians and songwriters. The latest single from the album is another step in the band’s transformation and away from the bedroom indie-pop of their debut.

“Plimsoll Punks” is a revelation, not just in terms of what Alvvays are becoming but also with respect to how refreshing and different it is compared to the usual fare. While the jangly, guitar-pop fare of their past still is the dominant approach, an edgy, post-punk undercurrent sweeps across the track to give Toronto-based quartet’s swimmingly delicious melodies some added bite. Molly Rankin’s voice is also more assertive and even aggressive, which perfectly complements her critique of the wannabe popular people who put others down so that they can feel mighty. In their own pleasant way, Alvvays are giving two big middle fingers to the pretenders and bandwagon jumpers while offering an anthem for all of us “little people”.

Antisocialites arrives on September 1st via Royal Mountain Records (CAN), Polyvinyl Records (US), and Transgressive Records (UK) with pre-orders here. The band will kick off their tour August 5th in Chicago at Lollapalooza Festival.

Crush Hour are a band from Sydney, Australia and they are creating some laid back indie rock. “Starting Again” according to their Facebook page is about the realities of getting a job instead of spending more time writing and recording music. It’s also about friends that seem to be less than interested in the newest release.

All we know for sure is that “Starting Again” is a pretty sweet track and we are loving the throwback vibe with the addition of synthetic keys reminiscent of 80s electronica perfectly mixed with aid black surf rock.

Geowulf – “Drink Too Much” (London, England via Sunshine Coast, Australia)

Someone within the music industry needs to develop a phrase that is equivalent to “never judge a book by its cover” because a lot of songs are more than what they appear on the surface. A political song could be disguised as a five-alarm, fiery rocker. An unforgettable yet scarring childhood memory may be masked as a euphoric, psychedelic experience. In the case of Geowulf‘s new single, the spellbinding electro, dream-pop vibe hides a frighteningly real confession.

The first thing that is noticed on “Drink Too Much” is the dazzling, dreamy production work and melody, which sweeps you off your feet and makes you feel like you’re gliding through the clouds. This is escapism at its exhilarating best, and an experience that could last for hours. But beneath the song’s stunning sheen is a story of weakness and vulnerability. It is a tale of a woman whose escapism is found in alcohol, which then allows her to do things she otherwise wouldn’t do. The song is wonderful on the ears, but it is an awakening on the mind. It is reminder of our own limitations as well as a subtle nudge to always look out for our friends.

Geowulf are Star Kendrick and Toma Banjanin. The song is out now on 37 Adventures.

hd hausmann have released another introspective single titled “of tiredness of sleep”.  The newest single from Liam Palmer and company who usually stick with an acoustic based sound have branched out a bit and included some synthetic strings throughout this enigmatic track.

The result is a captivating song that flows into the experimental realm as far as the overall sound goes. With each new release h.d. hausmann produce lyrics that definitely make one attempt to interpret the motive and meaning behind each song. The beginning of the track proclaims: “of tiredness of sleep and of waking dreamless / lie low fallen days / non-complicated colours in eye lines lead us / don’t slip away / yes don’t slip away / as the footsteps separate / are forever unwinding”

Get up out of your seat. Loosen up all your limbs. Make sure you’re wearing comfortable clothing. Now hit play to HEARTSREVOLUTION‘s adrenaline-rush of a new single, “Pop Heart”. We’ll use a phrase that we haven’t used in a little – this song is awesome.

Fiery, fierce, and anthemic, the New York City noise-pop trio have delivered the week’s most emphatic number. The synths erupt with the energy of a rocket propelling into space, and the percussion work is militaristic in its intensity. Then there is frontwoman Lo Safai’s addictive vocal, which rapidly fires out phrases with a machine gun execution. Her lyrics are eye-opening, as she takes on consumerism and people’s preoccupations with image, popularity, and social media. The song is just a microcosm of the band’s warfare against everything that is pretentious and lacking substance and their revolution to spread love, hope, and happiness.

More of HEARTSREVOLUTION’s “revolution” can be found on their super-cool, interactive Heartschallenger website. If you’re more interested in the music, “Pop Heart” is taken from the band’s new EP, Revolution Rising, which is out today on cassette via the one and only Burger Records.

A month ago, we were swept away by the majesty of Lenore., the dark, dream-folk outfit from Portland, Oregon. “Sharp Spine” was an awe-inspiring, inspirational song that gave us a hint of their abilities. As good as that song was, their latest single is even more marvelous, even more inspiring.

But first, sit down, relax, and shut your eyes because this is the only way to experience the enchantment that is “Ether’s Arms”. Joy Pearson and Rebecca Marie Miller’s harmonies are exquisite. Their vocals are haunting and wistful yet breathtaking. The orchestration is highlighted by the yearning cello and violin that further add to the song’s mystique. Then listen to the words that Pearson and Miller have to say; if you’re a Game of Thrones fan, this song could be Brandon Stark’s lament:

“So lay me under the ancient tree
Let the roots and the branches devour me
Deep and lovely, safe from harm
Back into the Ether’s Arms.”

The song is from the quartet’s forthcoming self-titled debut album. It arrives September 15th.

Nelson Can – “Break Down Your Walls” (Copenhagen, Denmark)

If we were to write our list of favorite discoveries of 2017, Danish band Nelson Can would be near the very top. The trio of Selina Gin (vocals), Maria Juntunen (drums), and Signe SigneSigne (bass) have been around for five years, but it was only this year where we finally spotted them on our radar. Better late than never, right? Further fueling our love affair is their new single, “Break Down Your Walls”, which is a slice of spine-tingling, dark pop-rock perfection.

The song’s haunting and raw arcs are titillating, as Maria’s stark drumming and Signe’s crippling bass line probe like torches breaking through the moonless night’s silence. The two set the pace for the song and its beautifully menacing tone. Selina’s vocal, meanwhile, is lovingly hushed and smokey, yet an urgency resonates in each word she utters. It is the voice of a desperate woman who is not willing to give up on her partner. Not allowing her companion to give into the darkness that has engulfed them. For us, we’ll always succumb to Nelson Can’s allure.

Those in the Netherlands and Denmark can submit to their enchanting sound soon, as the trio will head out on a mini-tour. Their first date is September 23rd, where they’ll be at Ekko in Utrecht. They’ll then play a handful of gigs in Denmark in October. Tour dates are available here.

Nona is the project of Michael Goldman who is a super talented musician (Chasing Kings, Goldroom, The Moth & The Flame) who is branching out and creating something on his own without compromise.

“Fathers Day” is Nona’s most recent release and it has a dreamy throwback surf-rock vibe along with meaningful lyrics.  The lyrical content captures the realization that no matter what your upbringing may have been or what has been reinforced your entire life, you truly know yourself best.

Mr. Goldman shares a bit about his newest release: “When writing my new single “Fathers Day”, I realized that everyone is a little lost – that gave me some solace in trusting my own opinions. The song sheds some new light on my childhood and inspired some conflicting realizations about my last few months with my father.”

The duo keep releasing one solid song after the other.  “Talk To My Skin” is a sensual track that is perfect to spin with your current love. The song describes a fast paced physical relationship that you can’t seem to get enough of. The smooth production courtesy of Mr. Leslie provides just the right amount of pulsating synth and bass to keep you moving. 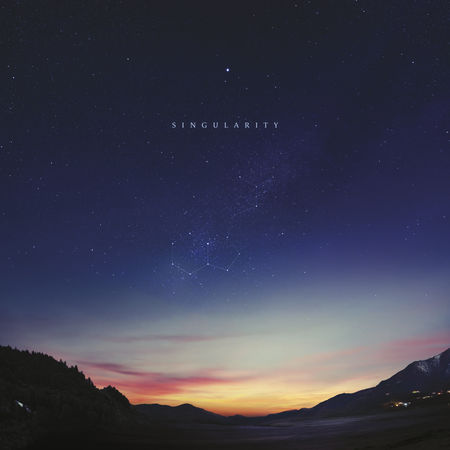 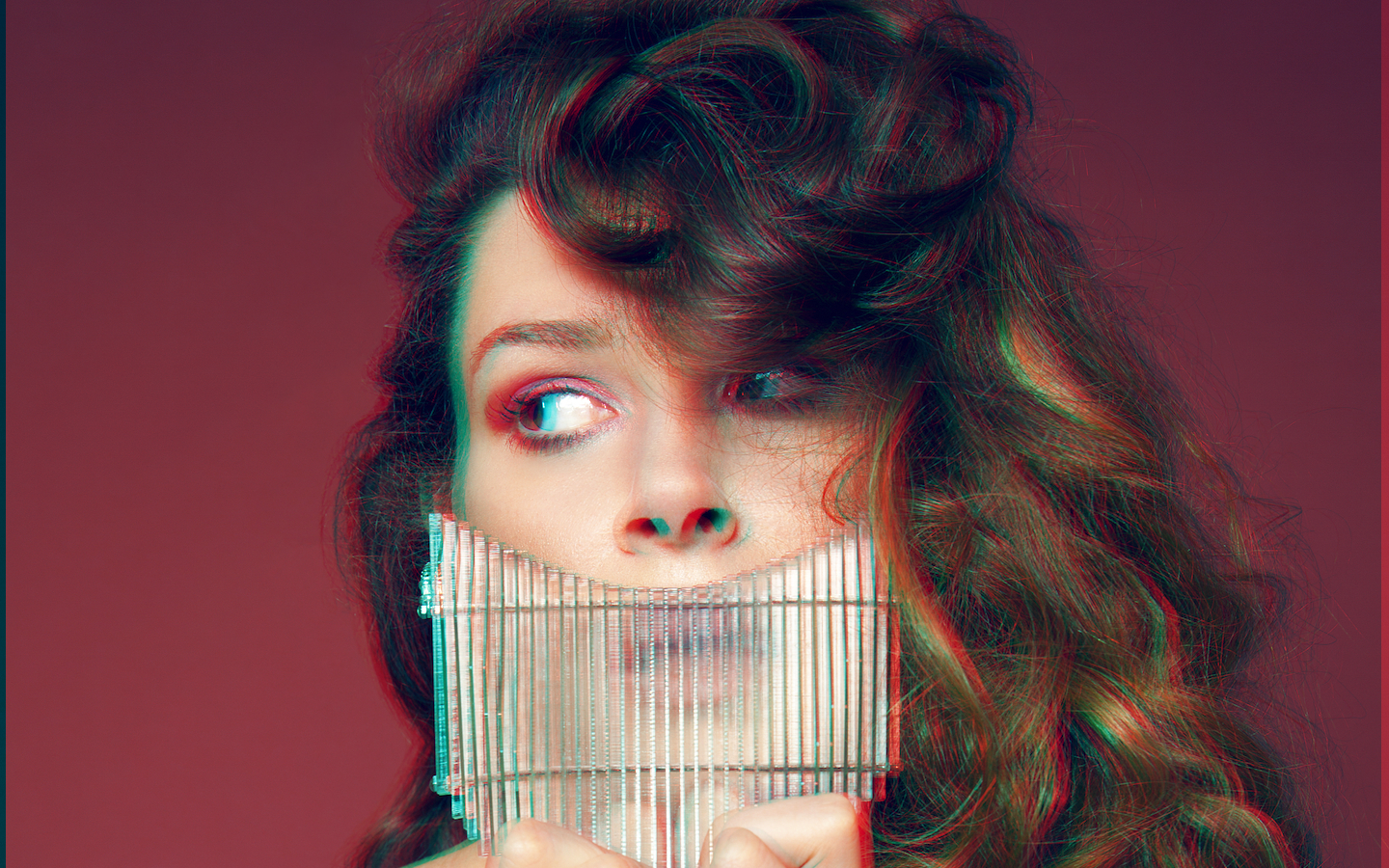 A quick conversation with…I Am Harlequin