It has taken a five-year hiatus for many to appreciate the influence art-rock / indie-rock quartet Grizzly Bear had on the indie music scene and its revival in the early to mid-2000s. Whereas Arcade Fire’s multi-instrumental eruptions blew away audiences and The National’s brooding rockers grabbed onto people’s souls, Grizzly Bear’s wind-swept, hauntingly cinematic soundscapes stole imaginations. 2004’s Horn of Plenty was a tantalizing experiment in moody, psychedelic folk-rock, but it was on Yellow House (2006) where the band’s current sound germinated and a legion of fans formed. The duo masterpieces, Veckatimest (2009) and Shields (2012), were exercises in how nuance could be turned into delirious euphoria, whether that was done through emotional grandiose (the former) or rousing anthems (the latter). Just as they were peaking, Chris Bear, Ed Droste, Daniel Rossen, and Chris Taylor went their individual ways to lead ordinary lives and just to take a break.

Grizzly Bear’s hiatus, however, ended up being more of an overextended hibernation than the extinction of one of music’s great bands of the 21st Century. Their long-awaited and much-anticipated fifth album, Painted Ruins, rivals anything in their discography. It is a bold yet beautiful concept album about life in a world where chaos is the norm, boundaries are nonexistent, and how the dehumanization of the human species is underway. The record, in other words, is a Marshall McLuhan theory coming to life but achieved through gripping and often breathtaking drama.

The languid “Wasted Acres” commences the journey through this dystopian reality. As the humming synths give way to trembling piano notes and a jazzy drum line, Rossen and Droste exchange notes on how machinations of the world have created distances between people.

“Trust in your machine.
The kick and the wheeze
That hauls for the winter”.

The sparse and Radiohead-esque “Glass Hillside” and the pensive “Systole” further reveal the world’s dissolution, where fact and fiction blur and desires can be satisfied alone. A moment of tenderness is unveiled on the interstellar-like “Three Rings”. The song feels like an out-of-body experience, at  the instrumentation is spatial and stunningly cinematic. Rossen and Droste’s vocals sound heavenly, yet their lyrics reveal one person’s attempts at intimacy being rejected. “Don’t you ever leave me. Don’t you feel it all come together?”, they repeat as the distance between the two protagonists grow.

The effects of this new reality is masterfully conveyed on “Mourning Sound”, arguably the album’s artistic zenith. Musically, the song personifies serenity, as the galvanizing synth, Chris Taylor’s heart-throbbing bass line, the martial drumming of Chris Bear, and the lush harmonies of Rossen and Droste converge to create an exhilarating experience. But within the soaring soundscape is the story of a suburban man who feels trapped by his surroundings and is burning on the inside. He sees no way out from his predicament. A mid-life crisis has never sounded so wonderful.

Then arrives “Losing Sense”, another lavishly languid number about losing one’s identify. Only in a fashion that Grizzly Bear could create, the song is rapturous yet morbid, as Droste’s drowning vocals echoes a woman losing her sense of identity.

“Could I ask of you not to cut into me,
Dividing all of my body for me.
I was left here to go through all the pieces
Nothing more to spare.”

“Four Cypresses” builds on this notion of lost identity in the chaotic modern world, where refugees escape the violence of their homeland only to experience a life of homelessness and violence in their new country. Despite the ever-prescient nature of the lyrics, the song is among the most dazzling on the album. The subtle rattling of Bear’s drums opens the song, and it is joined by Taylor’s tickling bass line and the low hum of a keyboard. Rossen’s vocals then enter the fray, more gentle than what we’ve come accustomed to hearing. But as the dissonant, crystalline guitar approaches, the song ascends to a new level of breathtaking even by Grizzly Bear’s grand standards.

The one song that encapsulates the meaning and soul of Painted Ruins is the cleverly titled “Aquarian”. It soars like the score to a post-apocalyptic suspense film, and the lyrics match the tension and drama. The trickster in question is unknown, but given current affairs the options are limited.

“Great disaster, shocking sight.
Scream and run or test your might.
Every moment brings a bitter choice.
The knowledge you can’t win with what remains.”

The last line, though, could be on Grizzly Bear’s epitaph whenever they decide to call it a day. In each of their five albums, they’ve subtly challenged our notion of our place in the world and the influences they form us. Yet as the world continues to evolve – for better or worse – the end of one of indie rock’s most important bands doesn’t seem to be anywhere close. Instead, Painted Ruins may and hopefully will be just the beginning of a new awakening.

Painted Ruins is out now via RCA Records. It can also be purchased on Bandcamp.

Grizzly Bear will play at Public Arts in New York City on August 23rd, although tickets are sold out. Fans, however, won’t have to wait long to see the quartet in person, as Grizzly Bear commence a massive tour on October 4th in Dublin, Ireland. The North American leg of their tour starts November 1st in Boston before ending with two dates at The Wiltern in Los Angeles during the middle of December. Tour dates can be found here. 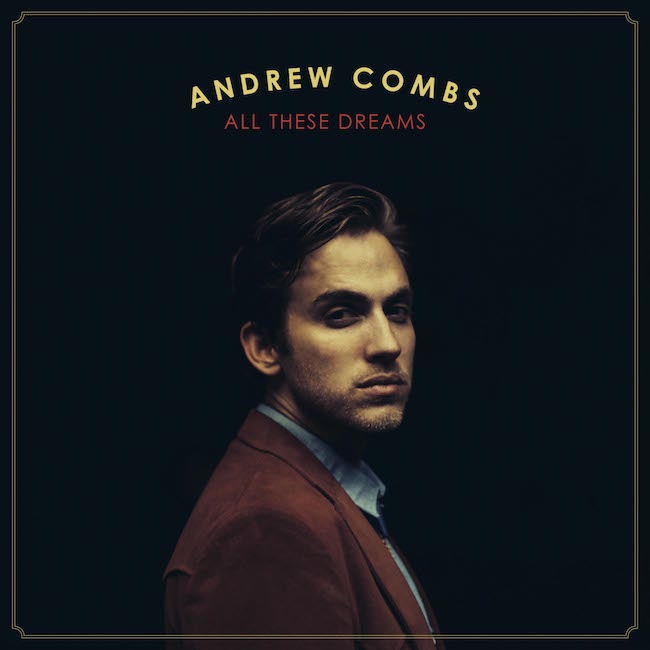 Andrew Combs – All These Dreams