Yesterday, Wendy and Ben featured only two artists from the US on The Matinee August 25th edition. For the Saturday Sampler August 26th version, Hollie and Ben have upped the ante and opted to just have one American band. Do we succeed? Of course we did! The selection on the Sampler is enticing, featuring songs from artists in seven countries. We doubled up on Australia and England, but there’s also new music from Russia, Finland, Denmark, and Canada.

There’s nothing like a bit of psychedelic-infused noise-pop to start the weekend. At its very best, the music will leave you smiling all day and feel as bright as the big, yellow ball in the sky, which is exactly the effect of Beaches‘ new single.

Right from the opening summery guitar riff to the head noodling rhythms to the dazzlingly hazy vocals, “Arrow” blows you away in spectacular fashion. The song is meant for long road trips, such as driving along the Great Ocean Road with the top down and feeling the cool breeze from Bass Strait blowing through your hair. In other words, “Arrow” is like a breath of fresh air that you want to inhale in over and over again. Excuse us while we head on out for a ride and have this song on repeat.

“Arrow” is from Beaches’ forthcoming album, Second of Spring, which will be released on September 8th via Chapter Music.

How does a band exist for a dozen years and yet to breakthrough despite making anthemic music that is overwhelmingly awesome? But maybe this is the year where Bend Sinister‘s fortunes change and the world takes notice. Heck, it’s taken us a long time to give the band the time of day, and we’re regretting every minute. We don’t think they’ll hold any grudges because the quartet’s music has always reflected their underdog status – optimistic, hopeful, and resilient. The one song in their discography that exemplifies these traits is their latest, the boisterous “Walk The Other Way”.

This number is in a word – great. It echoes the work of Australian superstars Gang of Youths with the piano-driven melody, soaring chorus, and lyrics that make you feel you can overcome anything. Given the band’s decade-plus struggle to be heard, we should pay attention to what they have to say and follow their lead.

“Now take a breath.
Don’t be like the rest.
Money is power, but power is meaningless.
Well I know you say you want to change the world.
I believe in you.
I got to try.
You got to try.
I got to try.
How many times do I have to say
Nothing comes without a price to pay?
How many years are we going to learn
When you laugh while we all get burned?
Stop, stop, walk the other way.

The band’s new EP, The Other Way, arrives September 29th via Cordova Bay Records. Get to know this band!

Russia is experiencing a quiet music resurgence. It’s easy to miss unless you’re absolutely keeping your ears close to the ground. But what makes this news is that it isn’t the usual genres driving Russia’s musical enlightenment. It’s not the goth metal, doom rock, nor industrial electronica of its ’90s and early ’00s leading the way. Rather, it is a mixture of guitar-pop, psychedelic-pop, and electro-pop with an ’80s slant. The latest group to emerge from the vast country and to really start paying attention to is Boneage.

Formed just this year by producer Leo Vasilets and 22-year old Sonya Dramma, Boneage released their debut EP yesterday, My Dreams Mean All. The highlight from the five-track record is its closer, the sweltering “Greater Scheme”. The song is akin to the romantic, synth-pop ballads of ’80s stalwarts Berlin and contemporary indie duos like Cults and Cathedrals. It is sensual and graceful, as Vasilets’ production work is soothing yet mesmerizing. Dramma’s voice, meanwhile, is something out of a dream. It is gorgeous, and her fluctuations from intimacy to urgency give more meaning to her story about moving on from the past. Simply dazzling.

My Dreams Mean All can be heard in its entirety SoundCloud.

RIYL: ABC, The Libertines, The Smiths

When you grow up listening to indie radio with your brothers, chances are your band’s music will sound like the bands you’ve been consuming all your life, right? Well, not necessarily. For emerging indie outfit The Caress, brothers Tom, Ben, and Sam Easton aren’t trying to emulate the Britpop purveyors of their youth. They actually blend those influences (The Smiths, The Libertines) with the bands of their parents’ time. You wouldn’t expect an all-male modern indie pop trio to cite ’60s-era girl bands as a factor in their sound. But listen carefully to their new “You’re Always Miles Away” single and it’s right there in all its retro glory.

“You’ve got your mind on your holiday,” they sing, as if they knew we would feature this tune on a bank holiday weekend. We have our minds on this song’s bouncy bass line and infectious hooks. The Caress also blend in just enough ’80s synth pop to make this song a timeless slice of dream pop that can be savored by any generation.

This single is out now via Fierce Panda on Amazon and iTunes. Look for the band’s forthcoming debut EP, You Say I Kiss Like a Girl, when it’s released next month.

Last month we fell in love with Finnish dream pop band Cina Polada thanks to their delicious “Gloom” single. The freshness of their sound pairs so perfectly with warm summer days that it’s hard not to love them. But now their newest single has us looking for airfare to Helsinki. We want to inhale whatever is in the air they’re breathing, because their sound is magical.

“Nowhere” has a sparkling vibrance not usually heard in “dream pop” bands. Most artists in that genre tend to create downtempo tunes that relax you to the point of sleep. The exact opposite happens with this song! Cina Polada create dazzling, synth-driven tones here. You’ll feel alive and inspired by frontwoman Hilla’s crystalline vocals. Meanwhile the band crafts a perfect pop gem that echoes Future Islands in terms of exuberance. This is a song you will want to keep on repeat for a long, long while. It’s just that catchy.

Strangers Candy will release their self-titled debut cassette on September 29. You can pre-order it here. 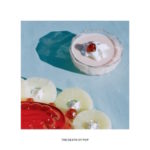 Prepare to be immersed in a dense cloud of delicious, woozy psychedelic dream pop-rock with “Headaches” from The Death Pop. The London-based band guide you on a cosmic adventure into the realms of Tame Impala and Unknown Mortal Orchestra with this dazzling tune.

First off, we are trying to grasp how it is this band has escaped our notice since they have been together for four years now. Someone needs to get them booked for some North American festivals ASAP! Regardless, we are grateful to have found these talents, as their sound is such a bold vehicle for escape. Each layer is meticulously crafted into a lush, rewarding product that will have you uttering “Wow!” as you listen. These guys are most definitely a band to watch.

Their album Fed Up is available now via Spanish indie label Discos DeKirlian and Bandcamp.

There really isn’t any limit to Imogen Jones’ talent, the young Australian who goes by the moniker Lupa J. Jones was a classically trained violinist before she was old enough to get her learner’s driving license. Her first songs as an electronic producer caught the ears of many tastemakers, including The Wild Honey Pie, before she was old enough to vote. The young woman is incredibly gifted.

Now legally an adult (she’s 18 or 19), Jones continues to turn heads as a producer. A year ago, she released her sophomore EP, My Right Name, and since then she’s been predominantly focused on remixing songs. This week, however, she released her first original song, and it’s an eye-opening stunner.

Like Jones herself, “Keep Back” is a hypnotic and brilliant enigma. The layers of darkwave that envelop the song are engrossing, and Jones’ distant vocals feel like she’s calling to us from the afterlife. “So I can hold you responsible”, she calls out in our direction. Her voice is cool and calculated, like an assassin taunting her prey before she is about to make the final statement. It’s a gripping number by an artist on the verge of major things. 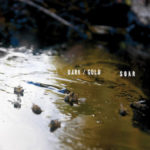 You might not recognize the name of indie punk group SOAR, but you soon will. This supergroup of sorts features four equally fierce members of American indie rock groups: Joyride, Watercolor Paintings, Void Boys, and Dreamspoiler. Fortunately for fans of ballsy, no-holds-barred pure rock, SOAR have channeled their energies and visions into a debut album that kicks epic amounts of ass.

“Fatigue” is the sonic cure for the malaise we’re all feeling these days. We’re all tired of hearing bad news coming from the media. We’re tired of chasing dreams (or objects of our affection) only to have them remain unfulfilled. SOAR understands all of these feelings, and they tackle those emotions with a massive wall of punk-pop sound. “Fatigue” is a brief dose of adrenaline at just under two-and-a-half minutes. But with licks this tight, you hardly notice. Between the four-part harmonies and the growling guitars, “Fatigue” is the jangly, amped-up pep talk you need, exactly when you need it.

You can find “Fatigue” on the band’s debut LP, dark / gold, out now on Bandcamp (digital/cassette) and Salinas Records (vinyl) via Father/Daughter Records. The band’s next show is their album release event on September 12 in San Francisco. 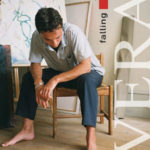 Vera is a Danish producer better known for working with other artists (Liss, MØ), but he is now creating his own music. Following his debut single (“In and Out of Love”) earlier this year, he has a sultry new single that will leave you breathless.

“Falling” is a smooth caress of R&B- and soul-infused beats that features Norwegian model and singer Kaya Wilkins (aka Okay Kaya) on vocals. This is a sizzling summer song that channels the sophisticated allure of Sade with the tropical heat of Buena Vista Social Club.

While little is known about Vera’s background (he’s carefully demure), one thing is certain: this is an artist poised to create an immediate frenzy among fans across the globe. (Hopefully it will lead to a record deal soon!) Grab your lover and a bottle of wine as you dance into the night with this gem.

This song is available now with streaming and purchase links here. 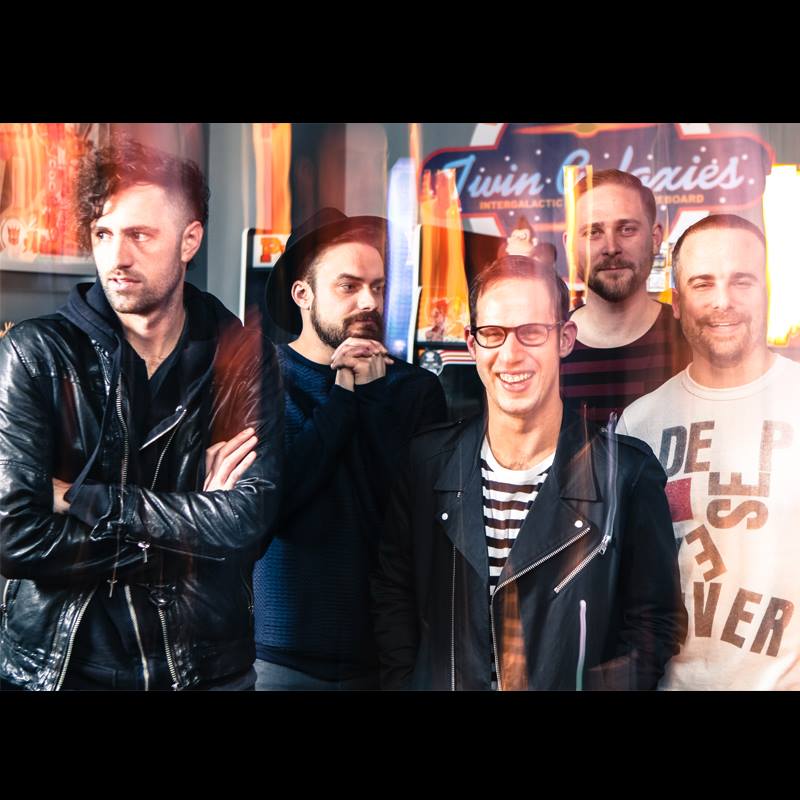 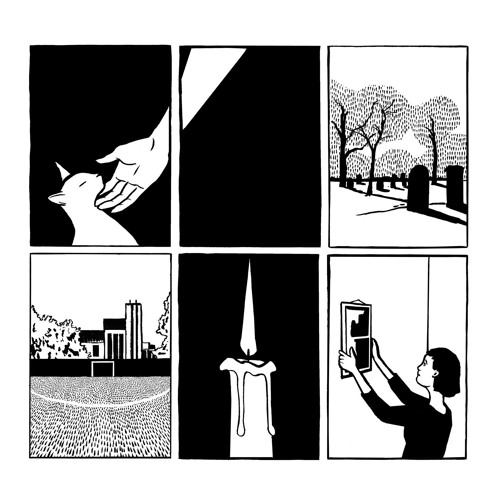