From heart-wrenching stories to shimmering pop anthems to songs that defy a single genre, The Matinee September 5th edition will help you recover from the long weekend. Once again, nine songs occupy today’s mini-playlist with the artists coming from five continents. For the first song, you might want to have some Kleenex nearby.

There are songwriters, and then there are storytellers. Anna Tivel is the latter. Her ability to craft songs that sound like novellas has made her a favorite of the Pacific Northwest. Despite her incredible songwriting, she has yet to grace the stages of Pickathon and Newport Folk Festival. Maybe that changes soon, as her new album is only a little more than three weeks away. From the record is “Dark Chandelier”, one of the most heart-wrenching and devastating tearjerkers of this year.

As Tivel slightly strums her acoustic guitar and the rhythms gently pulsate in the background, she tells the story of a man who loses everything. The blue-collar job he worked at for 31 years is gone and, with it, his dignity. But that’s not all, as later in the song he loses the most precious thing in his life.

“He feels his body and hears his name
The scream of a siren and the heat of the flame
He calls for his daughter in the thick black night
And he tells her he loves her
He yells for his wife
And he sees her above him
Her sad dark eyes
He pleads with his God and bargains for time.”

This is just one example of Tivel’s immense talents. A few weeks ago, she released “Illinois”, which is well worth hearing. Her new album, Small Believer, arrives September 29th from Fluff and Gravy Records. Pre-order the LP here.

There are no limits to The fin.‘s creativity. The London via Kobe, Japan outfit have long been merging neo-psychedelia with disco, dream-pop, synth-pop, and dreamgaze. In other words, they’re not the typical psych band. Whereas most groups within the genre create music that belongs in the confined quarters of underground venues, The fin’s music is meant to be heard in wide-open spaces like their newest single, “Heat (It covers everything)”.

Unlike most songs they’ve written, the guitars are restrained and executed with delicate precision. However, the synths and hazy vocals take central stage as they float effortlessly in the air like a dream. And that’s exactly how to describe this song – a delightful daydream occurring on a white-sand beach somewhere in the Caribbean. Actually, who needs to go to the tropics when The fin. consistently deliver such radiance?

The fin.’s new album is expected later this year.

The band is comprised of Yuto Uchino (vocals/synths), Ryosuke Odagaki (guitar), and Kaoru Nakazawa (drums/bass). They are currently on a brief tour of Japan and then return to the UK in October. Dates can be found here.

There is no shortage of great music coming from Down Under. For the most part, we’ve covered bands and artists who are redefining the indie-rock and indie pop-rock genres, such as Gang of Youths, Gordi, Jack River, Bec Sandridge, Wesley Fuller, Alex Lahey, and, of course, Courtney Barnett, Tame Impala, and Pond. Maybe we need to start paying attention to the underground urban scene, because artists like Genesis Owusu are creating incredibly innovative music.

Born in Ghana but raised in Australia, Owusu is creating a whole new genre as revealed on his new single, “Sideways”. Categorizing this brilliant piece of music is nearly impossible because Owusu has merged a multiple sounds and influences into one. There is an element of trip-hop, but it has been significantly stripped back and given a lo-fi approach. The percussion and beat-driven melody combine Afrobeat, Afro-funk, and underground garage and trance. Then there are his vocals, which have a soulful intimacy. Whatever someone wants to call this (Afrofunk-soultronica?), there is one word to describe it: incredible.

By the way, did we mention that Owusu is only 19 years old? The sky is the limit for this young artist. 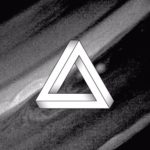 Last month, Norwegian duo Imitating Aeroplanes shared the invigorating “Hourglass”, which was based on a Japanese folklore character. This time around, they share a more straightforward song, but one that is equally rejuvenating and exhilarating.

“Stomping Ground” is the perfect song to recover from the long weekend as well as to get us through these uncertain times. The ’80s-esque production work is upbeat and sugary sweet, and it will cause involuntary hand-clapping and swaying. (Come to think of it, this sounds like the perfect workout song.) The lyrics, too, are uplifting and empowering, as Tord Øverland Knudsen (The Wombats) and Marius Drogsås Hagen (Team Me) craft a message of resilience and hope.

“Holding on to everything we’re missing
Moving on was never easy
I’m re-living distant memories
But losing my foothold and leaving my stomping ground.”

Hopefully the gents won’t take this the wrong way, but I think I want this written as my epitaph.

The song is out now and is the second single from the duo’s forthcoming debut album, Planet Language. It drops September 22nd via Propeller Recordings with pre-orders here.

When The Belligerents’ Konstantin Kersting, who is a fast-rising producer in Australia, agrees to produce a band’s music, you immediately know the group is on the verge of something special. Well, Ivey are already favorites of Triple J, but they have yet to take the next step towards Aussie stardom. This should not be long with their catchy brand of indie pop and with Kersting helping to guide their way. The latest step in their journey is “Out Of Time”, which should quickly rise the ARIA charts.

With the bubbly jangliness of Alvvays and the blustery charm of A Sunny Day in Glasgow, “Out Of Time” is a feel-good pop anthem. The melody is catchy and upbeat, and the message, too, is full of hope and optimism, as the band basically tells the establishment to go screw themselves while cherishing a person’s individuality. Like the band sings:

“They say I better slow down
But I won’t be doing that now.”

So whether you’re heading back to school in the Northern Hemisphere or immersing yourself in the first days of spring in the Southern Hemisphere, let yourself go and celebrate who you are. Those in Australia should get to know Ivey quickly because they’ll be occupying the radio waves for a very long time.

“My name is Blank, I used to go to stores
And buy things I don’t have use for anymore
I’m shocked to the core
Well god what are we fighting for?”

These are the first four lines from Makeout Point‘s second single, “My Name is Blank”. It’s not often we lead in with a song’s lyrics, but the songwriting and the entire number are powerful. A languid vibe pierces this gripping indie-rock track, which is akin to the emotive power of Speedy Ortiz’s and Slothrust’s most intimate songs. The instrumentation leaves you on the edge of your seat, but it is frontwoman Shiva Kazemi’s stirring vocals and fearless songwriting that you leave you hanging.

This song isn’t about a person named Blank, but the struggles that so many people encounter, particularly loneliness, depression, and anxiety. It is the feeling of being trapped and isolated, where you believe no one cares about you. As a result, there is only one way to escape the pain, which Kazemi describes with frighteningly vivid words.

“My name is blank, I cut myself to bleed
And I bleed myself to sleep
And you don’t even have to care.”

We’ll continue to keep an eye on Makeout Point, especially if they continue to write such powerful and cathartic music. If so, they’ll be a band to watch closely in 2018.

Over the past decade, Noah Gundersen has established himself as one of America’s finest indie-folk artists. His 2014 album, Ledges, is considered one of the great folk records of the decade, and it propelled him into indie-folk stardom. But instead of resting on his laurels and continuing down this path, the Seattle native is reinventing himself, assuming his new single is an indication of what is to come.

“The Sound” is an alt-country masterpiece that rivals Ryan Adams’ best work of the past decade. A nervous energy rumbles throughout the song, which only adds to the drama and intensity. As the rhythms stutter in the background and the electric guitar streaks across the melody, Gundersen’s rich and urgent vocals shine through. Yet it feels like he is screaming in our direction, warning us about the incoming storm that is about to engulf us.

The song was originally released in July as a lyric video, but it was just posted on SoundCloud on Friday. “The Sound” is the lead single from Gundersen’s forthcoming album, White Noise. It arrives via Cooking Vinyl on September 22nd. Pre-orders are available here.

The last indie-pop band to go from obscurity to mega-stardom with just one single was likely Foster the People. In 2010, they released their first single, “Pumped Up Kicks”, for free online, and quickly thereafter they were topping the Billboard Charts and the song was being played everywhere. Could Nashville newcomers, Saunas, repeat history? It might be difficult in this era where Taylor Swift controls the social media and radio time, but with a song like “My Body” Saunas could break the trend.

Just like Foster the People, MGMT, and Peter Bjorn and John before them, the trio have delivered one catchy little tune that will be stuck in your head for days or maybe even months. The secret to this song, though, is the band’s minimalist approach. The song is built around three primary elements: a kick-ass rhythm section, a cool synth line, and intoxicating vocals. There aren’t any bells or whistles; the song demonstrates that simplicity can be exhilarating.

Get to know this band quickly. Their debut EP is coming out this fall.

If you’re looking for a laugh, you’ve come to the right place and the perfect song. Channeling Blur in their heyday with a touch of the Talking Heads, Brighton veteran rockers Tenderhooks share the whimsical and outrageously fun “Yolena”.

Musically, the song is a riot thanks to its infectious ’80s Britpop vibe. As a result, everyone who listens to this song will be dancing or at the very least bopping in their seats and doing a few shoulder shimmies. The best part of the song, though, is the storytelling, as the band recounts the life of a woman named Yolena. From her Converse shoes to her trips across the world to making Beef Stroganoff, Yolena is a global citizen with mostly expensive tastes. She could very well be the most interesting woman in the world. At least for one day, she’s the subject of the most entertaining song.

“Yolena” is the first single from Tenderhooks’ forthcoming new album, North Star. It drops in October. 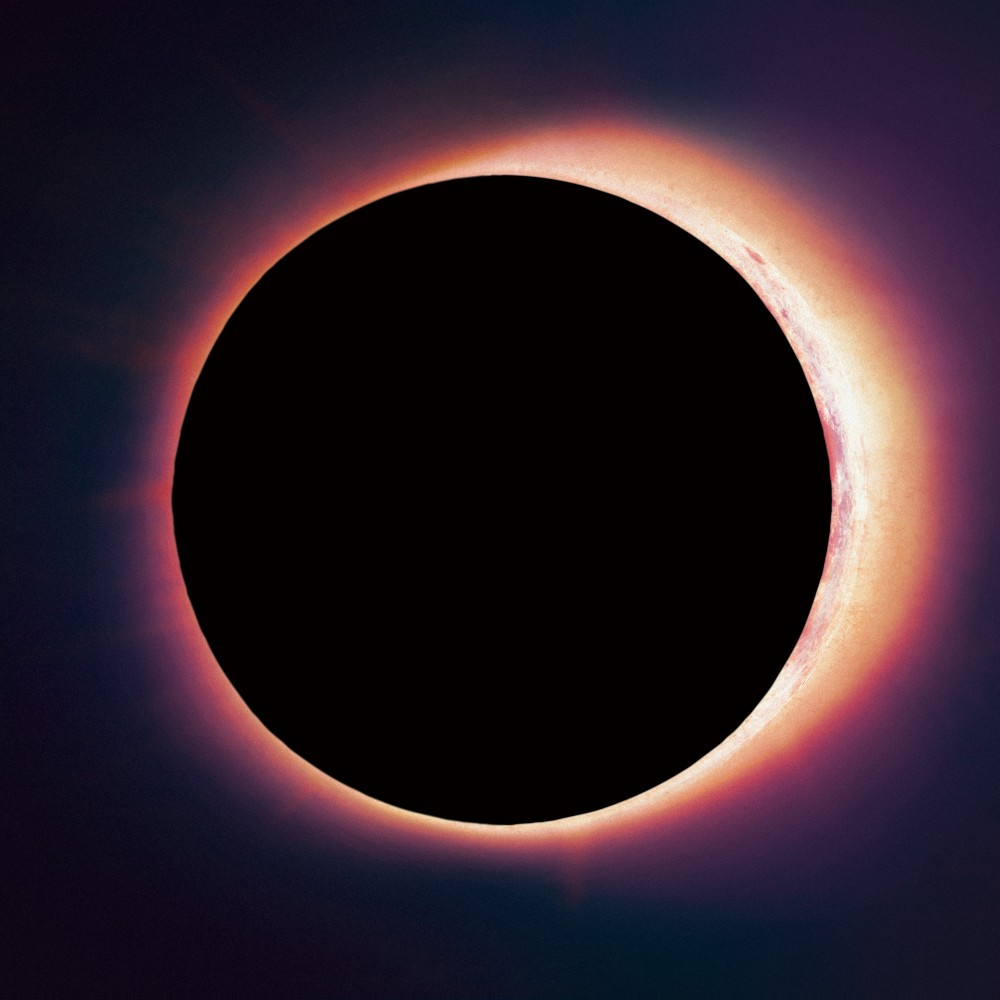 Album Review: Fevers burn it up on their full-length debut

Mundo Musique: Pearl And The Beard 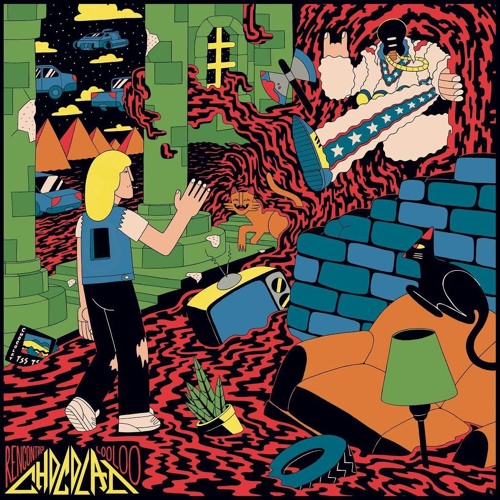