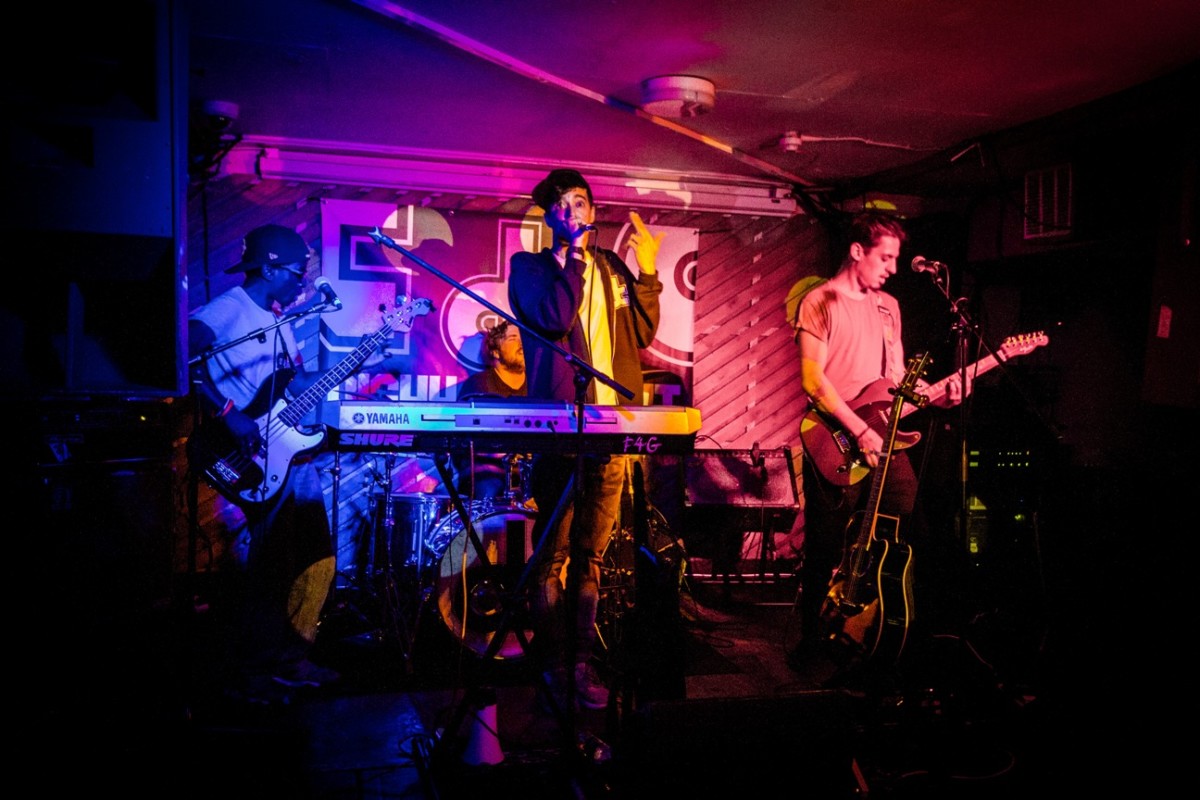 What’s not to like about Dishy Tangent? Four good looking blokes from Canning Town in the East End of London, creating great tunes. 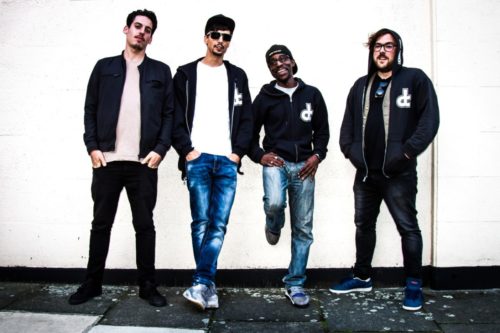 I was asked by DJ Sonic, or bass player Del Sajiwandani as he is also known, to take some portrait shots of the band before their gig. These will appear on their forthcoming album (if he likes them). The band spent the first half of the photo shoot writing a set list: 10 songs, 3 minutes per song = 30 minutes. Simple.

We then moved on to taking the usual standing-against-a-wall pic (see above). I tried to get them to look mean and moody, but the Dishy boys are not like that. The camaraderie is obvious and they bounce off each other. Four lads bonded by a love of music – so it was no surprise that we ended up in Notting Hill’s famous Record and Tape Exchange shop for another couple of photos. Thanks to the staff there for letting us in after they had closed. 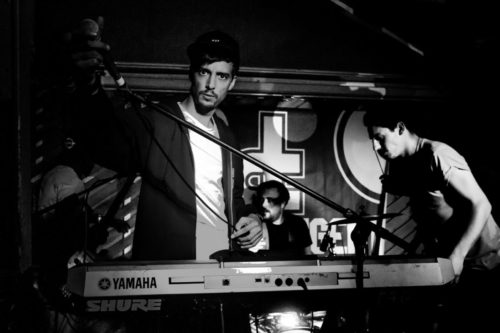 Dishy Tangent’s songs tell tales of what it is like being a youth in the UK – getting drunk, fancying your friend’s mum, feeling sick about breaking up with the perfect girlfriend ten years ago. Reason (a.k.a. Louis Bowers), the front man, stitches the set together with accomplished banter and jokes with the audience. “Here’s a track you can get on iTunes or YouTube if you don’t want to pay”. More than once his patter was accompanied by a “ba-doom chink” from the drums.

Ironic really as Iason Everett is probably one of the tightest drummers I’ve seen in 2017, and he more than demonstrated his skills tonight. The foursome are all very capable musicians – Wayne Maynard not only has film star looks but gets a blockbuster sound from his Fender. Bass player Sonic jumped about behind a stage speaker, driving their infectious tunes forward.

And then there is Reason 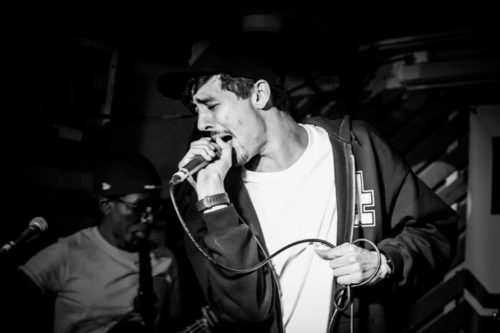 Reason not only sings, but he raps, plays mouth organ, and picks up a guitar and a portable keyboard. He even plays a standard synth and, at one point, belts out lyrics through a megaphone. That could sound like someone trying just a bit too hard to impress, but in Dishy Tangent, it was simply Reason doing what he does best…being a pure entertainer. He’s an East End geezer with talent to spare. Oh yes, he also performs, alongside Del and Wayne with Jeff Turner – the vocalist of Cockney Rejects – in their side project, The Outfit. 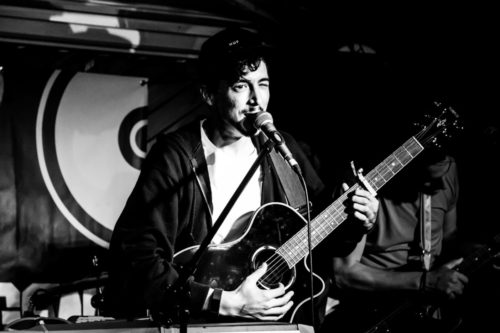 The Dishy sound is indie, dancey, poppy, infectious, fun. Their songs put a smile on your face and a tap in your foot. It must only be just a matter of time before everyone is wearing a Dishy t-shirt. I certainly suffered with a dose of the DTs in Notting Hill Gate and I look forward to finding their forthcoming album on the racks of record shops across the world.

Absent Kelly promoted this ‘Sonic Sketch’ event at Notting Hill Arts Club. More of their forthcoming events can be found on their website.

Marcus Jamieson-Pond is a regular contributor to theRevue.ca and an avid gig goer in London – to see full sets of pics from the more than 200 bands he’s photographed in 2017 visit his website 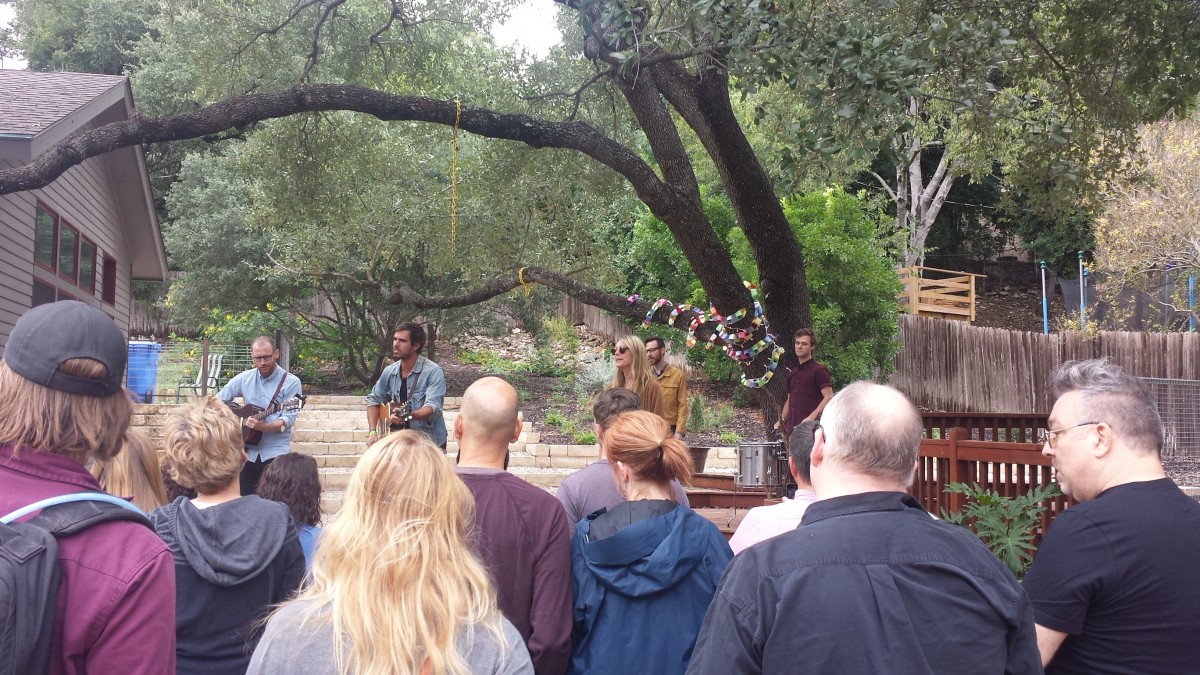