From bone-jarring stunners to body-moving disco glam-rockers and amusing indie rock, The Matinee September 12th edition will hopefully brighten up your Tuesday.

The Matinee kicks off with a song from a newcomer who will blow you away. Before you press play, find a place where you won’t be interrupted and where there aren’t any distractions. Now sit down, open your mind and ears, and just listen. Just listen to the beauty that is “My Soul I”, the debut single by Swedish singer-songwriter Anna Leone.

“My Soul I” is one of the rare songs out there. Simple in its arrangements but mind-blowing in its execution. Not since Julien Baker released the single “Sprained Ankle” has a song penetrated so deeply and made you contemplate your own fragility. The instrumentation is awe-inspiring, as the piano, drums, and dissonant guitar converge to create a soundscape that sounds like the afterlife. Leone’s vulnerable voice aches with the pain of a woman who is holding onto one last thread of hope to have her lover, child, or parent back. “I will do anything to love you”, she mournfully repeats. The only words we’re repeating are, “Wow”

The single is out now via Paris-based indie label Half Awake.

Montreal-based trio Caveboy have gradually become a favorite of ours. Their music has consistently made us feel alive, but it was their live shows that won us over. Today, though, their new single is making us explicitly expressing our love for the band.

“Raconteur” is like a gentle caress that occurs just before a passionate kiss – it is breathtaking and memorable. Isabelle Banos’ light synth work and Michelle Bensimon’s delayed guitar are sensational, creating the romantic atmosphere for the song. Lana Cooney’s drumming is terrific, slowly intensifying to mimic the acceleration of one’s fluttering heartbeat. Bensimon’s vocals, too, are stunning, possessing the ravishing power of Belinda Carlisle. Her story, though, is one with a conflicted heart, who wants to be loved again but not necessarily by the same person. It’s a tale we know all too well, but our experiences have never sounded as gorgeous as this. 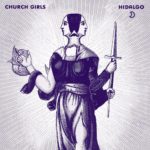 Over the course of the past two months, Church Girls have won us over with their sublime take on indie rock. They originally swept us away with the jarring “Better Off” and then had us gasping under the weight of the melodic dreaminess of “Breaking Bones”. This time around, though, they loosen up a little bit and deliver a cool rocker with “Glass”.

The song recalls the indie rock that filled college radio stations back in the ’80s and early ’90s. This was when there was no such thing as too reverb and when summery melodies and gnarly guitar riffs were the perfect marriage. Church Girls, though, take this philosophy to new heights because most bands back then didn’t have a lead singer with the captivating voice of Mariel Beaumont. In addition, Church Girls, as they demonstrated on the first two singles, have a great sense for drama. They don’t blow us away with heavy guitars immediately, but instead allow this song about redemption and resilience to slowly build in intensity. Then at the very last minute, they unfurl their fury with Robert Dwyer leading the way with his fiery guitar. As good as this song sounds with headphones, this would be a monster live.

“Glass” is from Church Girls’ forthcoming new album, Hidalgo, which is due September 15th. 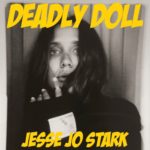 No would blame Jesse Jo Stark if she opted for the well-traveled path towards immediate pop stardom. Most people by now know her story. Her parents are the founders of label Chrome Hearts, and Cher is her godmother. At the age of six, she started designing clothes and has modeled on occasion. With these vast resources behind her, she could have easily foregone the indie scene. She has instead opted for the harder road and creating beautifully engrossing music that is anything but radio friendly. Her latest single, “Deadly Doll”, reveals why she’s chosen this path.

This brooding alt-folk number is mesmerizing, sounding more appropriate on the next season of True Detective than on iHeart Radio. As the cinematic orchestration swirls in the background and the dissonant guitar rumbles in the air, Stark’s emotive voice and her captivating story of a femme-fatale on her last assignment take center stage. This song doesn’t deserve to be on mainstream radio stations. On the contrary, this song belongs in the grand theaters and opera houses of the world – from Sydney and London to New York. Only then would people truly appreciate its grandeur and Stark’s immense talents.

In the 18 months we have come to know Johnny Kills, we’ve learned three things about them. First, they make some killer indie alt-rock. Second, they don’t follow the typical rock playbook, but instead go off course and deliver some raucous, oft-kilter stuff. Finally, these guys are enjoying life, as every one of their songs makes light of a situation, usually involving themselves. This self-deprecating sense of humor is the biggest reason why we’ve enjoyed every song the English trio have released. Their latest, “End Game”, is no different.

This song absolutely rocks! “End Game” is masterfully paced, alternating between breezy, garage-rock vibes and ripping, face-melting grunge rock of the early ’90s. Consequently, this banger will have you jumping, dancing, moshing, swaying your head intensely, or all of the above. Images of the house parties you attended at university will start flashing in your head, and you just might call up your friends to re-live those days. Heck, you might invite the prick who used to bully you or the ex who broke your heart because deep down they are just like you and me.

If you have ever seen Michael Kiwanuka perform in concert, you’ve likely noticed a young man with a large Afro standing to his right. It’s not just Michael Jablonka‘s appearance that catches your attention but also his adept touch with the guitar. If it wasn’t for Kiwanuka’s larger-than-life presence, all eyes would be on him. Now, Jablonka gets to be the man under the spotlight as he embarks on his own solo career. His newest single, “Peacefully”, is an emphatic proclamation that Jablonka has arrived.

Like his friend Kiwanuka, a social awareness fills Jablonka’s songwriting, as his smooth voice sings about moving on from difficult times. This is where the similarities end, however, as Jablonka’s style is gritty and anthemic ’70s-esque blues-rock. The guitar solo towards the end is awesome, reminiscent of Lenny Kravitz’s tendencies to pierce his songs with blazing riffs that make you want to get out the air guitar. As good as this sounds as an audio file, we imagine this must sound amazing live.

Speaking of which, Jablonka will be hosting a gig on September 20th at The Lock Tavern in London to officially release the song. The event is free, so there’s no excuse for those in London to get up to Camden and catch this future star. You could be witnessing the next Kiwanuka, Kravitz, or dare we say Jimi Hendrix.

“Peacefully” is the first single from a forthcoming split 7″ that will be released later this year via Lost in the Manor Records.

Ever been in a situation where you think you’re in a room full of stupid people? In such moments, you wish that something, anything would interrupt the conversation so you could move on. Or better yet, if someone wrote a song about this exact subject, it would make your day. Lo and behold, Norwegian sci-punk trio Moviestar have answered our call.

Never ones to shy about speaking their minds, their new song, “Stupid People”, holds nothing back. It is a full-on critique about people have become so image conscious, materialistic, and selfish that rational thought alludes them. As such, they’ll do anything – whether it is treating the planet or other people with little to no respect – if it means they feel good. What’s even more troubling is that even some world leaders share these same values as the stupid people.

Summer might be coming to an end in the Northern Hemisphere, but it is around the corner for those in the Southern Hemisphere. Regardless of where you live and what the weather might be like, Danish duo Shy shy shy have released a single that will have you thinking of clear blue skies and warm temperatures. That song is “Beautiful Boys & Girls”.

This is synth-pop perfection. The arrangements are relatively straightforward, but the execution is fabulous. Consequently, the song doesn’t feel overproduced. Instead, the waves of synths feel like the cool, ocean breeze while the warm harmonies of Astrid Cordes and Simon Kjeldgaard are like rays of bright sunlight. All you can do with this song is succumb to its exhilarating extravagance and just smile and think about how wonderful life is. Because if we look all around us, the world is filled with beautiful boys and girls. And no, the band isn’t speaking about physical traits but the inner beauty that resides in most people, and that is what gives us hope for the future.

Thank you, Astrid and Simon, for giving us a song that celebrates the best in humanity.

Sunset Exotic – “What Is Happening to Me?” (San Francisco, USA)

After commencing The Matinee with a newcomer who blew us away with her dramatic debut, this mini-playlist ends with another newcomer whose new single has the opposite effect. Sunset Exotic is the project of producer and multi-instrumentalist Charlie Foltz, who could be described as James Murphy, Gary Numan, and Blur all rolled up into a single package. Don’t believe us? Just check out his new single and judge for yourself.

“What Is Happening to Me?” is a glam-rock, disco-pop explosion. It is zany, fun, and immensely addictive. The synth work is reminiscent of LCD Soundsystem while Foltz’s vocals teeters between Numan, Gary Glitter, and even David Bowie. His lyrics are outstanding, as he describes the epiphany he had – that he had evolved into, as he shares, a “hipster dick”. Instead of wallowing in self-pity, he decided to make light of the situation and share with the world his fall from grace. So get up, dance, and laugh at Foltz’s predicament, but also consider your own level of asshole-ness. 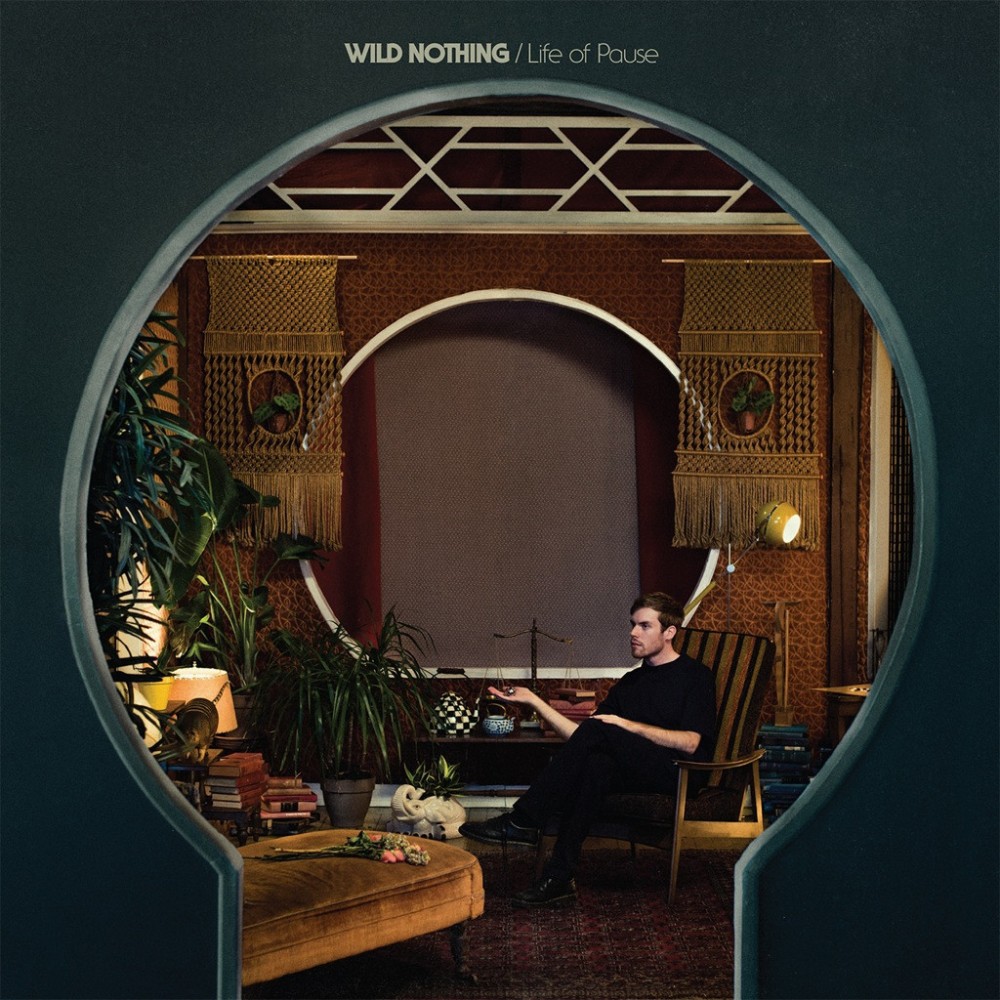