It’s time to go gallivanting around the globe in search for new music. The Matinee September 19th has nine songs from artists in seven countries. You’ll recognize a few of them if you’ve been following this space, and there are, of course, some newcomers. You might want to be sitting down for some of the songs because they are absolutely dreamy. 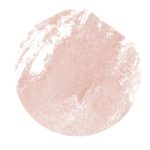 When we eventually look back on 2017, one of the things that will jump out is the number of great new bands that arrived on the scene. Creating our annual list of favorite discoveries will be next to impossible, but one group that will most likely be on it is Cina Polada. The Finnish dream-pop band have only shared two singles to date, but each one has blown us away. Song number three is another gem in their treasure chest.

“July 13th” is gorgeous. The beginning starts gently, and the intimacy feels like something that can only be experienced in the privacy of your bedroom. The song then accelerates, and the gorgeous crystalline guitar and lush vocals steal your breath away and makes your heart rapidly flutter. At this point, “July 13th” feels like a dream, which is exactly what the song is about. For that matter, Cina Polada are the type of band that we only imagined would exist in our imaginations, yet here they are captivating us with their dazzling dream pop.

The song is taken from the band’s forthcoming self-titled debut, which will be released on cassette on September 29th via Strangers Candy. You can pre-order it here.

Maybe it’s the country’s isolation, but Iceland sure has a knack for developing bands and artists that turn the ordinary into the extraordinary. In a glacial, Icelandic way, that is. Several are already international stars, and a name to add to the list is East of My Youth. Comprised of Herdís Stefánsdóttir and Thelma Marín Jónsdóttir, this duo is creating electro-pop that will make you melt like ice in the desert heat.

Their latest single, “Broken Glass”, is a stunner. It’s not the typical electro-pop where the production work dominates and the songwriting is secondary. This song is quite the opposite. The production work is stripped back, but the the composition is rich and masterful as the stuttering, oft-kilter beats and the humming synth that create a mystical (even exotic) soundscape. Their role, however, is to serve solely as the canvas to the band’s stirring harmonies. As Stefánsdóttir and Jónsdóttir’s voices arrive, you are left completely awestruck. The place they’ve transported to us feels like the land of Oz or maybe Wonderland, where time works differently and possibly runs out. Listen closely to their lyrics because they’re subtly telling us to take the leap of faith before time runs out.

Now it’s time for the rest of the world to take a similar chance on this talented duo, whose music will continue to mystify and dazzle us.

If Iceland is known for creating glacial spells, then Australian artists are putting the refreshingly cool back into music. It’s not just the catchy and anthemic songs, but Aussie artists are among the finest songwriters – actually storytellers – on the planet. Witty, entertaining, thoughtful, and honest, the likes of Courtney Barnett, Alex Lahey, Bec Sandridge, Gang of Youths, Why We Run, and others are helping reshape music as we know it. Likewise, Georgia June will make you believe that music is undergoing a songwriting renaissance.

“Cool” is a biting song based on reality for way too many. June has written a song for everyone who was rejected, ridiculed, or taken advantage of as teenagers. Her lyrics are honest, and her voice is filled with a combination of hurt, disappointment, and scorn. The song, as such, isn’t just one to recall pain; it is also two big middle fingers raised at all the people who fucked with or laughed at others. Now look who is having the last laugh.

The video for the song is also worth viewing over on YouTube.

RIYL: The Strokes, The Killers, The Libertines

As another tropical storm – more accurately Hurricane Jose – develops in the Atlantic, a different kind of event is about to hit Australia. It may not happen today or tomorrow, but very soon Joshua Mark Stewart’s project, High Tropics, will be the talk of the country. Back in April, he shared his Killers-esque debut single, “15 Years”, which featured one of the best bridges of the year. He maintains that anthemic approach with his latest song, “Better Days”.

The instrumentation once again is far out, as the buzzing guitar and percolating rhythms create a groovy vibe. The keys and synth, though, take the song to another level, giving it a touch of some much-needed suspense. While “Better Days” is an upbeat number, Stewart’s lyrics tell a different story:

But I hope to God it ends
And I could sure use a friend
‘Cause I feel like it’s the end of the line.”

It’s a fantastic bit of songwriting with a message that lets people feeling isolated (or battling with a mental illness) that they’re not alone.

The song is available via Roll Call Records and Golden Robot Records.

Pull up a seat, pull down the shades, and prepare to be taken on a magical trip. If you have an oxygen tank nearby, you might want to bring that along because Jordan Klassen‘s new single, “Housefly”, will have you gasping for air.

With the fantastical style of Radical Face and the ethereal vocals of Justin Vernon, Klassen has delivered a sensational single. The song, however, is more than just another dream-folk number. Rather, it is like a time machine, merging Medieval music spun by the finest minstrels in King Arthur’s court with the extravagant heavenly qualities heard on Haux’s beautiful numbers. The strings, the mandolin (or maybe he’s using a lute?), and percussion are incredibly executed, stirring the deepest depths of your soul. His songwriting is also immaculate as he tells the tale of a restless soul who calls nowhere home. If there is to be a remake of Robin Hood, hopefully the producers will ask Klassen to write a song or two for the soundtrack.

“Housefly” is from Klassen’s forthcoming new album, Big Intruder, which is out this Friday, September 22nd, via Nevado Music.

Sixteen months ago, married couple Rachel and Bernard Chadwick used their limited free time away from the kids to release their eponymous debut album under the name Loud Forest. It was an expansive, eclectic record yet a surprisingly harmonious collection. Since then, the duo released one single, “I’m Not Your Girl”, and last week they shared another new one that will get you moving.

From start to finish, “Wake Up” is exhilarating. The bridge in the song is tremendous, as the synths, percussion, and guitar rise several notches. Consequently, this moment in the song might cause your heart to skip a beat. Alternatively, you might find yourself running out of the house and going after that one person you’ve long loved and, as the Chadwicks explain, finally letting them know. Now it’s time for the rest of the world – or at the very least Southern California – to wake up and realize there’s a special couple making meaningful and exciting music.

South Africa is the probably the last place you would look for a band that combines the punk rock of The Ramones, the gnarly garage rock of Jack White, and the mystical rock of L.A. Witch. Well, that’s exactly what The Medicine Dolls are doing – and with some outrageous results. Their new single, “Kiss Kiss Kill Me”, is evidence of their flame-throwing approach.

This song just rocks. It is gritty, it is gnarly, and it is a lot of fun. Like the punk rock of the ’70s, the song at its most feverish points rocks with fearless abandon. The combination of Greg Allan’s howling voice and Bex Nicholas’ distant background vocals also recall the era’s anything-goes mentality. At its calmer moments, the song is sinister and dark. A feeling of one being trapped in a dank cellar overtakes the listener. Allan’s vocals turn from aggressive to desperate as he seeks to find and win over the one person who could free him from his curse. But if she gives him what he wishes, what will happen? Does she succumb to his wishes? We’ll never know, but for now count us in as giving into The Medicine Dolls’ cataclysmic seduction.

Finding some good, clever indie-pop music can be difficult because so much of it sounds the same. Now how does one separate himself from the pack? For starters, channel one of the great indie-pop bands of the past 20 years and modernize their sound. The man behind Paper Pilots, Justin David Bocchieri, is like a new age Death Cab for Cutie with vocals akin to Ben Gibbard. Don’t believe us? Just check out his latest single, “Playing Games”.

Like the Seattle indie giants, Bocchieri has created one heck of a sugary earworm. The song is catchy and addictive, and it will have you bopping around your room. Even the song title is clever. At first, it seems like another guy crushing on not one but two women. However, this tongue-in-cheek number is about a playboy and his free-wheeling ways. Bocchieri is essentially making light of those guys who like to play games. So dance to your heart’s content and laugh out loud at the same time.

RIYL: Slowdive, The Jesus and Mary Chain, My Bloody Valentine 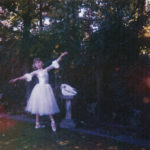 (Note: the video for the song is below if you cannot play the audio. It’s well worth checking out anyway.)

Just when you think Wolf Alice couldn’t extend themselves any further, they surprise you once again. Back in June, they released the post-punk track, “Yuk Foo”, a ferocious maelstrom of noise. They followed with the delicious “Don’t Delete the Kisses”. Last week, the London quartet unveiled the ’80s-inspired pop-rock tune, “Beautifully Unconventional”. With these three songs, their sophomore album, Vision of a Life, is shaping up to be a grand kaleidoscope of sound and textures. Now they deliver a track that could make Slowdive stare in wonder and appreciation.

“Heavenward” is a ravishing piece of jaw-dropping, breathtaking shoegaze. Like Slowdive, Cocteau Twins, and My Bloody Valentine, Wolf Alice have created a song that steals your mind for five minutes and takes you high into the skies. Joff Oddie’s guitar work is the standout feature as the reverb-drenched notes give the song its dreaminess. The addition of the saxophone is a great touch and further increases the song’s delirium. Ellie Rowsell’s vocals, meanwhile, are gorgeously delicate when she whispers her final moments of life and shares her expectations to come. This song is a showstopper, and it’s the opening track on the new album.

Speaking of which, Vision of a Life arrives September 29th via Dirty Hit, RCA Records, and Liberator Music. It is sure to be one of the most eclectic albums of the year – and possibly 2017’s most memorable. 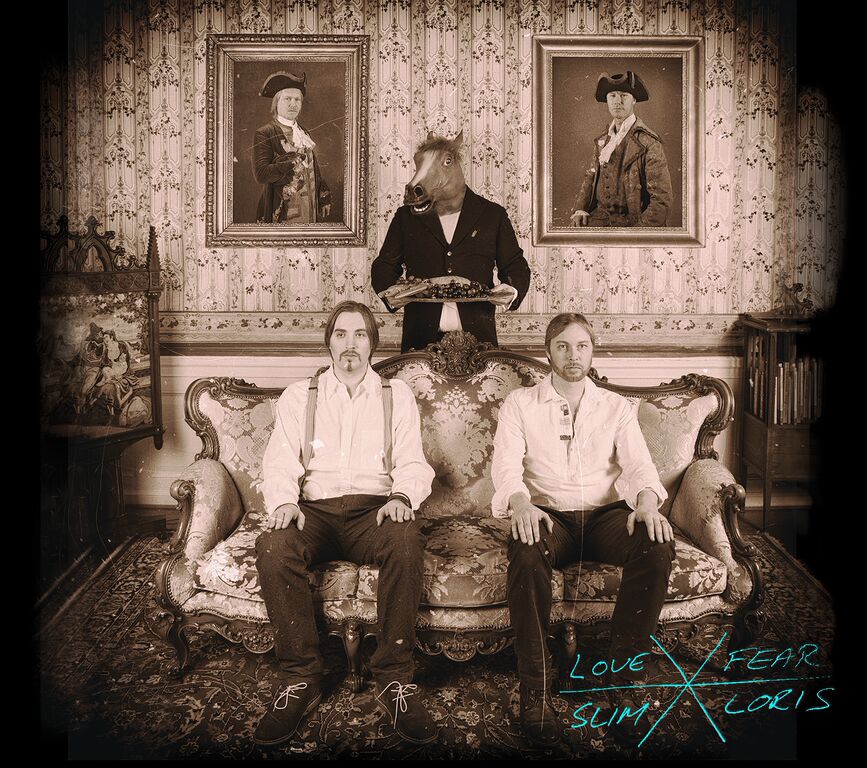 Mundo Musique: “4th and Roebling”, the New Single by The Districts 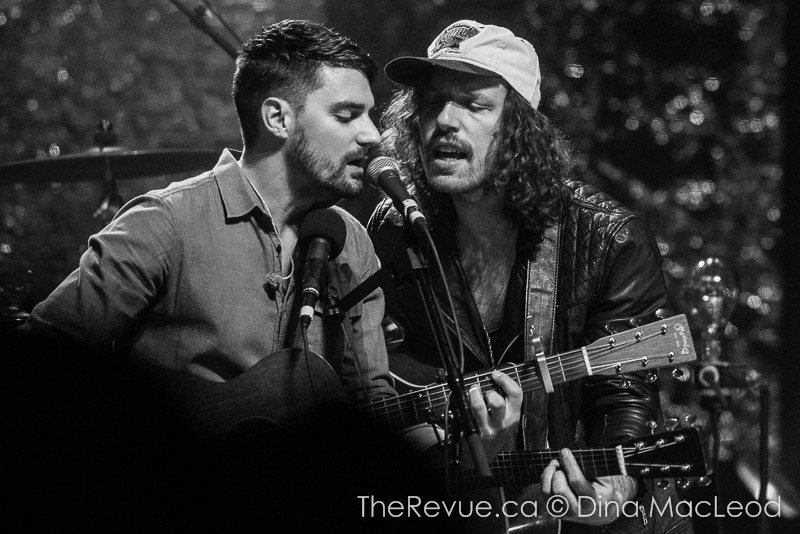