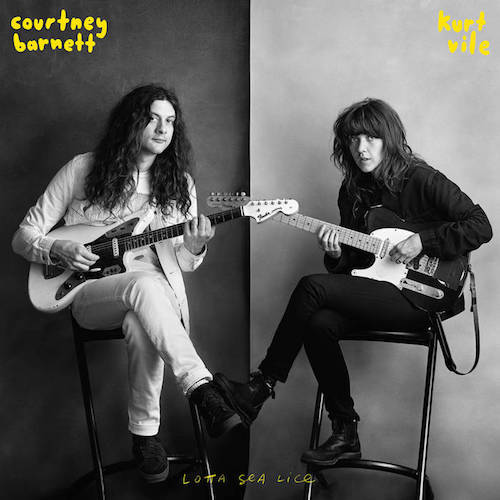 The Melodic Tonic ’17, September 27th edition provides the perfect antidote to the mid-week blues – a.k.a. hump day. Most of the tunes will leave you in a relaxed state, and we’ve included the video to one song as it’s a must see. Happy Wednesday everyone. 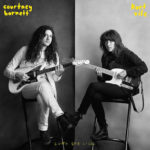 The upcoming collaborative album between Courtney Barnett and Kurt Vile just keeps getting better. Every song the duo have shared so far has us anticipating the arrival next month of Lotta Sea Lice; now they have shared a teaser video for the album’s “Continental Breakfast” single.

In the :39 second promo, Barnett takes Vile back to her Australian roots. The duo laugh over their awkward younger years (school photos!) while painting more visual imagery you can’t forget:

Barnett and Vile may be indie superstars, but they were once awkward teenagers just like all of us. This alone has us hoping their first album together will be one of many. 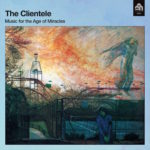 If you woke up feeling old (or stressed) today, then the gauzy baroque folk of The Clientele will provide instant rejuvenation. Last week the English folky psych-pop outfit released their first new music in seven years, and it’s gorgeous. The standout track from Music for the Age of Miracles is the breezy “Lunar Days” with its lush tones that swirl around you.

Longtime fans of The Clientele know to expect the London band to weave a rich tapestry of sound. But oh, to be a new fan discovering these guys thanks to this tune.  “Lunar Days” sounds modern despite its ’70s and ’80s retro influences (Nick Drake, Galaxie 500) with hints of modern baroque pop icons Belle and Sebastian. This should please new fans while also satisfying fans who have remained dedicated since the band formed in 1991.

Music for the Age of Miracles is out now via Merge Records (US) and Tapete Records (EU) with streaming and purchase links here. 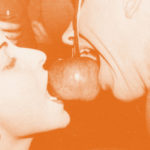 There are some things in life you can always count on: the sun rising in the east and brilliant music from Nashville-based musician Eef Barzelay. The Israeli-born singer-songwriter hits yet another home run on “Song For D” from his newest LP, The Sinking In of Things.

On this song he guides us through his off-kilter musings. Between reminding us that “Don’t nobody want to be afraid” but “We are doomed to always be exactly who we are,” you can’t help but love Eef Barzelay even more. He doesn’t sugar-coat his messages; the lyrics alone are stark enough. But the perfect balance comes from Barzelay’s uncanny ability to make something otherwise gloomy sound bright and, dare we say, cheerful? In this world that seems to be getting more insane by the day, this song helps you forget.

This single is available on Bandcamp as is the entire album for monthly subscribers.

The Weather Station – “Kept It All to Myself” (Toronto, Canada) 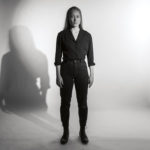 The Weather Station‘s Tamara Lindeman is an old soul communicating in a young voice. That voice is chameleonic on the Toronto band’s newest single, “Kept It All to Myself,” sounding at times like Joni Mitchell and The Pretenders’ Chrissie Hynde. But when you peel back those layers of comparisons you find a strong woman addressing her own mental health. This is when you realize (if you hadn’t already) that Lindeman is just as fierce as the folk-rock goddesses who have preceded her.

The things she “kept” all to herself were struggles with mental health – the lack of focus and clarity, the self-doubt, and the fears that creep in at every corner. But instead of keeping those feelings bottled up, the emotions became this song. It’s light enough that you’ll be bobbing your head along with the chorus – but you won’t be able to forget what it took for the song to become reality. In the end, it’s a testimony to Lindeman’s strength.

The band’s self-titled, self-produced album arrives October 6 via Paradise of Bachelors with pre-orders here and from Bandcamp.

People like to say the Future is Female, but in music women are the present. The best, most powerful, and most innovative songs are coming from the likes of Courtney Barnett, Chelsea Wolfe, Zola Jesus, Sharon Van Etten, and an army of other singer-songwriter. There is also a huge wave coming, led by Julien Baker, Billie Eilish, Marika Hackman, and several others. Soon to join them is EM.

This building up her portfolio, little is known about Emily Beihold other than the Los Angeles-based artist is first and foremost a singer-songwriter and a musician second. Her new single, “Calculated”, is an example of her talents. As the mournful keys and taut beats echo in the background, Beihold’s soaring vocals come and her story about the abusers and the abused dominate the foreground. It’s a remarkable introduction to a young woman (she’s only 20-years old) who is only starting to scrape her potential.

You’ll be hearing more from EM as she has two songs placed on an upcoming featured film starring Academy Award winner JK Simmons (best actor for the 2014 movie, Whiplash).