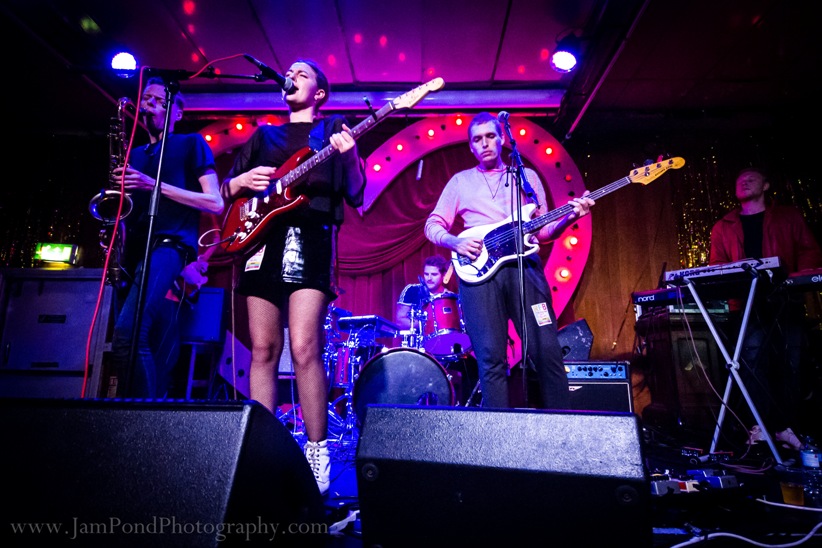 Another day, another trip to London’s East End. This time for the launch party for Alaskalaska’s new EP.

Bethnal Green is part of London that still feels a bit edgy, despite the encroaching hipster wine bars and craft beer pubs. The Working Men’s Club looks like it probably did in the 1960s with pine-paneled walls, a downstairs bar that sports both table tennis and bar-football tables, and an upstairs hall with sticky carpets, laminated furniture, and the largest mirror ball I’ve ever seen. It reminds me of my days as a little kid watching my Dad’s covers band play in between the bingo and “the turn” (or comedian as they are now known).

So you could say it was a bit of an odd place for Alaskalaska to launch their new EP. But Alaskalaska are pushing boundaries, so in fact it was perfect. 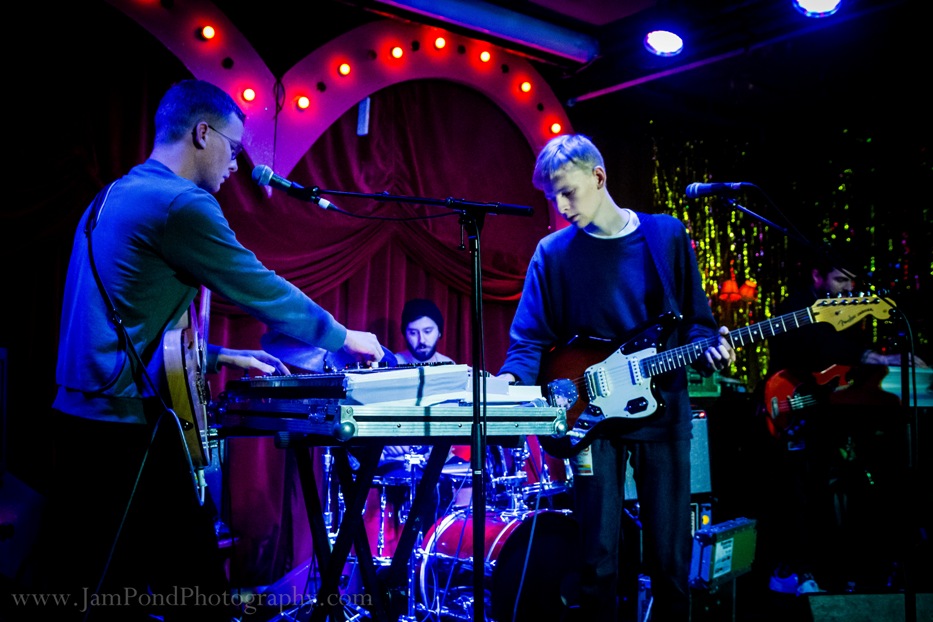 Canada’s Boniface kicked off the evening. They’re a four-piece indie-pop band of drummer, bass/keys, guitar/keys, and Micah Visser on guitar/vocals/keys. Yes, they’re great at doubling up.

One of their Facebook pages says that we should, “Expect emotive vocals over sugary synth lines, intimate lyrics over dance beats. It’ll make you remember that person that broke your heart, then dance until you forget about them again”. Most of this is true, although I was too busy trying to work out if they are as young as they look to be thinking about broken hearts. Or to dance for that matter. 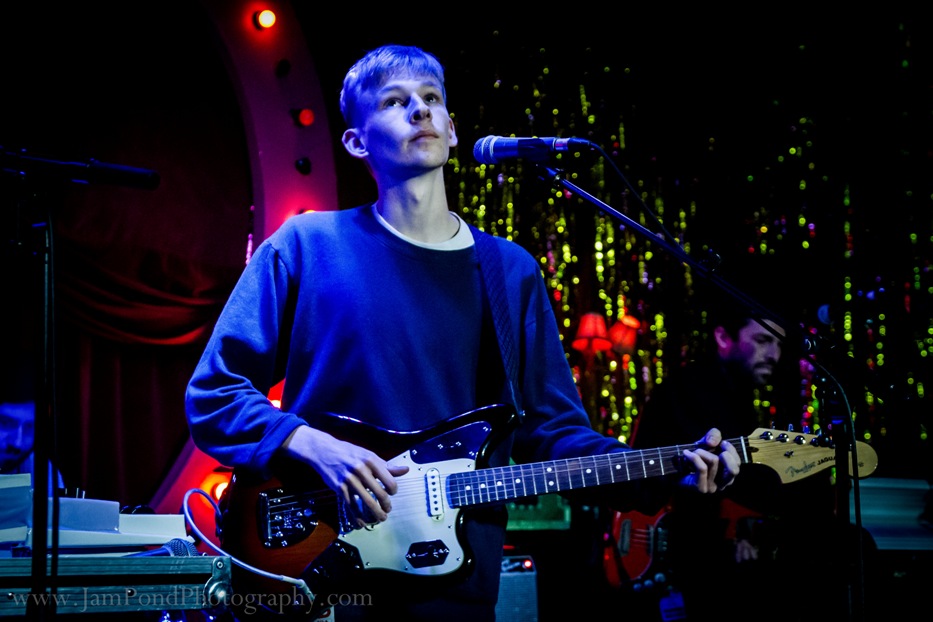 Previously known as just Micah Visser (having changed his band’s name in June), the Winnipeg lads were a long way from home. The highlight of the set for me was the appropriately named recent single,  “I Will Not Return as a Tourist”, which would sound good on a Coldplay album. Having said that, they’re playing the By the Sea Festival in Margate this weekend, so they may struggle with that one. 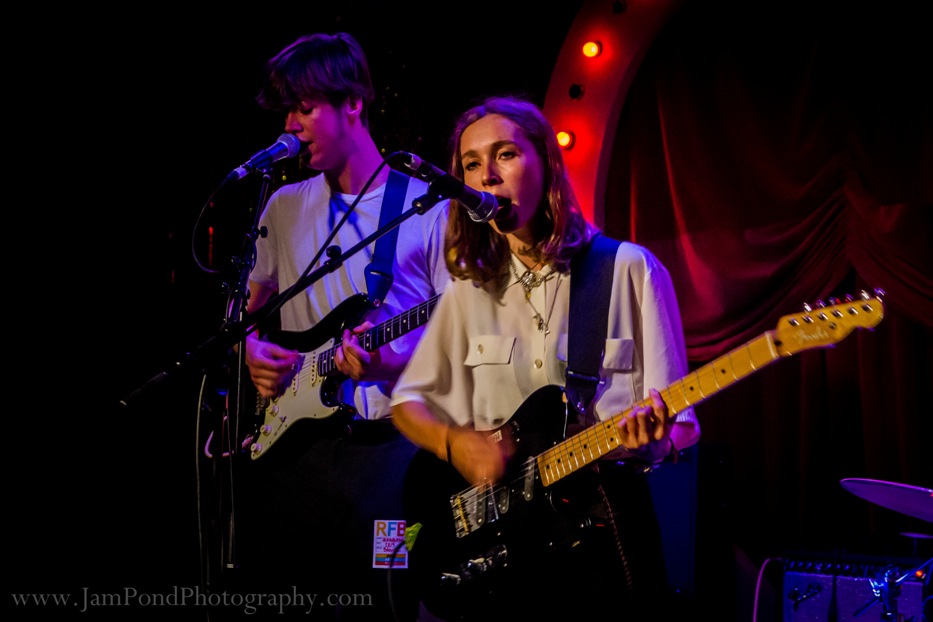 Sorry write songs that come from behind the bike shed at the indie/garage school. They play them straight with little ceremony. There’s some swearing in there, too, and their downbeat tunes inhabit the corners of back alleys where you wouldn’t want to go after dark. Their set pushed the listener into an uncomfortable place. It could have been a soundtrack to The Walking Dead with Asha, a Keira Knightly look-a-like, in the lead role fronting the band. 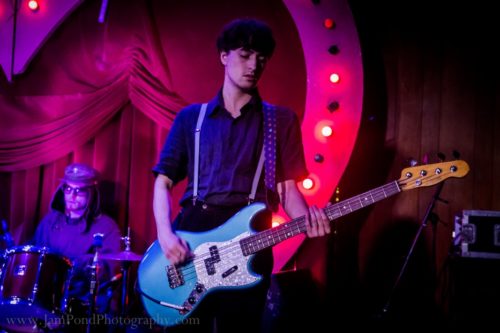 Sorry are in the crowded grungy space, and I felt that maybe they need to make themselves stand out a bit more (although the drummer’s French Foreign Legion type outfit is something I’ve not seen before). I’m also none the wiser what they are apologizing for. Maybe for recently changing their name from Fish and making my attempts to find their social media links a bit more tricky. It seems like the name changing thing is contagious.

First, it should be noted that Alaskalaska are neither from Alaska nor a Ska band. I don’t think they were formally known as anything. Regular readers will know that I stumbled into the end of their set at the recent Alvvays LP launch gig at KOKO, and I promised to return to do a full report. I’m glad I did. 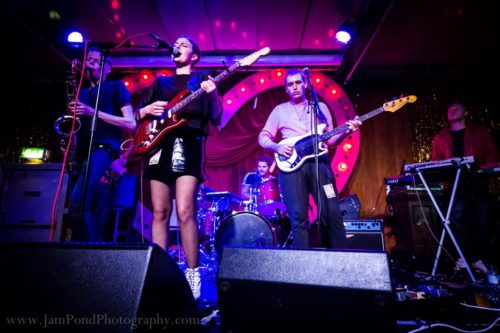 Alaskalaska are a six-piece made up of Joe Webb (keys), Gethin Jones (drums), Fraser Rieley (bass), Calum Duncan (guitar), and Fraser Smith on sax. The band’s driving force, Lucinda John-Duarte, completes the lineup on guitar/vocals. Tonight was a party to celebrate the launch of their latest EP, Patience. The choice of venue probably showed their playful side – at one point Lucinda told us that it was her favourite in London. These guys are keeping it real, but I don’t think they’ll be playing small clubs for much longer. 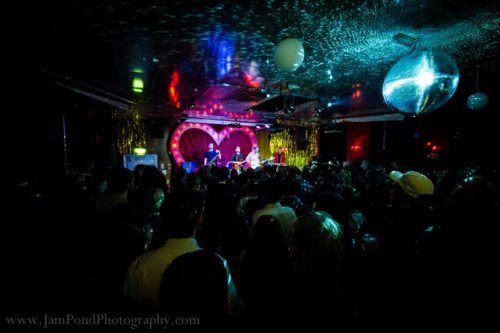 The band is known for short sets, and tonight they stuck with that philosophy, giving us a magnificent 7+1 tracks. Their music is luxurious, opulent, engaging, and rich in hooks and catchy rhythms. Their songs demand to be listened to, digested, and absorbed. Opening song “Bitter Winter” was a winner for me and had me well and truly captivated.

“Patience” itself has an Oriental feel to it, complete with auto-tuned vocals and a watermelon in the video. It’s probably the place to start to discover this very excellent band. (I must have played it 10 times whilst writing this piece). Choppy ear worm guitars and keys, an underlying bass groove and sax parts that would sound slick in the background of any Motown anthem.

Just don’t change that most memorable of band names.

Tonight’s turn was called Spider – a “comedian” in a balaclava who had two cans of spray string taped to his arms. It was apparent that he was a mate of Alaskalaska. Spider emceed the event in between bands by generally being mean to a few people in the audience and attempting to play a game of bingo (until he realized no one had pens). Interesting as a distraction and as a mood setter, but made me glad that he is the first of his kind to appear at a gig I’ve covered for The Revue.

Marcus Jamieson-Pond is a regular contributor to The Revue. See his back stories here. More than 200 band shoots (including more photos from this gig) can be found at www.jampondphotography.com/gigs. This event was promoted by Rock Feed Back. 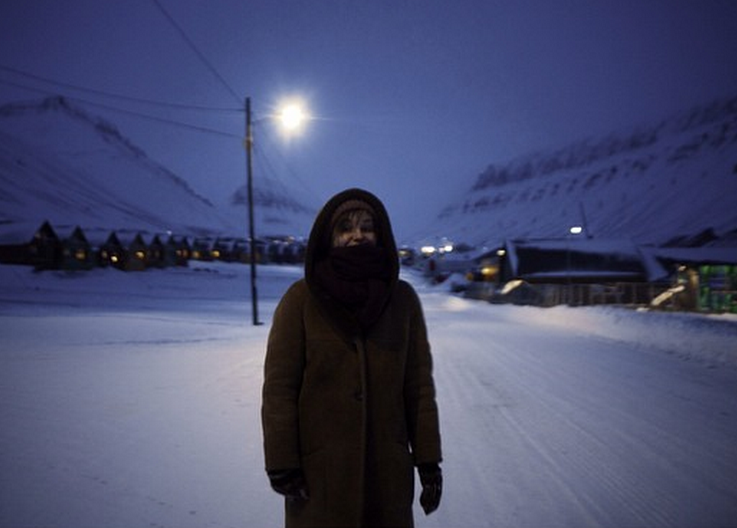 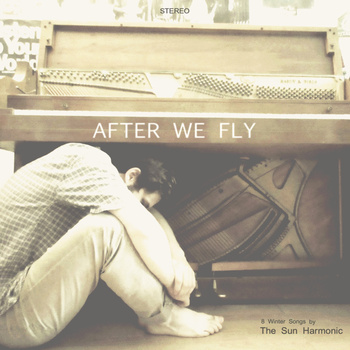 The Sun Harmonic – “After We Fly”