The Matinee October 2nd includes 6 new amazing tracks to get you started for this new fall week. We hope you find your new favorite song or band today. Artists are representing the US and the UK today.

Cavalry have continuously been releasing melodic and atmospheric tracks that command the listener’s full attention.  Their newest track “Heresy” continues to impress as we have a subtle beginning that climaxes into an eruption of reverberating guitar, soaring vocals and expansive melodic harmonies.

“Heresy” is from the quintet’s upcoming EP titled See The Night Perform due out later this year.

Fake Guns is the newest project from Alex Fitts (The Kickdrums) and Chris Wall. “Night Time” is the perfect closer to summer as we begin to experience a little bit crisper evenings as autumn evenings approach.

“Night TIme” includes an addicting bassline, pulsating drums and uplifting synth that frame the vocals and magnetic hooks perfectly. Lyrically the track tackles being inspired by others and trying not ot focus on stress or worry in daily life. Fake Guns is equal parts psych-tinged rock mixed with garage style production and an upbeat yet in your face attitude.

GETRZ released their self titled EP at the tale end of August and we are just now coming up to speed. “Jewellery” is a real banger from their most recent release and it’s definitely worth sharing.

“Jewellery” is filled with urgent vocals and killer guitar riffs that carry the track throughout. Lyrically the song chronicles seeing someone from a past relationship recently who is ” wearing the same old jewellery I bought you years ago”.  The guitar riffs are killer and the added vocal harmonies make for an magnetic and energy filled track.

“You Said You Needed Time” is the latest from singer-songwriter Matt Cross. The track has a great throwback rock vibe and reminds of early 60s influences including John Lennon and The Beatles. “You Said You Needed Time” is telling the story of a relationship that is on a break, and more notably, probably over. The reverb is perfect in this track and the added industrial elements make for a very unique and original sound as Mr. Cross’ vocals are framed perfectly against the calculating production.

“You Said You Needed Time” is a follow up single to Matt Cross’ debut EP titled Better Late Than Never. So far Matt Cross has 6 tracks under his belt and the talent from this young singer-songwriter is very apparent. He completely has the potential to break out into the rock heavy singer-songwriter arena and gain a strong fan base with more exposure.

Matt has been writing for the past 2 years and has many songs written yet unreleased. We are sure this is only beginning for Mr. Cross’ future musical career.

We are excited to hear new tunes from THUMPERS. After their success in 2014 and the completely addicting track “Unkinder (A Tougher Love)” which forced many serial repeats,  we are glad there is a follow up from M. Pepperell & John Hamson Jr.

“Caramel” is a captivating track that likens the delicious taste and consistency of caramel to a relationship. The track is dreamy and super catchy which is no surprise. THUMPERS has crafted the perfect formula of producing addictive as hell melodies and forcing multiple listens with each new release. “Caramel” has the perfect mix of percussion, synth and reverb along with memorable guitar riffs and soaring vocals.

“Caramel” is taken from their new album, Whipped & Glazed. Links to order the LP can be found on their website (see below).

TRACE is making a name for herself and her mother is Vietnamese pop singer Carol Kim.  TRACE has been involved in music for just four years even though she has been around it her entire life. TRACE has taken the solo route and is currently writing and producing all her own material in a makeshift studio in her LA apartment.

“You Don’t Know Me” is the latest release and a follow up to her EP titled Low. “You Don’t Know Me” has an upbeat and somewhat tropical synth vibe as her delicate vocals take center stage. The song was written about assumptions we often make from a glimpse. “To really know someone is an intimacy we crave and rarely feel,” TRACE says.

It’s only a matter of time before TRACE becomes a more well known name. She already has millions of plays on Spotify between her releases and each new track is showing her continued growth and talent as an artist. 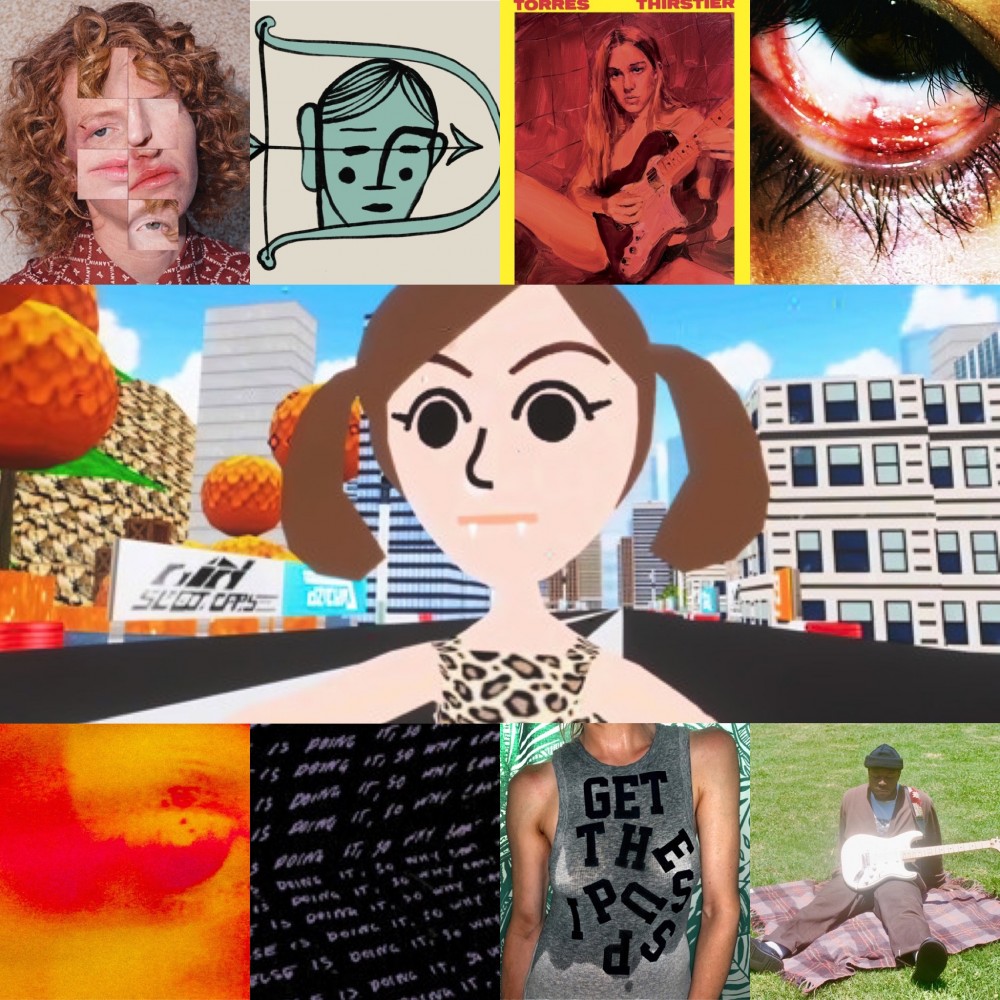