It’s Friday the 13th, and we could share a creepy playlist or just share great music regardless of the tone. We’ve opted for the latter because a good spooky tune can be shared year round in our opinion. So put on the headphones or turn up the speakers, and enjoy this terrific selection of new music on The Matinee October 13th. We kick things off with a powerful song by one of the great soul, R&B, and gospel singers to grace this planet.

Throughout her nearly seven decades in music, Mavis Staples has time and time again shown she knows the pulse of the nation. From the Civil Rights anthems that occupied Only For The Lonely to the inspirational You Are Not Alone, the Chicago native’s music has always been emotionally moving. Staples is now readying the release of her latest record, which sees her return to her activist roots. As she told Billboard in an extensive interview, she wants to become a voice for change, explaining that “the only way that I know to let the world know how I feel is through my songs.”

And her latest one, “Little Bit”, is a powerful, emotional affair. Through the low-key, ’70s funk vibe, Staples tells the story of a young man who gets pulled over by the police. He doesn’t have his license, and suddenly things change for the worse. As Staples painstakingly sings, “Now my baby won’t make it home.”

However, Staples’ focus isn’t just on the events that have led to the rising racial tensions in the US. She also encourages people to overcome their fears and learn from one another. It’s the only way we can move forward.

Staples’ fifteenth studio album, If All I Was Was Black, arrives November 17th via ANTI Records, and Wilco front man Jeff Tweedy once again is the producer. The LP should be a powerhouse of a record. Pre-order it here. 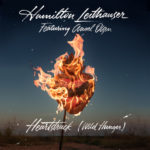 There have been some great collaborations of late, like the new Courtney Barnett and Kurt Vile album and Alex Cameron’s duet with Angel Olsen. Yesterday, we were graced with another fabulous pairing that exceeds even our wildest imaginations – The Walkmen’s front man Hamilton Leithauser teaming up with the aforementioned Olsen on “Heartstruck (Wild Hunger)”.

The song is what one would expect from two indie artists who have an infinity for the classics. “Heartstruck (Wild Hunger)” is a mélange of genres and sounds of the past. The strings give the song a classical music vibe, but the jazz-pop arrangements are right out the ’20s and ’30s. If the play / film Chicago was going to modernized, this song would be perfect on it with Leithauser and Olsen in the lead roles of course. Their voices are a perfect marriage, as Leithauser’s booming croon fills the air while Olsen’s bittersweet voice makes hearts flutter. Beautiful.

Leithauser and Olsen are at Austin City Limits this weekend with the former on today and the latter performing tomorrow. Olsen, though, might already be in Austin, so here’s hoping for a surprise.

In case you cannot play the SC audio, the Spotify version is provided below.

“High All Day” is the newest track from Max Frost. It’s a perfect after break up song, especially if you just want to sit in the sadness for a bit. It’s also kind of a contradicting track because it’s so upbeat and top-tap worthy yet the lyrical content is not so sunny. Frost has a penchant for that though as most of his tracks talk about heavy subjects in the most dance-able way possible.

Max Frost will be releasing more tracks soon and his new direction has taken a bit more of a hip-hop vibe but it still works for the=i multi-talented artist. Frost is in the middle of a one man band tour and has been able to flawlessly string together all of the elements within his songs all by himself in a live setting. If you don’t believe us, check out a video of Paranoia live.

The single is out now on Atlantic Records.

We rarely – actually never – share a re-cut of an original song. It’s just an area that we haven’t focused our attention on nor do we have much, if any, knowledge about the field. There is, though, always a first for everything, and it takes a special band or artist for us to change course. Maribou State fit the bill, and Chris Davids and Liam Ivory are one of the few electronic duos to whom we pay close attention. Yesterday, they dropped one of their re-cuts from their DJ sessions, and it is a doozy.

Their re-make of Funkadelic’s “Maggot Brain”, which was originally released in 1971, is awesome. The new rendition is still funky and intimate, but Maribou State have turned the original into a dark, enchanting number that feels like a lonely walk through the deserted, early morning streets of New York City. Some of Eddie Hazel’s guitar work remains, as it interwoven into the duo’s fantastic rhythm-driven production work. Who would have imagined such as marriage would be so perfect?

If you like this re-cut, check out the original “Maggot Brain”, which will blow your mind. We also have to thank Maribou State for reminding us about Funkadelic’s greatness and innovation.

Meadowlark – “May I Have This Dance” (Bristol, England)

We don’t share too many covers unless they leave an emotional mark, which is what Meadowlark have done. The duo of Kate McGill and Daniel Broadley have long mesmerized us since they were identified as a “hidden gem” in March 2015. Since that time, they’ve become one of the UK’s most promising synth-pop duos, and their rendition of Francis and the Lights‘ “May I Have This Dance” will add to their mini-legacy.

The original featured Chance The Rapper and was a mix of electro-pop and 80s synth-pop. Meadowlark, however, have completely stripped the song way back and turned it into an intimate and heart-wrenching ballad. All that is heard are McGill’s immaculate vocals and Broadley on the piano and backing vocals. For those who are planning to get married in the near future, this could either be your wedding song or even the dance you have with your parents.

The brother sister duo is back with a new track titled “Sober”. From New Portals‘ Facebook pages, they give a brief explanation: We’re releasing it in collaboration with the peeps heading up the “Sober For October” campaign over at Macmillan Cancer Support. All track sale proceeds will go to them.

“Sober” is a great track that speaks of only needing a relationship in your life to feel something different. It also poises the question if you can still have fun with another person without the addition of drugs or alcohol, are keeping those things in your life necessary to live a fulfilled life. Ruth’s vocals on the track once again captivate the listener throughout and Mike’s simple yet stunning production makes for a lovely surprise track from the Irish duo.

We’ve stated for the last 3 or 4 years that women are making the best rock music on the planet. The list is lengthy and adding to it is Canadian rocker Skye Wallace, who had adopted the punk and rock ethos of the ’70s and ’80s. Specifically, she’s creating high-energy music that rejuvenates your body while crafting stories that belong in bookstores. Her new single, “Scarlet Fever”, is a perfect illustration of her multi-purpose art.

Musically, the song is a feverish number. Hammering percussion, groovy bass lines, and a searing guitar are expected, but it’s the tickling keys that give the song a classic feel. The bridge in the song is excellent to accentuate the emotion in the protagonist’s words. And exactly what is this song about? We’ll let Ms. Wallace explain:

“I wrote ‘Scarlet Fever’ about a love story set in the Yukon. After a winter apart, Scarlet is arriving in the Dawson City harbour by boat and her lover awaits on land, petrified with uncertainty over the state of their devotion. The song’s energy evokes the messy turmoil of love and lust.”

Maybe she can write a whole record that is like a novel or film script. Now that would be something.

Two years, Melbourne quartet Totally Mild‘s debut album flew under most people’s radar (including ours), yet it was one of the most critically acclaimed with The Guardian giving it a perfect five-star rating. The band fronted by Elizabeth Mitchell are giving us another opportunity to discover their art, as their sophomore album will be released in February 2018 via Chapter Music. If the first single is any indication, the LP should be one of the new year’s early standouts.

“Today Tonight” is the perfect mash-up of mid-20th Century pop and contemporary jangle pop and indie rock. It’s a difficult song to explain because in its 150 seconds it undergoes at least three melody and chord changes. It starts off wistful and nonchalantly like the jangle-pop of Dick Diver, but at the bridge it slows into a dramatic ’50s bubblegum pop approach (think The Shangri-Las slowed down). It ends with reverb-filled guitar solo that if it was extended likely would have approached Angel Olsen-like awesomeness (and maybe live they’ll do it).

The stand-out element, however, is Mitchell’s vocals, which waiver from sweet to decadent to sultry. Her lyrics are pretty great, as she describes a day in the life of a woman who does a lot of waiting for her partner to come home. Is he cheating on her? Are there other issues at play? The mystery goes unsolved, but maybe we’ll learn the outcome in February.

In the meantime, grab this ultra-cool single at the label’s site or on Bandcamp.

We’ve been fans of Los Angeles-based quintet VOKES for a little while. In doing some quick research, we’ve been following their careers since the very beginning, which is surprising. We mention this because we assumed the band was already pretty established within the LA scene. The actual fact is that they’ve been performing only for just over 18 months, and this only adds to the impressiveness of their music. Every single they’ve released is tight, as if they’ve been playing together for at least a decade. With each song, the band’s sound matures and they expand their approach. They started off as the project of just Mike Harris, who was making funky indie-pop, but then slowly grew to be an electro-/synth-pop outfit of two then three guys. Now, VOKES consists of five members, and their latest song is another step in their evolution.

The pop structures remain, but with a fuller band Harris and friends add a bit of electro-rock in “Screens”. The song is cool, smooth, and groovy with just the right amount of searing electric guitar to add some spice to the track. Adding some bass and live drums also elevate the track, giving it a true funk flavor. One thing, however, has remained the same – Harris is underrated songwriter. On “Screens”, he focuses on our obsession with technology and ourselves (i.e., selfies) that we fail to see the world around us. That we lose our individuality, our own identities, and our collective humanity. Preach on brother! 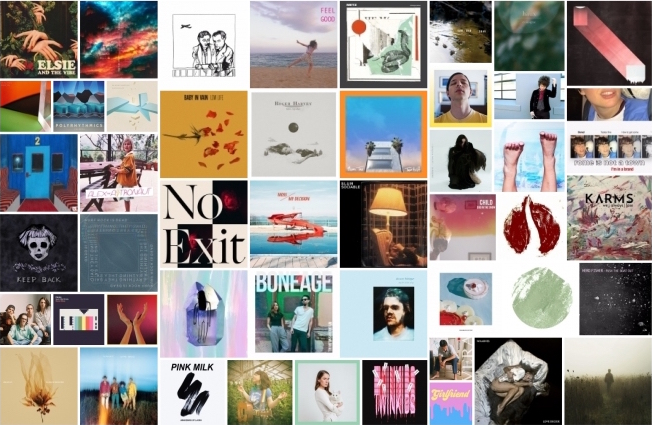