There are nine Grade A selections on offer on The Matinee October 26th edition. Most of the numbers are fun and even a bit outrageous. A few are gentle nods to the past, musically and lyrically. Then there is one song that sticks out for being, well, odd. Enjoy the songs and hopefully you’ll find one if not nine new bands and artists to follow.

To say we are fans of Dream Wife would be an understatement. We’ve been following them since their early days because their brand of dance-punk is outrageous. Outrageous in the sense that it is fun, lively, and exciting. So when news broke that they’ll be releasing their first full-length early in the new year, there was a little celebration happening here. With every party, there must be music, and, of course, the English-Icelandic trio obliged with another energetic number in “Let’s Make Out”.

Lyrically, the song is exactly what the title says. It’s about making out – well, it’s front woman Rakel Mjöll challenging someone to express her or his feeling and proving that s/he feels that way. Her storyline is pretty funny, but what makes the track is the frenetic energy. This is rip-roaring fun where you don’t mind being in a sweaty mess when the song comes to an end. F***, the world needs more bands like Dream Wife.

Speaking of losing yourself, this next track will blow your mind. Before pressing play, count to three, hit the button, and scream because Egyptian Blue‘s new single, “Cut Me a Hole”, explodes right away highlighted by a cracker of a wail. That, though, might be more of an understatement as it’s more of an uncontrolled screech. Once that passes, the song doesn’t relent for a second, but instead it grows in its fury and anthemic quality. As such, you’ll want to be dancing, jumping, and just losing your mind for three-and-a-half minutes.

Your guess is as good as ours regarding what this song is about. It might be about savages or zombies who prefer raw meat over cooked meat. Or maybe it’s the Brighton-based band’s way of explaining the unusual circumstances of the world, where having a lobotomy is the only way to make sense of what is happening. We’ll bet on the latter.

Australia has some of the best and most clever women artists on the planet. The list is extensive – Courtney Barnett, Bec Sandridge, Alex Lahey, Jack River, Sophie Hopes of Tired Lion, Meg Mac, etc. If Georgia June continues to write catchy, witty, and amusing songs, like she did with “Cool” and repeats it with her latest single, “Broke”, she’ll definitely join this select company.

While the song whirls with an addictive, fuzz-filled pop-rock vibe, June’s lyrics are outstanding. She’s a first-rate lyricist who takes ordinary events and turns them into an adventure. In this case, she explains what it’s like to be a young person chasing after popularity, which means maxing out her credit card, alienating all her friends, and then having to return home with nothing in her name.

“My credit card got declined,
I guess this is a sign.
I should stop spending my money on useless shit,
But I’m in love with those shoes.”

In due time, June will have all the money to spend on those shoes because she’s a star in the making.

There are plenty of reasons to love The Growlers, and one of them is that you just never know when they’ll release a new song. They’ve never really been ones to follow traditional paths, but instead, as the old adage goes, they march by the beat of their drum. Yesterday, they offered their latest surprise with “California”.

The song, which was produced by Dan Auerbach, is partly an ode to their home state as well as a very subtle protest tune. Brooks Nielsen sings eloquently all the great things about the Golden State, such as the beautiful sunshine, the “eyes that smile”, and, of course, it’s recreational activities. Then there is the simple fact that California is more open-minded than most of the US, where the state can feel like an island from the troubles and chaos afflicting the rest of the country. If you’ve been to California, it’s easy to understand why The Growlers think home is like paradise.

This is The Growlers’ second single they’ve released in the past four months, and the previous one was “Late Bloomers”. There’s still no word on whether a new album is coming. In the meantime, those in California can catch the band on the weekend, as they’ll be playing two shows in San Pedro. They then head to Australia for a two-week trip. Dates and information are available here.

Get ready to smile because Howard‘s new song will have you feeling like it’s a brand new day with the sun shining and not a cloud in the sky. That song is “Mother’s Wedding”.

Like a song blasting out of a ’70s jukebox, the Brooklyn-based quartet have crafted a tune that is perfect for summer BBQs, autumn fires, and intimate nights at home. It is elegance captured in just under four minutes. Even lyrically, the track is filled with memory and optimism, as frontman Howard Reibusch recounts a dream he had around the time his mother remarried. The song effortlessly moves from a room of his mother’s clothes on the floor to marriage ceremony to the dinner and dance that follows. It’s a wonderful tune that will have those who have had the privilege of saying “I do” remember their own special day.

Kevin Morby is one of America’s great singer-songwriters and definitely one of its most underrated and under-appreciated artists. His last album, City Music, is an instant classic, as he was able to succinctly yet vividly capture the beauty and essence within the chaos of the urban jungle that is NYC. It’s not a surprise, as such, that his newest single is an ode to another of America’s great east coast cities, “Baltimore”. Check that, he’s created two versions of the song, and they’re both like everything he’s done – classic folk-rock that would make Neil Young envious.

Morby provides a short explanation about the song:

I love Baltimore. It is a city with a giant heart and has remained one of my favorite places to keep returning to on tour. It is unique and beautiful and you can’t mistake it for anywhere else in the world – Baltimore is one hundred percent Baltimore.

Both versions are provided above for you to choose which one you prefer. A couple of tidbit of each song:

Pick up one or both singles on Bandcamp. All proceeds will go to the Believe In Music education program, which provides “an innovative music education for Baltimore’s youth”. Alternative listening and purchasing links are available here.

It’s a rare occasion when we share an artist’s or a band’s music in back-to-back weeks. The second song has to be truly extraordinary, and one that elicits responses like “Wow” or “That’s incredibly good”. This is what Klangstof have done.

Last week, they unveiled “Everest”, which swept us away. This week, they blow our minds with a mesmerizing number in “Resume”. This is utter enchantment. As layers of darkwave and callous synths stream through the air to leave us in a trance, front man Koen van de Wardt’s hypnotic vocals gently guide us through the rabbit hole. More accurately, they take is across the wormhole and into a whole new dimension where darkness is stunning. Where the brooding is beautiful. Who needs sunlight and brightness when a world so stark is so mesmerizing. There are only a few bands who can create such experiences, which explains how special this Dutch quartet are.

Their new EP, Everest, is out November 3rd via Mind Of A Genius (MOAG).

How in the world did we miss Shopping‘s new single, which originally was released two weeks ago? We must have been hiding under a rock, but whatever. Now is better than never to share “The Hype”, which you should listen to in an open space.

The song is prototypical Shopping. It’s a little funky, it’s extremely groovy, and it’s a whole lot of fun. The tune is reminiscent of the pop-infused punk that started to come out of the ’70s, except the London-Glasgow trio have funkdefied it for contemporary audiences. Consequently, this tune could be spun at an indoor gathering, just streaming on your phone through your headphones, or even outside during a pool party. Speaking of which, the song’s video shows exactly how “The Hype” is the ideal tune for all these occasions. Excuse us while we start our own little dance party.

The band is comprised of Billy Easter, Andrew Milk, and Rachel Aggs.

We end things with an unusual song and one that we normally don’t share. There is, however, something strangely appealing about “Aphrodite”, the latest song by Dutch collective Zorita. Ska, Middle Eastern punk, Nick Cave-like theatrical rock, and even a touch of jazz are all infused in this bizarre song (and we say this completely as a compliment). They lyrics, too, are extremely amusing, as the band describe one man’s obsession and the perils that come with the most addictive drug in the world – love.

To get the full experience, watch the music video. We don’t have say that, but the video adds to the experience. It’s also pretty funny because most of us can empathize with what the main character is experiencing. 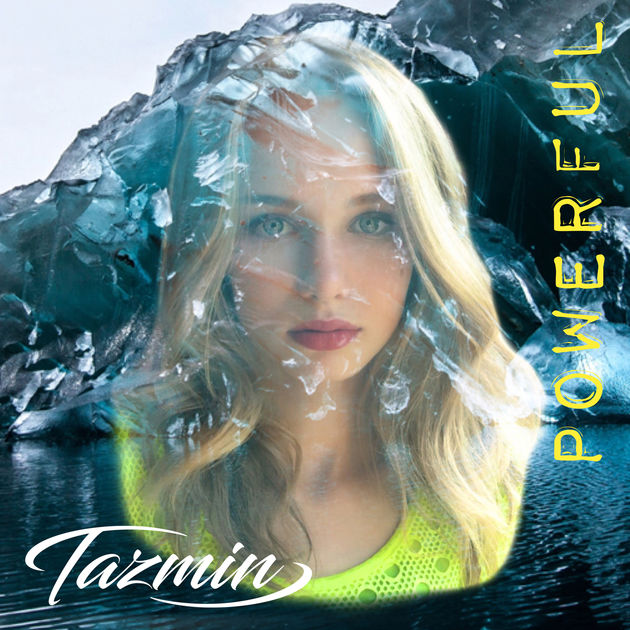