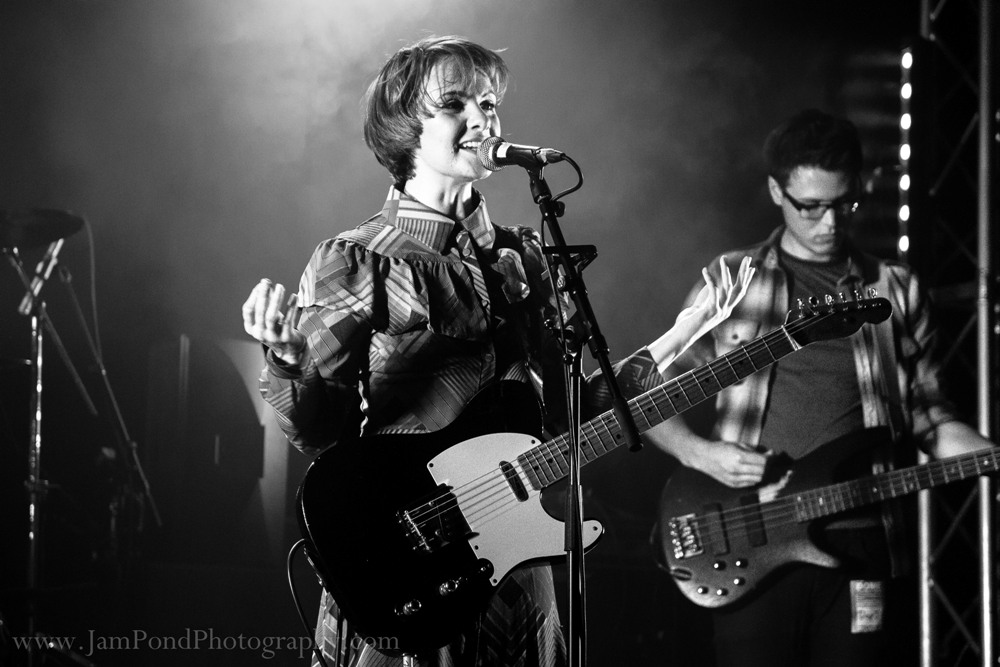 Been a busy couple of weeks for my camera and earplug combo.

Here’s a sample of where I’ve been in and around London. Music is very much alive and thriving in our capital city. Everywhere you turn there’s a band waiting for my camera and cynical commentary. Hopefully this won’t disappoint. 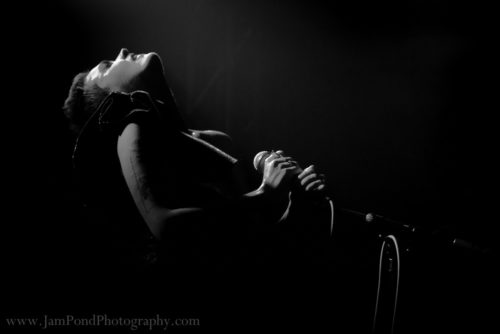 I am probably in love with Desperate Journalist, despite some of the most challenging lighting for any photographer to grapple with. And the darlings of the indie scene used one of my photos for their tour poster afterwards, so I feel as if I am now part of their gang. I shall be wearing a flowery shirt and guy liner from now on. Just as soon as I find a fuse for my fairy lights. Take a peek back at our review of their great new album, Grow Up. 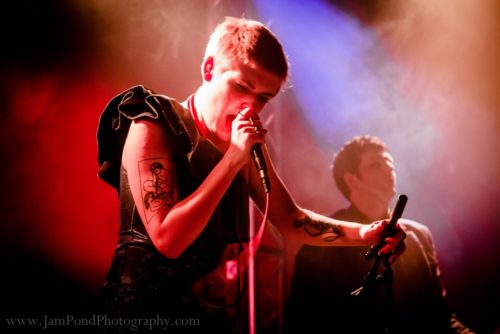 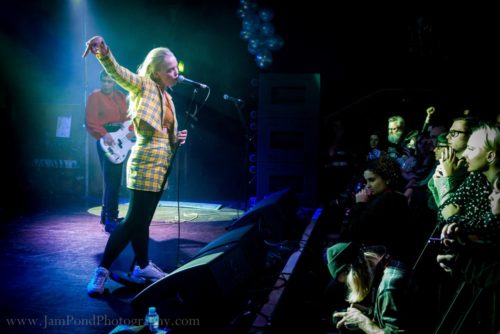 Dream Wife decided to call it a prom night (for no obvious reason) and were amazed that quite a few of their fans had dressed up. The Scala was bedecked with balloons and tinsel and the the band floated, shimmered and raged through a typically high-energy set. They deserve all the praise they are having heaped on them. They came, they saw, and they jumped around the stage a lot. 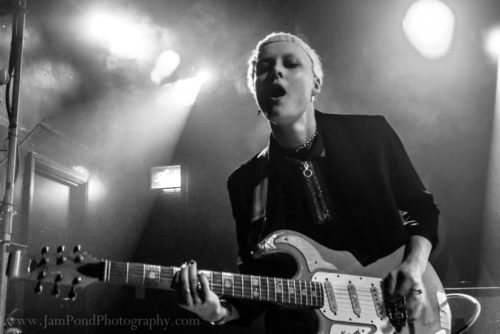 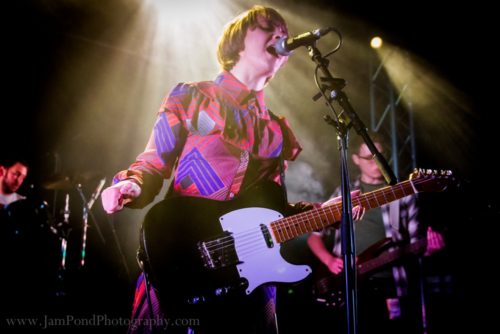 I was asked by the great John Clay if I had seen Fight Milk before. I told him I couldn’t tell him, as I would be breaking the first rule. But I can say that, for me, they were previously undiscovered brilliance. You’d lump them under indie-rock or maybe sweaty-indie. Banter between songs included telling us that the dress was from Primark, and that when they played Manchester the banter got ugly. Unlike the dress and the music then. I doubt that they win many fights. More milk than muscle, but eleven out of ten for effort and commitment. 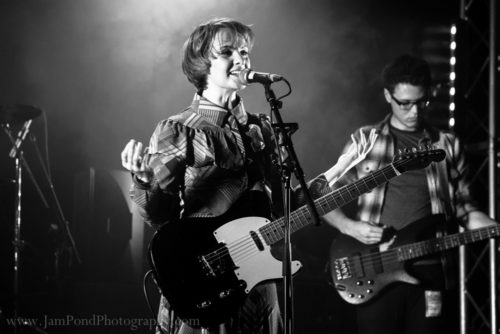 Johnny Flynn and the Sussex Wit 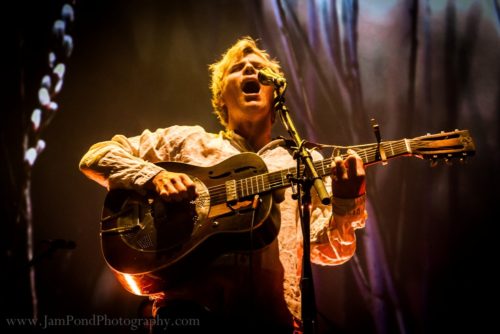 Everybody’s fave slightly hippy, slightly South African, who moves between churning out bluesy-folk on stage to roles on screen. People played unusual instruments – I reckon I saw a cello and a flute as well as a squeeze-box along with the more regular ensemble. During our time in the photography pit, I remarked, “He sounds a bit like Jethro Tull updated”. The other half of the Two Headed Photography Monster totally disagreed. Well Paul is a massive fan, so much so that he bought four tickets to get in. Now that’s another story. 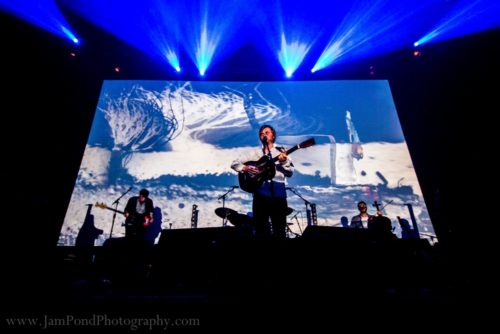 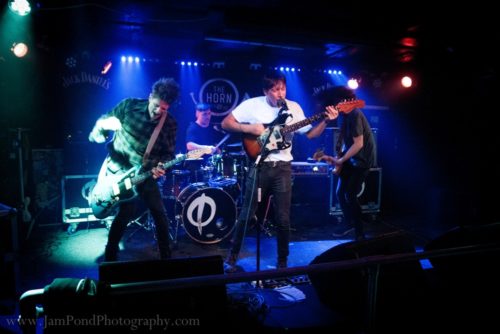 Unsigned and currently manager-less, I had a good chat with the band beforehand and expressed my shock at their lack of a record deal. Come on readers, one of you must be up for signing one of the most energetic indie bands. Their songs continue to haunt and remain wonderfully beautiful. I saw them a couple of weeks before at The Lexington and tried to persuade my 15 year-old daughter to come out to St Albans (North of London and near home). She refused. One day she will say, “I could have gone to see October Drift with my Dad when they were still playing back rooms in pubs”. A bit like I could have gone to see soft jazz legends Cleo Laine and Johnny Dankworth with my Dad. Had he been into The Sex Pistols, U2 or The Police, it would have been a different story. Try to see OD before they are interstellar and you have to beg me to get you a ticket. 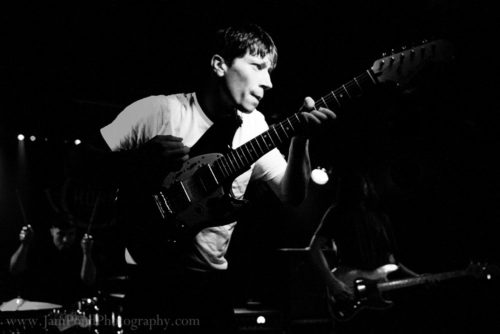 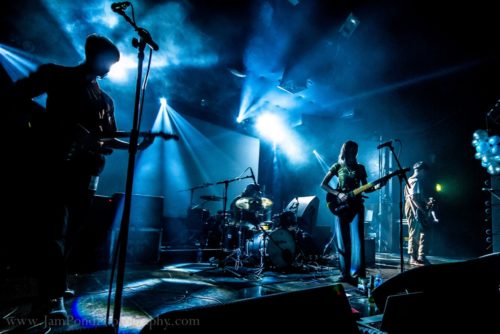 Saw this lot a few weeks ago with Alaskalaska and didn’t think much of them. Wow. A transformation has happened since then. Their songs are now slick indie tunettes with driving rhythms and bass. Maybe they just need bigger and fuller venues to be sorry in. They’re off on tour now, so keep an ear out for them. 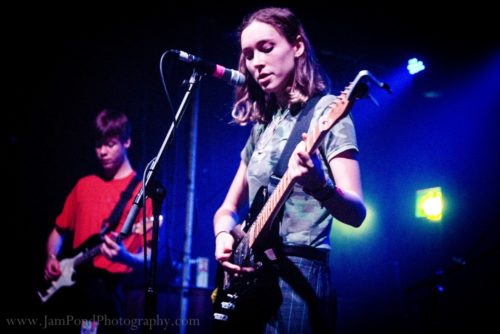 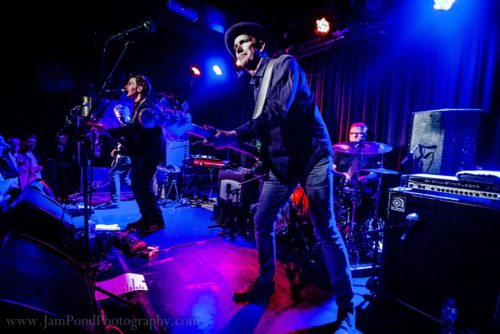 For some reason, I had confused the band with It’s Immaterial. The US’ The Dream Syndicate are from the same period of history (1980s) and played to a packed room full of blokes, most of whom were in their 50s. It was the first of two sold-out gigs at The Lexington, so they obviously know people who know who they are. Songs were largely inoffensive dreamy rock and dare I say it, not exactly memorable. Which may explain why I had forgotten who I was going to see. Or maybe I have Old Timers’ disease creeping in. They are touring their long-awaited and appropriately titled, fourth album; How Did I Find Myself Here? 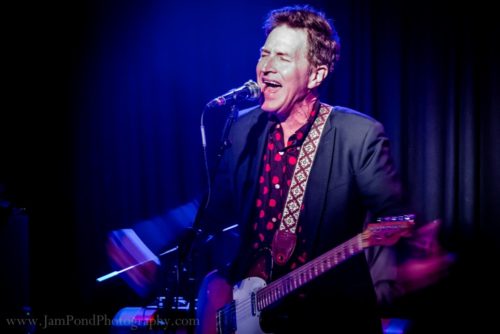 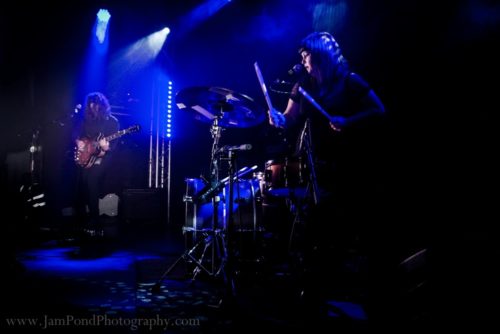 I enjoyed the duo a lot more than when I saw them supporting The Wedding Present at The Roundhouse. This time I didn’t spend the whole set wondering how it is possible to play drums and sing while standing up. I suspect that they get compared to White Stripes in looks, but there’s not a lot wrong with that. They play solid indie/garage tunes with guitar/drums/vocals. All delivered at pace. No wonder they’ve been a favorite of the gang for years. 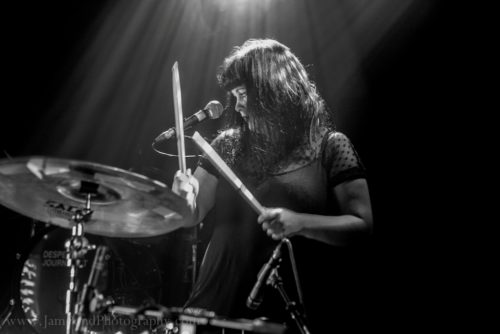 Marcus Jamieson-Pond is a regular contributor to The Revue. See his back stories here. More than 250 band shoots can be found at www.jampondphotography.com/gigs

Thanks to October Drift, Desperate Journalist, RockFeedBack, and Transgressive Records for inviting The Revue to cover these gig.// 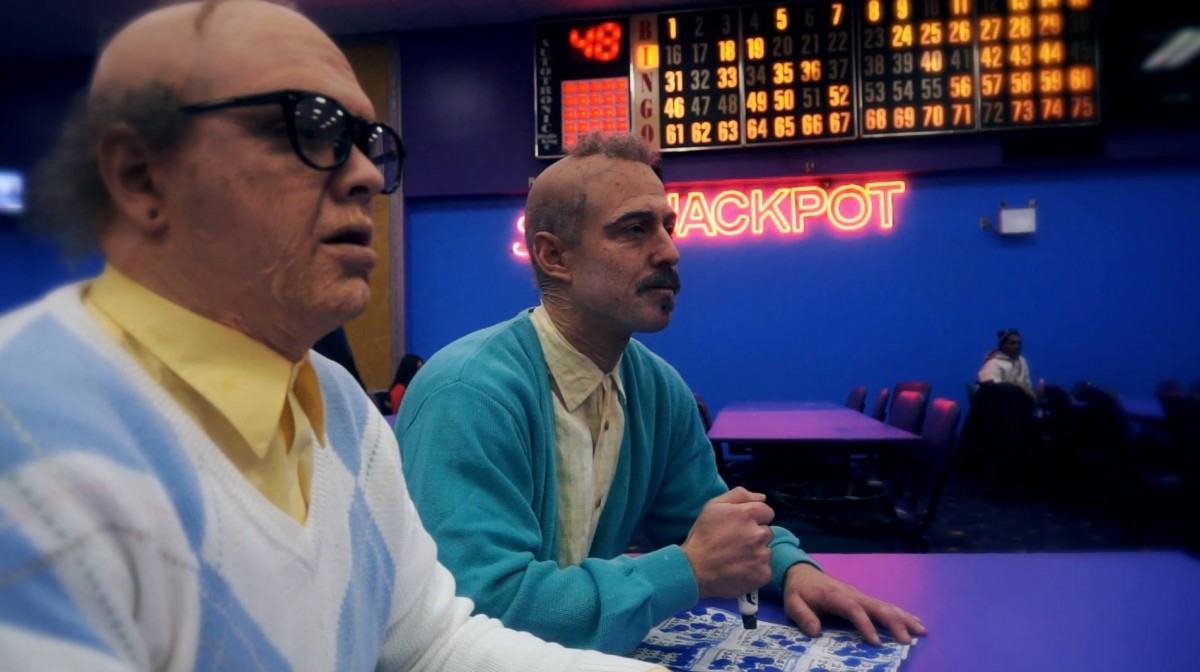 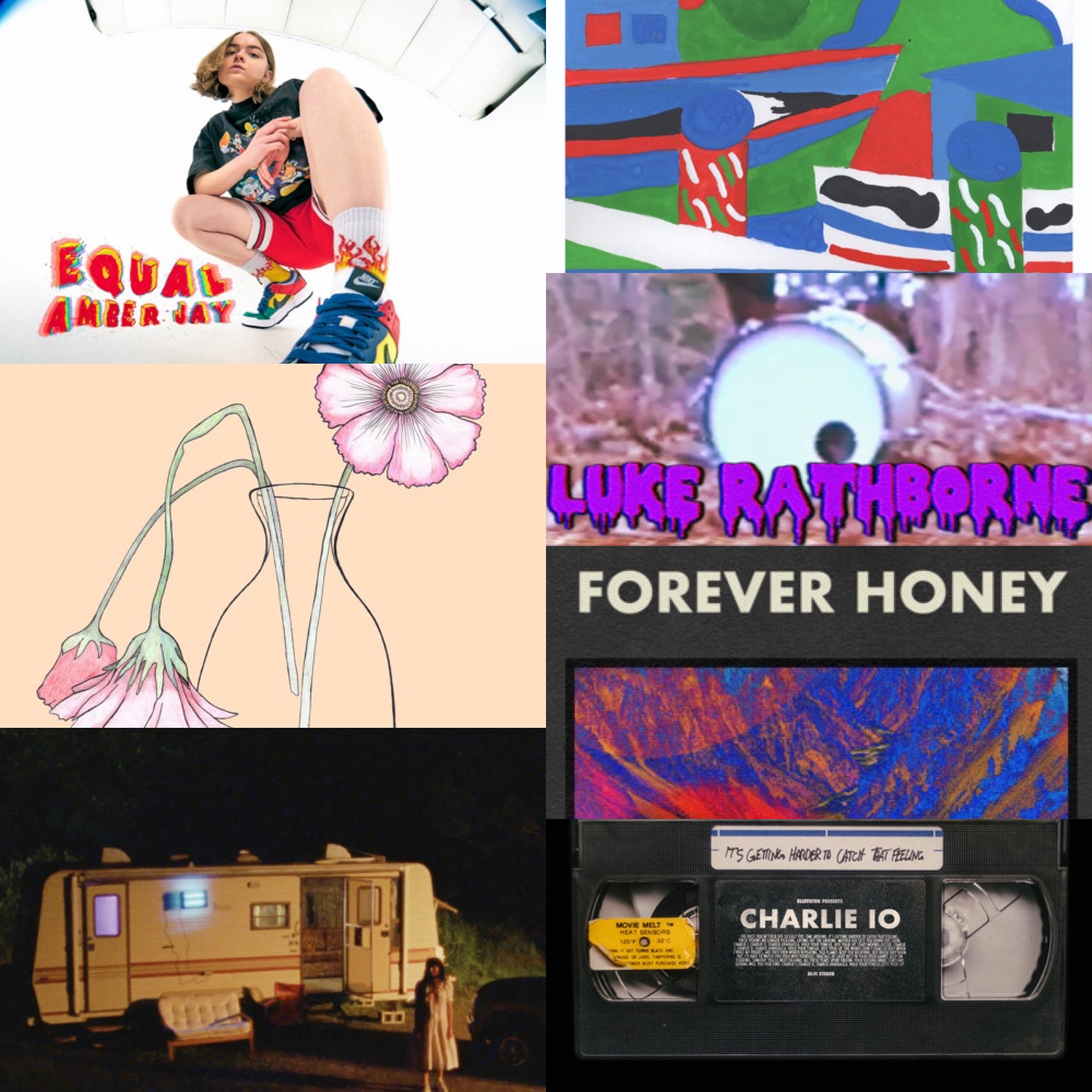