The first day of November brings a fresh batch of new music. Today’s mid-week playlist features an eclectic mix from around the globe, including artists from Australia, England, Greece, Scotland, and the USA. Let’s get started with a belated Halloween treat. 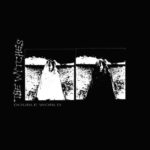 If you woke up today still feeling spooked by your Halloween revelry, this is the perfect tune to ease you into November. “Double World” from English psych rockers The Wytches will soothe you with its gauzy layers of reverb-heavy guitars. The vocals, meanwhile, swirl around your headspace with an invitation to “struggle one more time.” As you listen, it’s hard not to draw comparisons between The Wytches and the ‘90s-era Boston indie trio Morphine and the brooding stylings of Mark Lanegan, because “Double World” has just enough dark edges to be inviting and intriguing without sending too many chills up your spine.

Fans of The Wytches have been waiting patiently for a follow-up to last year’s All Your Happy Life. While they have not announced details about an album, for now these two versions of “Double World” – their Halloween gift to fans – will suffice. The songs are streaming now via Heavenly Recordings. The band’s upcoming European tour kicks off November 23rd in their hometown of Peterborough. 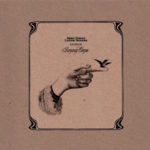 As soon as “Wordlessly Adored” begins, a sense of calm washes over you. This moving ambient piece from Greek instrumental band Burgundy Grapes has a cinematic aura. It conjures imagery of storm clouds gathering as you gaze at the sea. You can practically smell the warm salt air and feel ocean breezes caressing your face. That’s how evocative the tones are here. Just close your eyes and allow yourself to bask in the gentle melodies.

In the first minute, you exhale stress. As the song approaches the middle point, a subtle crescendo offers added complex textures. Continue to breathe slowly as this song transports you to a place of pure calm. We may not know much about George Kolyvas and Alexandros Miaoulis (the two key members of Burgundy Grapes), but this song is evidence that music transcends all barriers – of language, geography, and more. You don’t need to speak Greek or travel to that beautiful country to appreciate the serenity this song offers. 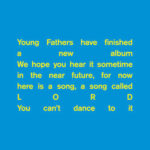 Scottish indie sensations Young Fathers may not have a full album out this year, but fortunately they have bookended 2017 with two brilliant singles. We featured their “Only God Knows” (from the Transpotting: T2 soundtrack) back in January, and now we have the new “Lord” track to savor until their new LP is finished.

This tune finds frontman Alloysious Massaquoi, Graham “G” Hastings and Kayus Bankole laying down some powerful grooves over layers of grand instrumentation. As the cover artwork attests, “You can’t dance to it,” which is true. Unlike their previous hits, “Lord” is more stately with anthemic swells and a simple, one-handed piano accompaniment woven throughout. Perhaps this is the band taking a breath after being thrust into the mainstream spotlight after T2. Or maybe they are simply showing the world that their range extends beyond pulse-quickening beats. There is no doubt that Young Fathers are pioneers in modern music. Here they grab our attention with a whisper instead of a scream, which only has us even more anxious for the new album to arrive.

“Lord” is out now via Ninja Tune from these streaming/purchase links. We don’t have a release date on the new album yet, but it is already on our list of Most Anticipated Albums of 2018. And if you haven’t already gotten to know Young Fathers, take a peek at The Revue’s 2014 interview with them here.

Sampa the Great – “Rhymes to the East” (Sydney, Australia via Zambia & Botswana) 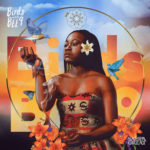 Sampa Tembo – the Australian hip-hop poet and singer/songwriter better known as Sampa the Great – may not be a familiar name to you yet, but she soon will be. She has been wowing fans in Australia since releasing her 2015 mix-tape debut. She is a fresh voice of powerful political awareness as well as a positive voice for change. Now on her latest single, “Rhymes to the East,” Sampa the Great proves why her professional moniker fits her perfectly. This fierce talent joins the ranks of Ibeyi and Kate Tempest as women who are making the music industry take notice. With lyrics as powerful as these, you may find yourself feeling amazed, and rightly so:

“Rhymes to the East” is, in a word, intoxicating. Sit back and lose yourself to its hypnotic beats. This single is out now via Big Dada on Bandcamp and these other streaming/purchase links. The Birds and the BEE9 arrives November 10th with pre-orders here. 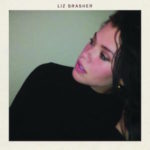 Prepare to be blown away if you are just now hearing Liz Brasher for the first time. The Memphis-based North Carolina native with roots in the Dominican Republic is one of the most powerful emerging voices of any genre. Her soulful delivery on “Painted Image” calls to mind modern singers like Rhiannon Giddens and Neko Case, while the tone of this song will haunt you with its yearning. Though she can be labeled as a “soul” or “folk” artist, she is both and neither simultaneously. Her sound defies genre labels and exists as a fusion of many styles. This makes it irresistible.

Since Brasher is a young artist still in her 20s, you can imagine the greatness that lies ahead as her career progresses. She is easily one of the most promising figures in American music, so get to know her now. It’s our bet that you will see her grace the stages of most major indie festivals very soon, from Newport Folk Fest, AmericanaFest, and Austin City Limits.

Fat Possum Records will release her debut album, Cold Baby, this Friday. You can order it from the label or Bandcamp. 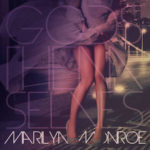 We last featured the Seattle-based disco-punk outfit this time last year when their “Tech Boys” single made us instant fans. The then-trio has now expanded to a four-piece, and in early 2018 they will release a new EP, Glamour and Grime. The first single has us ridiculously excited for its arrival.

“Marilyn Monroe” is a shimmering synth-pop gem with flashes of ‘80s-era brilliance. Currents of sensuality sizzle and pop with each note, as though the band are channeling the chic pop stylings of Patrick Nagel, the artist known for Duran Duran’s Rio cover. “Marilyn Monroe” is also an ode to the glamorous life. With its mentions of champagne and the bourgeoisie, it flaunts its glitzy surface charm. But The Gods Themselves always have more to say, and here they deliver subtext with a sly wink:

“Marilyn” is available now from their Bandcamp page in advance of their self-released EP’s February 2018 release. 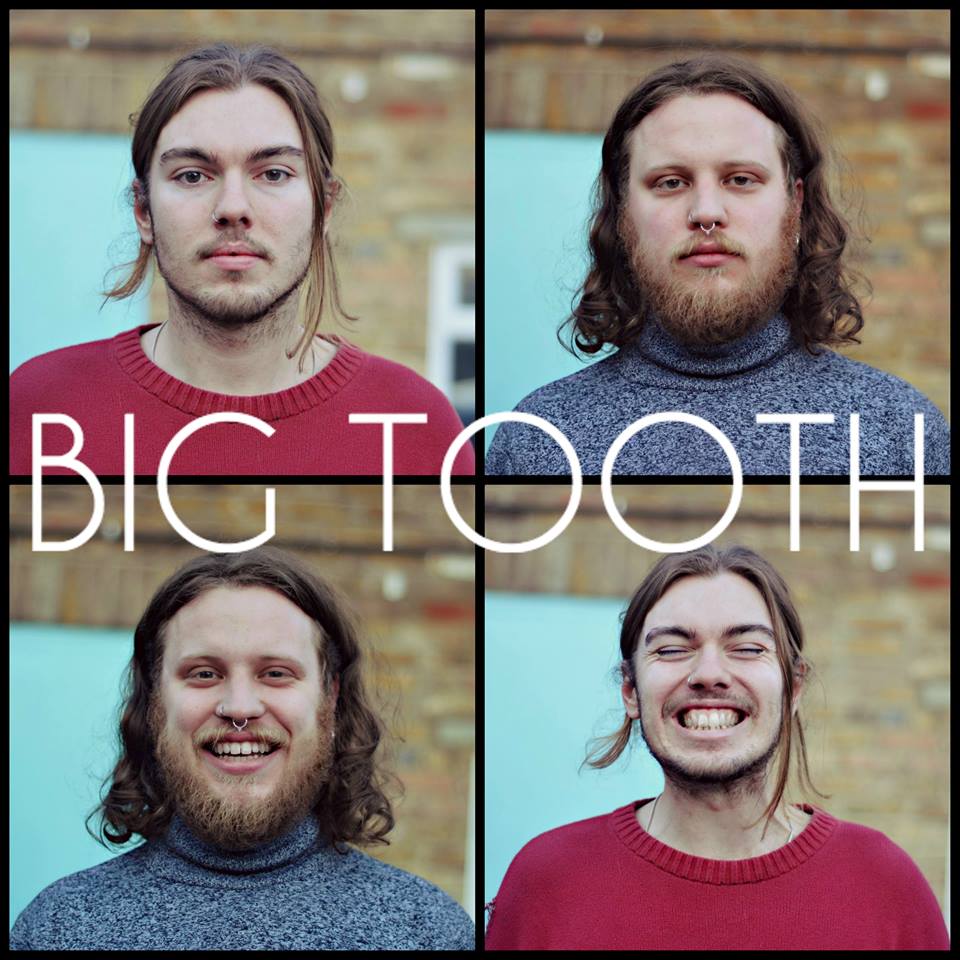 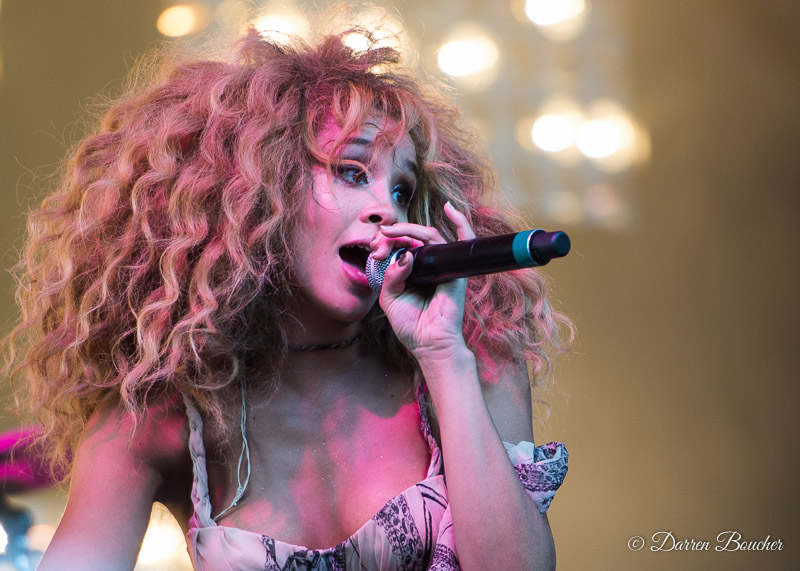